Art Dealers Face Down the Pandemic 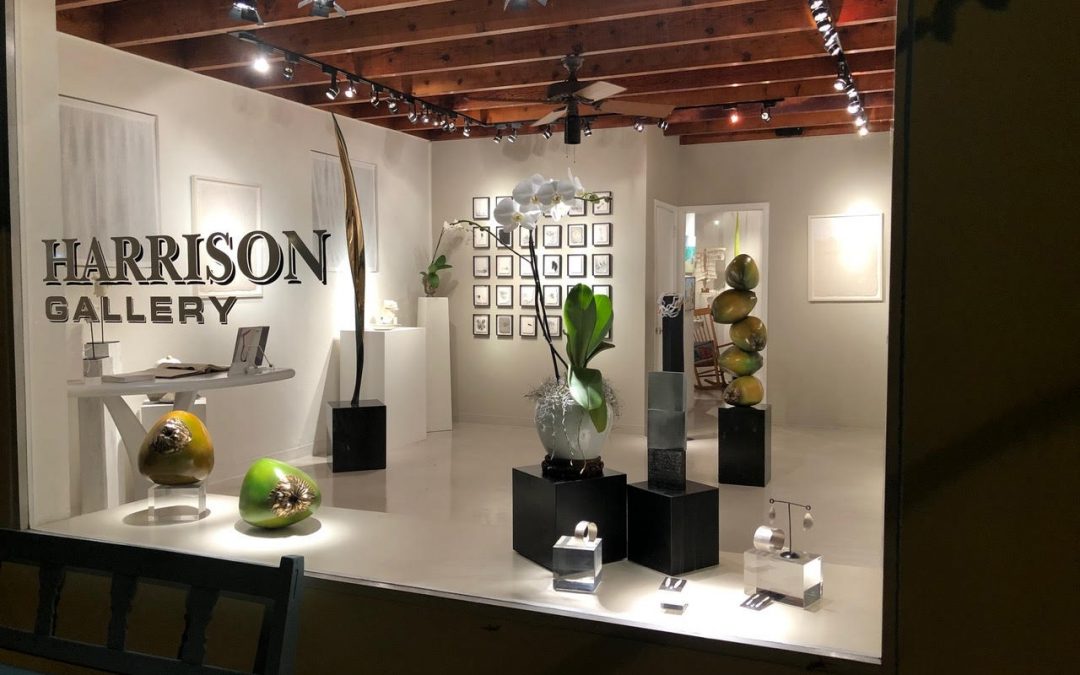 The fallout for small businesses—restaurants, shops, law offices, movie theaters, nail salons, you name it—during the global devastation wrought by Covid19 has been dire. And many art galleries, those not in the Gagosian or Pace stratosphere, qualify as small businesses. As reported in previous posts, here and here, the prospects for staying afloat in recent years have become ever slimmer, as art fairs and online sales swallow up so much of the foot traffic and collector interest that once supported brick-and-mortar spaces. 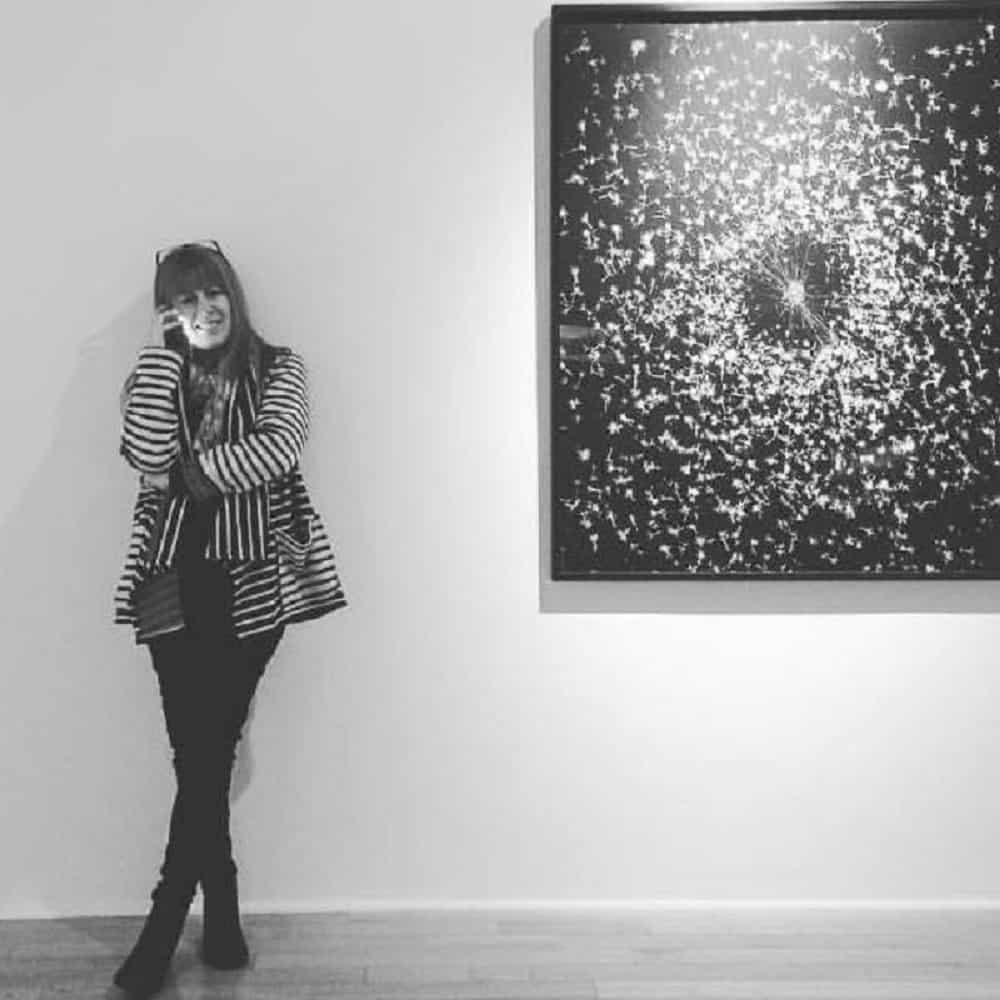 Liz Garvey of Garvey/Simon with a work by Julia Randall

And yet the mood among the dozen or so dealers I talked to, from Los Angeles to Denver to Vermont to New York, is surprisingly upbeat. “The art world was changing anyway,” says Liz Garvey, director of Garvey/Simon in New York. “This crisis is just going to perpetuate that, and hopefully make us come together. We’ll have to think of innovative ways that will allow us to present artwork to a broader audience. At the end of the day, there will be some good things happening from all this.”

But first the bad news….

Of course sales are falling through everywhere, and it’s often the case in the art business that a work might be held in reserve while the buyer makes up her mind, an amenity afforded by few other retail operations (imagining asking Saks to hold a pair of Jimmy Choos off the market while you make a decision). “Four sales have been canceled already,” says Tarrah Von Lintel, director of Von Lintel Gallery in Los Angeles. “People will spend money on other things before they go out and buy art. This is going to be a tough time.” 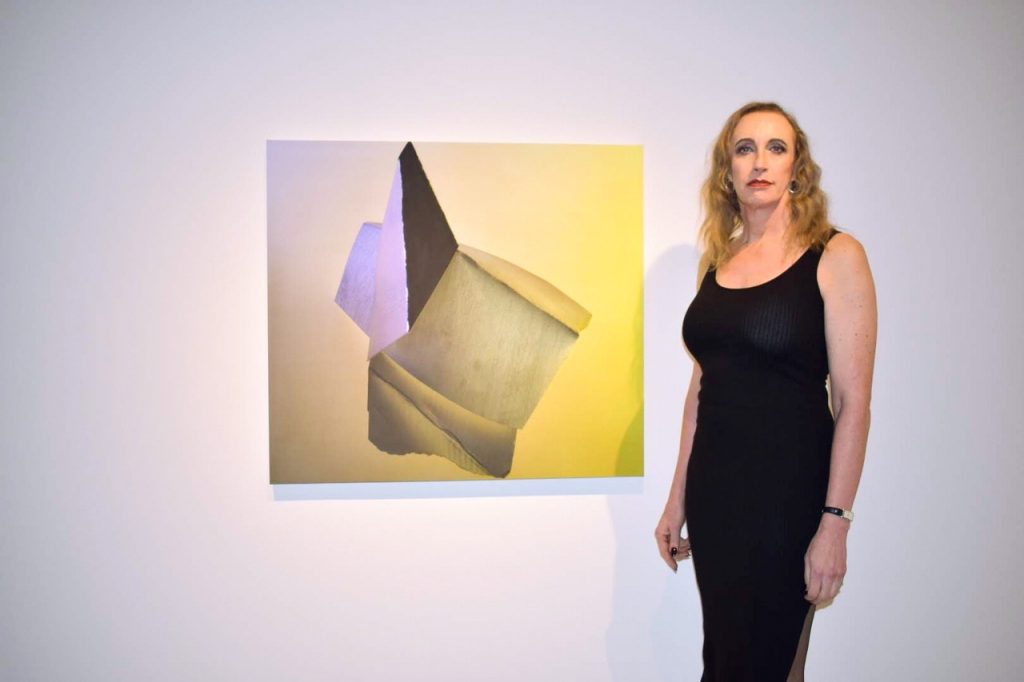 Tarrah Von Lintel with a painting by Kate Petley, at her gallery in Los Angeles 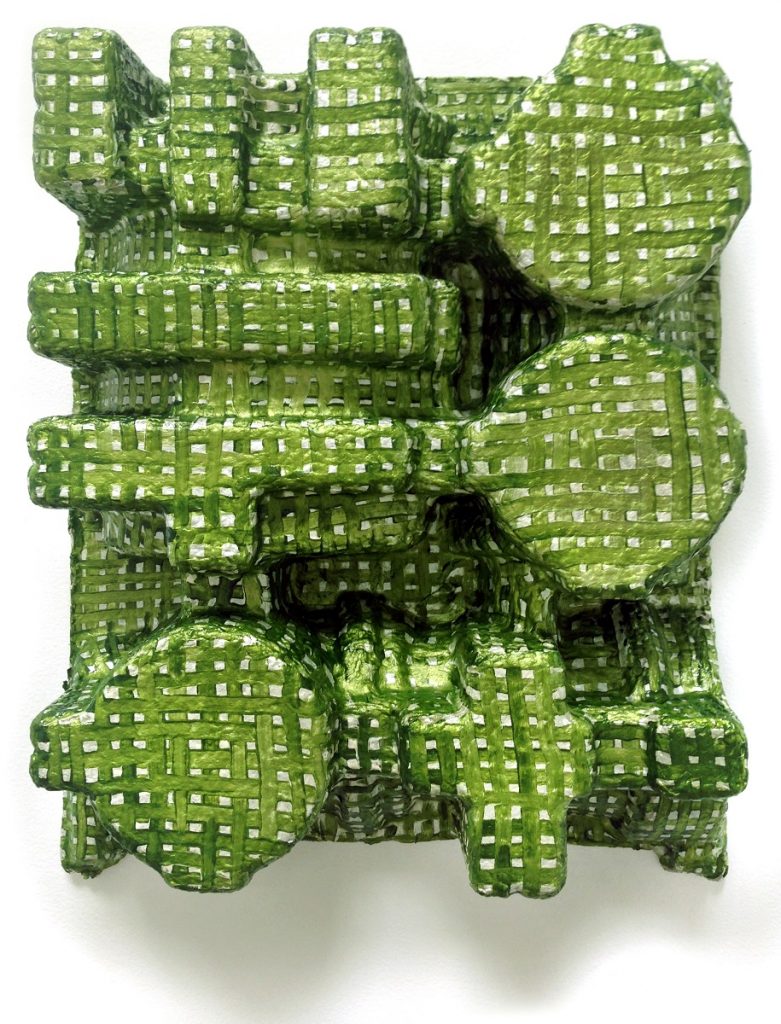 Jean Foos’s sculpture Verde Viente (2018) is part of a show called “Color” at Hal Bromm Gallery in New York, one of many exhibitions now visible online or by appointment only (oil paint on packing forms, 14.5 by 12.5 by 3 inches)

And many galleries cannot even do business by appointment only, even one-on-one and standing six feet apart, because entire buildings have been shuttered. The money to maintain staff may not be forthcoming either, not to mention the prospect of paying rent for a space that can’t stay open. “The advice is that you shouldn’t pay your rent if you can’t,” says Hal Bromm, whose eponymous New York gallery has been in business for more than four decades. “That’s been directed specifically to restaurants and bars, noting that if you don’t have the liquidity, don’t pay it.”

According to the Art Newspaper, a bill Is now before the New York State legislature “which aims to provide relief to residential tenants and small businesses (of fewer than 100 employee) in response to the outbreak of Covid-19. The bill also includes mortgage relief for landlords who would not be able to collect rent. So far, the New York bill has more than 20 co-sponsors and has garnered support from federal lawmakers ….Presidential candidate Bernie Sanders tweeted his support for the bill…and New York City Mayor Bill de Blasio has said he will also work with the state on a possible plan.” 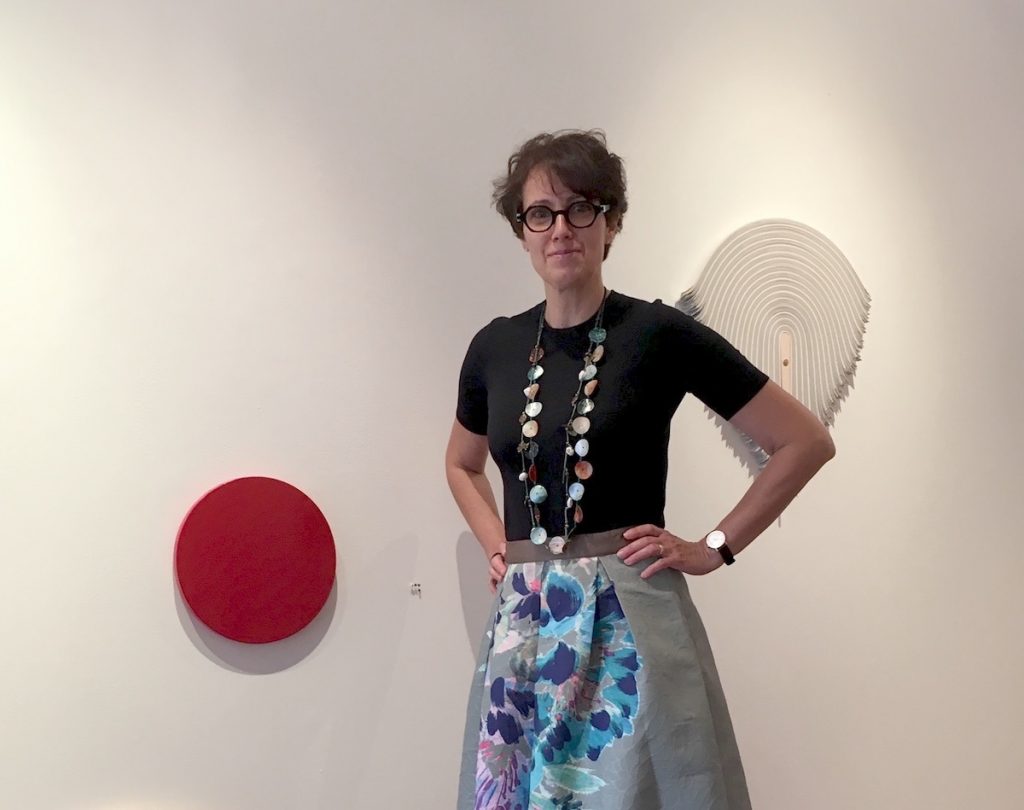 The report continues: “Maureen Bray, the executive director of the ADAA [Art Dealers Association of America] says rent is a top concern among its members following the Covid-19 lockdown. According to a survey the ADAA is conducting, more than 80% of galleries were forced to close in the middle of an exhibition with no immediate way of making up the losses. ‘We knew this would be a huge concern for any small business in New York and we’ll continue to monitor the legislation and offer resources on the changing landscape,’ Bray says.”

Compare that with the immediate relief offered galleries in Europe. One source the Art Newspaper cited spoke of a friend in Dusseldorf who was just handed a check for 15,000 euros to keep his gallery afloat. 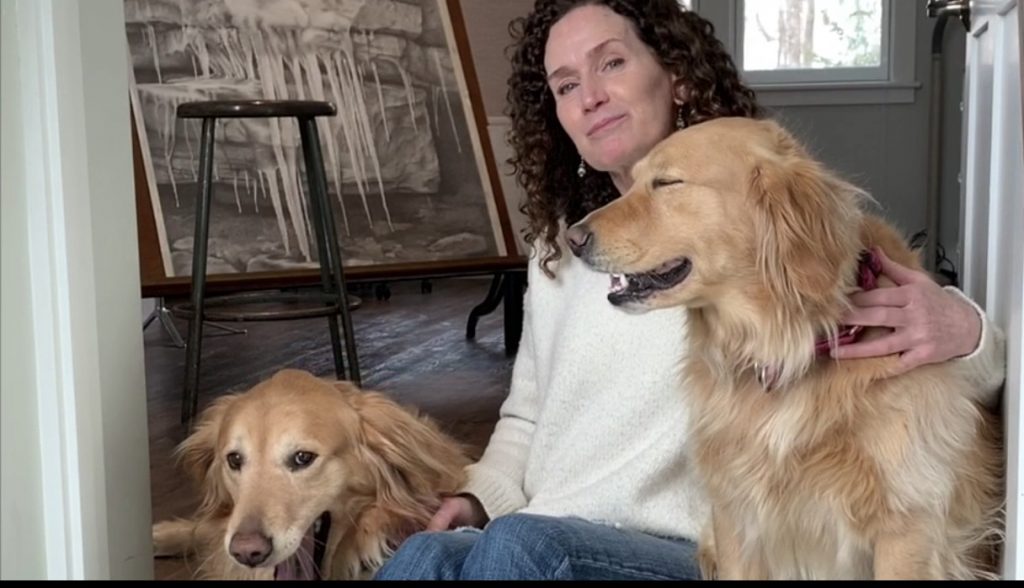 On the national front, says Garvey, “I don’t think the federal stimulus package will be much of a boon, but it will be something, and it will help people who do freelance jobs like art packing and handling. It’s all bad, but it’s better than nothing at this point.”

As in any crisis, some will be better prepared than others. They own spaces outright, have little or no staff, or simply come from backgrounds that prepared them for difficult times. “I studied business before I turned to art,” says Christine Pfister, director of Pentimenti Gallery in Philadelphia, PA. “I have long prepared myself for disaster and how to stay afloat. I can’t tell you how many times my parents would say, ‘If you can’t afford it, don’t buy it.’ And the use of a credit card was not an option.”

Moving to the ‘Net 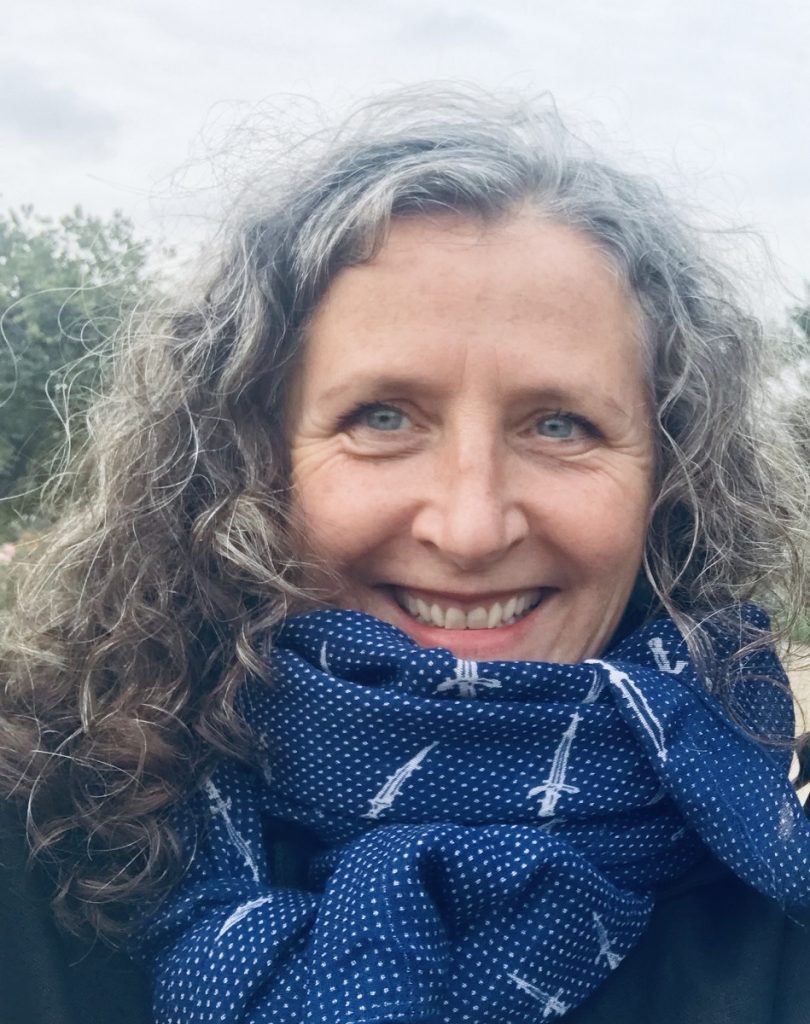 Most dealers, large and small, have maintained websites for years (and even that may call for budget cuts, if outside consultants or dedicated staff are needed for maintenance). The challenge now is finding more creative ways to display and promote art on hand and the gallery’s roster of artists. Pfister, for example, is introducing an online platform called the Pentimenti Warehouse, which “will feature projects and provide direct access to new work, along with rare-to-market and historically significant pieces by our gallery artists, to collectors and curators,” she says.

Entire shows are getting moved online (and stay tuned to the Vasari21 newsletter for more about this), instead of just a few featured works, and dealers are becoming more imaginative about posting videos of studio visits on their sites, on social media, and in newsletters. Garvey recently featured a studio tour with draftswoman Mary Reilly, short enough to be posted to Instagram. (My advice to artists would be to get really creative here: if you can do magic tricks, a little stand-up comedy, introduce a pair of peacocks, or anything to separate you from the pack, use your assets, because art videos are becoming as common as face masks at the supermarket.) 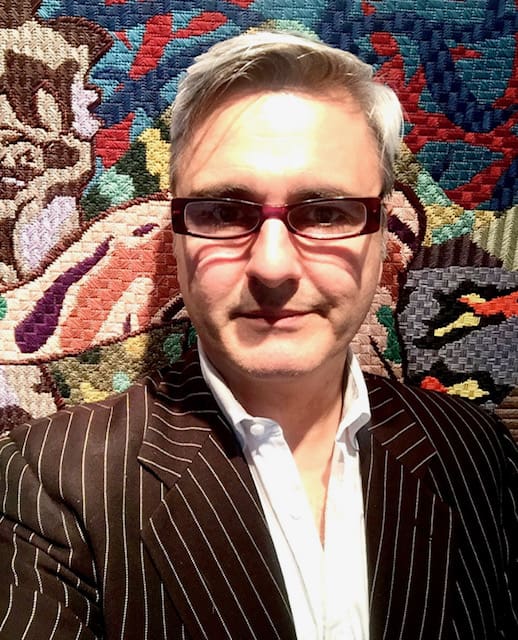 Garvey is also thinking about doing “virtual gallery walks,” if and when gallerists can get into their spaces, or curated shows in association with other dealers. Walter Maciel, director of the gallery by the same name in Los Angeles, is “organizing a few gallery walk-through video segments on YouTube that we can promote with our mailing list and web presence.” And artists are taking over sales of their own work, as much as possible (see Selling on Instagram for tips).

Anni Mackay, director of Big Town Gallery in Rochester, VT,  had an ambitious program of “A Year in Photography: An Exploration of Man’s Assault on Nature” planned for this year, which has now been shelved to 2021. She has, however, used the down time to apply for an emergency grant. “I’ve been running the gallery for 18 years,” she says. “I’ve gone through economic downturns, and we were massively affected by Hurricane Irene. I shut my business down for a solid seven or eight months. So in some ways I’ve been here before.” 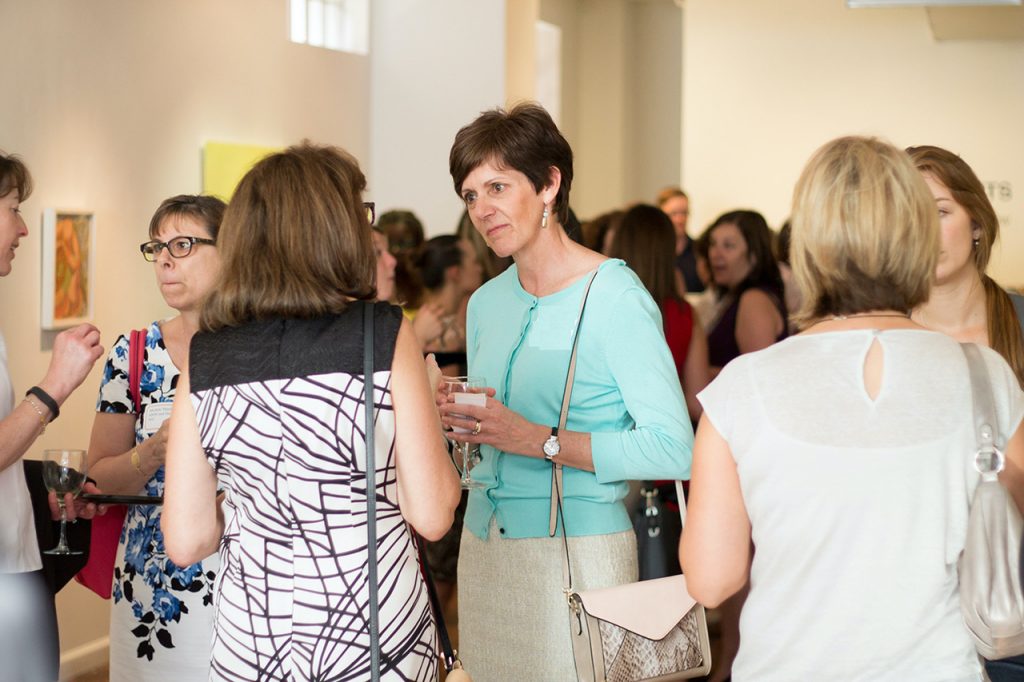 Pfister at a Pentimenti Gallery opening, before social distancing

To make matters worse, traditional online platforms where dealers have advertised their wares have not been stepping up to the plate, again according to The Art Newspaper: “Artsy, which bills itself as the art world’s largest online marketplace, is finding itself in the hot seat with some of its clients for its recently raised membership prices and, to an extent, taking the global pandemic as an opportunity to promote itself.” Artnet, claims the publication, “declined to comment on its current and future pricing plans, but several mid-level dealers …described their rates as unaffordable to all but blue chip giants.” And one source complained about 1stDibs,”which charges a 19% commission on sales on top of membership fees.”

Not surprisingly prognostications are mixed. “A lot of smaller businesses will not survive,” says Bromm. “I don’t know if all the auction houses will survive. A lot of artists individually will survive, because artists are hardy people who survive on almost nothing until they’re famous.”

“I think a new paradigm is coming,” says William Havu, director of the William Havu Gallery in Denver, CO. “I expect it is going to take some time for people to feel comfortable in a crowd, so [even once restrictions lift] we may be working on an appointment-only basis for six to twelve months.” 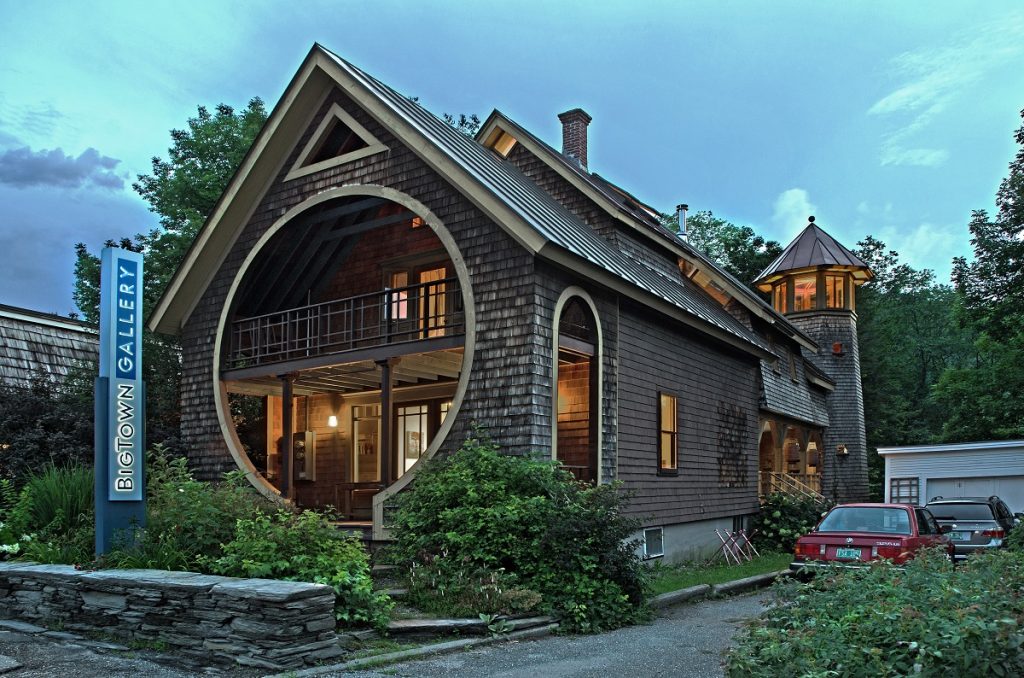 On the good-news front, Maciel says, “I feel like the art community is supporting and sill continue to support us in every way possible.”

And most are just as occupied during the “downtime” as they were before the onset of the pandemic. “I’m quite busy during this time of confinement,” says Pfister. “With my team, we are developing a project I’ve wanted to do for quite some time. I’m still working with collectors, and I’m in touch with my artists. I also schedule studio visits via teleconferencing.”

Mackay says the fallout from the pandemic has made her rethink her business model. “We’ve been trying to do so much in the last two or three years, so I’m enjoying the idea of programs that will unfold over a longer period of time.

“I see it as a great opportunity,” she continues. “It’s a time to regroup, to take care of yourself and the people you love.”

Top: One of many shuttered art emporiums, the Harrison Gallery in Key West, FL, which has a solo of Tory Mata’s works on the far wall