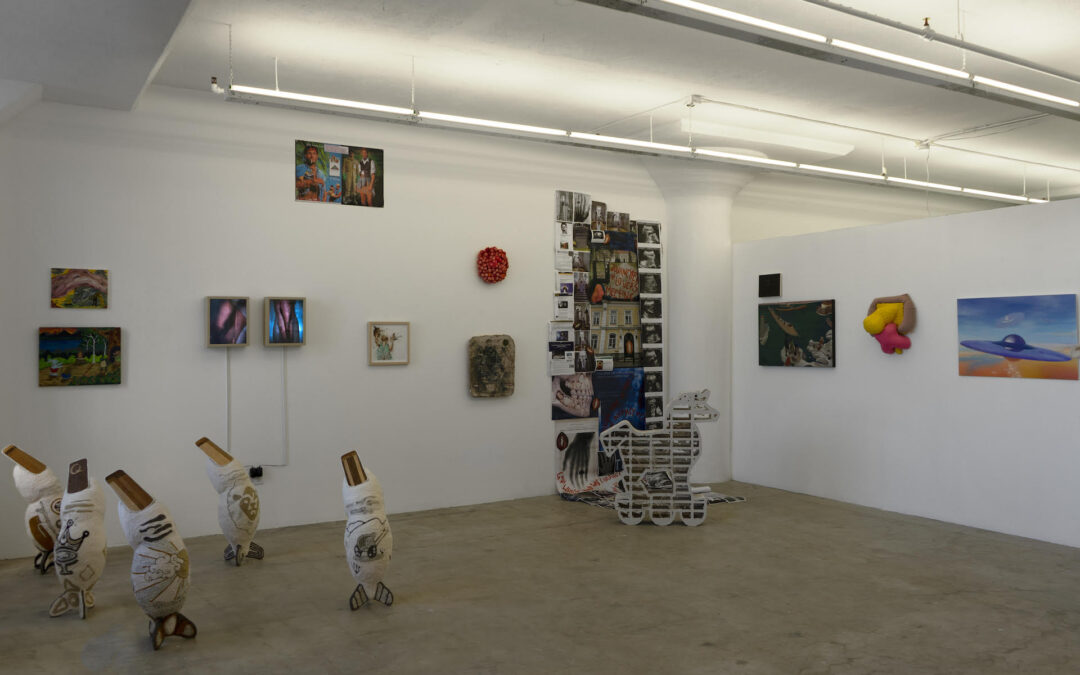 The first in a series of reports on the art world.

In May, it seemed like we were almost entirely out of the woods with Covid-19, and then along came the Delta variant and the post-pandemic euphoria rapidly dissipated. Still, as long-time observers of the Los Angeles scene observe, a mood of cautious optimism prevails. “I’ve been getting to the city regularly, going to shows and lectures, sometimes once a week,” says artist Virginia Katz, who lives in Orange County, about an hour south of L.A. “But because we’re still in the throes of a pandemic and the case numbers have been going up again, the guidelines have changed. Now they’re requiring masks indoors, and even at some outdoor events, like baseball games. It’s a week-by-week thing, but for right now things seem to be open and on track.” 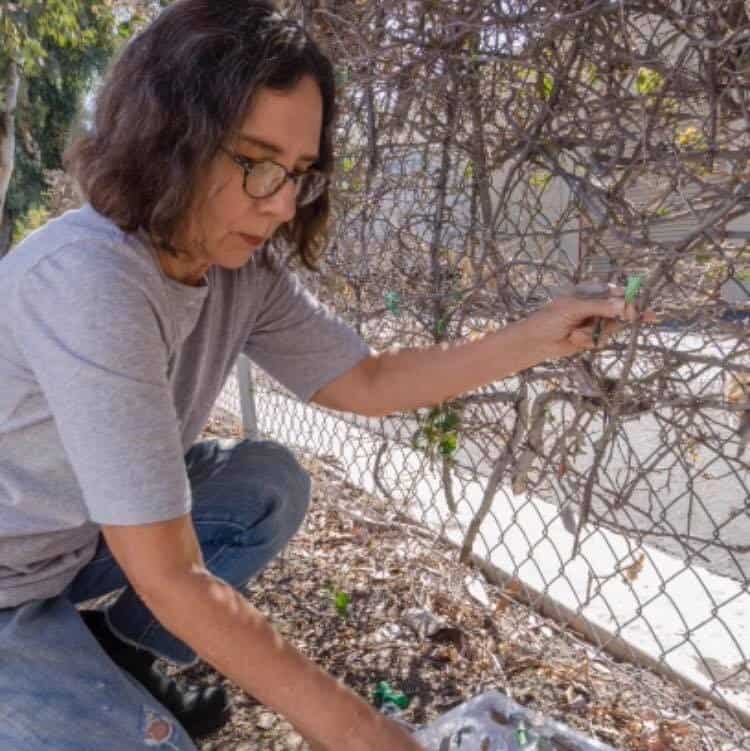 Because the city enjoys temperate, usually sunny weather, there have been numerous pop-ups and opportunities to visit art in outdoor spaces, even shows you could see only from the safety of your car, such as the Drive-By-Art exhibition organized by Warren Neidich more than a year ago. But most galleries and museums remained closed or open only by appointment. “Then in May, L.A. County announced that museums were re-opening at 75 percent capacity, though some chose a smaller percentage,” reports artist Susan Chorpenning. “Everyone got very excited, and many galleries re-opened.” But there are nonetheless restrictions. “The Hammer and LACMA require masks again, and they are mandatory at all indoor public spaces. The Broad has timed entry, no walk-ins.” 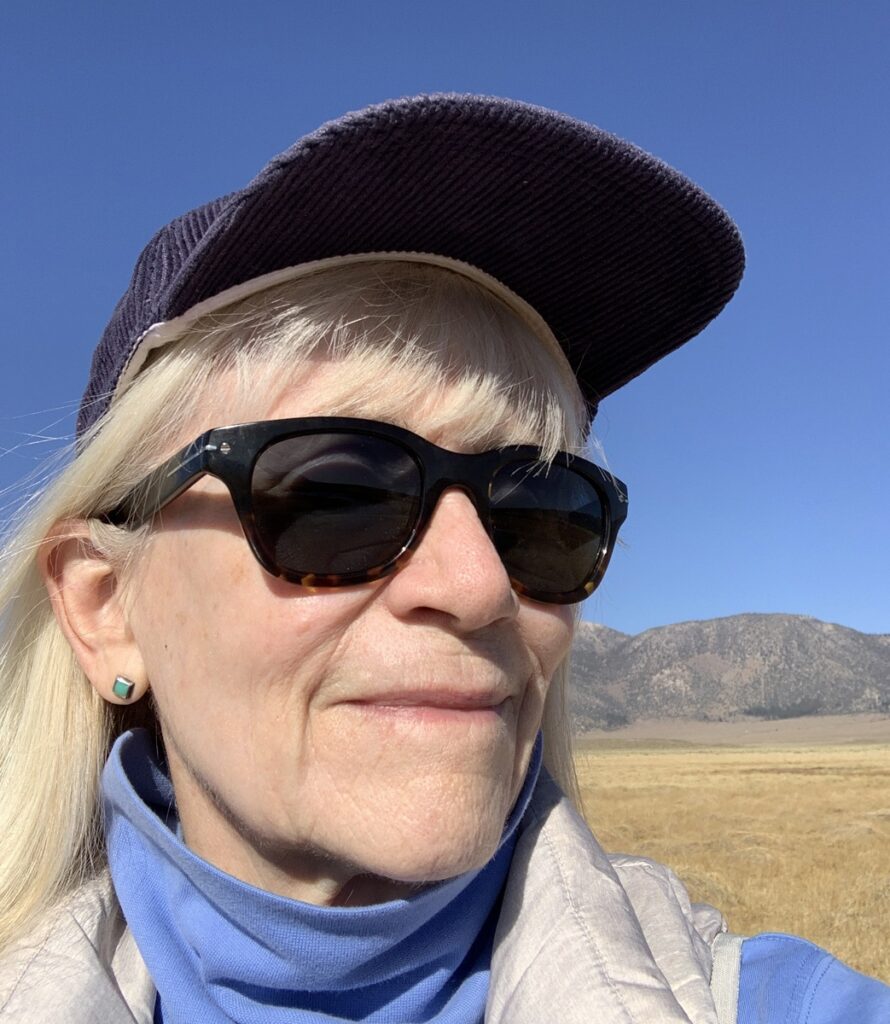 Still, she adds, “people are not staying in, as during earlier surges.” Great shows abound, including Pipilotti Rist’s 30-year retrospective at MoCA and Lorna Simpson at Hauser & Wirth. “I decided to go ahead with my show at Loiter Galleries, which opens October 2. Like everyone else, I am simply unwilling to wait another year and a half without doing an actual physical show.”

Reports gallerist Tarrah von Lintel: “I moved the gallery to an easily accessible location in response to the pandemic from downtown Los Angeles. At the end of May, I had my first opening at Bergamot Station, Santa Monica, where parking is easy and ample. I have been nothing but astounded at the sheer number of people coming through to look at art since then. Everyone is so happy to be seeing art in person again after having spent most of their time at home for the past 15 months or so. I am also noticing that visitors are not on their phones while they are looking at the art.  Before the pandemic it was hard to get people to look up and appreciate what’s in the gallery. This no longer seems to be an issue. I think most people have realized that digital is a great tool, but it is not a replacement for the object itself.” 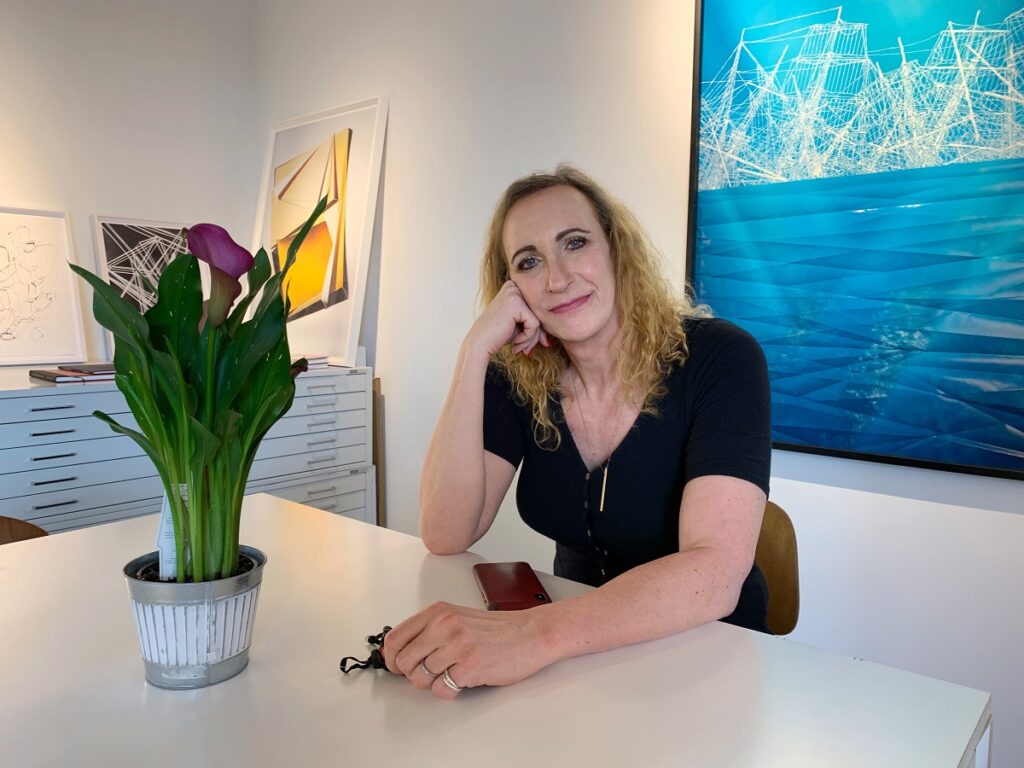 “A lot of alt spaces are run by artists with young families, so we all stay masked up and make sure anyone attending an event or show keeps their masks on,” says Carl Baratta, co-director of the nonprofit space Tiger Strikes Asteroid in L.A. “Everyone I know in the alt and commercial gallery scene is keeping a close eye on the evolving safety policies as we move forward.

“We have moved a lot of events outside and are currently working on a two-day pop-up on the roof of our gallery building at the Bendix,” he adds. “The Torrance Museum recently organized the Nomad art show, with more than 450 artists in 87,000 square feet of raw commercial space. We had 4,000 visitors come by—not too shabby for our first big outing during a pandemic.” 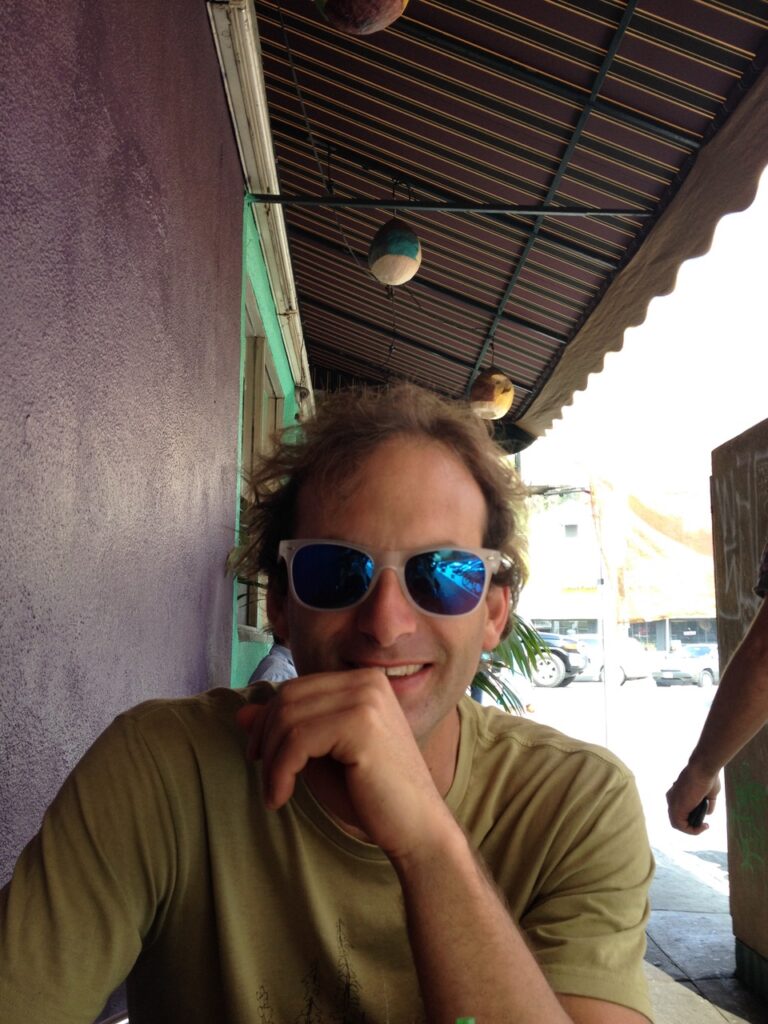 The galleries may be enjoying a post-Covid resurgence, but the quality leaves much to be desired, in the eyes of some. “I’ve gone out only a little bit, but for the most part I’ve been really turned off by what I’ve seen at the higher-end galleries here,” says an artist who asked to remain anonymous. “It’s bad artwork by minorities and others who have been excluded from the system for so long. But you can’t say that because it’s not politically correct.” Another artist noted that places like Gagosian and Hauser & Wirth are showing nothing other than blue-chip contemporary and modern: Jean Arp, Alice Neel, Nancy Rubins, Bridget Riley, Albert Oehlen, Henry Moore, et al. But when was that ever not the case?

What deters many from heading into Los Angeles, or being out and about, is the homeless problem, which grows ever more dire. “The homeless situation is falling off the map right now,” observes Linda Vallejo, an artist who lives in Santa Monica and Malibu. “There are more and more people living in their cars. Garbage keeps piling up. I see this at my doorstep every morning,” says Jamie Hamilton, who lives in downtown L.A. “The answer the City Council has come up with is they’re now criminalizing homelessness. You can’t camp on the streets anymore, and there’s concerted effort to get the homeless out of the richer neighborhoods. The scale of it is so vast that they’re talking about building internment camps for the homeless.” 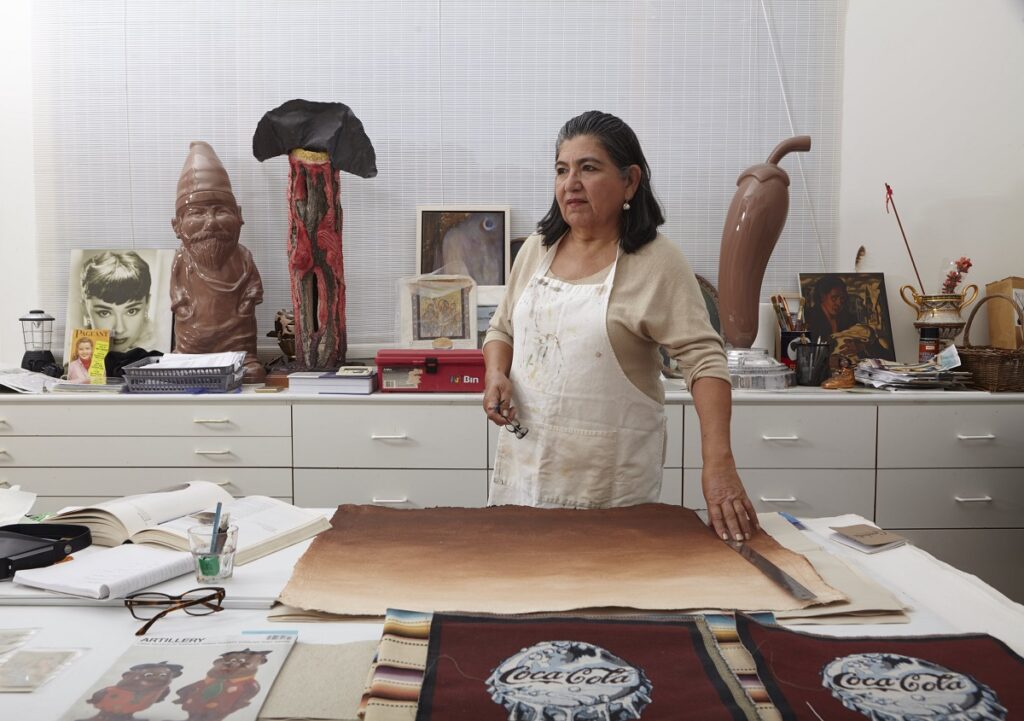 As for personal safety, Vallejo says that “many people have policies about who they will allow in their homes. I’m basically spending time with my husband and my home and my kids and grandkids.”  David Rubin, a curator, critic, and artist, agrees. “Even though LA has pockets of anti-vaxxers and Trumpers—in Orange County, for example, people are for the most part following protocol.”

“I think the best we can do right now is plan exhibitions to happen and set dates and stay flexible as we slog through flu season,” says Baratta. “We have to remember that everyone has realistic expectations, and these days sometimes things have to be pushed back. It’s not great, but it’s better than full-on lockdown.”

Top: An installation shot of the recent show “Hybrid” at Tiger Strikes Asteroid