The Death of the Gallery? Part One 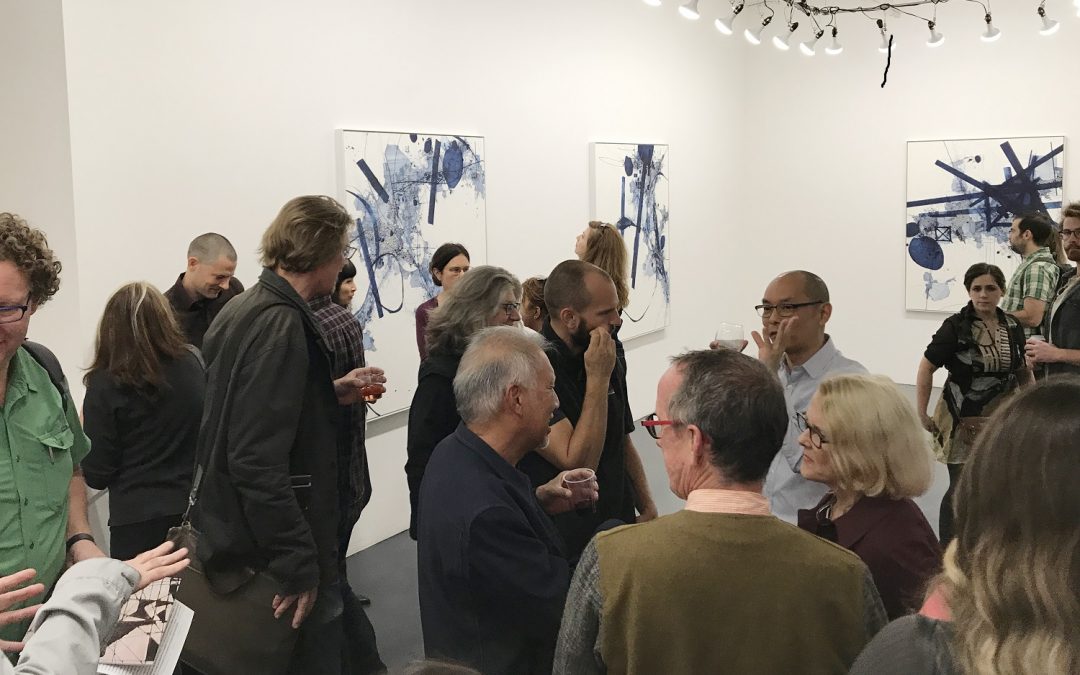 Walter Maciel: taking time off from the art fairs

Hey, not so fast! But first the bad news….

In the last year or so, there have been several alarming reports about the demise of the mid-level, or mid-tier, gallery—those stalwart spaces that show new art and support artists who may never achieve superstar status but are building careers and steadily turning out imaginative and worthwhile work. The New York Times reported on “a trend toward an intensely commercial and competitive art market [that] has resulted in a critical mass of galleries folding, moving, or merging.” Between 2015 and June of last year, ARTnews calculated that 46 galleries worldwide shuttered their businesses; by comparison, between 2015 and 2017, the magazine noted, “there were only a handful of notable closures—around 12.”

A few basic reasons are cited for the shrinkage—pressure from art fairs, rising rents, reduced foot traffic, internet sales via specialized sites and Instagram, and less of a willingness to gamble on emerging talent. These are, to be sure, significant factors that are changing the nature of the art market. But an informal survey of about ten dealers around the country shows the situation is probably not so dire as would appear from the mainstream media. The times they are a’changing. Yet dedicated gallerists are making moves to accommodate to the shifting nature of the art market.

Whither the Art Fair? 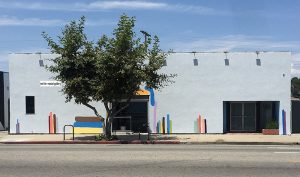 Complaints about the inequities of art fairs have been snowballing in recent months. The “art-fair industrial complex,” opined critic Jerry Saltz just a few weeks ago, “makes it next to impossible for any medium/small gallery to take a chance on bringing unknown or lower-priced artists to art fairs without risking major financial losses. Meanwhile high-end galleries clean up without showing much, if anything, that’s risky or innovative.” He suggested that art fairs impose a system in which the megadealers—like Hauser & Wirth, Gagosian, David Zwirner, et al.—institute a “graduated fee-schedule with the megagalleries paying more than other galleries. Especially because the current system benefits these galleries the most.” And some, he reported, have put forward similar proposals that top-tier galleries pay higher prices to subsidize smaller galleries. At the moment, though, that seems about as realistic as MoMA lowering its entry fees to five bucks per visitor.

What is happening, though, is that small and mid-size galleries are quitting the art-fair circuit altogether. Veteran dealer Jose Freire of Team Gallery, who has participated in a “staggering 78 over the past 17 years,” told Artnet news that “he will never do another art fair again.” He cited “booth costs, the exchange rate, the fabrication costs, shipping.” Like others in the business, he could easily shell out $150,000 for a booth only to realize a small profit. 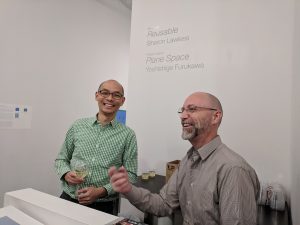 Others say they are taking a break. “I did my last fair in New York at Art on Paper this year,” says Walter Maciel of Walter Maciel Gallery in Los Angeles, “and now I’m taking time off. In 2007, the fairs were really exciting. You had a whole bunch of collectors. I would send out follow-up notes, and some sales would come our way. In the last few years I haven’t been meeting serious collectors the way I used to.”

“We’re taking this year off because there are too many fairs,” says Robert Walden who is both an artist and a partner (with Henry Chung) in Robert Henry Gallery in Brooklyn. “Even though we depend more on art fairs than on clients coming in the door, I do think there is art-fair fatigue.”

Beyond the costs, the sheer size of major fairs is a factor dealers are beginning to find daunting. When he attended Frieze on Randalls Island this spring, Hal Bromm of Hal Bromm Gallery in Tribeca, noticed that “it was larger than it was in its previous incarnation. It’s now one long tent with a couple of perpendicular intersections. People this year were complaining that unless you had the map in your hand, you could easily get lost. Dealers were grumbling about the lack of business.” The situation was not helped by a breakdown in the air conditioning on opening day, but to their credit, the Frieze organizers offered refunds.

Hal Bromm at the Hal Bromm Gallery in Tribeca, NY

Indeed, a greater sympathy to the plight of mid-level galleries may be in the works among those who mastermind these extravaganzas. “I had three New York fairs calling to offer me discounts a few weeks before their openings,” says Charlotte Jackson of the eponymous gallery in Santa Fe, NM.

As many dealers note, the art fairs are notorious as “feeders” for the bigger operations, as are traditional brick-and-mortar establishments that take the risks of launching new talent. “Big galleries need a gallery like me to find the artists,” noted Freire in the Artnet interview. “Because there is something untainted, something pure, in a gallery like mine trying to launch a new artist, whereas a bigger gallery merely acquires an artist whose market has already been made.”

“We’re the ones who are bringing to the table artists a larger gallery might want in the future,” adds Jackson. “If one of my artists comes to me and says a big dealer in New York wants to take me on, I can’t say to my artist, ‘Don’t leave me.’ I’m supposedly working for the good of the artist.”

Where Have All the Collectors Gone?

As many reports have noted, the same high-end collectors frequent the same high-end galleries and buy the same blue-chip art. “[R]ather than visiting individual galleries—and perhaps discovering new talent—collectors are focusing on market-tested trophy works carried by major dealers,” the Times claimed a year ago. At the fairs, groused Saltz, you see “a shinier parallel art world acted out before your eyes. You can safely assume that, whenever you show up, most of the big-ticket items in these booths — the works by Warhol, Koons, Murakami, Basquiat, Stingel, De Kooning, et al — have been sold almost immediately. The action is so fast that now some of these dealers arrive on private planes, schmooze the clients, make a killing, and fly out. Like hired killers, you never really see them; they blend in, do their business, and disappear into the night.”

Not at an art fair: Kim Foster and husband, artist Tony Petracca, in Marrakesh

New collectors at the fairs have become an endangered species. “Collectors are not using fairs to find new artists,” says Maciel. “There was a time when people were excited about seeing artists from different parts of the world. Now it takes a lot more handholding.”

Nor are potential collectors frequenting the brick-and-mortar establishments as avidly as in the past. “I used to have clients who were bankers pulling down high salaries, and they could afford to spend $5,000 or $10,000 on art,” says Kim Foster, who has owned a gallery in Chelsea for more than 20 years. “Now the few people you see wandering around the galleries are in it just to buy names. They’re going to Hauser & Wirth, Gagosian, Matthew Marks. They’re buying the brand.”

And yet the problem seems not to be a lack of disposable income on the part of would-be clients. “I can’t tell you how many times I’ve heard from people, professional people, who say, ‘I can’t afford to buy artwork,” says Walden. “They balk at buying a thousand-dollar drawing, and then they pull out a thousand-dollar iPhone. People who will spend $5,000 on a giant TV won’t spend it on art.”

At the same time, foot traffic to the gallery districts has declined. This writer can remember a time when the Saturday passeggiata among artists, collectors, critics, and the art-loving public was a regular phenomenon on upper Madison Avenue and East and West 57th Streets. The same occurred in SoHo during its prime and then Chelsea in the early days. But even with the opening of the High Line a few years back, with its 1.5 miles of elevated parkway from the West Village to 34th Street hovering just above the critical mass of art emporiums, “people are not coming to galleries as much,” notes Foster. “I get at most 20 people a day.”

“We don’t get a lot of foot traffic, but we do get a lot of tourists,” adds Walden, whose gallery is gallery is in the relatively new art district of Bushwick. “On weekends we have maybe 60 to 80 people. Of those maybe .001 percent may actually be buying.”

So what are galleries doing to shore up their business and stay in the game for the long run? In Part 2, we’ll see some surprising responses and creative solutions. All of which is good news for artists. “Both artists and dealers have to come together and think outside the box,” says Liz Garvey of Garvey/Simon in New York. “I don’t see galleries just going away. There will always be a need for that in-person experience.”

Top: The opening for “Derek Lerner In-Between” at Robert Henry Contemporary in October 2017