It’s a good way to raise money for a project, for research, or for a publication like Vasari21 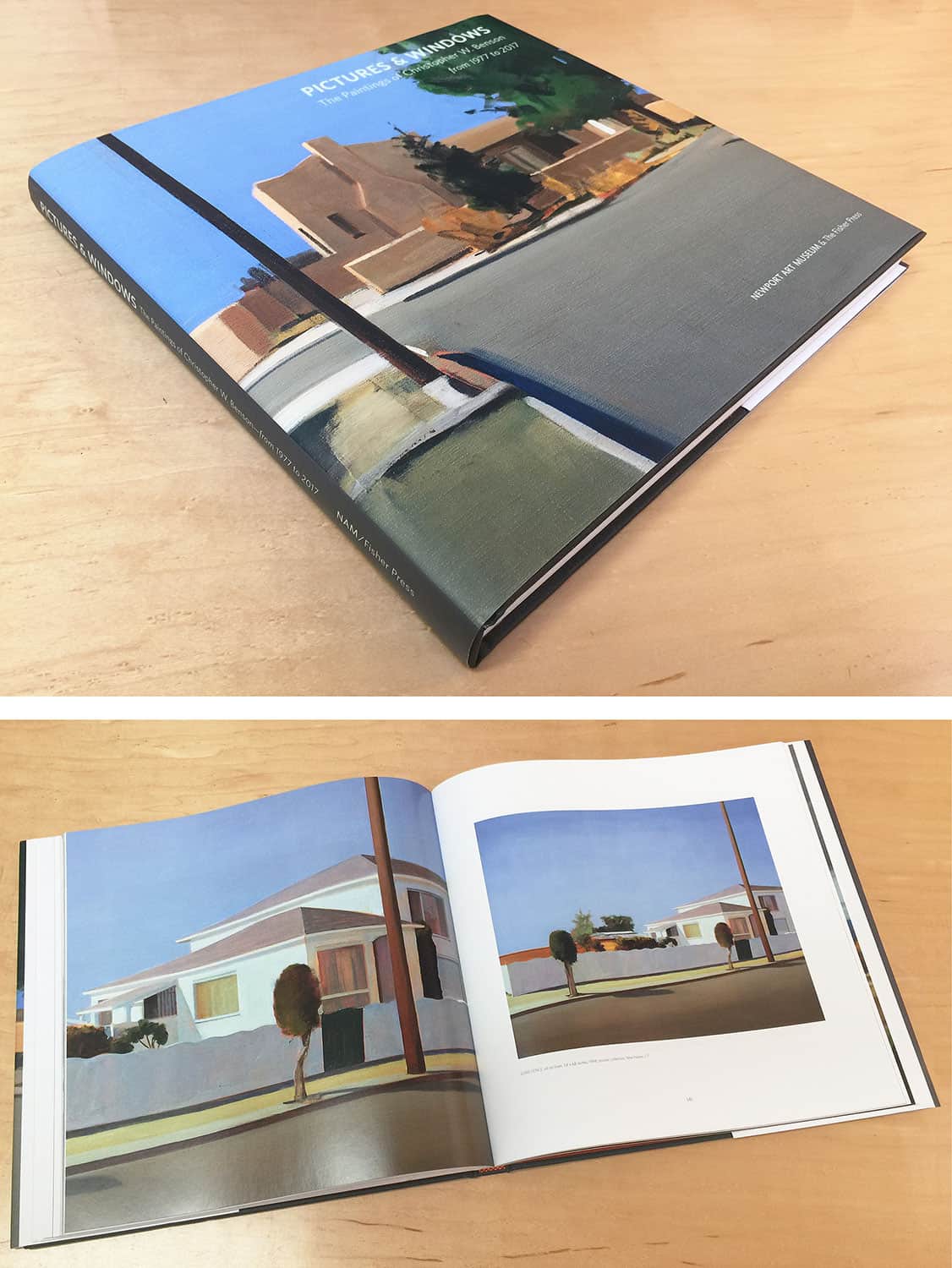 Christopher Benson raised $38,000 to produce a coffee-table volume of his paintings

Crowd-sourcing has become a popular way for artists to fund specific projects, whether it’s a book or a body of work or a trip to do research. Two of the most popular platforms, Kickstarter and Indiegogo, will help you set up and launch a platform, providing an online conduit through which your supporters can funnel funds via a credit card, PayPal, or sometimes even a check or money order.

But I can tell you from experience with raising funds to launch and maintain Vasari21 that it can become very nearly a full-time job and requires reserves of nerve I never knew I had (when I was a child, I had trouble even asking my daddy for my 50-cents allowance, and hitting up folks for bigger bucks decades later proved even more difficult).

“You have to network your butt off,” advises Christopher Benson, who has successfully funded two book projects through Kickstarter, the most recent an autobiographical coffee-table volume of 40 years of his work (102 backers pledged more than $38,000 toward publication).

Kickstarter and Indiegogo will take you through the steps of a campaign, which includes a written overview with whatever visuals you want to insert and a short video in which you explain your project. The video is critical. “A lot hinges on that because it’s an easily accessible sound bite,” says Benson. There are a couple of ways to do this: hire an expert videographer, as I did, and film yourself giving the pitch, or if you’re not comfortable in front of a camera for any length of time, try a brief clip of yourself (people do want to see what you look like), followed by a montage that illustrates your cause. Krista Svalbonas chose the latter to raise a little more than $5,000 to document the refugee camps in Germany that once provided a home for her parents, photographs of which became the basis for a series of prints she is working on now. 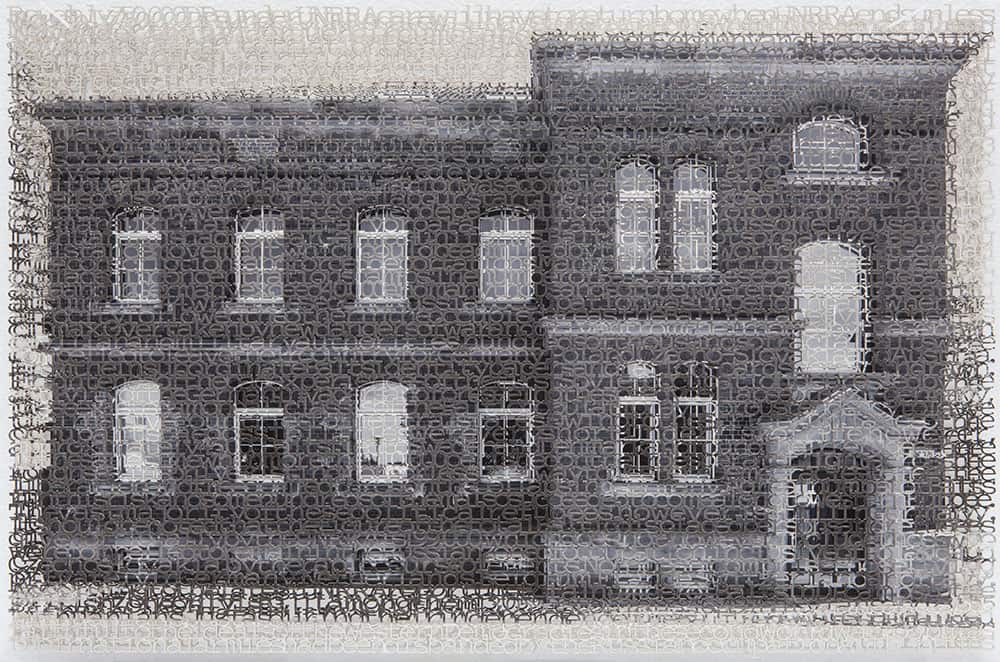 Who makes the video depends on your style: I wanted to appear polished and professional, and so I hired someone who knew how to do the lighting, figure out the angles, and edit the final clip. But if you have friends who can do an acceptable job (and what artist doesn’t know someone skilled at videos?), you probably don’t have to shell out for so-called expert services.

And for the video, short is better. In our YouTube culture, three minutes is about the most people have patience for unless you’re Katy Perry or Jon Stewart. “At the beginning, I had 30 seconds of me—introducing myself and the project, followed by photos of the camps and a bit about World War II history. It was two minutes altogether,” says Svalbonas I followed a similar approach for both my campaigns: showing moi-même  upfront (and was thoroughly flummoxed that no amount of styling and make-up could bring off a resemblance to Nicole Kidman) and then continuing the pitch over a montage of spreads of stories from ARTnews and photos of all the artists I’ve profiled down through the years.

Which Platform and How Long? 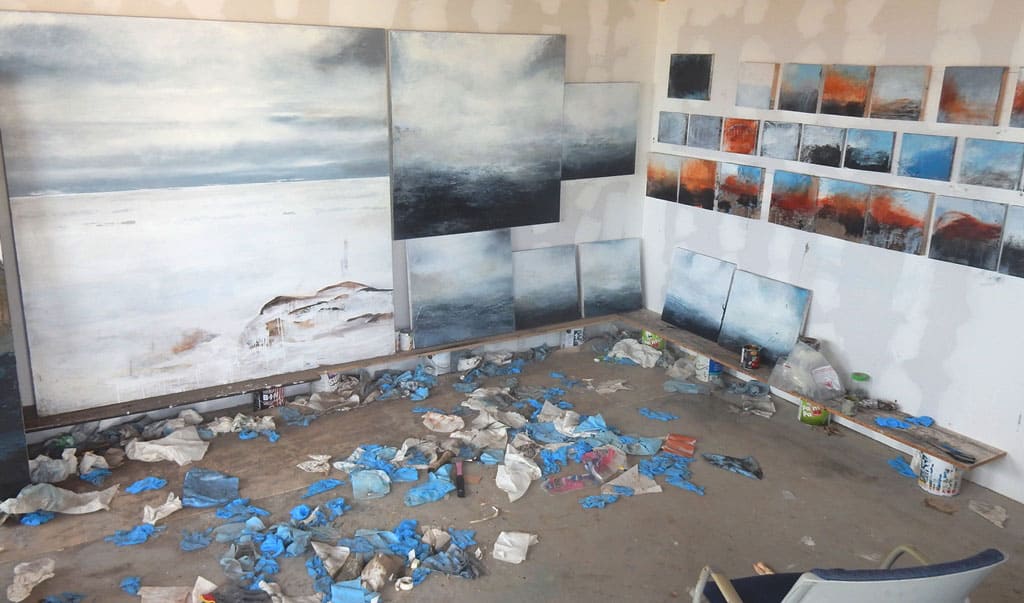 Indiegogo and Kickstarter charge fees of 3 to 5 percent, and there are additional fees for payment processors, like credit card companies and PayPal. Read the fine print and factor this into your goal. Svalbonas worked with an organization called Continue to Give that partners mostly with churches, missionaries, and nonprofits, but also supports individual projects.  CTGs transaction fees are lower, and it offers the option of a monthly fee if your fund-raiser goes longer (probably unlikely for an artist-generated project).

I was initially advised by others to do fund raising for Vasari21 through Kickstarter, because it seemed to have more of an “artsy” cachet. But the big drawback to that is that if you don’t make your goal, you keep none of the money you’ve raised. But I did cruise around both to make sure there were no competitive projects in the works, and in the end I’m not sure the platform matters. You are reaching out to your friends and colleagues, people who already know you, and all they will care about is how to help you and the easiest, most secure way to do that.

How long a campaign you choose to run will depend on how much money you want to raise and how much patience you have to keep hitting up people for contributions. M’Liz Keeffe, who needed about $10,000 to do a series of 13 six- by six-foot paintings on Fogo Island, off Newfoundland and Labrador, decided that a month was long enough to realize that sum. “My outreach was limited to friends and collectors,” she says. “I tried in advance to figure out how many people would give me $100, who would give me $1000. In the end there were a couple of surprises that got me to the $10,000 mark.”

But for a relatively tiny project, like Claudine Metrick’s pitch for funds to work on a series of etchings, the artist raised twice the money needed ($450) in only one day.  “Because I raised more money than I needed, I could afford extra time in the print shop; and I was able to produce a second body of work,” she says.

I set a 60-day goal on Indiegogo to realize $24,000 to underwrite Vasari21 in its first year, and was very pleasantly surprised to reach $36,000 as the campaign went “In Demand.” (Meaning: If you got the money you hoped n the chosen time span, Indiegogo keeps the campaign open to accept more funds. If that doesn’t happen, that’s the end of your crowd-sourcing through that platform.) 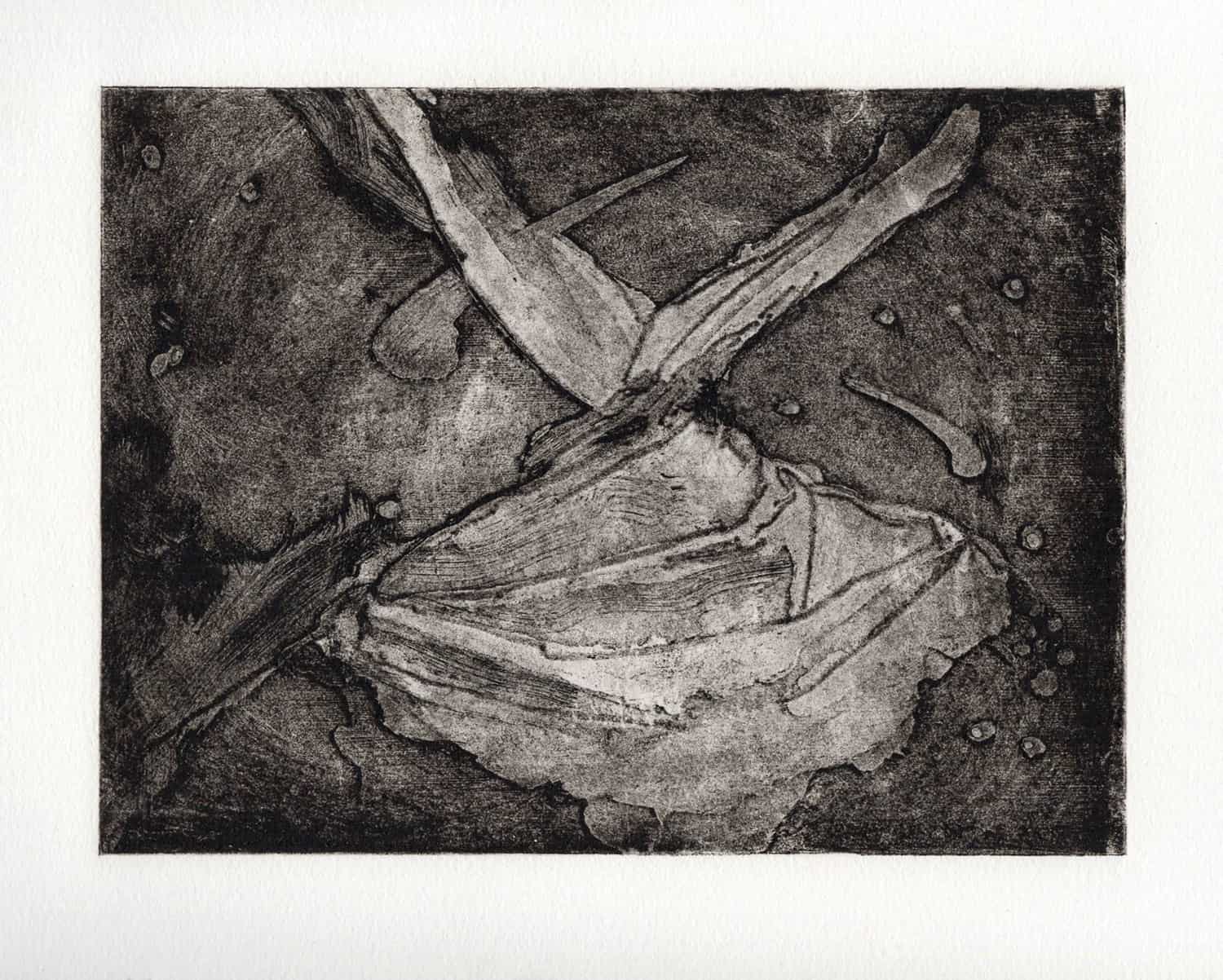 When I first launched my campaign, I reached out to every possible prospect in my Rolodex, along with almost every artist I had ever profiled, reviewed, or mentioned, and all the writers, curators, and critics on my radar. Of course, there was also a network of friends and family. I wasn’t shy about following up, but with a 60-day time period on Indiegogo, I waited about two weeks before reminding prospects of the campaign. I was surprised at the number of “name” artists and dealers who thought it was a good idea and generously contributed (Tony Oursler, Pat Steir, Ursula von Rydingsvard, Petah Coyne, Galerie Lelong, Cheim & Reid, and so on). Those donations were not only key toward reaching my goal, but helped convince me I was on the right track toward realizing a publication that was more inclusive of all the artists out there.

“I was successful because I had big donors who were already invested in my work,” says Benson. “One of my collectors gave $7500, another, $10,000. Still others bought paintings to help underwrite the book. I sold 96 hardbound books at $75 and a smaller number of paperbacks at $45. You want to have multiple tiers of donors.”

“I’m pretty good on social media, so I Facebooked and tweeted,” says Keefe. “I even emailed the boards of museums I was interested in. You can tweet the link, giving updates—‘I just raised $4,000’—or I would insert an image in tweets.”

Undoubtedly, once you launch a campaign on Indiegogo or Kickstarter, you will start receiving messages from all sorts of online outfits who will promise to help raise funds for a percentage. Or who will tell you how to rev up your SEO (“search engine optimization”). Or who will have suggestions for presenting a better campaign. Ignore them all. 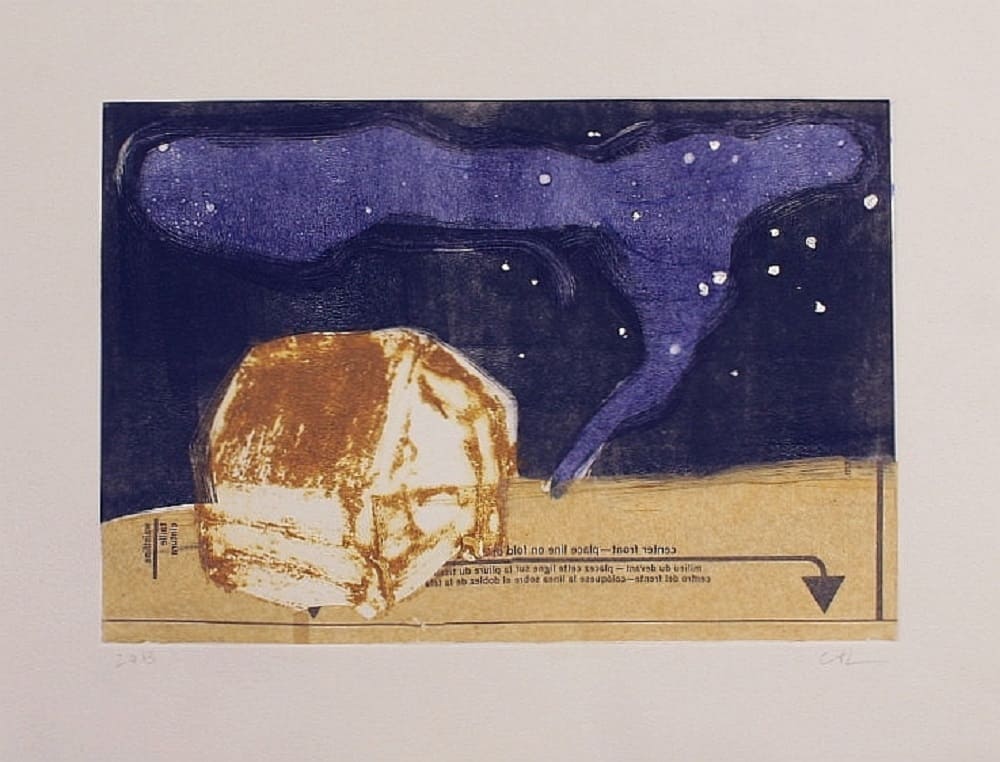 Starry Night, from the second body of work Metrick funded through Kickstarter

In return for making a donation, you want to offer something of value to your funders. In Benson’s case, it was the book for smaller amounts, a book and a drawing for $800, a small painting for $5,000 and so on. Keefe offered prints and original oil paintings varying in size up to 36 by 36 inches.  Metrick offered etchings, and Svalbonas had images of varying sizes from her “Migrant” series to give backers. “You want to give everyone gifts, and you want those to be gifts of quality,” says Svalbonas.

There are places on most sites where you can keep people apprised of the status of your gift giving, or you can email them via updates from the campaign. Bear in mind, though, before you start offering goodies, the number of trips you will have to make to the post office, and the amount of money you may be shelling out on things like books and videos. I was surprised when I tallied up the cost of giveaways—but it was all tax deductible.

Don’t Get Too Emotional

Any transaction involving money can trigger gut responses. “In the last 48 hours on Indiegogo I was about $4,000 from my goal,” says Keefe. “I was happy with that and figured, sincerely, that I would not make the 10K I’d aimed for, but whatever I raised was remarkable and would get my project started. I don’t know how this happened, but there was a friggin’ rally and all these small donations started coming in—five and ten and fifteen and twenty dollars. And I got two large ones that were absolutely unexpected. The last couple of hours was edge-of-your-seat amazing.”.

Though I did not have similar white-knuckle moments, the entire experience was a bit of a rollercoaster. Every time I opened my laptop, it was with a keen sense of anticipation: “I wonder if I got any money?” I was amazed at the generosity of some and appalled at the stinginess of others. (“What? I’ve been friends with Amy for 20 years, her family’s worth millions, and she gave me only 20 bucks?”) I never did learn to cultivate an attitude of benign indifference, but did realize I would have made a terrible presence on the Wall Street trading floor.

In the end, though, the greatest gratification was not the money raised but the images that came in as each new member signed on (and this still continues). It was like Christmas every day or so when I saw the huge spectrum of talent that I’d never before encountered writing for other publications. And this is, as they say, a gift that keeps on giving.