A Sculptor Turns to Urban Farming 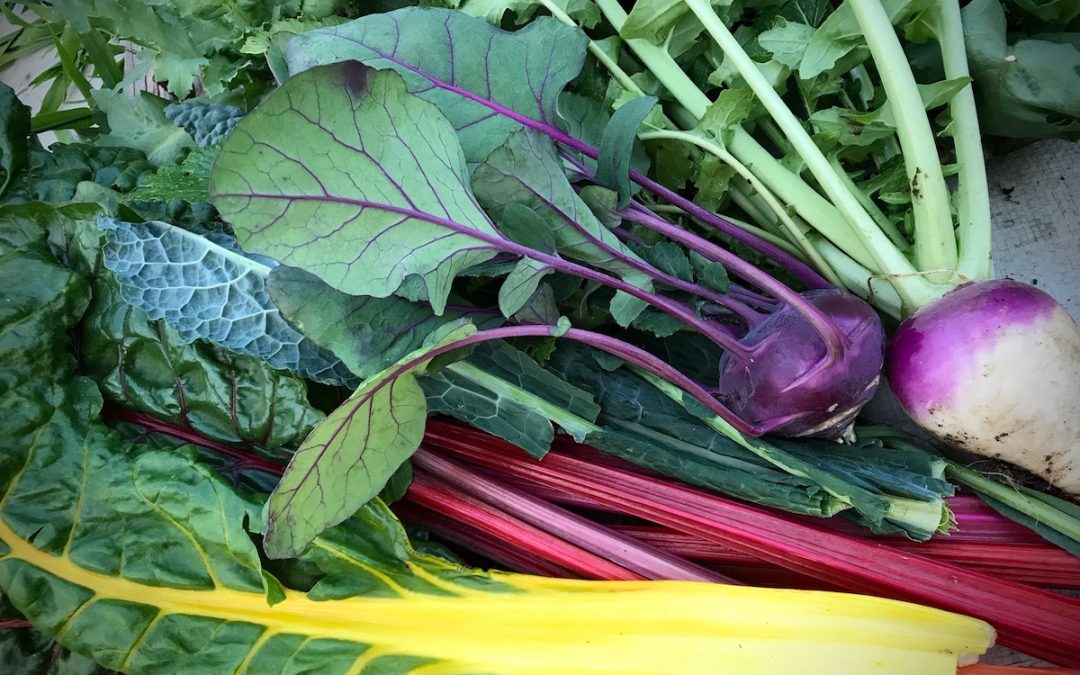 In the fall of 2018, Jamie Hamilton went looking for a place to dispose of scraps for compost in Los Angeles, his adopted home since moving from Santa Fe, NM, two years earlier. Through an organization called LA Compost, he discovered the Solano Community Garden in downtown Los Angeles, a five-acre mini-farm that was showing signs of severe neglect: “Large sections had been abandoned, bed-retaining walls were collapsing, grass and weeds choked most of the beds, the fruit trees were dying of thirst, and there were piles of junk left by homeless people,” he recalls. 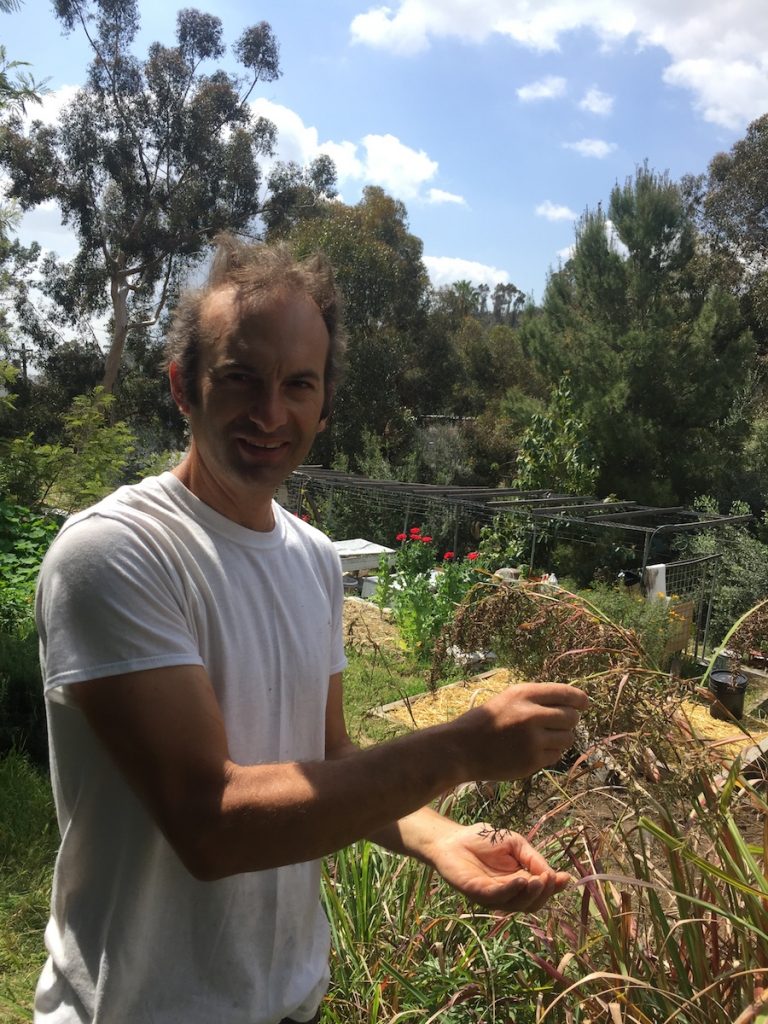 Hamilton—a talented sculptor and photographer whose work has been shown in Santa Fe galleries, the Center for Contemporary Art in Santa Fe, and the Torrance Art Museum in Torrance, CA—suddenly found himself with a mission. The garden was established around the turn of the millennium as an urban farm and was “producing a lot of food, like 40,000 to 50,000 pounds a year,” he says. The story of how it fell into disrepair is still unclear, but Hamilton tried to get in touch via email with the woman who managed the garden. He never heard back.

“The next time I was there, I ran into the founder of the L.A. Community Garden Council,” he recalls, “and although he wasn’t overseeing the farm he was working there every day. He’s a retired guy, about 80 years old. So I asked if could help, and he said, Sure.Hamilton started dropping by and working a full day—weeding, planting crops, watering the trees in the orchard. The first year he worked largely by himself, but in recent months more and more volunteers have showed up. Then at the beginning of this year, the past president stepped down and the council appointed him president, an unpaid position but one that puts him “in charge of the whole thing,” he says. “I don’t know if it was new year’s resolutions or just the instincts of the time, but all of a sudden we have a lot of volunteers, especially in the last week when everything shut down and people don’t have work. 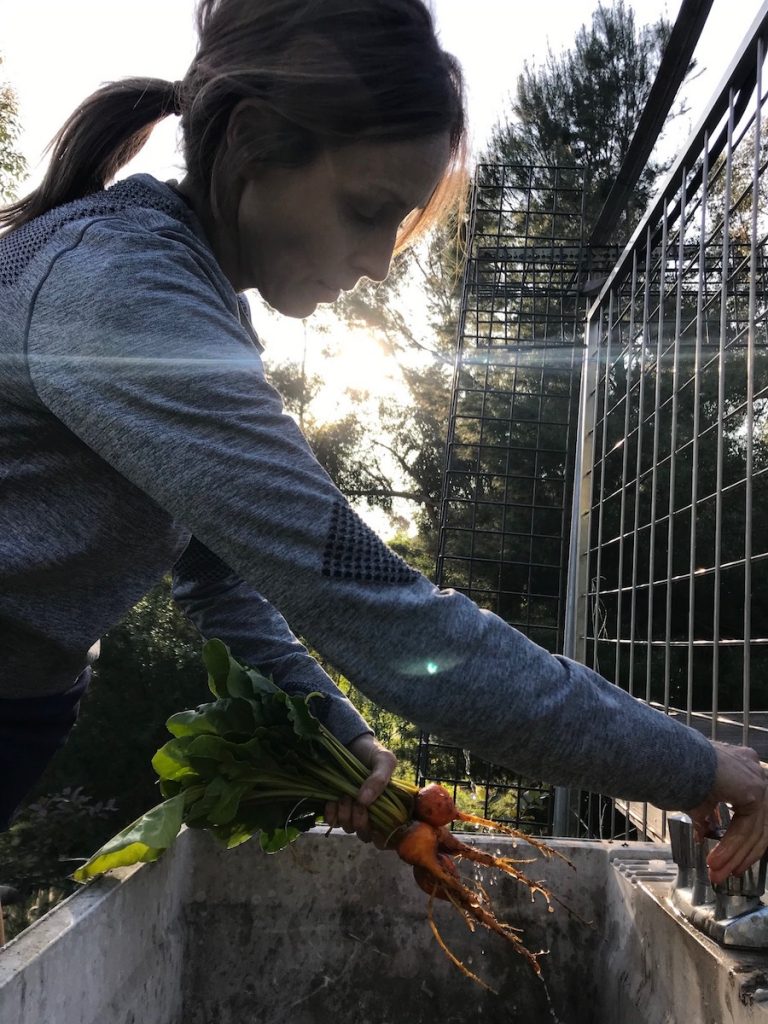 “A lot of people in a gig economy are now worried about how they’re going to pay their rent and buy groceries,” he adds. “They’re getting much more involved, and it seems more important.” 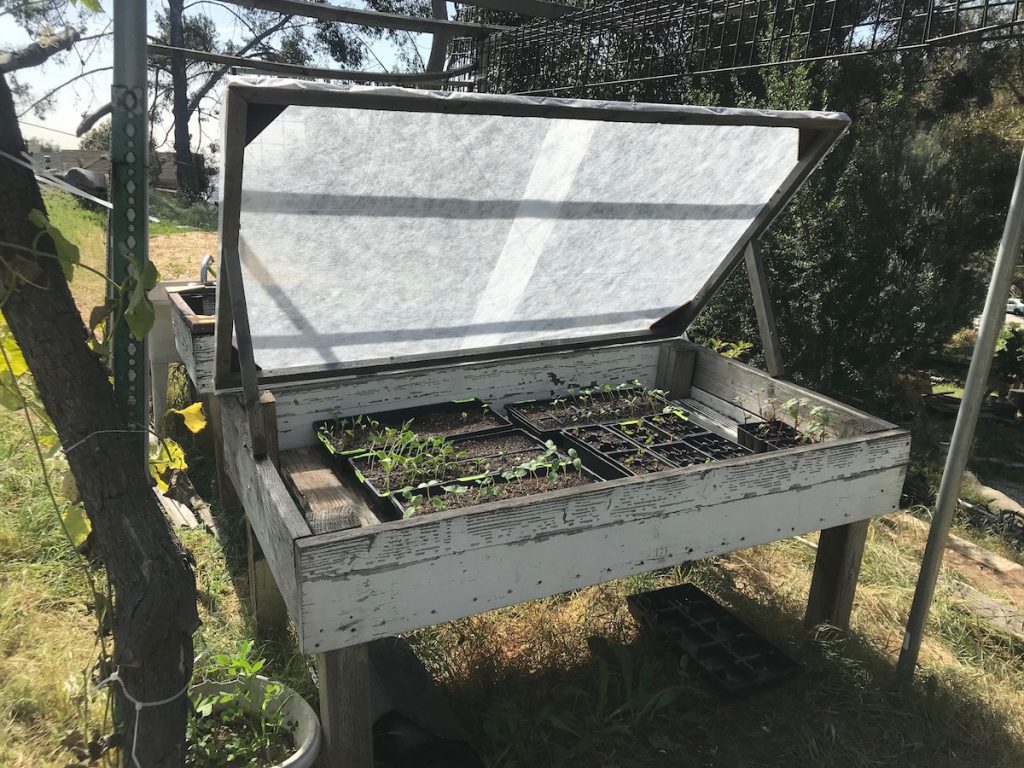 A nursery for seedlings (photo by Cristina Valverde) 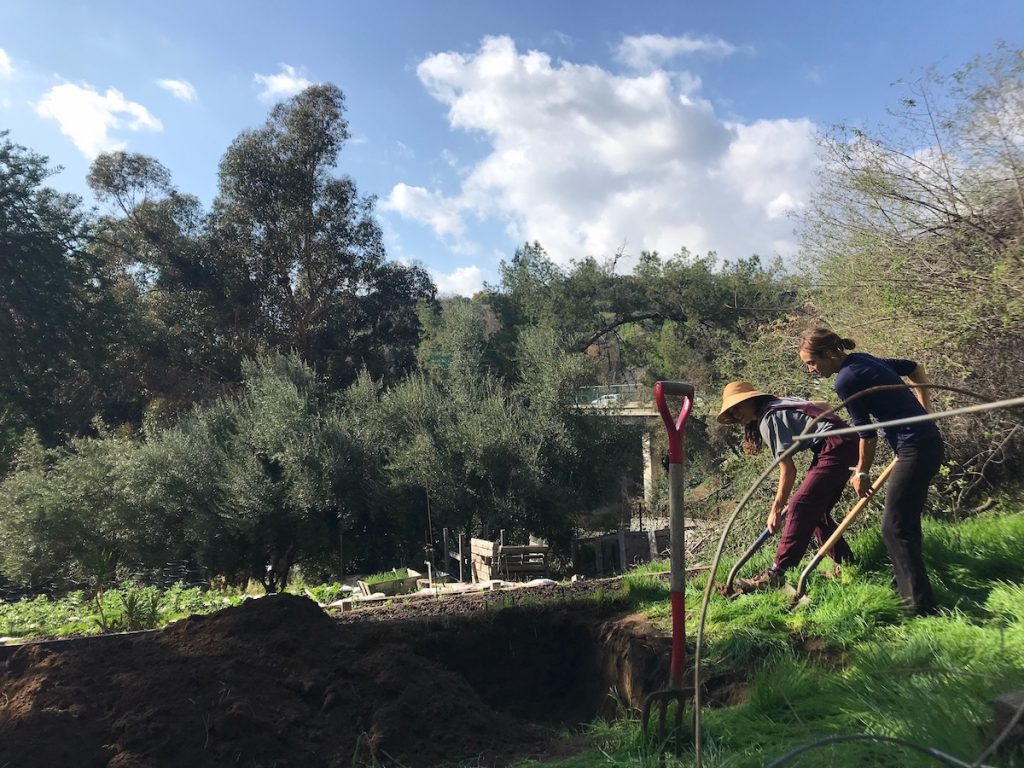 Hamilton also notes that the parks now are closed in L.A. and the community garden provides a way to be outdoors, though technically there are not supposed to be more than nine volunteers on hand at any one time. Nor is the garden permitted to put up food for sale. “We’ve been doing a program of exchange for donations, which helps cover the water bill and other expenses,” he says. “We give away food for labor, and we’ve been giving surplus to the soup kitchens.”

Does he see this as an extension of his art practice? “My artwork has always been Utopian in the sense that it was about creating meditative moments, and increasingly it felt like that wasn’t going to be possible if the system that supports civilization collapses,” he says. “I needed some space away from the art world. And I needed to do something that feeds the soul. I’m using my creative energy to try to help the garden thrive.

“I like feeling the natural rhythms of plants,” he concludes. “It’s a very deep connection with the earth that we have shared over a very long period of time.” 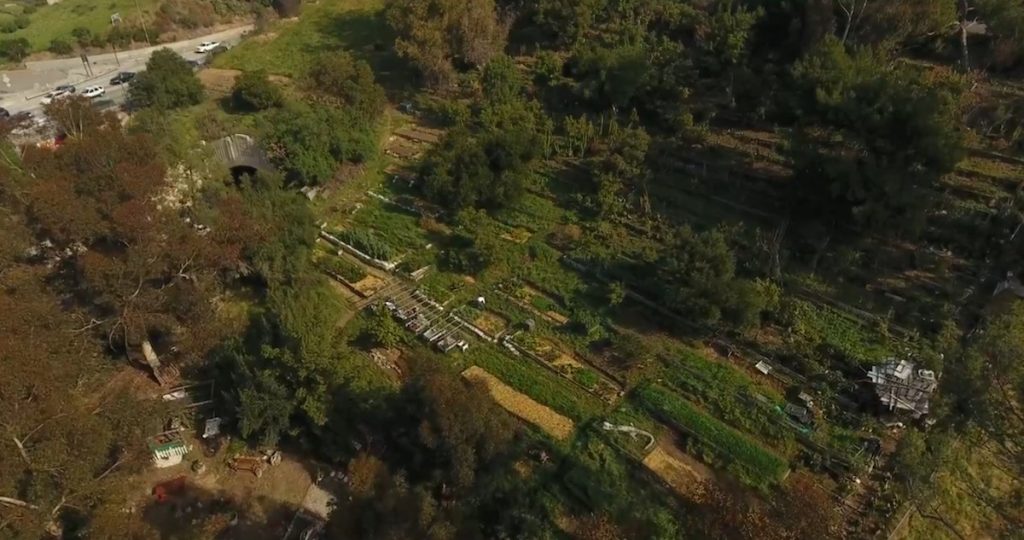