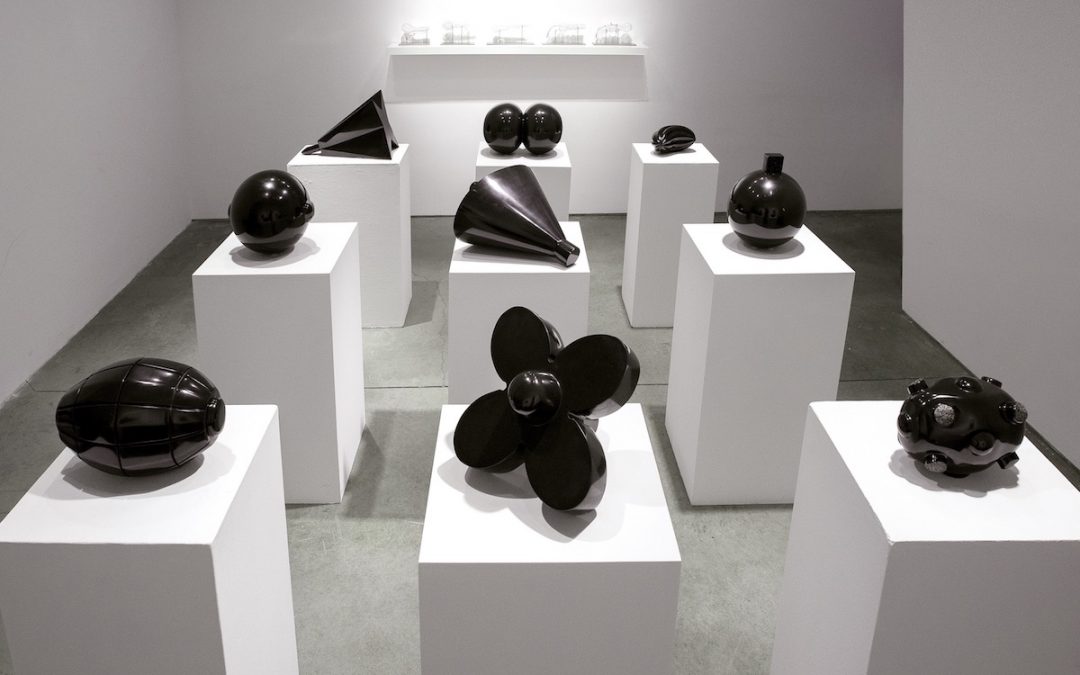 For most of her career, Claire Lieberman’s sculpture has walked a fine line between beauty and danger, seduction and destruction. Take her last show at Massey Klein Gallery in New York, for example, aptly titled “Unidentified Dangerous Beautiful Objects.” Elegantly arrayed on pedestals and carved in black marble, the works often suggested some weird hybrid of children’s toys and lethal weapons. Or, as in Black Marble Grenade, they hint at organic life rendered as truly forbidden fruit—too obdurate and highly polished to admit human touch, whether ours or the artist’s. 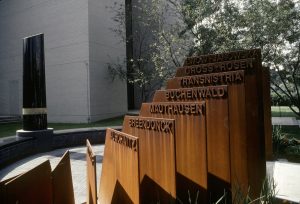 Marble, of course, has a long and storied pedigree as a material favored by the Greeks, along with Michelangelo, Rodin, and Brancusi. It’s never really gone out of fashion, nor has direct carving as a technique for making sculpture (witness works by Jenny Holzer and Louise Bourgeois). But by comparison with many sculptors, Lieberman has acquired a formidable arsenal of skills in addition to coaxing a block of stone to life; she’s turned to an array of mediums that includes video, glass, steel, ice, photography, printmaking, and even Jell-O. Like some artists, she knew from a young age that she would pursue a career as a sculptor. “When I was I kindergarten, I used to ask if I could stay inside and work on my art projects instead of going out to play.” 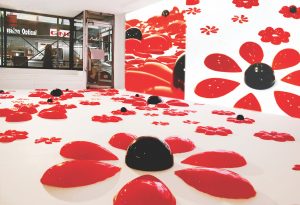 As a teenager growing up in Milwaukee, WI, Lieberman attended an informal experimental high school where the students and faculty devised a curriculum together. As part of the program, she did an apprenticeship with a potter, learning how to make molds and do slip casting. After high school, Lieberman headed for the East Coast to pursue a BFA at the Boston Museum School. The school, she says, was attractive to her because she could pursue both “formal and conceptual approaches. I took classes in figure sculpture and figure drawing, but the program effectively was self-directed. I was interested in the tension between the formal ways of making and the conceptual ways of practicing. Where is the intersection of ideas and skills?” It’s a balance that still informs her work: how to put traditional techniques into the service of potent ideas. 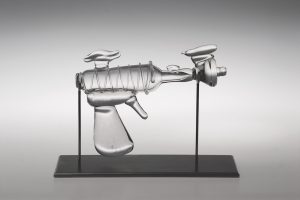 After college, the artist landed a grant to study stone carving in Carrara, Italy, a famous source of marble at least since the Renaissance. The Scuola del Marmo was mainly a technical school, but in the afternoons she learned from older artisans at local studios who had been working in marble since their teens, making Madonnas and sculptures for well-known contemporary artists. When she returned to Boston, Lieberman taught part time at the Art Institute of Boston (now part of Lesley University) until she landed a grant from the Cité Internationale des Arts to work in Paris for two years. Over the course of the next few years she was also engaged in producing a Memorial to the Holocaust, a permanent site-specific sculpture in her hometown of Milwaukee and a formidable coup for a young artist in her 20s (even if she modestly demurs that there “was not a lot of competition” for the commission). The installation includes sheets of oxidized Cor-ten steel, each resembling the page of a book, and with the names of the most notorious concentration camps inscribed at the top of each in raised steel letters. 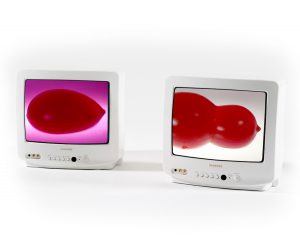 When the fellowship in Paris ended, Lieberman moved to Chicago, and found a gallery, but she was living in a loft that had no heat at night or on the weekends. “I was working in a place that designed props for parties, and after a few months, I decided New York can’t be any more difficult than this.” And so she moved to the city in 1985 and found a job doing installations for the New Museum. Beginning in the early ‘90s, Lieberman landed teaching gigs in New York, Georgia, Virginia, Illinois, and Massachusetts. It soon became evident that without an MFA, she would have a hard time finding a tenure-track position; she enrolled at Pratt and secured the degree in 1996. “I didn’t know anything about printmaking, and so I decided to study that.” 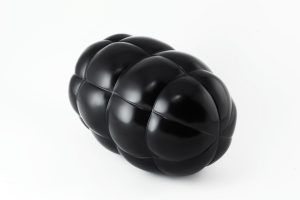 Around the same time, the fascination with toys kicked in (though there are intimations of a nexus between playthings and danger in her 1991 installation “Jungle Gym for Johnny Joe,” a tribute to a neighbor, a Vietnam Vet who took his own life because of an inability to adjust to civilian life). She made videos of toy guns and teddy bears and packed toy guns in ice that gradually melted away. She made fake water balloons from Jell-O, which led to other Jell-O projects, in which black marble is juxtaposed with shapes made from gelatin—and yes, it is the real deal, not synthetic Jell-O. “Marble has this ostensible aura of permanence,” she says. “There’s a sense of argument between the two materials.” 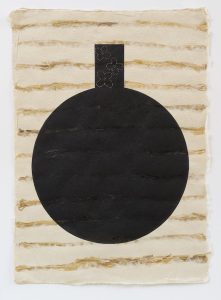 One of Lieberman’s most arresting series of the last 20 years is of glass “guns” that are partly blown and partly hot-sculpted. These are both elegant and lethal, playful and sinister. And they are very expensive to make, because the artist needs to employ skilled craftspeople to carry out her ideas. “There’s a high failure rate,” she says, “and if I were to make them entirely on my own, it would take me about ten years to learn the skills I need.” For now, though, the artist Is invested in the black marble sculptures she’s been making for the past few years. Part of the fascination is psychological: “Children are able to work out things that we aren’t able to process,” she observes.  “A lot of anger and sublimated anger gets worked out through play.” 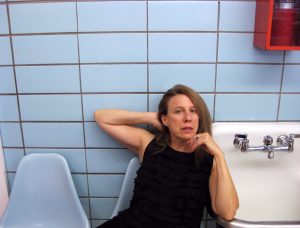 Which makes these works oddly and perhaps tragically suited to our times, when children are growing up way too fast and turning to violence far too early. Whether inadvertently or consciously, Lieberman has stumbled on a harsh truth of our the early 21st century: for too many, violence is irresistible. Almost as easy as child’s play.   Claire Lieberman divides her time between a studio in Brooklyn and Illinois State University in Normal, IL, where she is a tenured, full professor in the School of Art. She has a two-person show at Massey Klein Gallery in New York this summer and a solo at the Martin Art Gallery of Muhlenberg College in Allentown, PA, in February of 2021. More information is on her website, www.clairelieberman.com.