The Monuments Contest: And the Winners Are (Part One)

Everyone is a winner in the competition to replace those tired, toppled memorials

In the wake of the murder of George Floyd in May, protesters around the globe tore down monuments to the Confederacy, to slave traders, and to racist baddies of all stripes. I could not find an official count of all those felled, but Wikipedia helpfully compiled a list if you’re interested in a full rundown.  Subsequently I put out the call in a newsletter, and in individual appeals, for some ideas about what members would erect in their stead, and the proposals spanned the gamut from deliciously whimsical to thoughtful and reflective to wildly improbable, like William Norton’s suggestion that we take “all those chunks of bronze and turn them on the their heads, literally, and then plant them in a similar fashion to Cadillac Ranch in Texas.” I could best visualize this without the bases, with all those horses’ legs from equestrian monuments uselessly pawing the air.

Originally I offered prizes, but there were too many excellent suggestions to single out just a few (I’m not reneging, honest—I have lots of review copies of art books to hand out, and if you’d like one, just write to me). And there were enough (at least 17, and a couple more may be forthcoming) that I am posting the suggestions in two parts, in no particular order.

Thanks to all for your brilliant ideas!

Melissa Stern: My proposal is to honor the brave nurses who throughout history have acted as the backbone of medicine. This seems particularly apt, given the heroic dedication to duty that they have exhibited throughout the pandemic.

For generations nurses have worn distinctive caps that designate where they went to school and what level of certification they had achieved. Upon researching, I found that these caps came in a delightful and strikingly contemporary array of shapes. Like a form of origami, their folds and shapes are evocative of ships, buildings, and animals. But their meaning is serious and quite grounded. The rigid geometry of the nursing caps allows them to be seen as both abstract forms and architectural models.

To commemorate the service and dedication of nurses. I would print a grid-patterned array of historic nurse caps on aluminum. And mount them in 50 cities around America. Each would have a plaque that mentions the local historic nursing schools or institutions. And offer thanks to these brave workers. Because nursing cap styles come in a wide array, I would collect and document caps germane to each locale. 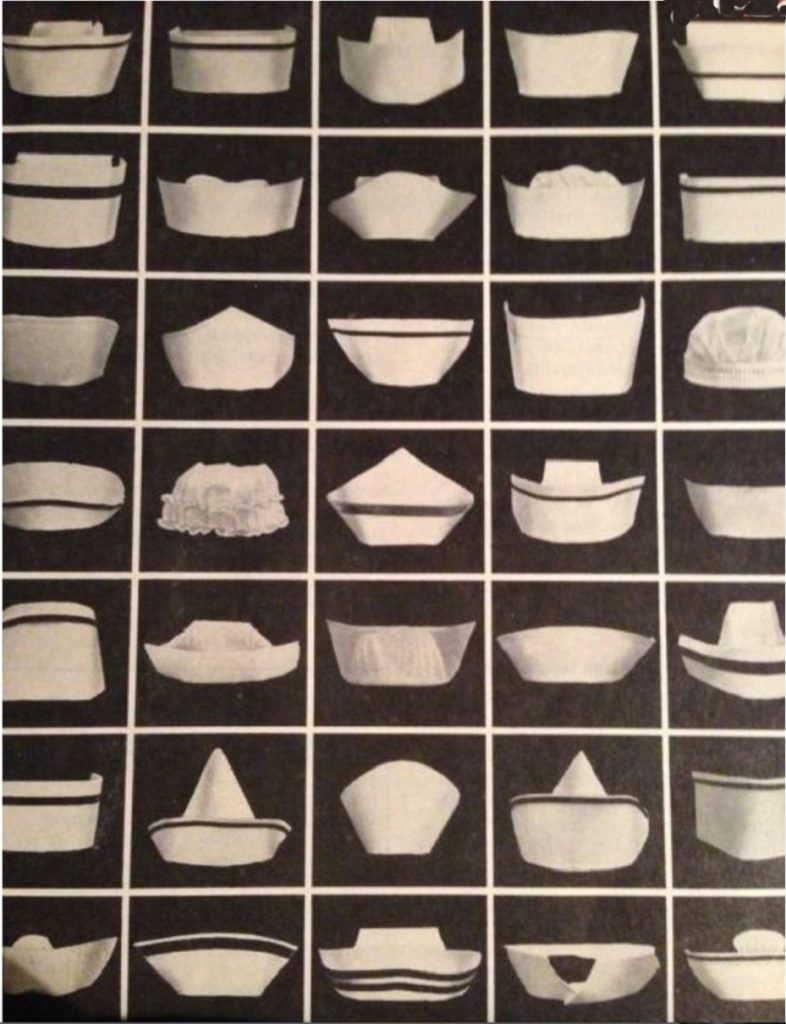 Sandra Filippucci: Climate warrior Greta Thunberg is the Joan of Arc of our time.

Like Joan, she arose where there was need with a clear sense of purpose.

Like Joan, she has been dismissed by many in power.

I envision her atop an oil barrel, all cast in bronze, 10 feet high. The title is We Demand a Safe Future. 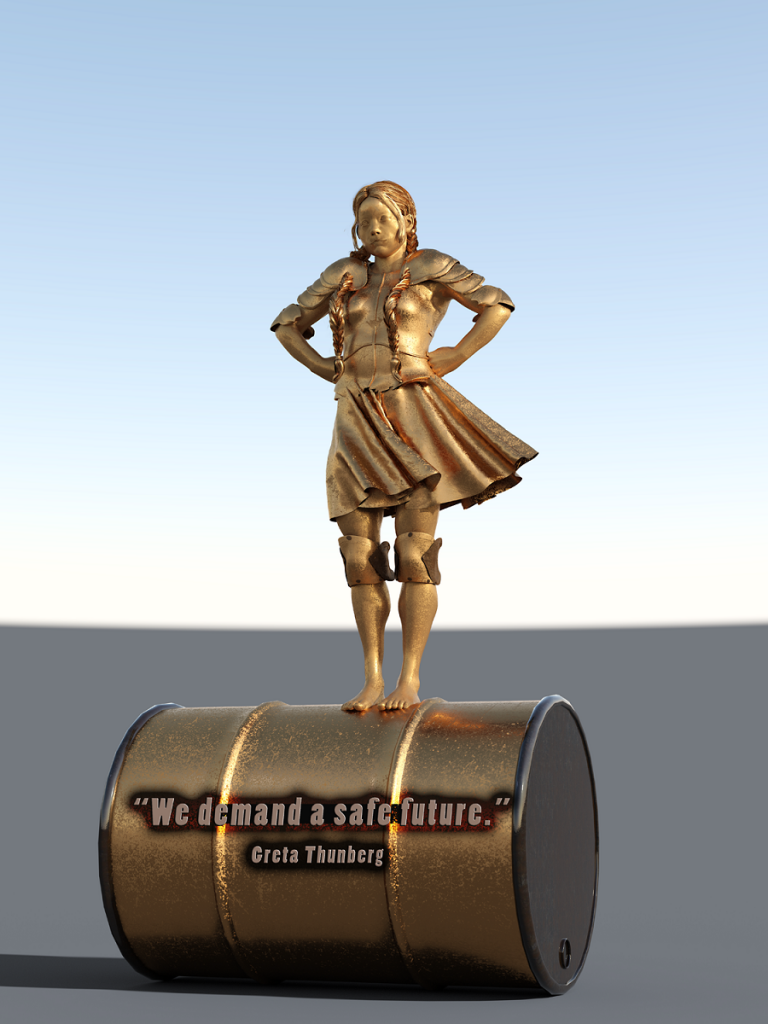 Linda Vi Vona: As a first-year, 17-year-old architecture student (the only female) at Cooper Union in 1958, my favorite projects were in the model-making class. I continue to see my recent works as maquettes or models and enjoy imagining them on a much larger scale. Perhaps it’s the surreal Sandia Mountain range visible from my patio doors that inspired me to create this particular piece. It’s conceived as a shelter constructed from slabs and blocks of marble, granite and/or sandstone reclaimed from the bases of toppled public statues. There’s a slab utilized as a permanent written/inscribed testimony to those who were extraordinary in some positive manner (citizens from the city or town where this type of memorial is displayed). Hopefully in a plaza or park where everyone can sit around and enjoy. One side has a large ramp, ADA-approved to be used by the physically challenged and by strollers and cyclists as well. 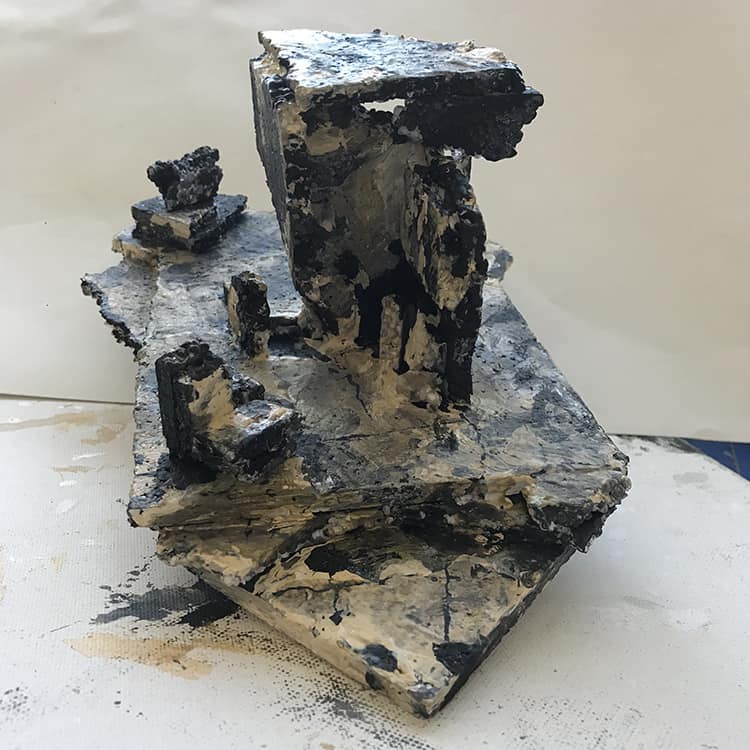 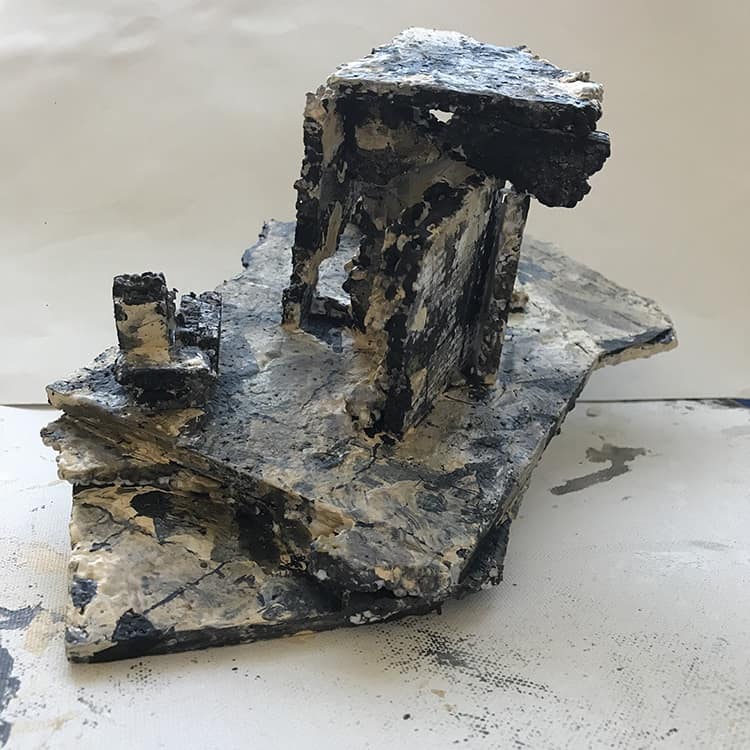 Ed Haddaway: We believe that the need to preserve our heritage here in the United States remains paramount, whether that heritage is deemed good or bad. However, if artwork offends the sensibilities of the current citizenry, perhaps it is best not to display it in a public setting.

We propose a specialized museum, or a number of regional museums, similarly specialized, to house those sculptures deemed offensive or ill-suited for the general public. Conceivably open primarily to an older, more educated populace who can enjoy these works in a non-hostile environment. Education would be one of the primary missions of the museum and guided instructive tours will be available to the general public. Further, the symbiotic relationship between Sculpture and Pigeon can be seen as a larger analogy for the relationship between Art and its Public. 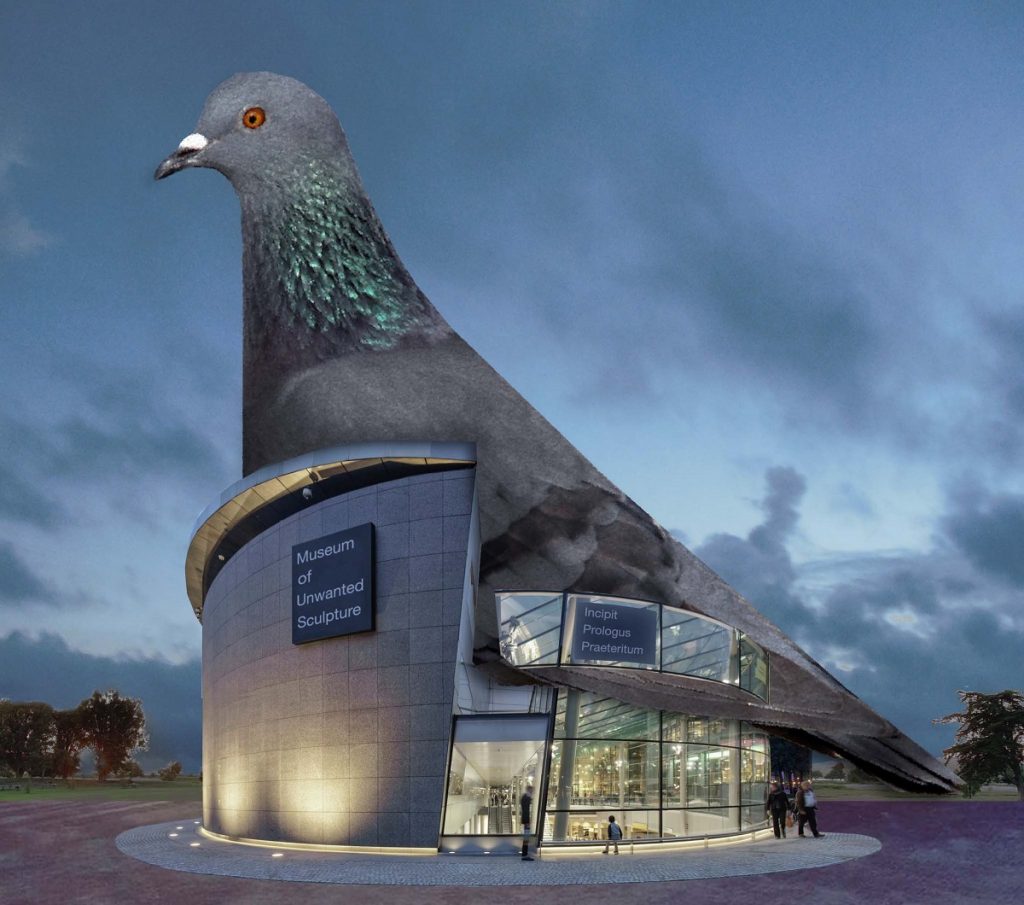 Karen Snouffer: Fuchsia Rising is a sculptural model for a monument honoring color and movement in space, as layers of shapes, intersecting color, and graphic patterns work together to establish harmony and balance.  The entire form also represents a sense of intense color rising upward with moments of energetic thrust and grace.

Fuchsia, as a high-chroma hue, could be interpreted here as a symbol for female joy and assertive presence. The reverse side of Fuchsia Rising is practically all hard-edged, black and white, with many moments that play with the eye, offering another kind of viewer engagement.

This monument could be installed in open, exterior, natural sites such as parks (next to or in a pond?); a variety sites within an urban setting; or in interior settings such as a building entryway or atrium. It could be fabricated in varied scales and in permanent materials. 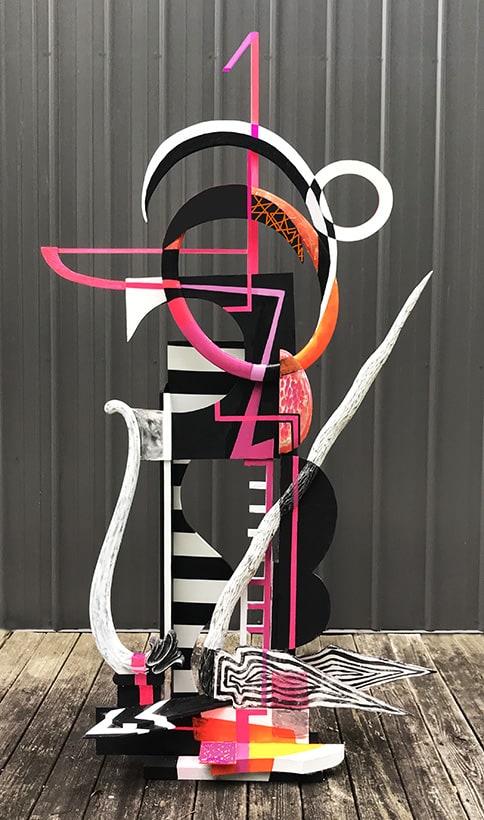 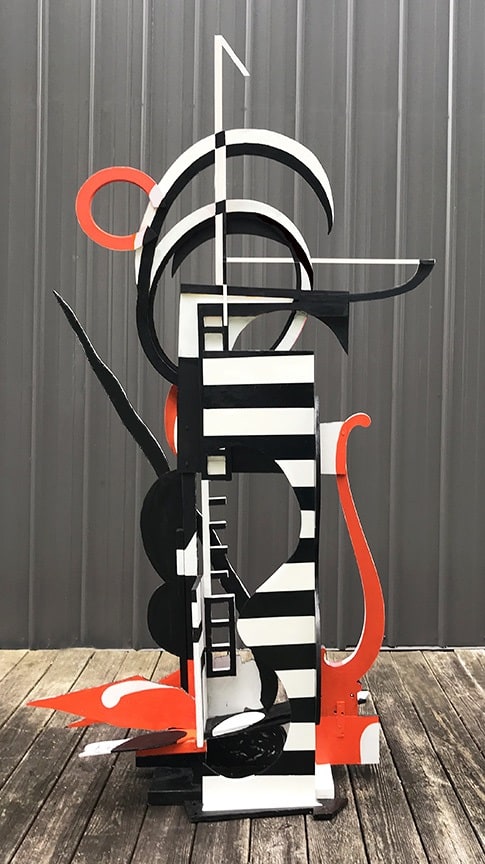 Kathleen Ferguson-Huntington: Chicago is the place of my birth. Three Christopher Columbus monuments have been taken down in the city in the last few months (Mayor Lightfoot has apparently put the Columbus monuments in storage temporarily).  I am interested in creating twelve monuments for parks to replace these three. These new symbolic monuments will be placed in Irving, Portage, Lincoln, Humboldt, Gage, Rogers, Hyde, Morgan, Avalon, McKinley, Grant, and Arrigo parks.

Parks are for outdoor enjoyment. People go there to walk, run, play baseball, tennis, basketball and in winter for ice hockey and skating. Each park will have a 3-D moving holographic monument—no bronze, cement, wood, or stone. The virtual monuments will reference a pedestal with a sport symbol moving above it. The virtual plaques and symbols can be changed at will. These first monuments will be about sports figures, No photos of people, just symbols of their sport with written testaments to their glory. In time new themes can be developed for ethnic, cultural, or civic icons. The people to be celebrated in this first round are Luis Ernesto Motiel Aparicio (White Sox; baseball); Tony Esposito (Chicago Black Hawks; hockey; Jackie Joyner-Kersee (track and field); Taylor Townsend (tennis) Ed Howard (Chicago Cubs; baseball/ Little League World Series star)  Bradie Tennell (U.S. Figure Skating Champion); Michael Jordan (Chicago Bulls; basketball). 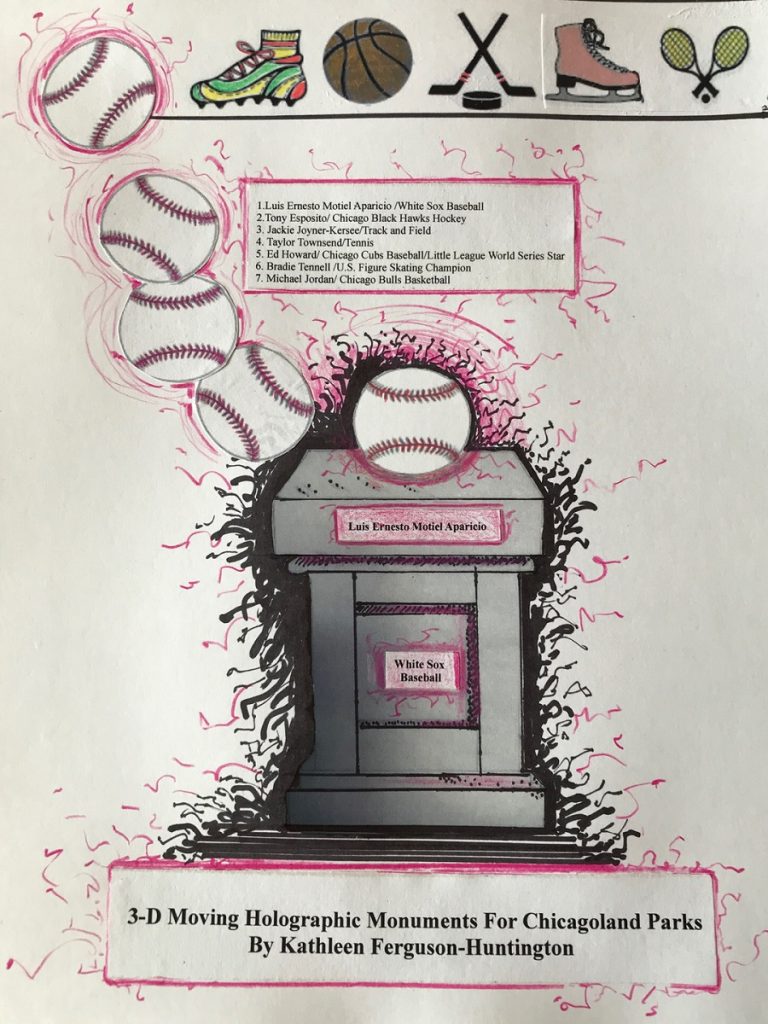 Allan Rubin: All the monuments that are currently being taken down from public display represent military and political heroes of lost causes or colonial conquerors no longer seen as meriting praise. They were glorified because the existing culture wished to encourage others to follow their examples. Our culture is evolving.  We ought to replace those statues with other kinds of heroes. I propose in some cases to raise artists to a higher level of respect, as they are held in Europe, where artists, instead of political leaders, are depicted on the currency. Artists often sacrifice the normal comforts and the security of regular remunerative employment to pursue their singular visions and values, believing that if others followed their examples, a more inclusive and just culture would be encouraged.  Artists initiate novel ideas that may eventually be adopted by societies as they mature. One such artist I propose be commemorated by a monument is Elizabeth Catlett (1915-2012), who was an American and Mexican graphic artist and sculptor, “best known for her depictions of the African-American experience in the 20th century, which often focused on the female experience,” according to Wikipedia. She was born and raised in Washington, DC, to parents working in education, and was the grandchild of freed slaves.

Catlett navigated the maze of racist discrimination and political exclusion through a life devoted to faithfulness to her personal integrity.  Replacing a monument to some Confederate leader with a statue of Catlett seems a fitting expression of our current urge toward racial justice.  My series of re-interpreted self-portraits by recognized artists, made from recycled metal cans, includes a very popular one of Catlett. Scaled up to monumental size from dismantled bronze statues, the sculpture could then be painted with patina by me. It could stand as an encouragement toward a new direction in recognition of positive public service. 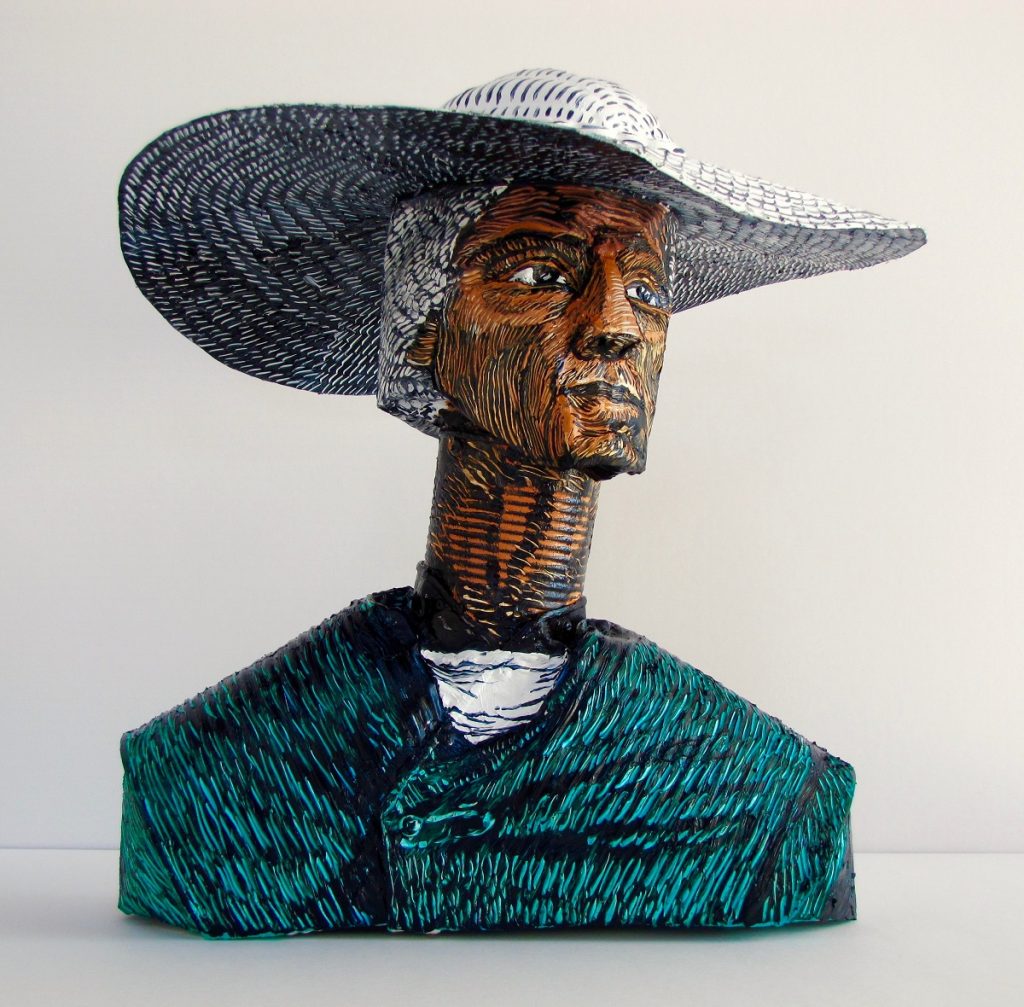 Cheryl Gross: Here are a couple of images that may be appropriate for replacing our old outworn forms of exhibiting heroes. I’m focusing on the faceless that forge through everyday life somewhat unnoticed—that is, until something horrible happens or continues to happen. I also threw in a canine. Aside from the fact that I like the image, they too are our unsung heroes. 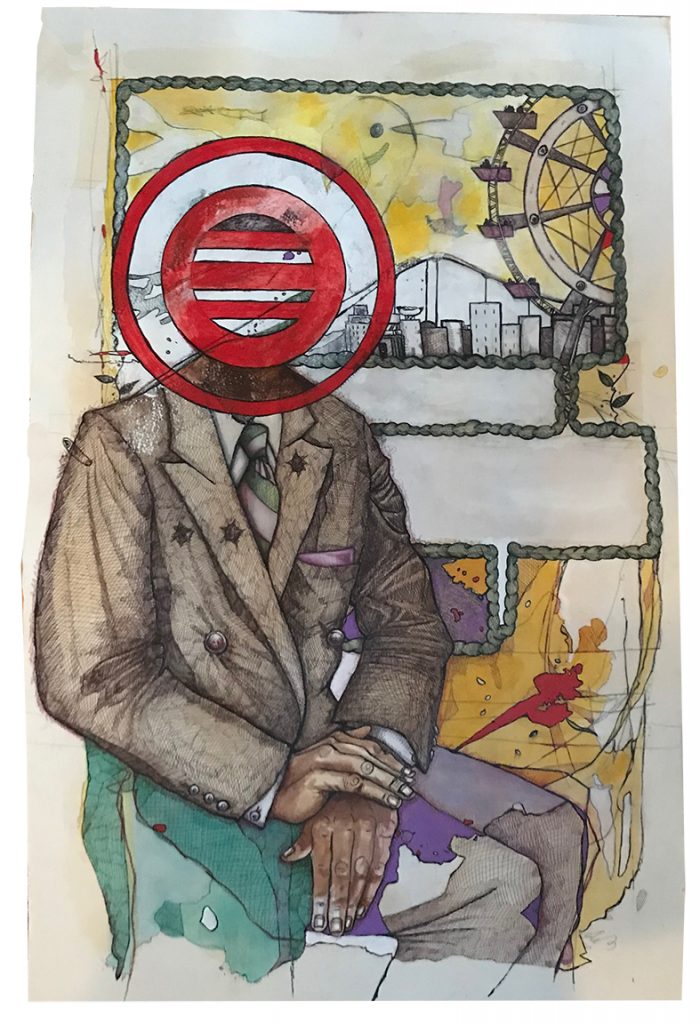 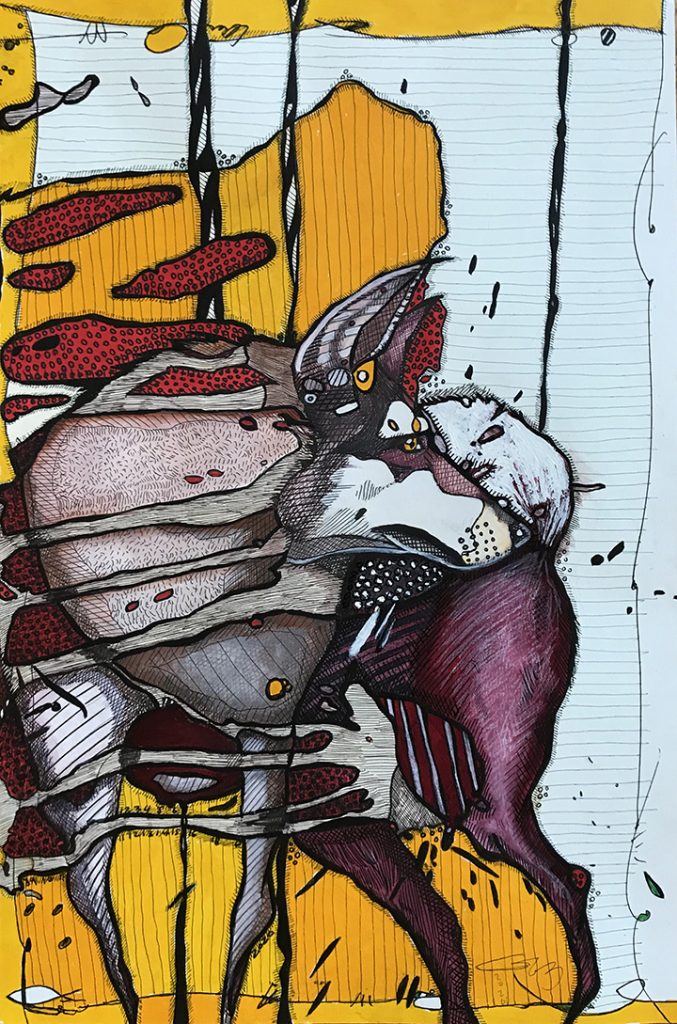