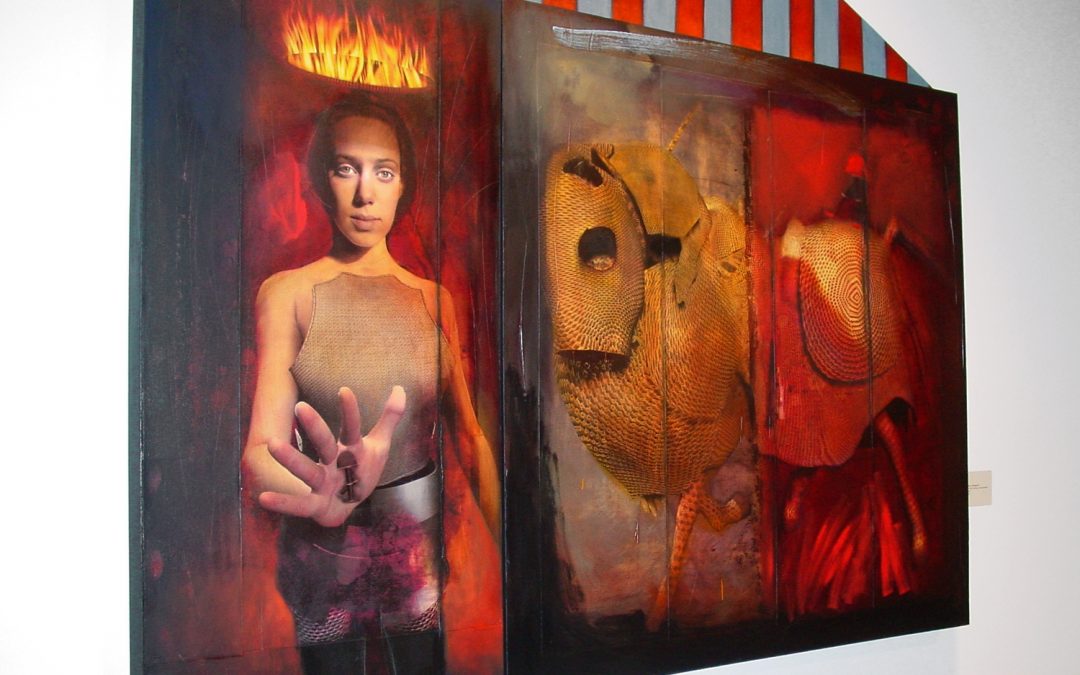 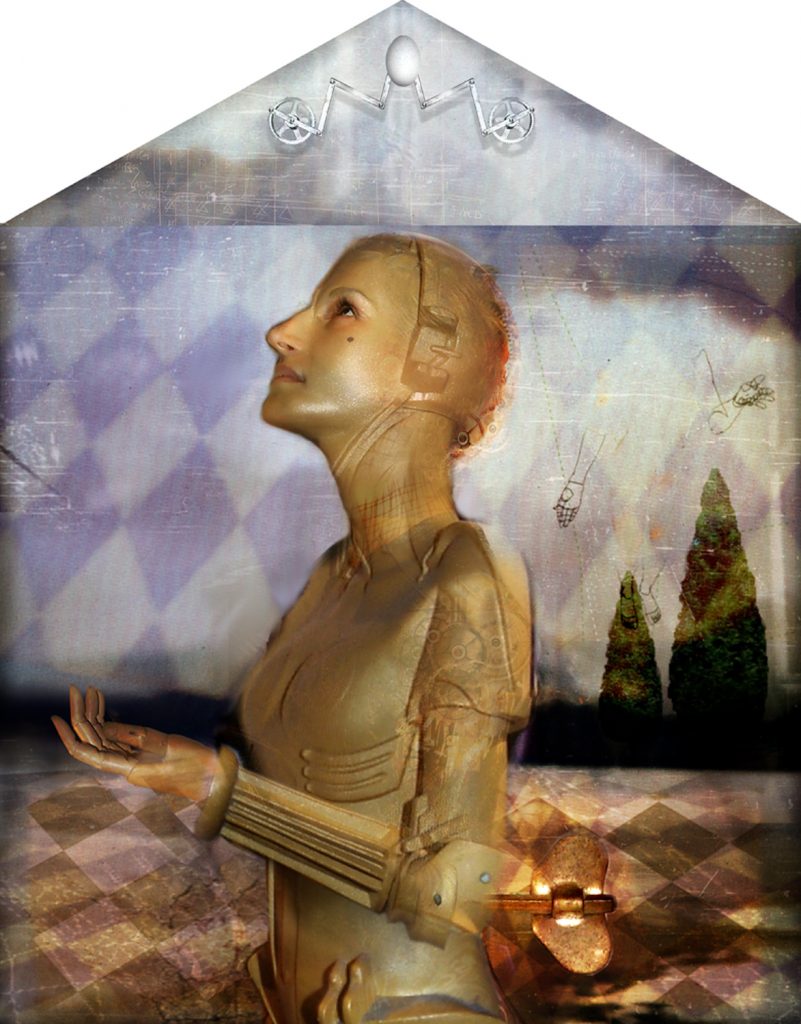 A little more than 30 years ago, pregnant with her first and only child, Sandra Filippucci took a break from her marriage and spent a couple of months at her sister-in-law’s house in Normandy, France. Just behind the house, a former rectory, was a tiny chapel, which at the time was under restoration and hardly ever open to the public. “I wandered in one afternoon, and there were workmen inside, and wires all over the place,” recalls the artist. “But I wasn’t really looking down, I was looking up because the whole chapel was filled with images and sculptures of Joan of Arc.” 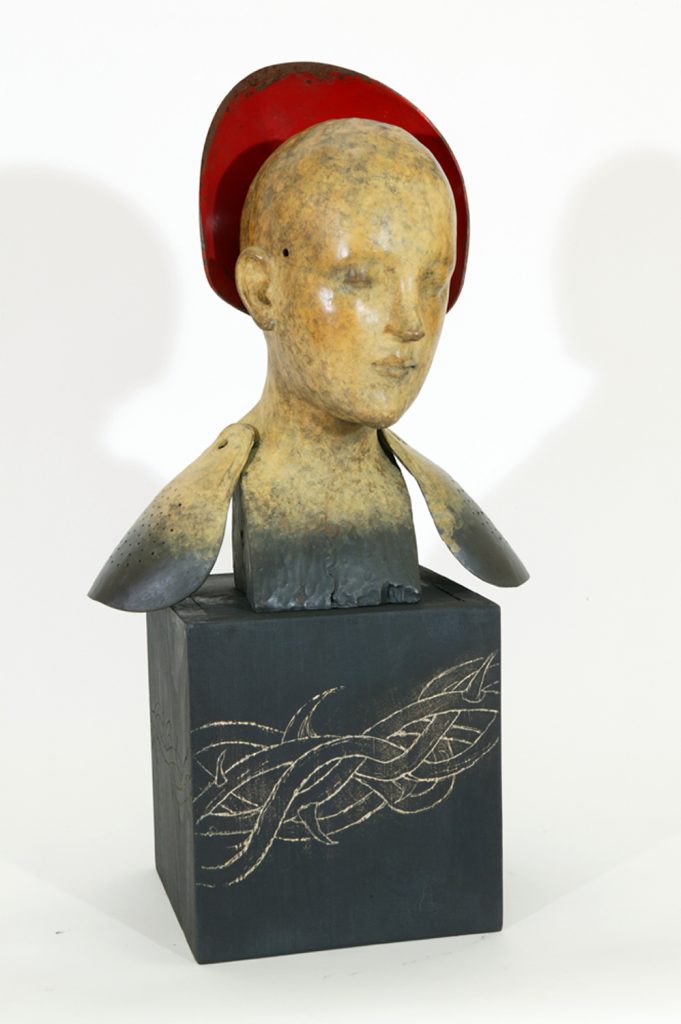 Thus began an ongoing obsession with the teen-aged warrior known as St. Joan, the Maid of Orléans (1412-1431), who claimed to have been instructed by saintly visions to support the Dauphin, Charles VII, and rescue France from English domination toward the end of the Hundred Years War. Though successful in lifting the siege, she was captured and handed over to the English and put on trial. A group of clerics found her guilty of heresy, and Joan was burned at the stake.

Such is the short version of a biography, firmly grounded in historical fact, that has intrigued poets, playwrights, novelists, filmmakers, and artists for centuries. Filippucci, too, fell under Joan’s spell, and her story was to provide the inspiration for drawings, prints, sculptures, paintings, and installations—more than two decades, in fact, of devotion to a solitary subject.

“I knew nothing about her,” the artist confesses of that first encounter. “I thought she was mythological. I didn’t realize Joan was a real person and the most written-about woman of her time. All the trials, all the interviews, everything was written down. Some of it distorted, some not.” 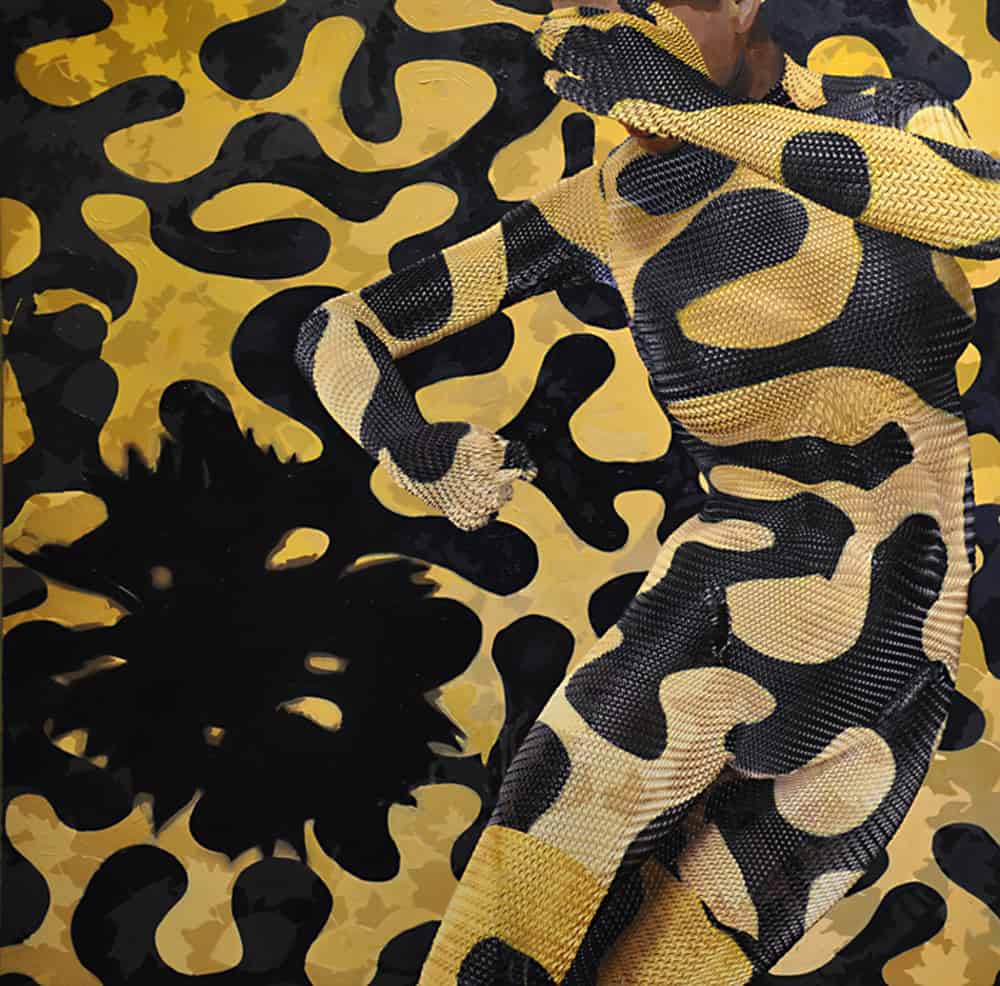 Camoflowers: Joan of Arc I (2014), oils, pigment inks on rag mounted on Birch panel, 34 by 34 inches (collection of Linda Durham)

A whiz at the computer who supports herself through a web design business known as Cybernuns (slang for female computer nerds), Filippucci has imagined the Maid of Orléans in many different contexts—charging into battle (in camouflage, no less), as a robot, burning at the stake, and of course resurrected as a saint. In her latest incarnation, Joan is partially trapped in a cage-like skirt and screaming as forcefully and violently as any misunderstood teenager, except we know that this one is under unusual duress and about to die. Using 3D digital imaging, the artist has produced large, full-size portrayals of the saint, made even more vivid by drawn and painted marks on 75- by 68-inch birch panels. Over the years, she has imagined “dress armor” for Joan, modern-day altarpieces, portraits on panel, “narrative boxes” featuring animals from the saint’s life, and bronze portrait busts, all in an attempt to fully grasp the nature of a single, though singular, subject. 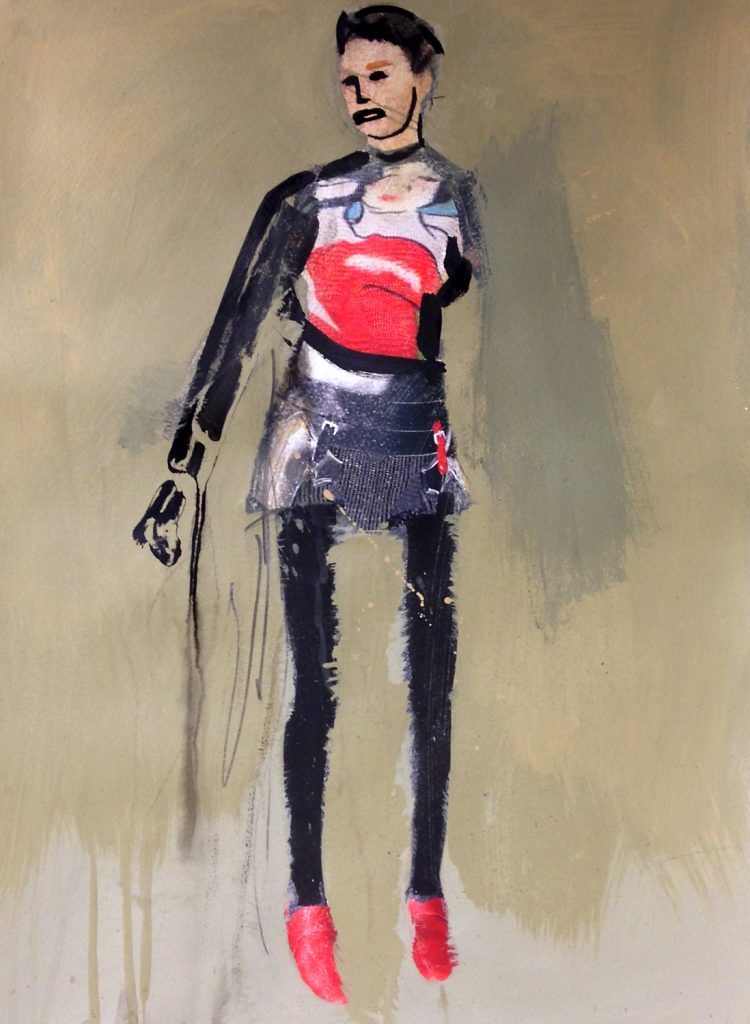 She’s also done her homework. Filippucci says she “kept digging in and trying to understand. I have all the movies, all the books, all the music. I was trying to imagine how it was that an 18-year-old whose military career lasted only a year could ride these massive horses, wearing armor, hardly eating. Where did she get the strength?”

As a young art student, Filippucci had no intention of getting so involved with a late Medieval proto-feminist heroine, or even of becoming an artist at all. She left home at 17 (about the age of Joan’s rebellion against a constricted provincial future) and put herself through art school. At first, she trained to be a scientific illustrator at a the Paier School of Art in Hamden, CT, and at the time was mostly interested in “bugs, bones, picking up roadkill and studying the anatomy.” While still a student, she was hired by the exhibits department at Yale University’s Peabody Museum to do mounted drawings of dioramas. An astute curator there told her, “You have too much personality for this kind of work. Go to art school, a real one.” 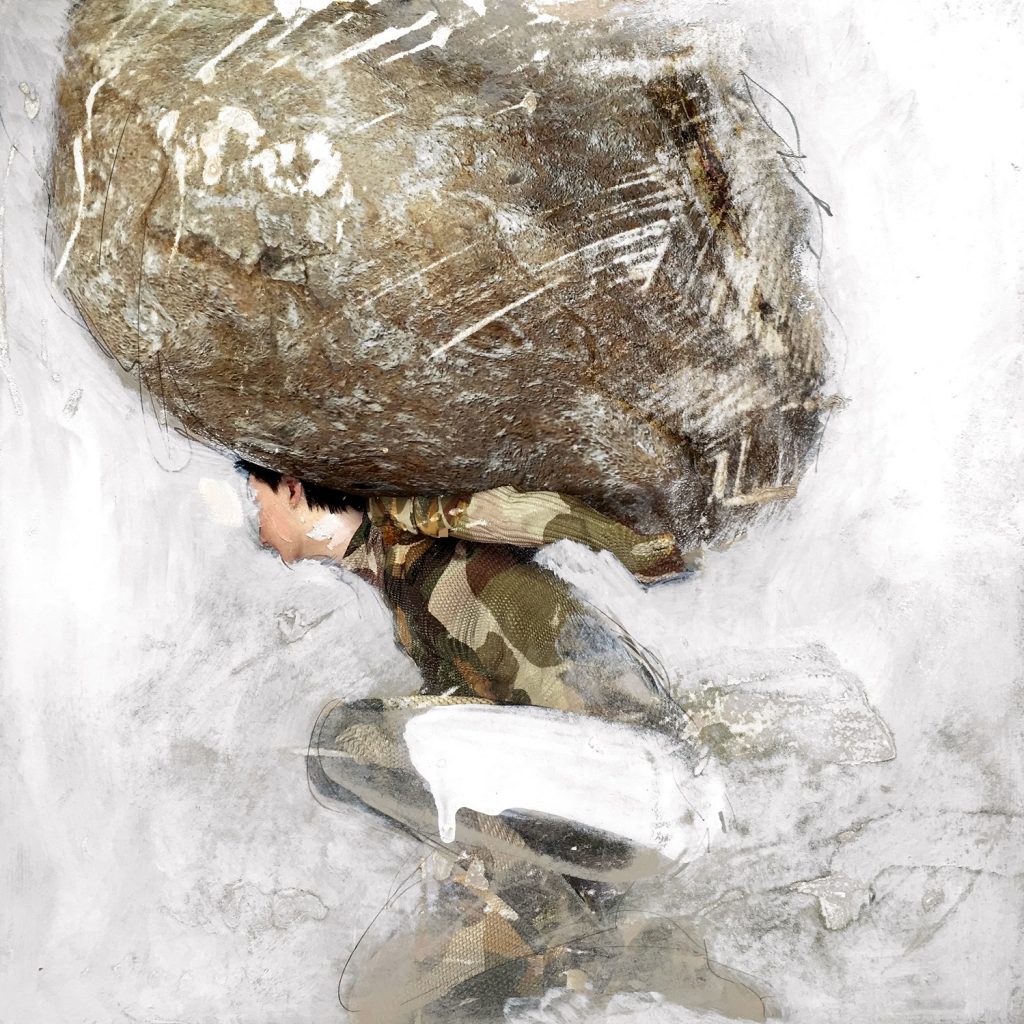 So Filippucci applied to the Maryland Institute College of Art, and headed off on a full scholarship for illustration. “While I had to take the mandatory coursework for illustrators, I was slipping into the painting classes and checking out everything else. I thought these were beyond my pay grade, it was such an amazing environment. I thought you needed special brain cells to be a fine artist.” 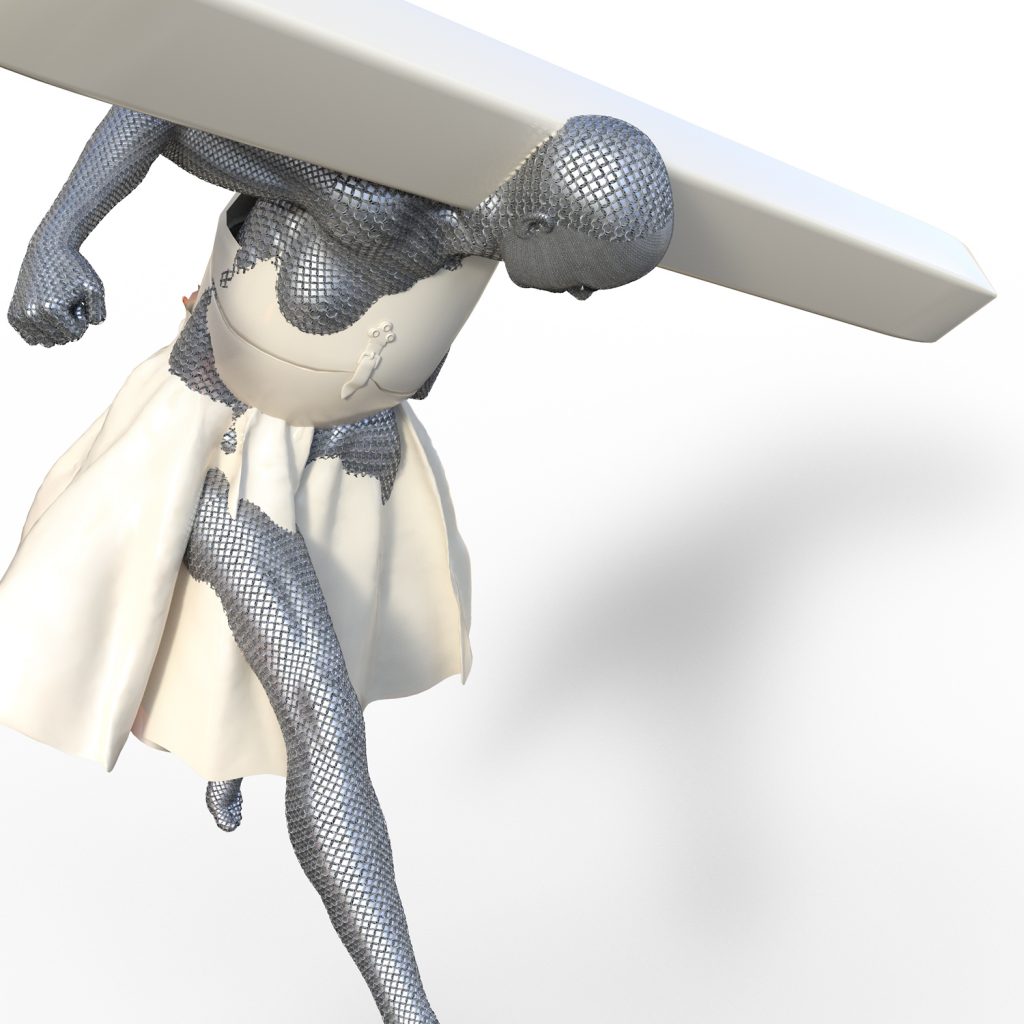 On a field trip to New York, she saw a show of Francis Bacon’s “screaming popes,” variations on Velázquez’s magnificent portrait of Pope Innocent X. “I was full of opinions, mouthing off,” she recalls. “Here was this amazing show, and I didn’t know how to process it, because it was way beyond anything I’d ever seen.” One of her teachers, Sharon Yates, gave her “such a look” and firmly admonished her, “Be quiet and learn to see.” 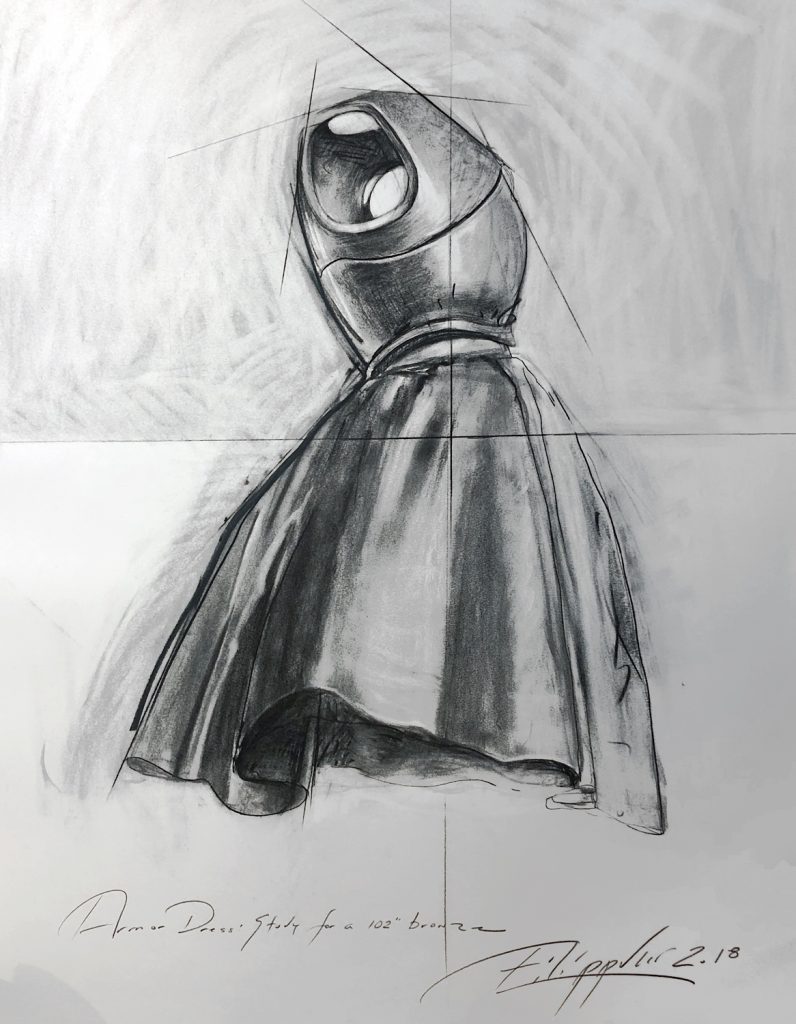 Filippucci didn’t finish school but instead moved to New York to forge a career as an illustrator; by her mid-twenties she was successfully freelancing for Sports Illustrated, the New York Times, Time, and many other leading magazines. It was not a comfortable fit, but it landed her in the company of some renowned artists in the Society of Illustrators (including Sue Coe, Guy Billout, and Maurice Sendak). “I’ve spent years trying not to be an illustrator, or rather, years trying to find my own voice,” she says. “Trying to see, to have a conversation with what I need to be doing. It comes from low self-esteem. If you’re treated roughly when you’re young, you grow up thinking you’re never good enough.” 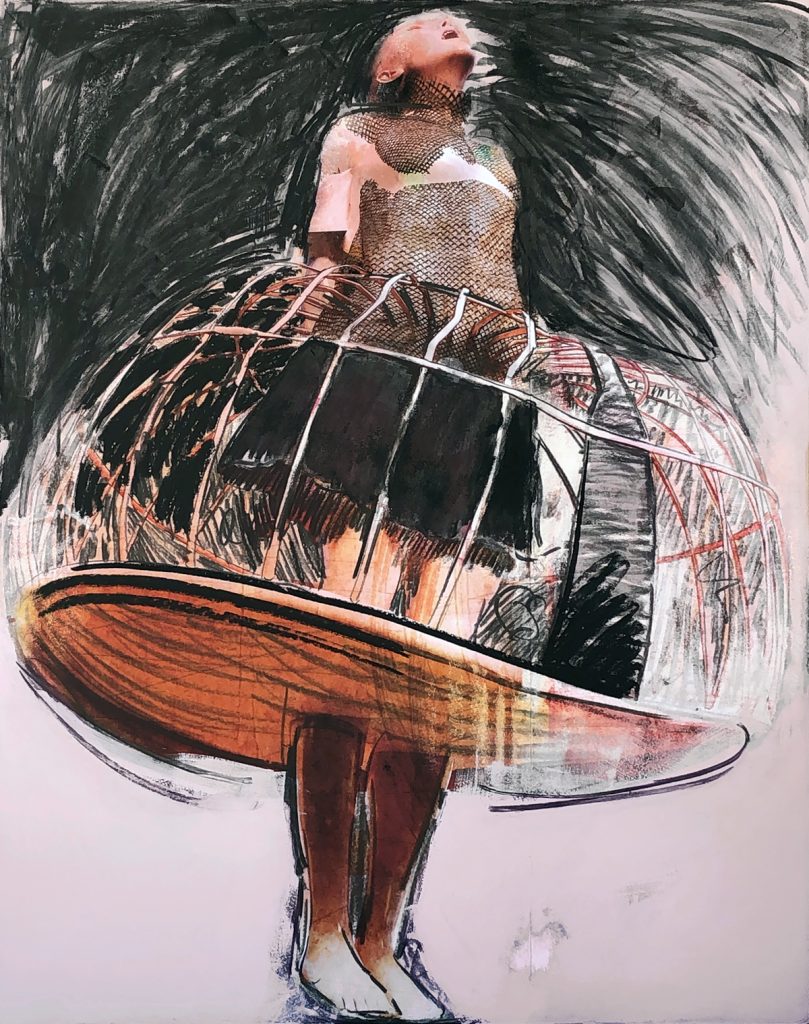 She pulled away from illustration around the time Image Bank and other large organizations established the practice of leased images. She also met her husband, a Frenchman who designed what are known in the trade as entertainment and educational robots, and moved to Kent, CT, where she exhibited early works about Joan at the Morrison Gallery and taught herself to build websites. A few years later, she had a solo exhibition called “The Resurrection of Joan” at Colgate University’s Clifford Gallery. Filippucci was invited to lecture, and the university acquired a piece for its permanent collection.

In 2007, after her divorce, Filippucci visited Santa Fe, NM, with a friend and decided that this was the place to put down roots. “The moment we drove up from Albuquerque and I could smell the sage, I said, ‘Damn it, this is amazing. I feel so good here.’ Everything about the place was intoxicating.” Less than a year later, her son moved west to attend the Santa Fe School of Art, later graduating from Cal Arts and eventually joining his father in the robotics field.

In the last few years, the involvement with the Maid of Orléans has only intensified, leading to a show called “Joan of Arc: Voices of Light” at Evoke Gallery in Santa Fe in 2016. Filippucci found a great supporter in former gallerist Linda Durham, who curated the Evoke show, along with one called “Sheroes: She Rose” at Offroad Productions. Another exhibition, “Rouen,” is planned for 2020 at the Morrison Gallery in Connecticut. 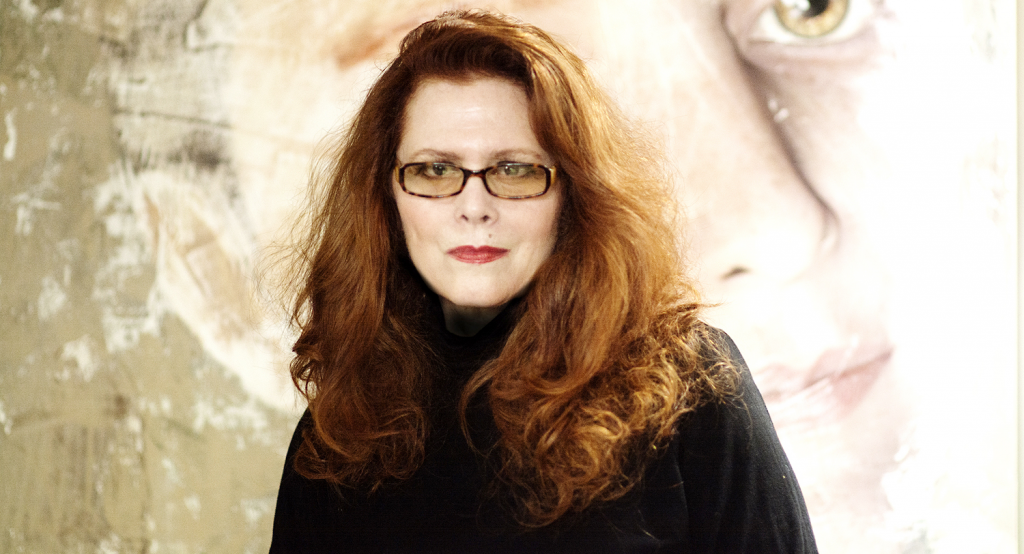 “I spent years chasing Joan,” Filippucci says. “It’s only now that I realize the work is leading back to me. She is the conduit, the metaphor, the cage I put myself into when I was thinking I’m not good enough. I’m exorcising that cage-y skirt.

“It’s an obsession,” she adds, “but I think it’s a healthy obsession because it gives me courage.”