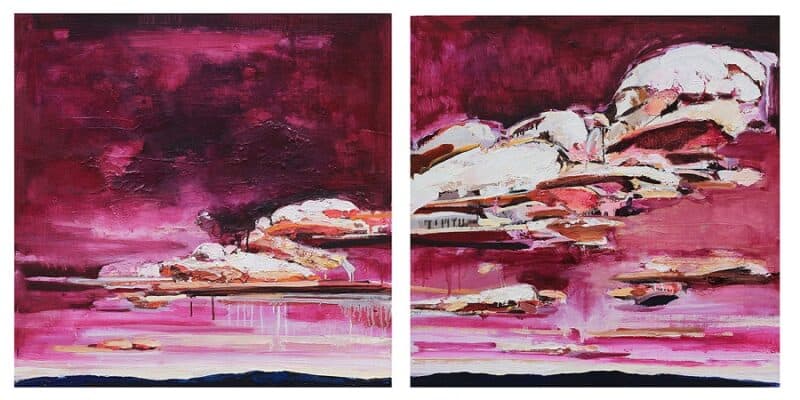 It’s a brave artist who attempts to say something new about landscape. The genre has been around since ancient times, when frescoes of Arcadian vistas adorned the walls of upscale villas, and its popularity has waxed and waned according to the talents and interests of practitioners drawn to outdoor subjects. The Impressionist era was a great time for landscape painters, less so the High Renaissance. In this country, the Hudson River School immortalized one of the most spectacular territory in the New World, and as artists headed West they found ever more amazing terrain to tackle.

And therein lies a dilemma. Landscape west of the Rockies can knock you silly with its splendor, and photographers and painters have all looked for new ways to get it down in pigment or on camera, but the results have been largely clichéd iterations of big bold brushstrokes charting the artist’s response to the natural grandeur.

That’s where Meghan Wilbar brings something new to the Western landscape: her particular fusion of realism and abstraction, which often involves the introduction of collage elements, not only finds the awesomeness of the wide open spaces, but hints at its loneliness and the mile-after-mile boredom of traveling down empty roads with only telephone poles for company.

She arrived at her distinctive approach after two years of study between 2005 and 2007 at the New York Studio School, an institution renowned for its dedication to fundamentals of painting and drawing. “The beauty of the Studio School was the variety of different voices,” Wilbar notes. From Stanley Lewis and Paul Resika, she learned two vastly different approaches to abstraction and realism. “Lewis had us find the abstraction through careful observation and mark making,” she says. “Resika had us simplify shapes and find the essence of what we were looking for.”

Wilbar stayed in New York for several years after graduation from the two-year program, but eventually her native Colorado called her home. “I love New York, but once you’re in it you tend to forget what the rest of the of world is doing. It seemed like it was time to start somewhere else. Here I can feel like I’m in the landscape but still apply all the things I learned from the Studio School—the push-pull tension, the AbEx brushwork.”

The introduction of collage came about purely by accident: I always draw and was previously doing black and white drawings.  I was working on gessoed paper to give it some stability when outside and didn’t realize my gesso hadn’t completely dried,” she recalls. “So instead of the black I wanted for the shape, it was a muddy gray. I put a piece of paper over it so I could continue and had the epiphany that I was interested in depicting space not just through line but through tangible, weighted form. Sometimes it’s good to make mistakes and run with it.”

The series Wilbar calls the “Long Road,” which takes advantage of the torn and jagged shapes introduced by collage, began during three residencies in 2018. She wanted to do at least three or four drawings on the same-sized panel in different locations, starting in Wyoming and ending in New Mexico, but the 27- by 23-inch format turned out to be the perfect size for drawing in her car (she made a steering-wheel attachment so the panel could be on a makeshift easel). “I kept going with the size, and then 2020 hit and the name ’The Long Road’ really seemed to fit.  I spent even more time driving around, drawing in my car so I kept the name,” she says. “It’s gotten a bit confusing to have so many with the same name, but I did think I needed to ride it out until the end.” 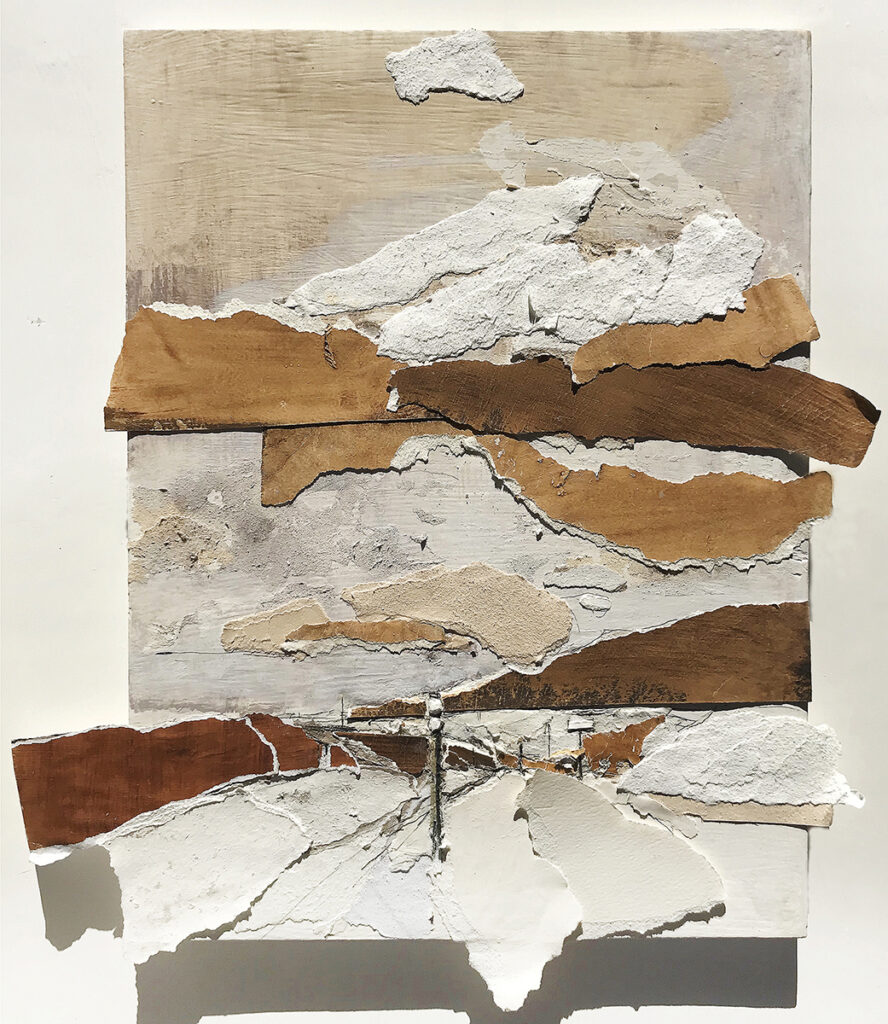 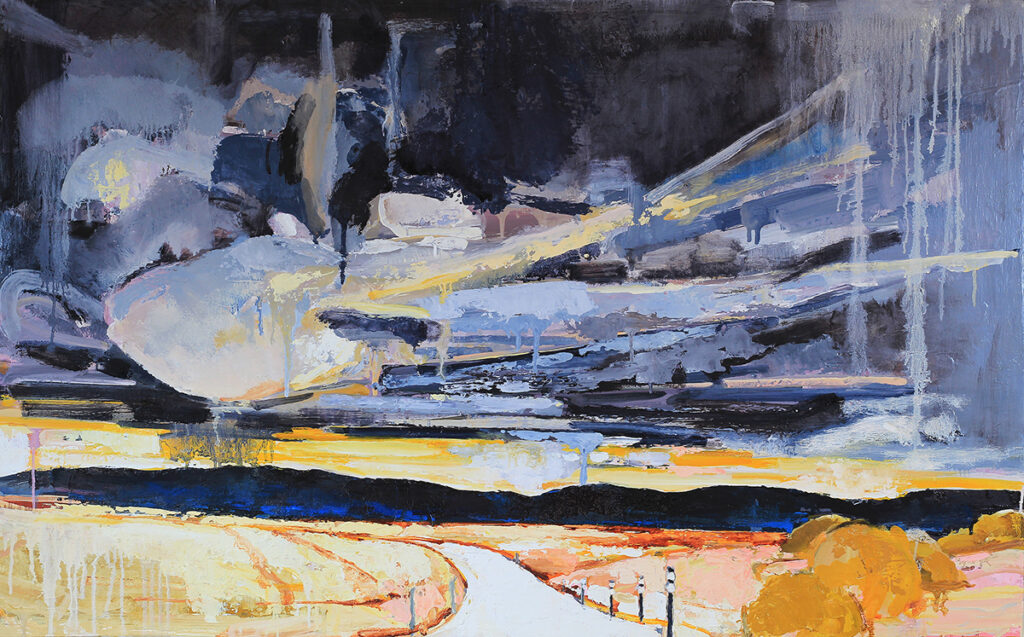 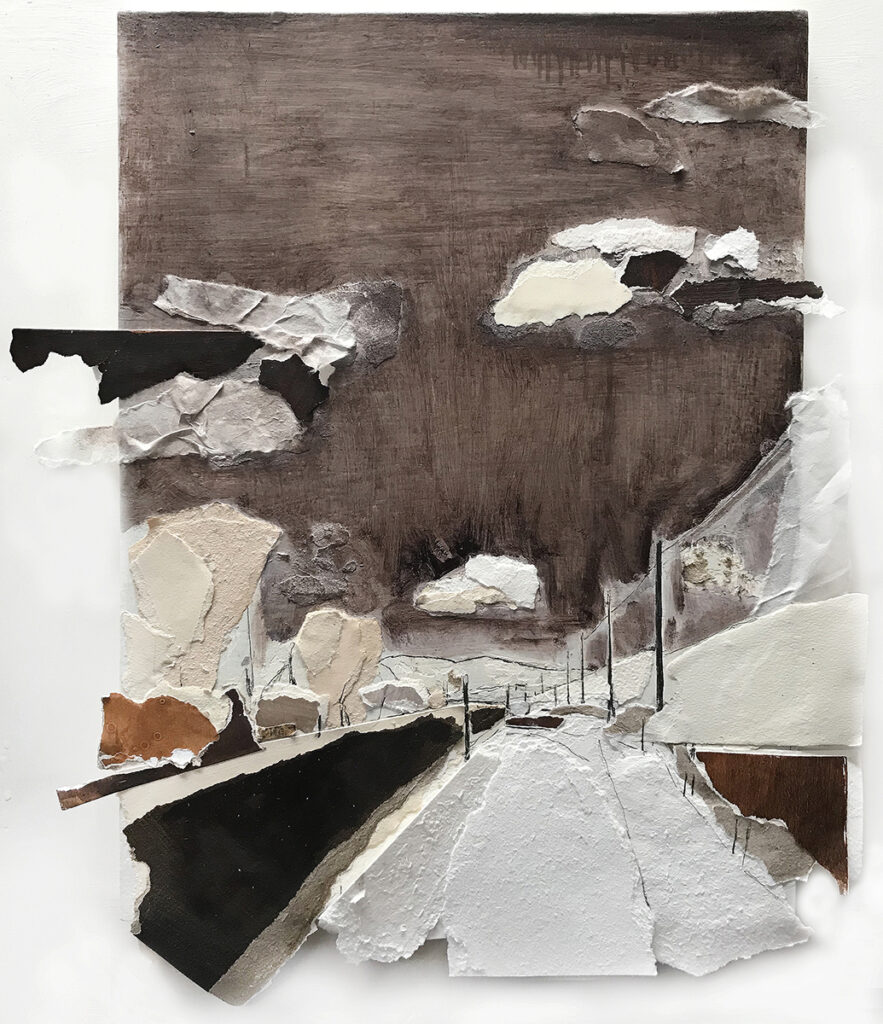 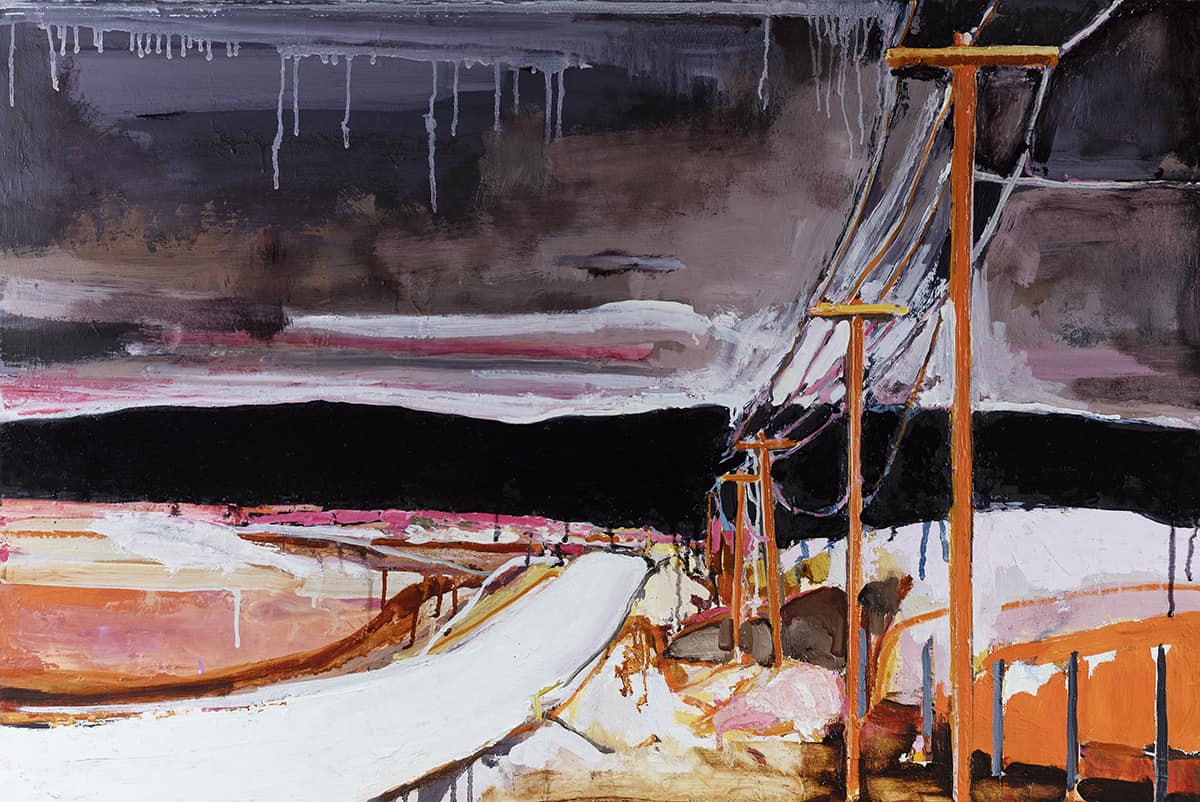 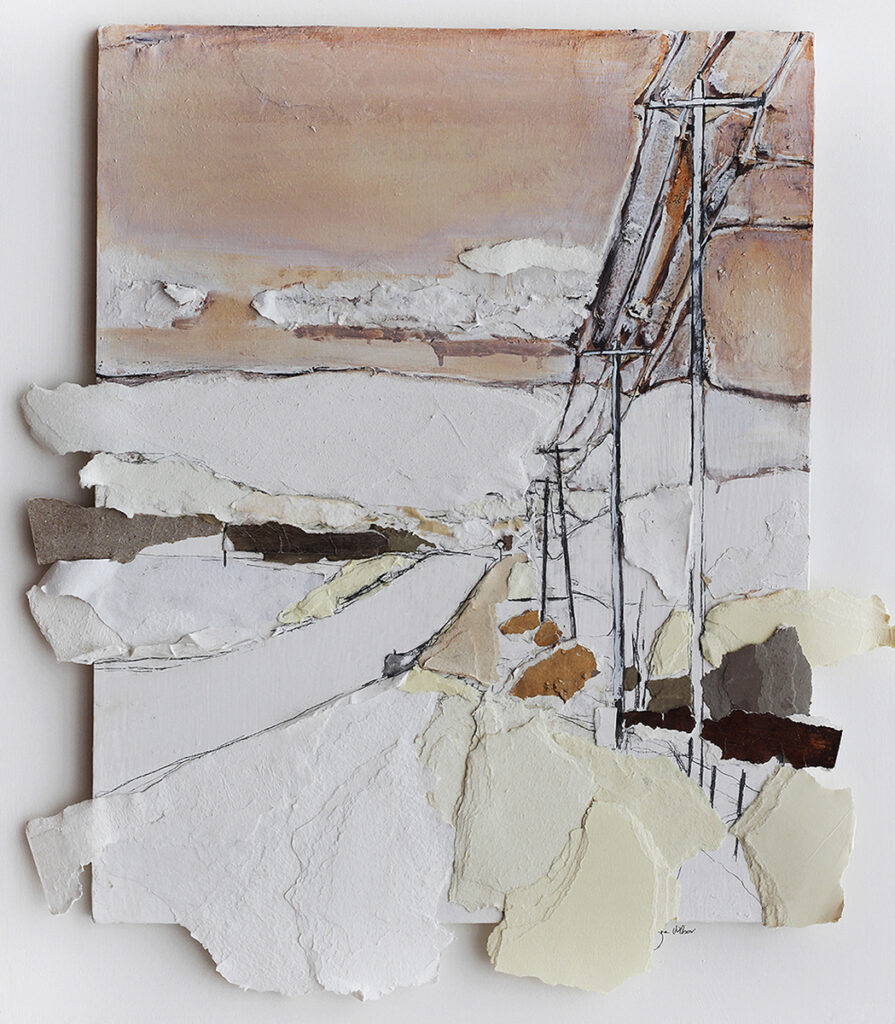 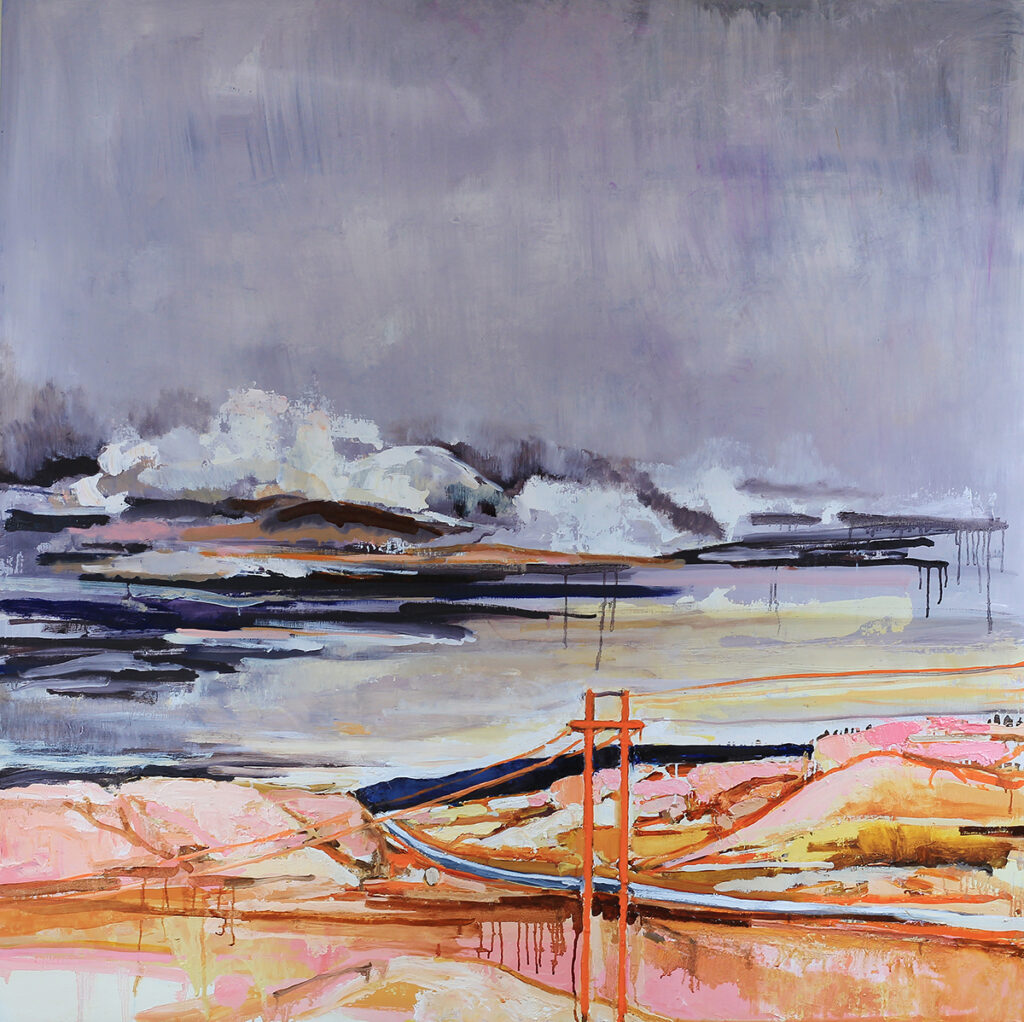 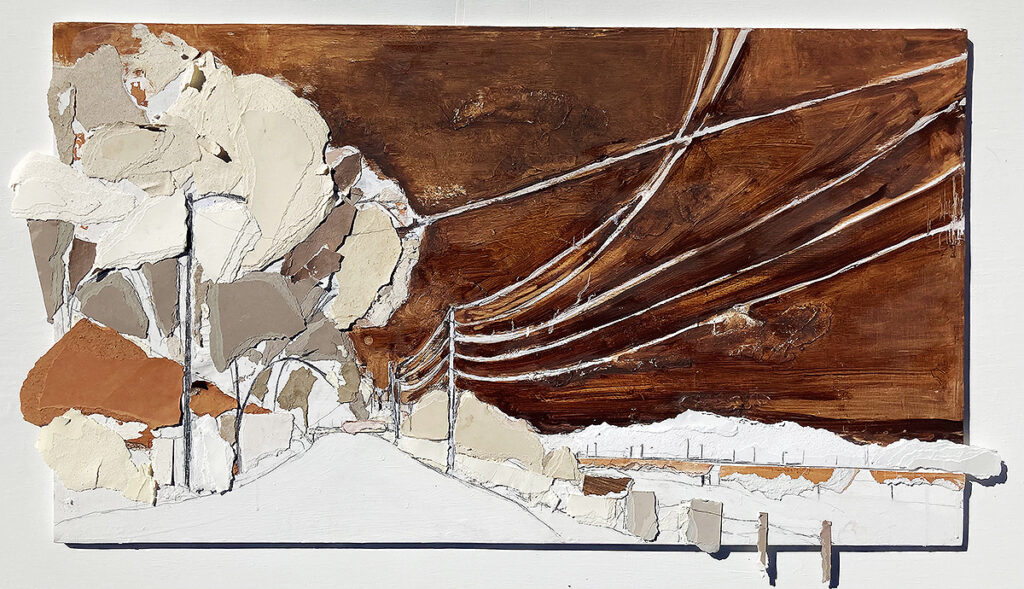