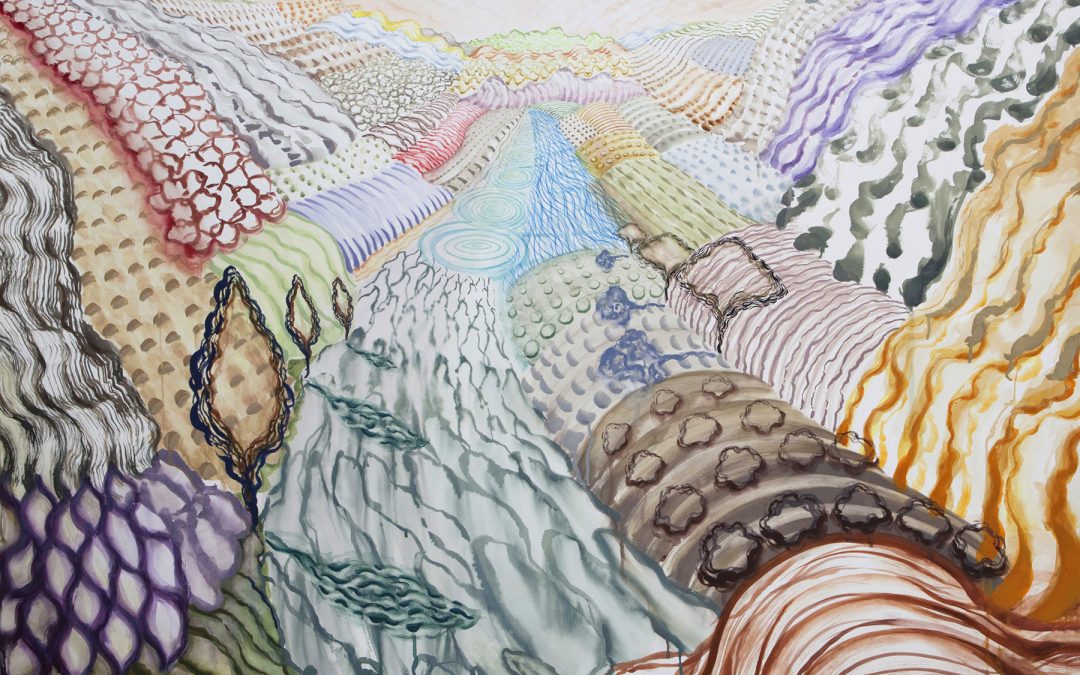 When she was 17 and forced to attend a strict Yeshiva high school in suburban NJ, Lily Prince woke up two weeks before the start of senior year with the conviction that she had to go to art school. “I have to get out of here, go back to public school and build a portfolio,” she told herself. “I had gone to RISD’s summer program,” she explains, “and I knew I wanted, needed, to go back there. The heavens opened, the clouds parted…. 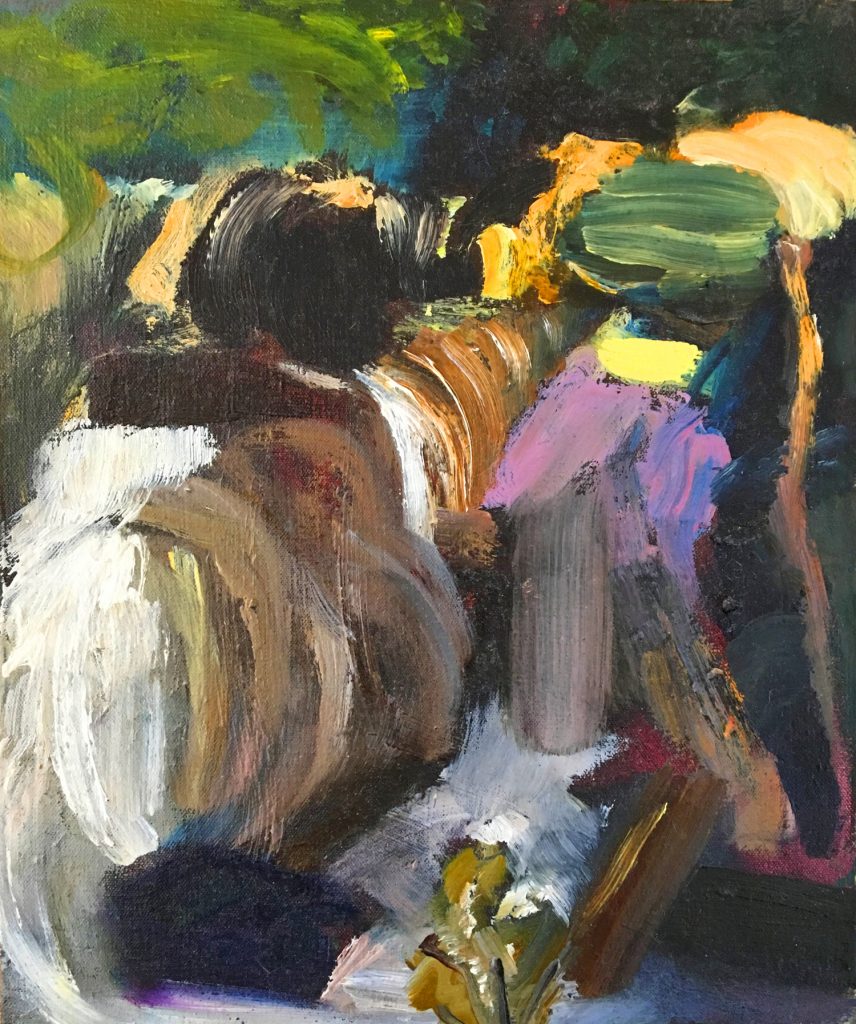 “Hey, it was the ‘70s,” she adds wryly, “when everyone was under some kind of influence.”

As a child growing up not far from New York City, there were trips to the city, to attend the opera and visit museums. Prince and her mother, a freelance writer, spent hours together making art and learning photography. One of her favorite board games at five or six was called “Masterpiece,” which involved playing cards with images from great artists. Her favorites were the Hans Hofmann abstractions: “the representational ones didn’t interest me at all,” she remembers. 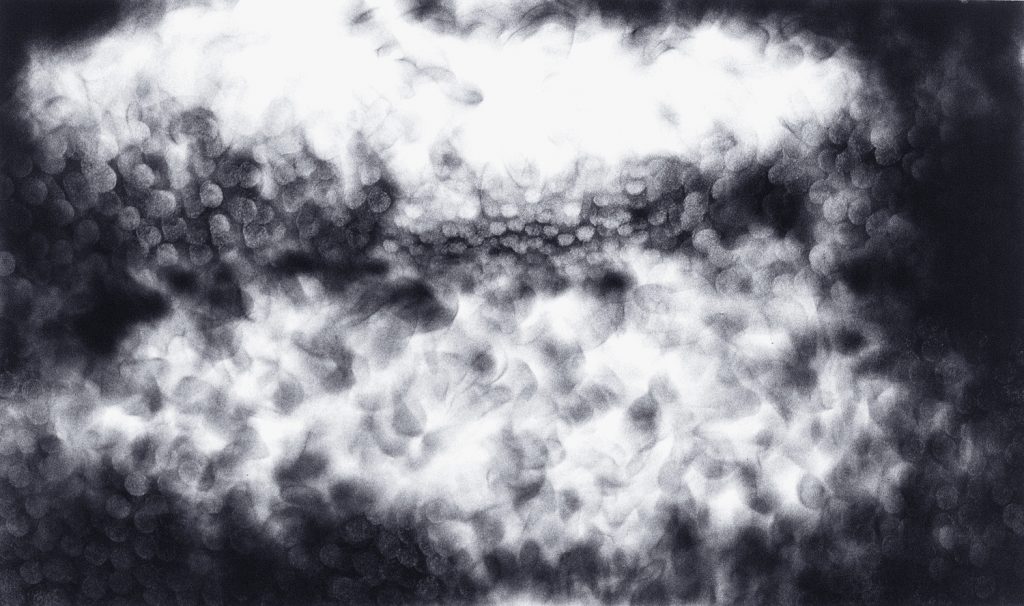 She was also, significantly for her future direction as an artist, “exploring nature whenever I could, finding empty lots and tiny creeks, walking through the woods. Somehow even in the midst of suburbia, I was able to carve out natural spaces.”

Prince was accepted to RISD, which offered at the time a curriculum that was by and large standard foundation studies, including drawing from the model. “I had to get on board with that as working from observation was really new to me,” she recalls. “I went through a phase of working with the figure, instead of just out of my head. I was trying to find my way to something that was representational and yet still personal.”

But by far the most powerful of her undergraduate experiences was a year spent living in Rome in 1983-84, in the heart of the old Jewish ghetto. The sojourn offered a chance to take Italian and art history and, of course, visit the innumerable churches, where a coin dropped in a box might reveal, for a few minutes of illumination, a splendid Caravaggio. “It was the most magical experience,” she remembers. She spent the year “walking the city,” visiting medieval hill towns outside Rome, and living with an Italian family. 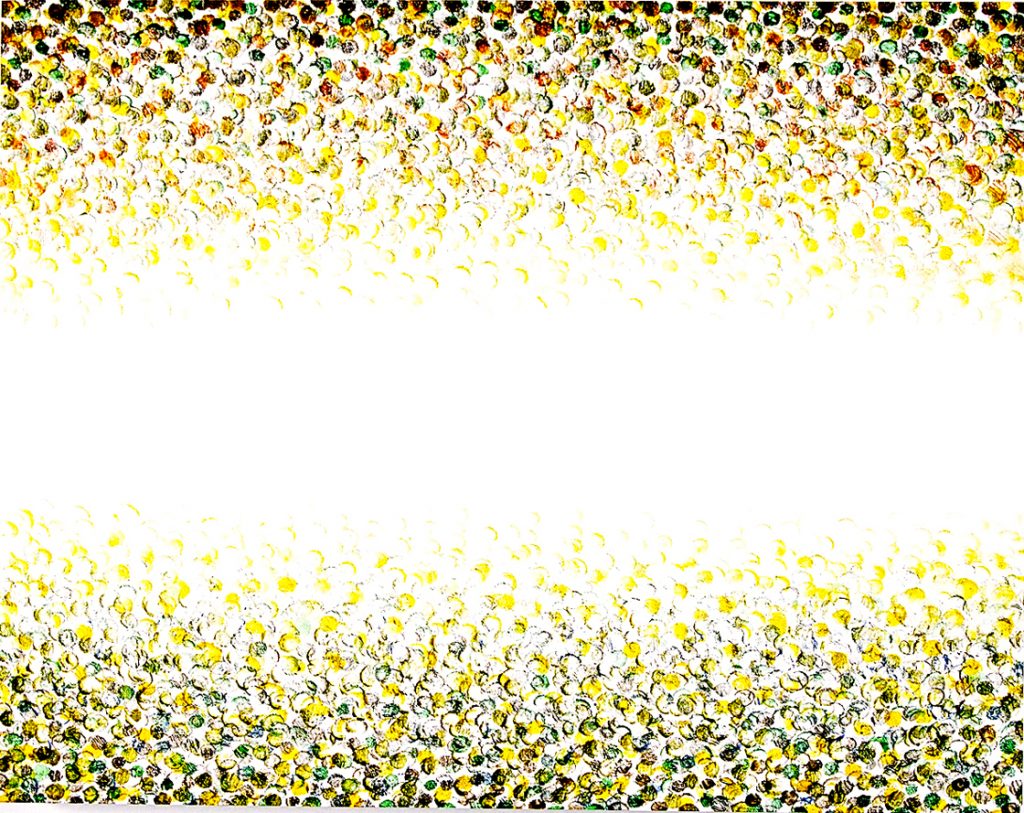 Back in the States, Prince completed an MFA at Bard College and studied for the summer at the Skowhegan School of Painting and Sculpture, where Per Kirkeby, one of her favorite painters, was in residence. By 1991, she was working to get a foothold as an artist, teaching part-time at the 92nd Street Y and Westchester Community College and living in an illegal loft in Jersey City. “It was a scary place with rats in the hall bathroom,” Prince says, “but the cold-water loft was huge and cheap and allowed me to paint almost full-time.” In ’92, she was hired at William Paterson University in Wayne, NJ, and has been there ever since, now as an associate professor of painting and drawing.

Prince’s odyssey as an artist has taken her through several different phases, from lyrically abstract landscapes and what she calls “narrative paintings” to drawings made from smoke and paintings from fingerprints (these last were sufficiently accomplished to earn favorable notices from The New York Times.) 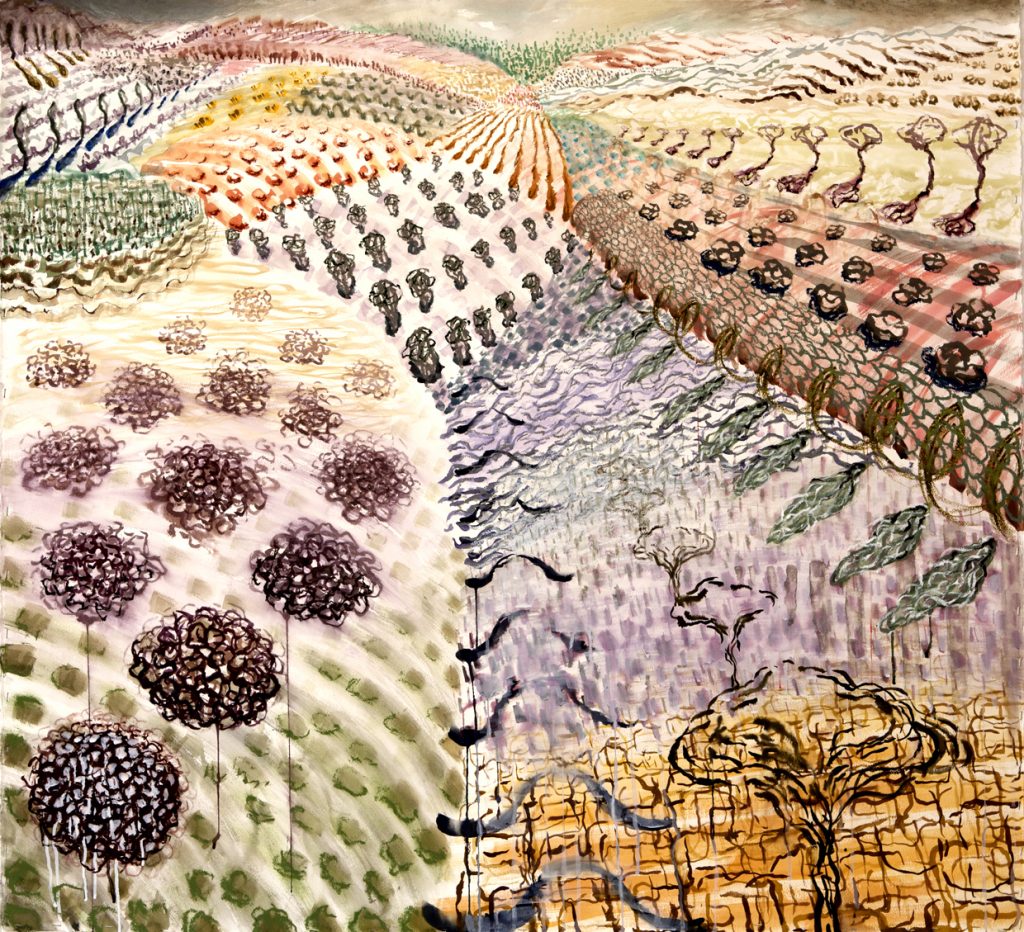 But it is really within the last eight years or so that she has hit her stride as a draftsperson and painter, finding in plein-air experiences a way of capturing the landscape in an idiom that is as distinctive as van Gogh’s (but far less tortured), and like Vincent, you can sense some of the ecstasy that communing closely with nature can arouse in an artist. “I began as an abstract landscape painter in grad school, evolved into a painter of abstract forms based on nature and then returned, full circle, to abstract landscape, which feeds my soul most.” 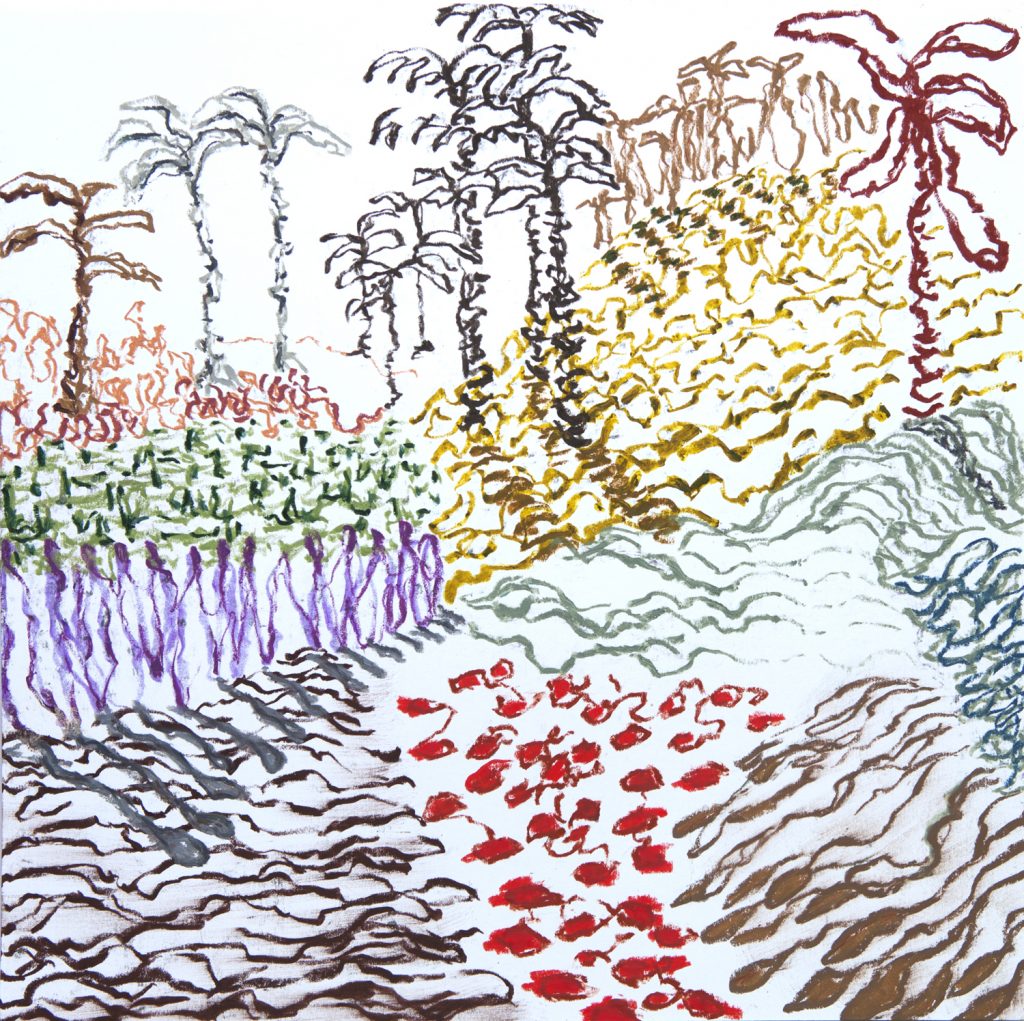 It all began when she was only one of two international artists awarded a fully funded residency one summer at the BAU Institute in Otranto, Italy. And the approach to landscape Prince developed there has remained her modus operandi since.As she explained it in a post about plein-air painting for Vasari21, “I approach a place of particular interest with plein-air drawing, beginning in black-and-white oil pastel, moving to color and then to paint. These drawings are the basis for my larger studio works. Returning repeatedly to a specific view, I combine illusionistic space with the interpretive mark-making inherent in an abstract ordering of the chaos of nature.”

Her favored spots in the last few years have been in Italy, around Lake Como and the Tuscan region known as Crete Senesi, which includes the tiny town of San Giovanni d’Asso (that year of studying Italian 25 years ago has proved useful). She also finds inspiration in the Hudson Valley of upstate New York, where she maintains her studio in an 1850s barn and lives with her husband, writer Richard Klin, and teenage daughter. “While my paintings are rooted in my interpretation of one or two particular places, they combine with the memory of past spaces and future aspiration, reflecting a simultaneity of time.” 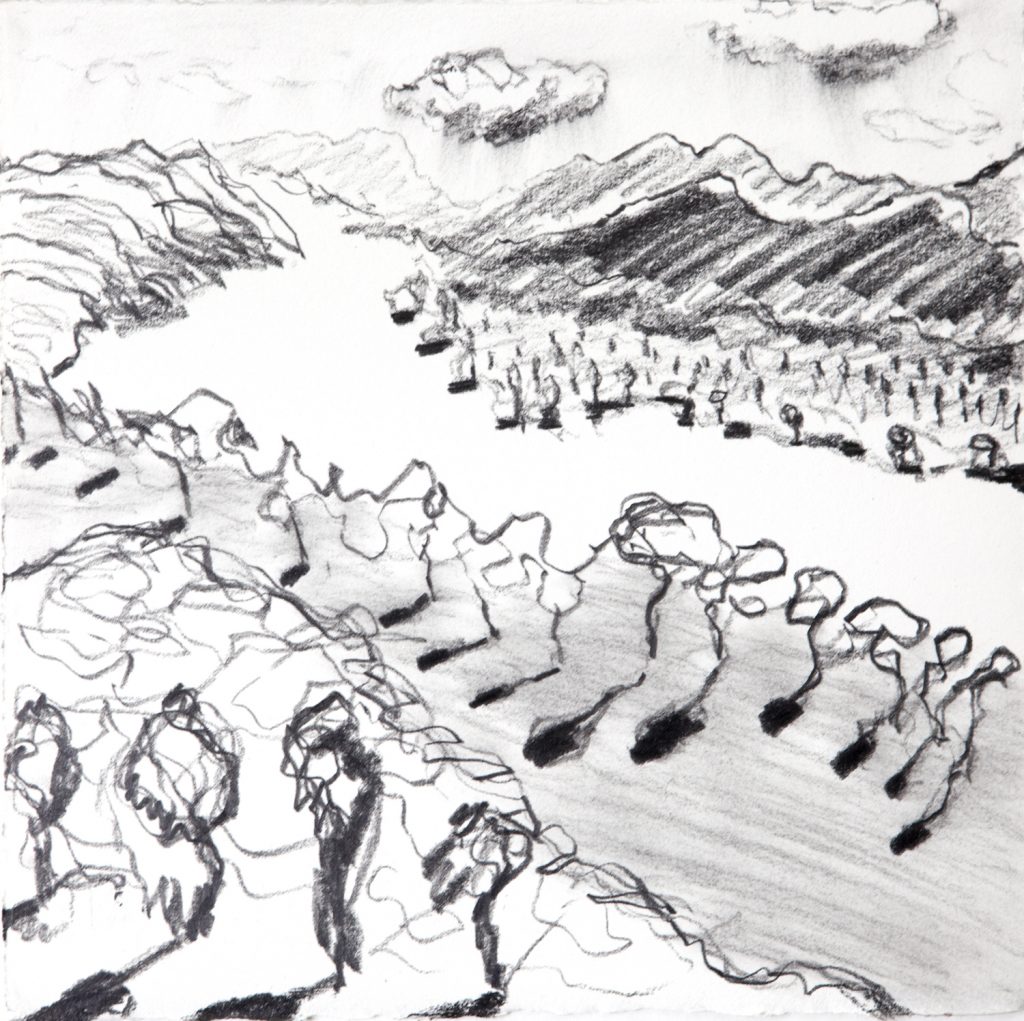 In 2016, she was chosen to be an artist-in-residence at Frederic Church’s historic home, Olana. “I was given a studio and was able to draw en plein air from some of his favorite, spectacular views,” she says. “It was a tremendous honor. Even more of an honor was that my request to draw from his tower studio—a place no painter had been inside in perhaps 100 years—was granted.”

The privilege was not without its proscriptions, however. “I was required to draw only in pencil, only for half an hour, and had to be watched the whole time by a curator,” Prince recalls. “It was nerve-wracking! But I tuned out all that and drew from the window, looking out and over the Hudson River and Catskill Mountains below and beyond. I was allowed an extra half hour, and worked feverishly to create six ten-minute graphite sketches in all. It was one of the strangest and most exhilarating drawing experiences of my life!”

Prince has been exhibiting nationally and internationally for many years, and signed on with Littlejohn Contemporary in New York in 2017, where she had her first solo New York City show a year later. This summer she plans to begin a well-deserved sabbatical from her teaching responsibilities and embark on a cross-country road trip. “I may just toss the two dogs, cat, kid and partner in the car and hit the road and see what happens!” 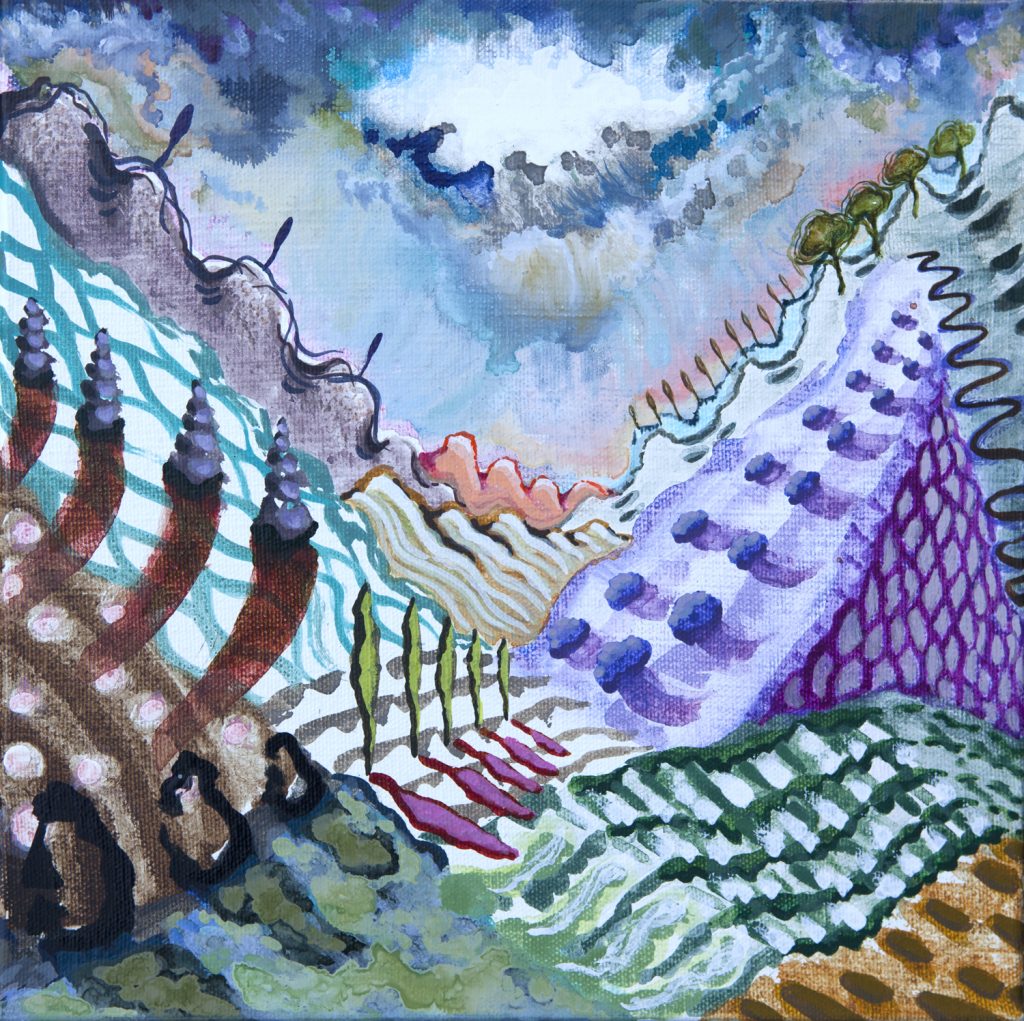 She’s planning to draw at her favorite national parks and other spots along the way (assuming the government is not shut down again). “I know for sure I want to go to New Mexico, Arizona, Utah, Wyoming and Colorado as well as California, Oregon and Washington. ”Although I plan to continue with my Italian series, this trip will inspire a whole new series of paintings and drawings,” she says. “I want to reconnect people with the thing that is still beautiful about this country, we all really need that now.” She hopes to show this new work around the country. “In these times of environmental and societal devastation, it feels like a political act to immerse myself in the landscape to record the natural beauty lurking there: to incite the arousal of sentiment, a stirring of connectedness.” 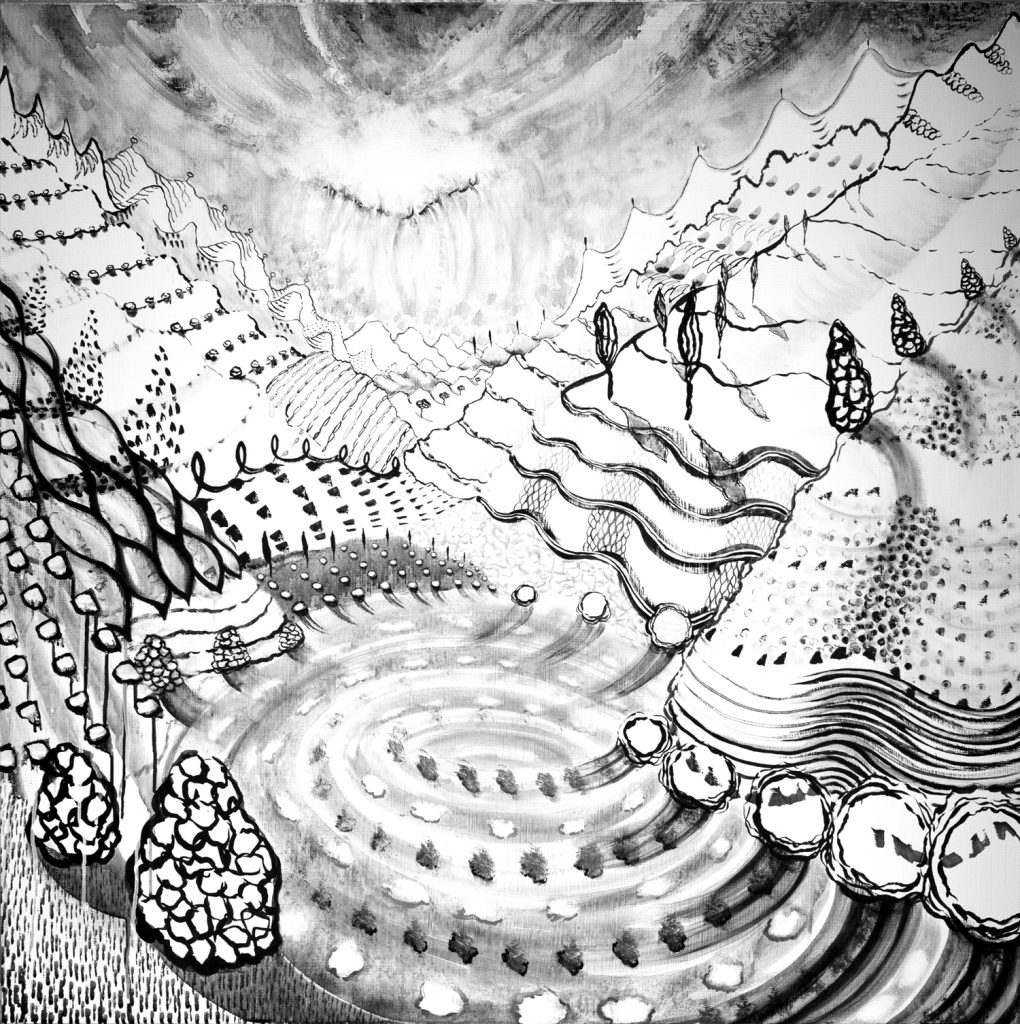 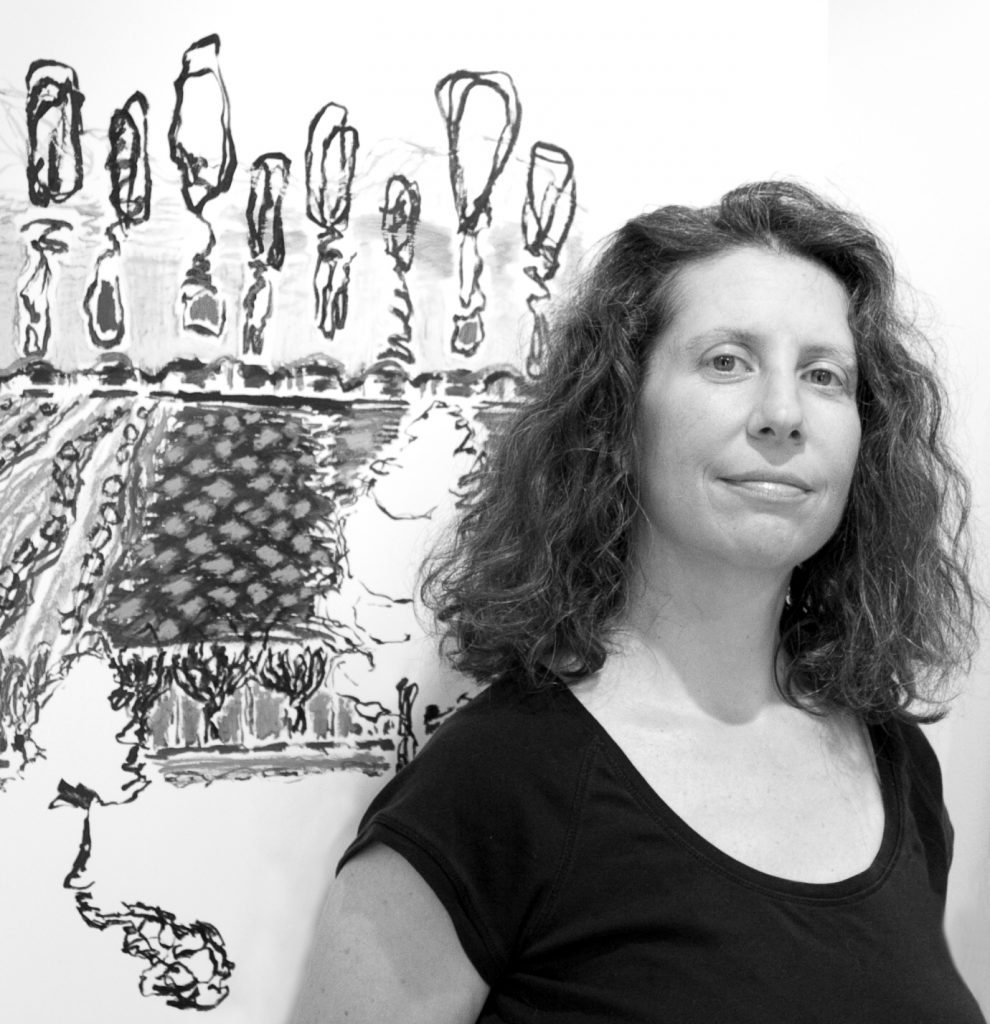 Lily Prince in her studio. You can find out more about her work at www.lilyprince.com