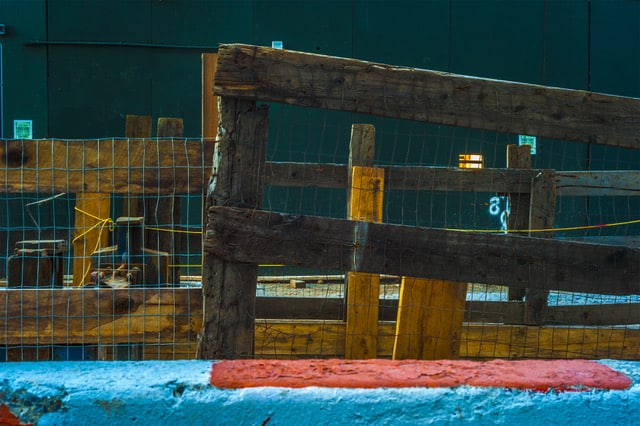 When I first saw Jeff Baker’s photos, at his home and studio in Taos, NM, about five years ago, I immediately thought of Aaron Siskind, the photographer most closely associated with mid-century American abstraction. In many of his black-and-white images, Siskind captured the accidental, almost gestural drama found on city walls and sidewalks—the scuffed surfaces, exuberant graffiti, and peeling posters and paint that in Siskind’s vision lent themselves to highly original picture making.

Baker’s subjects are similar, but he brings to his vision of these fortuitous visual feasts up-to-the-minute technology and an eye for color and form shaped through 35 years of editorial and advertising assignments. Like Siskind, he also shows affinities with the painterly breakthroughs of the Abstract Expressionists. In works like the aptly titled Motherwell, as well as in Blockhead, it’s possible to see echoes of Robert Motherwell and Hans Hoffman.

Which is not to say that his photos are entirely about formal values—line, color, composition, and shape. Nor is mid-century painting his only touchstone. Baker points out that there is a certain autobiographical element to some of his work. He describes his first show of graffiti-inspired images at Conduit Gallery in Dallas as “pretty damn chaotic.” He later realized the works were made during a year in which he was diagnosed with prostate cancer, atrial fibrillation, and macular degeneration. “At the same time as I was exploring graffiti, I was also becoming unconsciously drawn to abstracted grids that I saw in plastic barriers used to keep people away from open construction sites in New York.” The grid-based works, he says, were “about finding structure, realizing my life wasn’t over.”

Though you can place him in a long tradition of painterly photography, even going back to Edward Steichen, Baker has a greater sense of sheer fun and pictorial wit than the serious-minded members of previous generations. The title MAC/Windows is an allusion to the rival computer-based systems but is also a covered-up window in an unfinished building for the arts in Dallas called the McKinney Avenue Contemporary, also known as the MAC. Over and over photos capture the accidental juxtapositions of unexpected apparitions sharing the same plane: the two praying mantises and strange red creature in Mantis Aliens, for example. The strange arrangement of tubing and textiles in Budashop is just plain creepy and funny at the same time.

Baker offers up the half-hidden delights and mysterious markings of an urban culture we too often ignore in our rambles around city streets. These photos are a reminder of the wealth of humanity that still enlivens the asphalt jungle—you just need a sharp eye to find it. 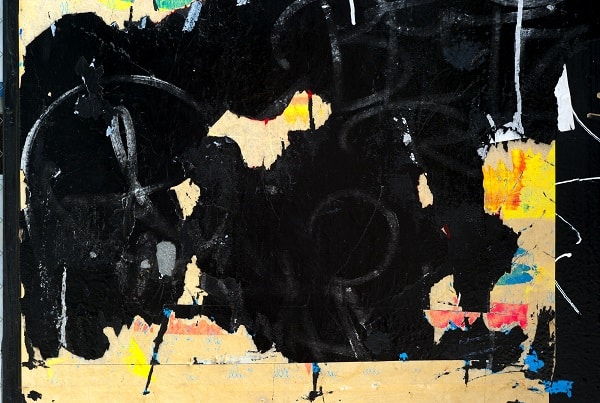 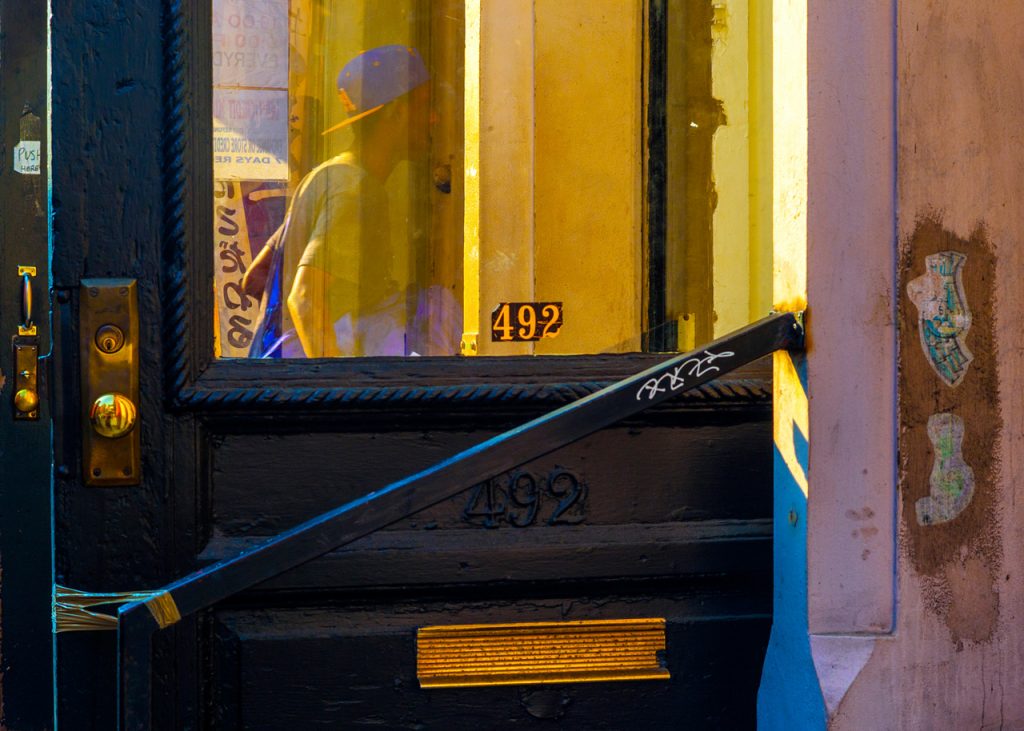 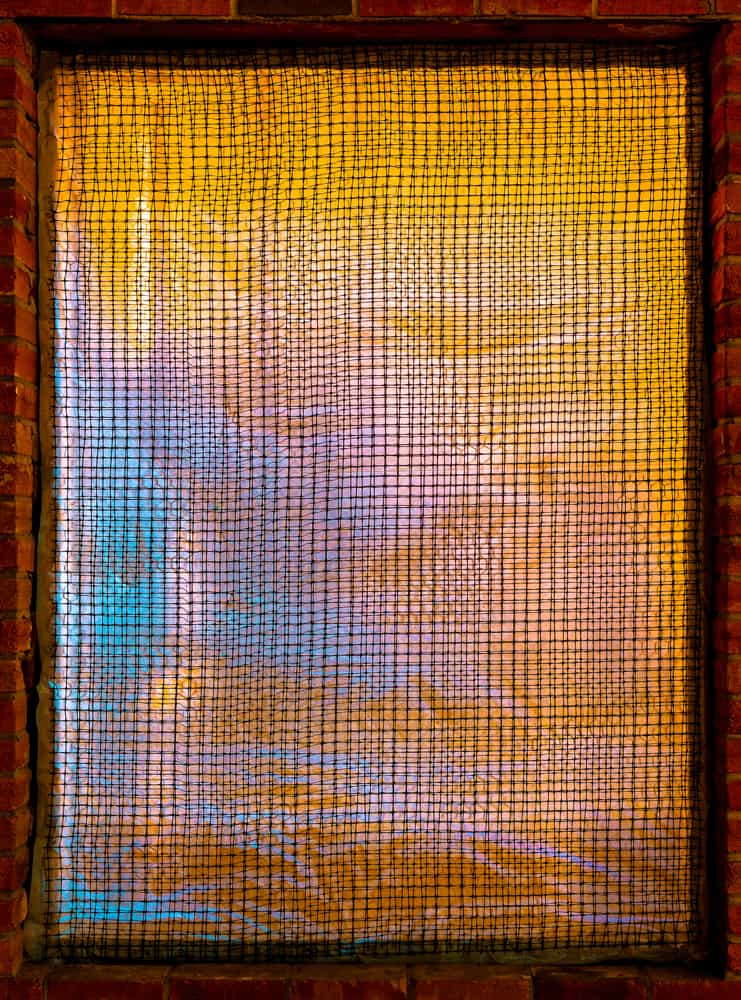 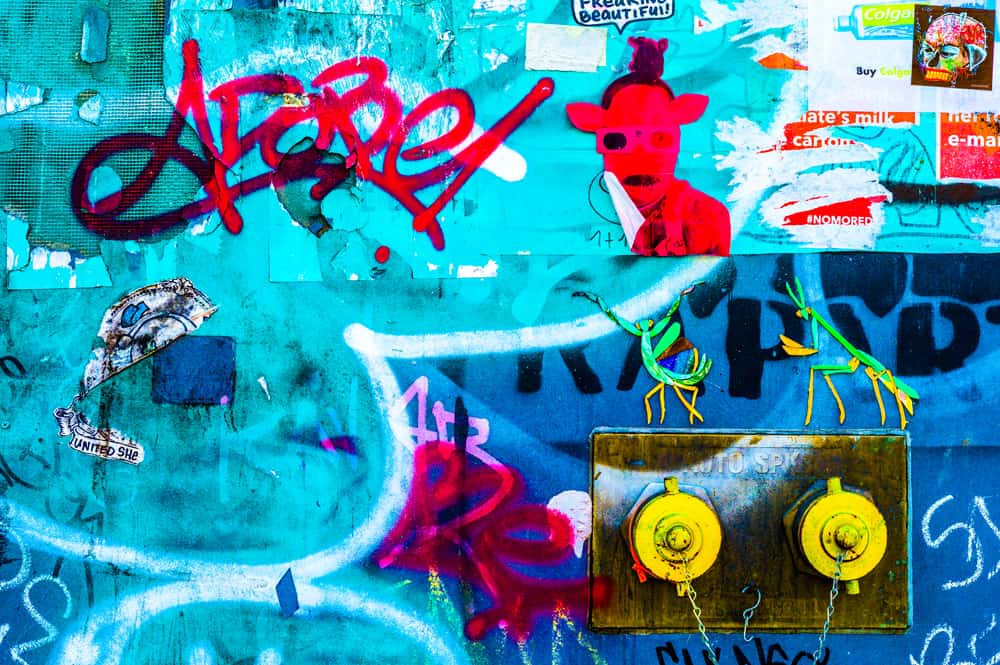 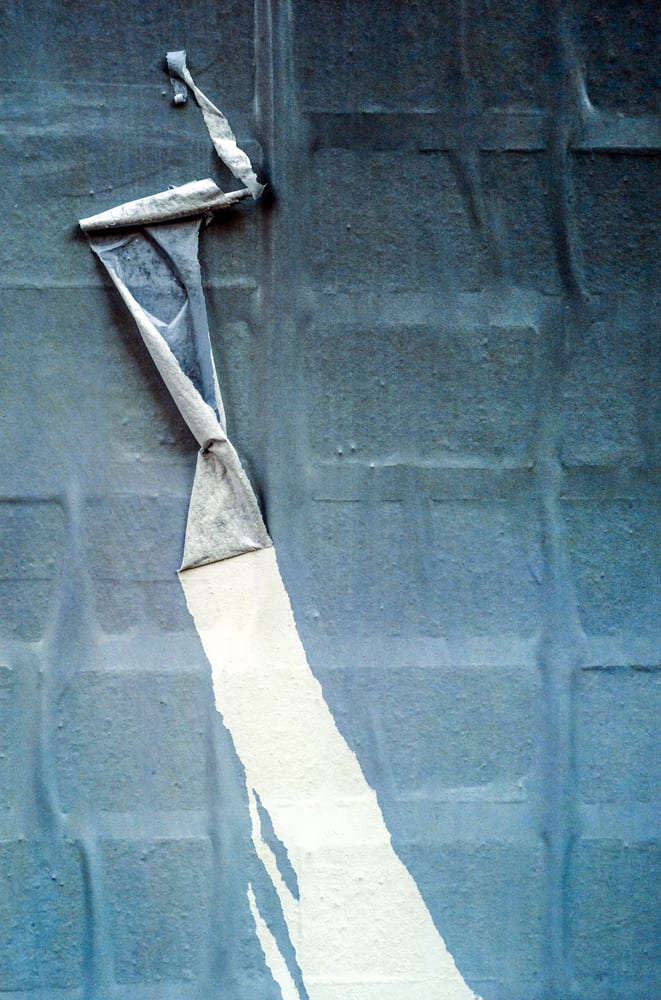 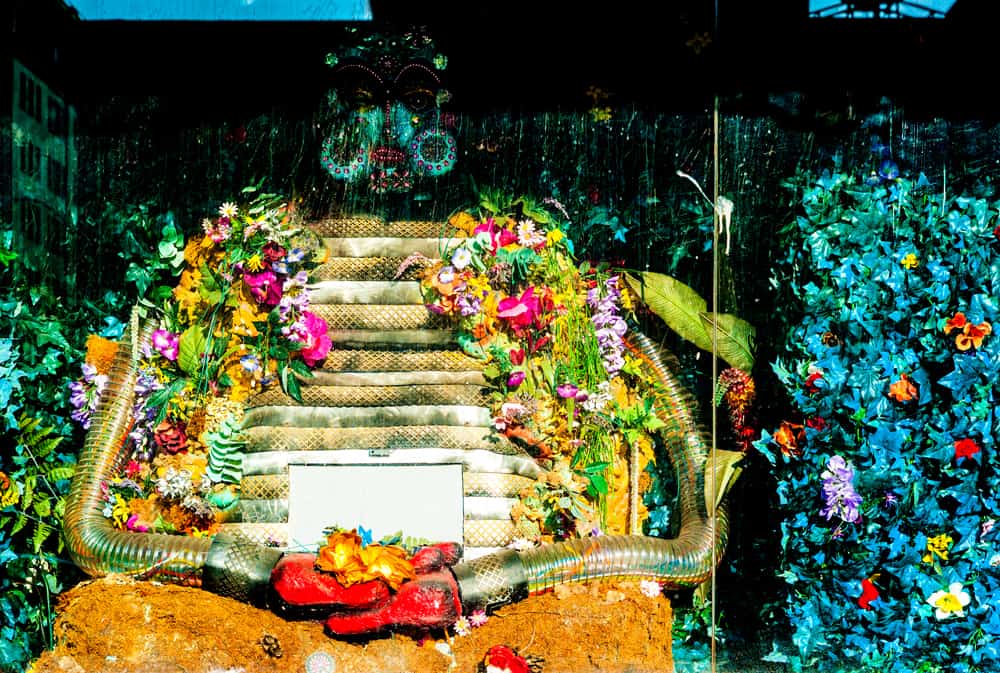 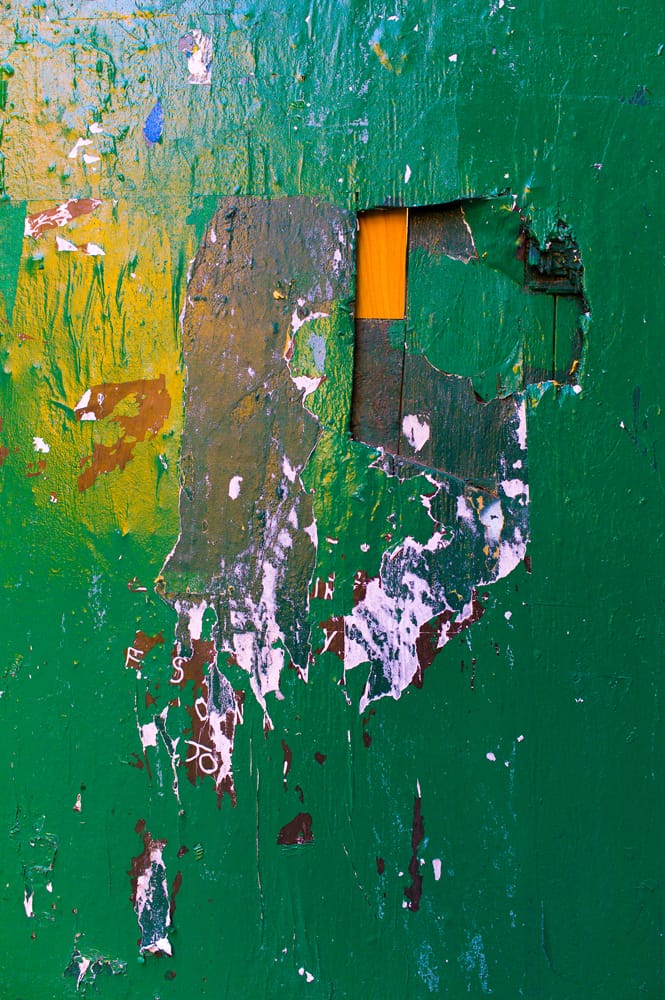