In the Beginning (Nonbiblical Version)

In many ways my lifetime has been spent in what was our backyard. Far from being chained like our first collie, Lassie (in the1950s there was no other possible dog anyone, anywhere, could have), I have roamed freely for these past 68 years. 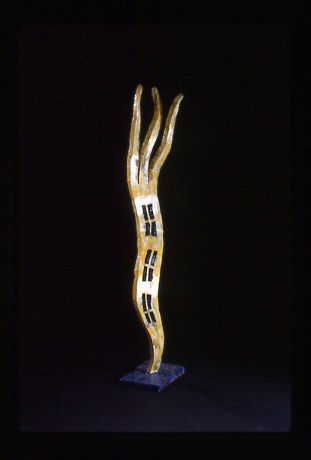 In fact, Lassie was only chained in the yard for a short time…after she bit the mailman, and was then carted off to a farm far away.

But wherever I roamed, I have from time to time peered over our fence and retraced the steps that we three children first took.

The magic of the past is that it is carried on our backs and rewinds contsantly. The familiar paths are traveled again and again. Peering over the fence, I see the meager soil from which my world was born.

Over time, fire was tamed, nails were driven, clubhouses and boats and God knows what all were thrown together in that yard. And yes, my Art was built of the very same stuff.

My older brother set himself on fire…literally.

It was a birthday. Whose birthday, I’m not quite sure. I can see the candles on the cake and I hear my brother scream. I can see the flames licking at my brother’s leg. Later, when the bandages came off, we gathered around to witness the scar.

That scar can, to this day, tell its story.

Decades later, in an act that parroted my brother’s performance, my father also set himself on fire (again quite literally).

My mother woke up, and from her bedroom, walked down the hall to the living room. The TV was on and my father sat comfortably in his mythic chair, blazing quietly away. 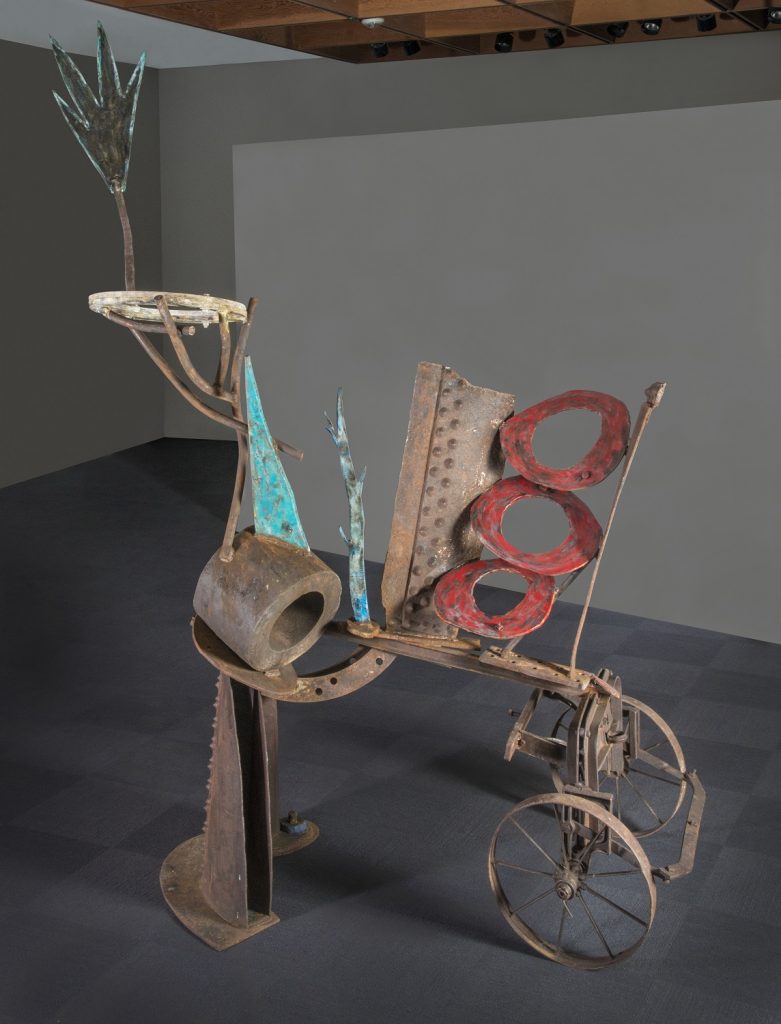 His bandages stayed on until he died some time later, so I never witnessed those scars, nor heard their full story.

Born into a family in which self-immolation was an important part of the masculine ritual, I always knew that I too was expected to absolve or redeem myself in such a way.

I chose the pursuit of art as the form my immolation would take.

Fire, at least that which is the result of the mixture of fuel and oxygen, is emitted from a cutting torch in a safely controlled manner. This is a useful tool, and one that I have used often in the act of creation.

And, yes, that flame has burned me more than a few times—but it is all the other aspects of a life in the arts that are truly incendiary.

I soon found there was a short taut wire strung between the outer world and that inner world I inhabited—and I would often become entangled in it.

However, early on, I had yet to fully engage with that wire or fight with its tensions or restrictions. I inhabited a world of my choosing. From that vantage point I could swallow the world whole, or chew for a while on its fragments. 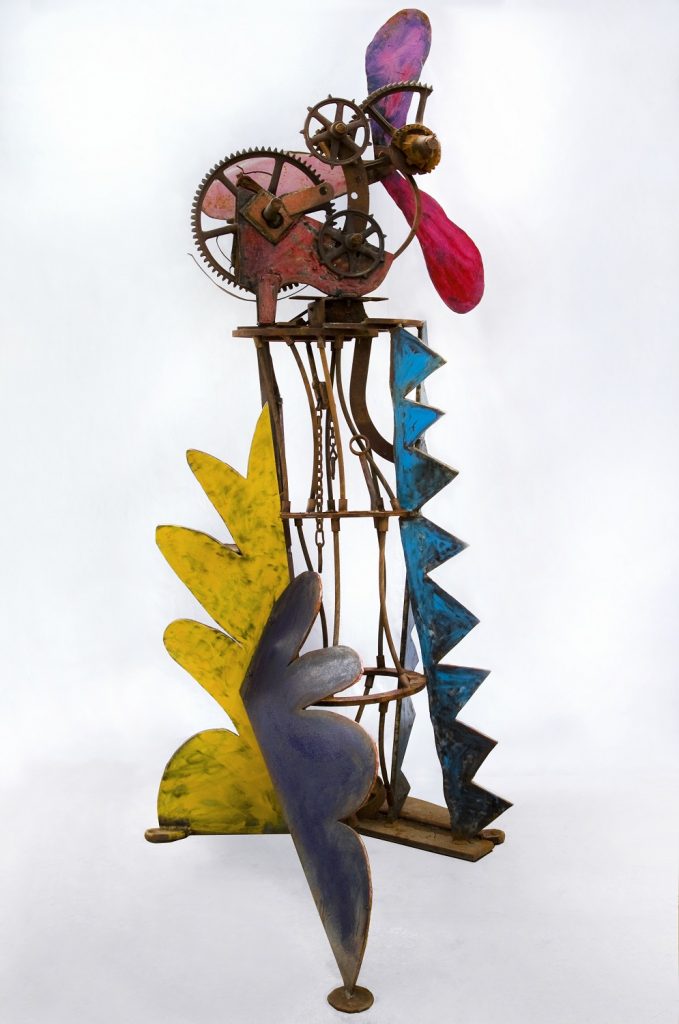 But it seemed the world was destined to come inside nonetheless, or at least vex me on the periphery in the way that the world has chosen to do.

In an instant, something in that outside world would leap from the bounds of space, time, and gravity, and lodge itself deep into the crevices of my imagination.

There it was internalized, forever and a day.

It was as if life, whether all at once or one piece at a time, sought refuge in me and I had no way to refuse.

Soon I had accumulated a huge cacophony internally, and I often spent my spare time picking through and moving the vast array about, with what at times seemed like a herculean ease.

I could watch as objects and chimera intermingled on their own, or I could, if I desired, direct them at will.

Yet this was all done with a veil of darkness stretched across the eyes inside myself.

At the end of a day, however, I knew that such events had happened. Because as night came on and I lay quietly, looking inside myself, the day itself was there.

Then I built a boat. I was maybe six years old.

Actually, I had begun “building” things years before that.

We are in primal territory here. Building was as normal for me as seeing the world inside myself. This may have simply been my attempt to clarify what it was I saw, but building answered many of my needs.

That wire between inside and outside had hardened to forge a lasting bridge between me and the world I lived in. It also defined me as myself…and the world as other.

The swing of a hammer and the decision that it was a boat I was building were the culmination of all I had experienced up to that point.

As I flailed away at this activity, the days grew long, and boards began to cling together in a tenuous embrace. Soon this was compounded by still more boards. 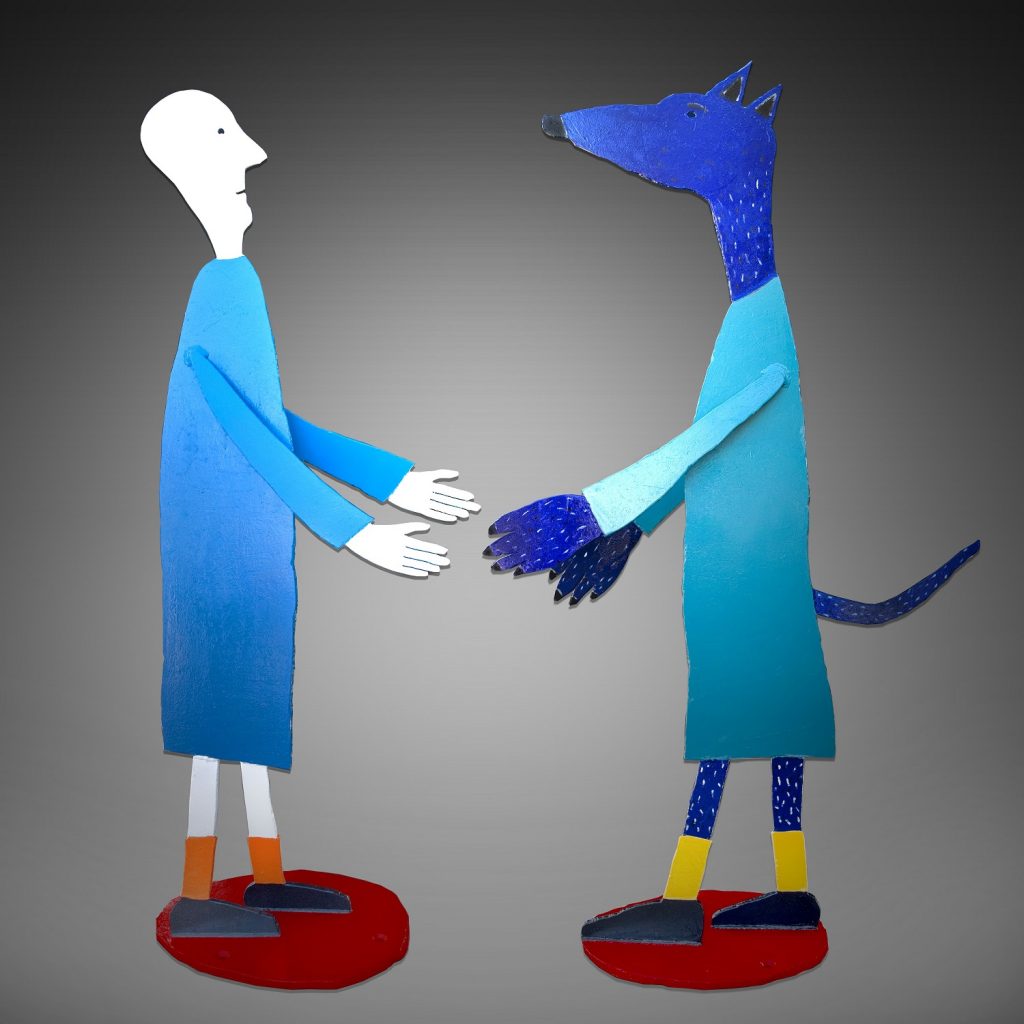 And though this accumulation of nails and lumber had no internal logic, it all seemed to make a kind of sense to me, as if building was a potential way to negotiate my life.

Like the biblical Adam who was tasked with the naming of animals, I named what I built a “boat.” It looked nothing at all like a boat. But for me it was a boat. A boat that could be defined in any way I wanted.

When a thing can be anything, we too can be untethered from what is.

A  day came when I pronounced the boat finished. Or perhaps it was I who was finished. I will never know.

For some time I admired my boat, and the thought of “what next?” did not enter my mind.

But my brother and sister soon answered that question with their insistence that the boat should meet water. Neither my brother nor my sister had my particular existential bent, and my timid arguments were drowned by their withering assault. 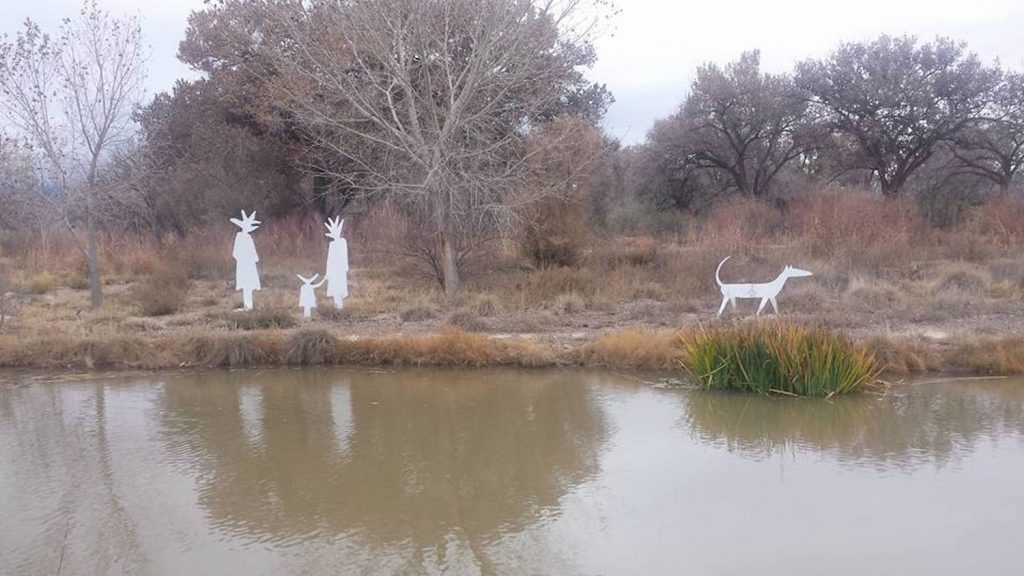 I was nervous as my father and a neighbor loaded the heavy boat into the station wagon. And all of us, parents and children, were driven to a nearby lake. Search as I may, I can no longer see the boat, but my emotional memory is quite acute. As it was dragged into the mud at the edge of the lake, it began to dawn on me that the boat’s ability to “float” was not even within the realm of possibility.

Before I could fully digest this however, my brother and sister and the neighboring kids began gleefully dancing on and around the boat, shouting and laughing.

Society can certainly be cruel, yet I was the one who went on to betray myself. By joining the others and celebrating the boat’s demise, I had succumbed to much that is dark in life.

The final ignoble insult I had to endure, though, was that  they left the boat in the exact same spot to which it had been lugged.

We all went home and no attempt whatever was made by the adults or anyone to salvage my splendid creation. 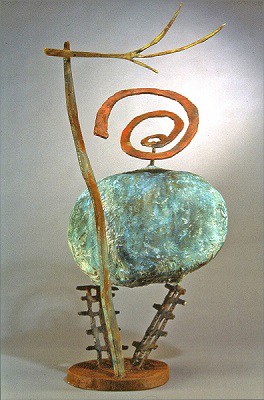 With enough time, pain does become a teacher, and so it was with the boat.

It is mired in the mud at the edge of the lake inside of me. That is true.

And try as I might I cannot get it out of the muck. But even now I have yet to fully conclude what the boat was meant to do. In my world, many boats are not meant for water.

For that I am grateful. I will never know what a thing is meant to be…or do. It simply is.

Building things that I see inside, so that I and others can see them outside, has indeed become the way I have chosen to maneuver through my life.

Day after day, the mind’s eye takes the world inside, and what that world becomes, and what it has been, remains, at least in part, what we try to define as ourselves.

I built things for much of my life and I have had to learn the power of waiting—waiting for an idea or a form to rear its head, waiting so that I can clearly see what can be seen. Waiting for the completion of my work to be reached, and waiting to see where what I have built will land in the world.

And I continue to do so: waiting for my inner world to come within reach, so that I can make it exist outside of me.

Then waiting to understand what it is that I have built.

What things really are is never all that clear.

Ed Haddaway is a sculptor in Albuquerque, NM. You can read more about his life and work here.