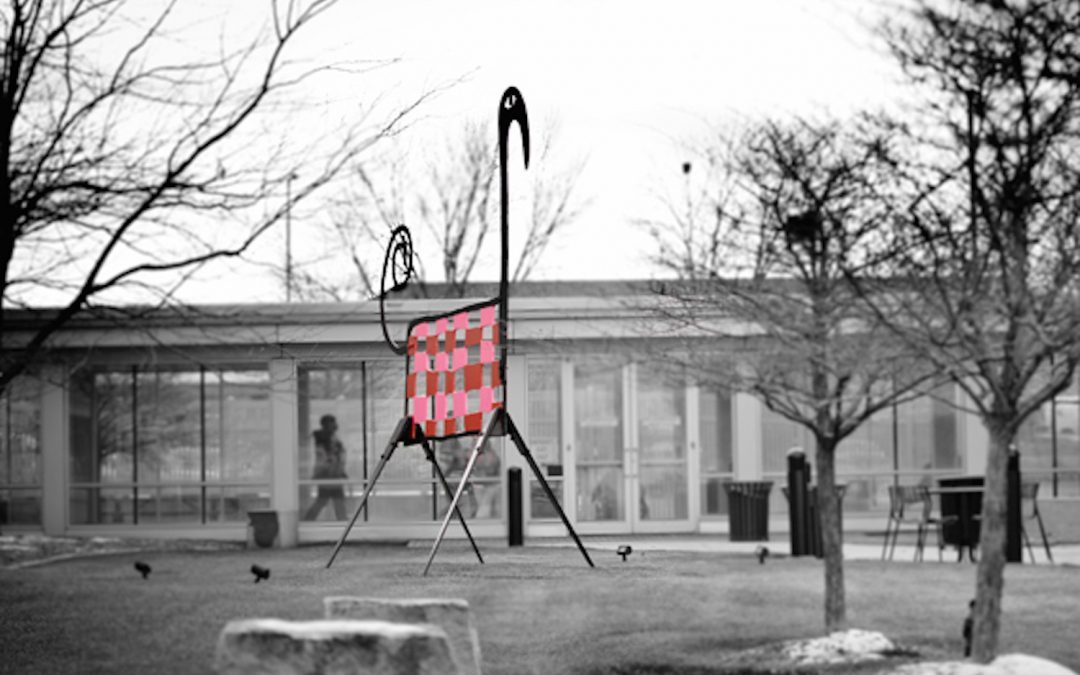 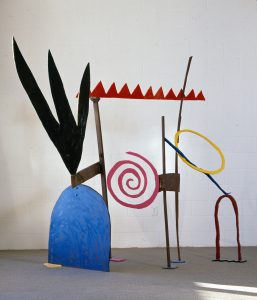 “Even as a kid,” Ed Haddaway remembers,“I was really into making things. My parents would stick us in the back yard and we had hammers and nails and boards. There was a basic primal need to put things together from about the age of five.” Haddaway, a bearded burly man who speaks with a distinct Texas twang, grew up in Fort Worth—“very mundane middle class,” as he puts it. His father was an investor in the stock market who regularly took time off to hunt and fish; his mother was a homemaker. “It wasn’t that I wanted to be an artist, I just didn’t know what else to do.” One of his three siblings, a brother, had ambitions as a concert pianist. “I would wake up every morning and he was playing the piano,” he recalls. “My persona became that of the artist. For whatever reason, I haven’t quit yet.”

One of the advantages of Fort Worth, says Haddaway, was a “tremendous museum system.” Because of his ability in elementary-school art classes, he was selected to take courses at the children’s museum. “I went twice a week. This lady would say ‘Draw!’ and we would draw. I was amazed at what she could get out of us.” 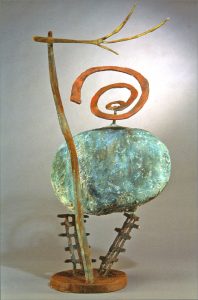 After a couple of years at Del Mar College in Corpus Christi, Haddaway realized how much he loved school and continued on to the University of New Mexico in Albuquerque. The coursework was fairly standard, the basics of drawing and painting, but because it was the early 1970s “there was a big wave of Conceptualism and Minimalism,” he recalls. “We had mostly grad students for professors. One wanted us to stop making stuff and read books about the end of art. That really upset me. I was told there would be no more art. We were all gonna sit around and think.”

After earning his BFA, Haddaway took off and wandered around the Western U.S., heading north to Canada, and taking odd jobs here and there. He ended up working in state parks, living in his camper. “I had no roots,” he recalls. “I didn’t know what to do with myself. I anchored myself outside of Denton, Texas, and started pursuing grad school at North Texas State.” 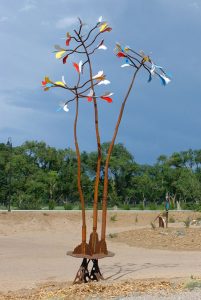 Then came a job as an art handler with the Delahunty Gallery in Dallas, run by dealers Laura Carpenter and Murray Smithers. Though he lived in a poor area outside the city, the work gave him access to wealthy collectors. Suddenly he was around “people who had enough money to think about art,” as he puts it.  The experience of encountering high seriousness coupled with money made him more determined “to go for it,” he says. “I started working nonstop on my own stuff.

“I had ideas at that time about the uselessness of art,’ he continues. “I started making machine-like things that didn’t work. Later, when I started traveling around I would pick up scraps along the road and just put things together.”

In his mid-20s Haddaway landed back in Albuquerque, where he “hung out with a guy who was a total mad-man artist.” He also became involved with a co-op gallery called Meridian and once we got to the 1980s it seemed like an explosion. Albuquerque was a great place to develop as an artist, and you could get shows in Santa Fe. Another gallery in Denver got interested in me and picked me up.” 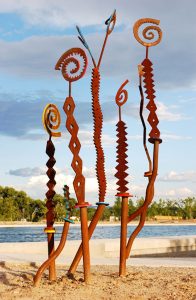 Haddaway has been in Albuquerque ever since, working on tabletop-sized sculptures and large commissions. Though his work contains nods to Calder and, less obviously, to David Smith, there’s a jaunty buoyant cartoony aspect that is all his own—along with elements of the Southwest, like cactuses and hints of other spiky plant life. He’s also attracted to old patinas and rusty surfaces and “things being built up and falling apart at the same time,” as he explained in a short PBS documentary about his work.

“I’ve always paid a lot of attention to dreams,” he says. “I wrote them down. But then they scared the hell out of me. So I quit doing that.” Making art, he says, allows him a pipeline to the unconscious. “Carl Jung’s ideas gave me a rationale for what I did. Not that I am a big follower of Jung, but it seemed we were on the same wavelength.” 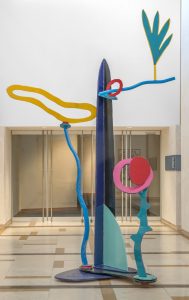 Partially deaf since childhood (he has been wearing hearing aids since he was in the third grade and now has a cochlear implant), Haddaway calls himself an “extreme introvert.” Art provided him with a way of connecting with others. “I’ve always had to do an elaborate guessing game to find out what other people were saying, but when they pay attention to my art it’s easier than if they’re paying attention to me.

“Making art has been a lifeline,” he adds. “Otherwise I think I would have gone nuts.” 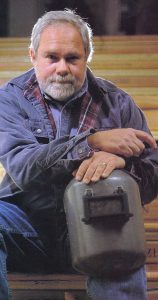