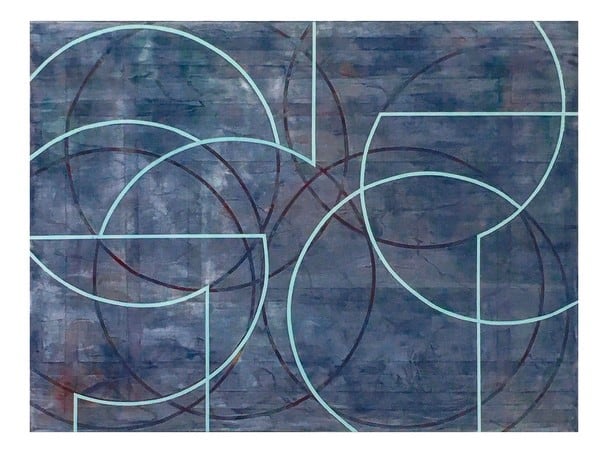 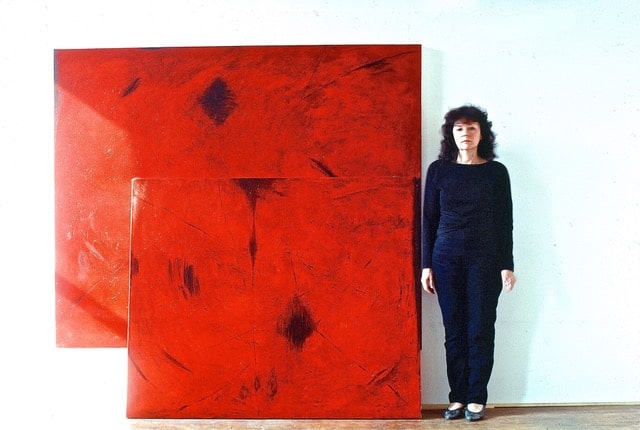 Gudrun Mertes-Frady credits her childhood as the daughter of two architects, one of whom taught at a school modeled after the Bauhaus, with the look of her mature paintings: restraint and control always n balance with an impulse toward lyricism, with an elegant network of lines pulling the surface together as surely as girders and I-beams rein in gleaming walls of glass. “I grew up among drawings and floor plans,” she recalls. “I never wanted to go outside. I was not interested in sports. I was happiest when I was at home making something.” 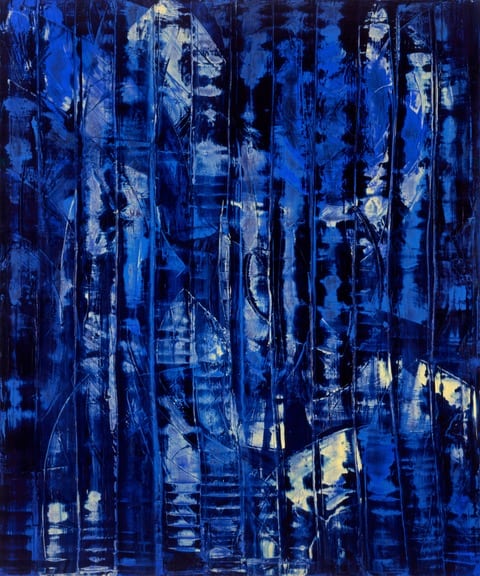 Both her parents and many of their friends had attended the art academy in Cologne, and that’s where Mertes-Frady applied when she was 18, sitting for three days of rigorous competitive exams. Though Cologne would later become a hotbed of artistic ferment, spawning such ground-breaking talents as Gerhard Richter and Candida Höfer, in those days the school still focused on academic training and Mertes-Frady confesses she didn’t much like it.

As happened for many women of her generation, the artist got married when she found herself pregnant, and there was little choice but to follow her husband’s career when he was offered an assistant professorship in geochemistry at California Institute of Technology in Pasadena, CA. A second child followed 18 months after the first, but Mertes-Frady continued to pursue her art interests at a local art school, showing now and then in local galleries or exhibiting with friends from her classes. 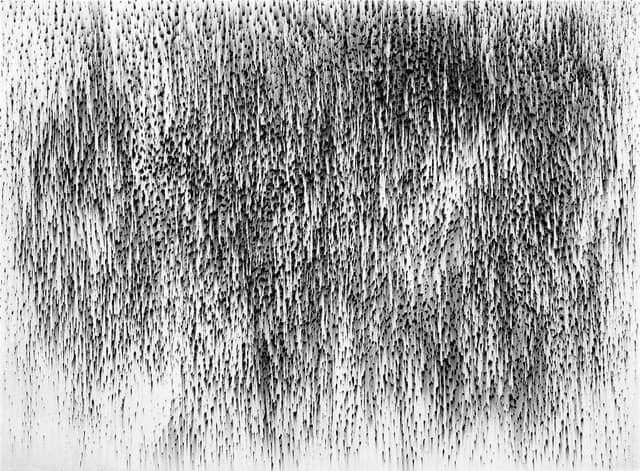 When her husband’s visa expired, the family was required by law to move back to Germany for three years before applying for another. They settled in a small town near Cologne, where the artist’s third child, a daughter, was born. “I took classes in pottery and made a sculpture of her head,” she recalls. “While she was taking a nap, I could set up next to her and work.”

Her prospects as an artist began to look up when the family moved to Atlanta, GA, so that her husband could teach at Georgia Tech. Mertes-Frady found a community of like-minded souls at a local art school, and convinced some of them to open a gallery where they could show their work. They rented a former TV repair shop in a dicey neighborhood and created enough of a stir that the local newspaper noticed and the director of the High Museum came to visit. But as the neighborhood grew increasingly dangerous—not a good place for her kids to visit after school—the gallery folded. 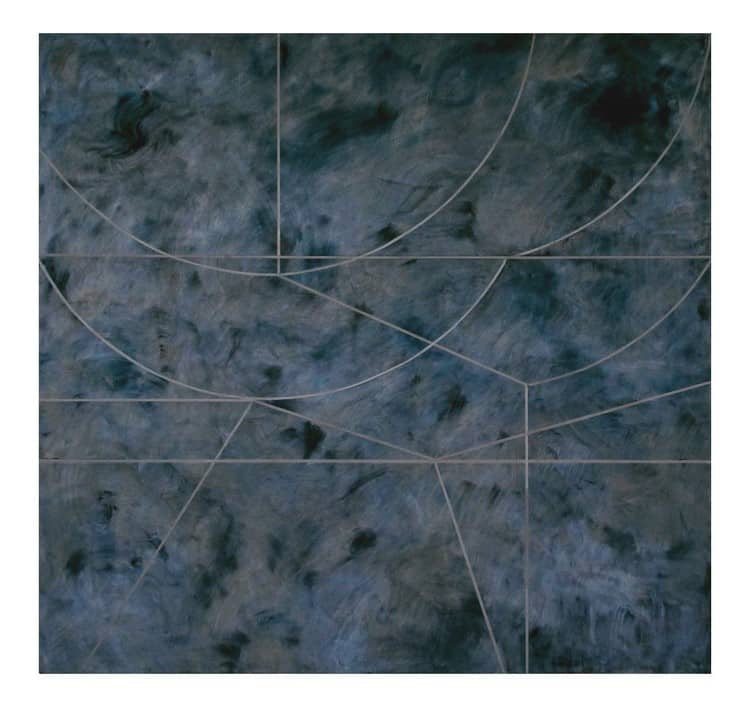 Her first marriage also foundered. But her second, to prize-winning journalist Marshall Frady, promised to take her in a more productive direction when he was hired by ABC in New York. A larger art world beckoned, though as a newcomer to the city, an artist in search of community, she was on her own and discovered it wasn’t easy to forge connections. The Art Students League on West 57th Street, just a few blocks from her apartment, seemed a logical first step.

In Atlanta, Mertes-Frady had been making huge pieces from fabric and sisal (one of which led to a commission from Rockefeller University), along with assemblages, and she brought examples of the latter to show Bruce Dorfman, an accomplished artist and a “life member” of the League. He told her, “I don’t think you should be in my class. I see exactly where you’re going.” He meant it as encouragement, but she was crushed. “I wanted to belong somewhere. I didn’t realize that he thought my work was good.” 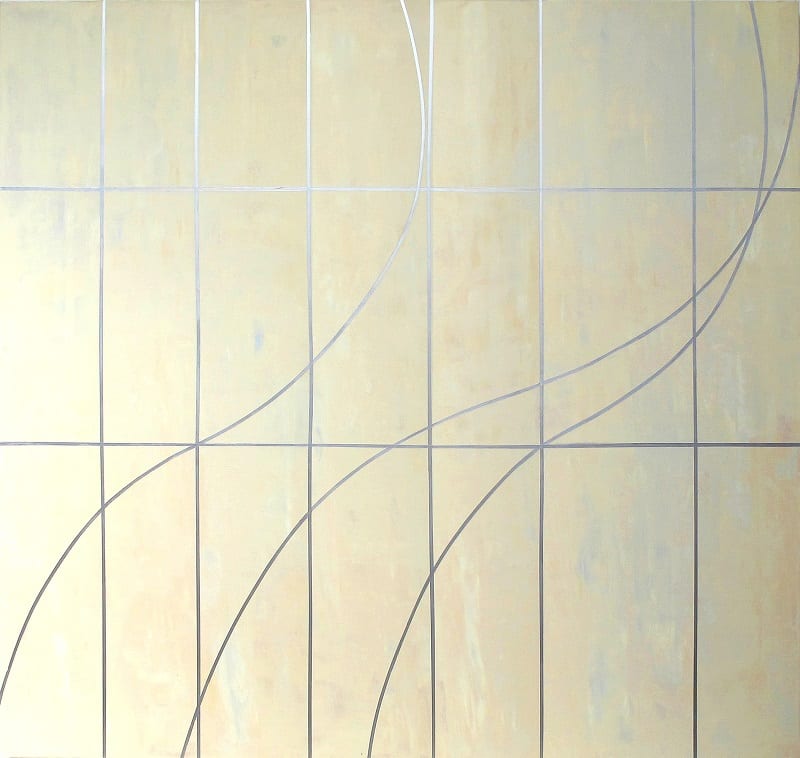 Next came a brief affiliation with the artist-run Phoenix Gallery, whose roster at the time included Elaine de Kooning and Alice Neal, along with a solo show at a ground-floor gallery in her building. “I had no idea the Lincoln Center area is not a good place for a gallery,” she recalls. “They sold a few things and then they closed.” Neither provided much of a showcase or a foothold in the slippery shores of the Gotham’s art scene. 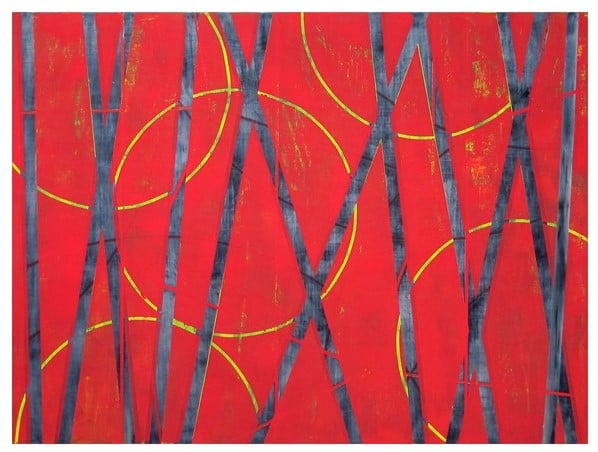 After a second divorce and one of those real-estate nightmares that seem almost the norm in New York (a woman in Chinatown who had advertised for a roommate absconded with $1200 in rent money), Mertes-Frady took a job with a private gallery on the Upper East Side. Yet though she was living in straitened circumstances for a few years, the artist’s career soon started to pick up. The mid-1980s saw her settling into a style that was recognizably her own; a selection of works on paper at the Drawing Center was snapped up by esteemed collector Wynn Kramarsky; and in 1988 and ‘91 she had solo shows in Cologne. Later she signed on with Rosenberg + Kaufman and Cynthia Reeves and today shows with Kathryn Markel in Chelsea. From October 20 to November 11, she will have a solo exhibition at the Riverside Galleries of Garrison Art Center in Garrison, NY. 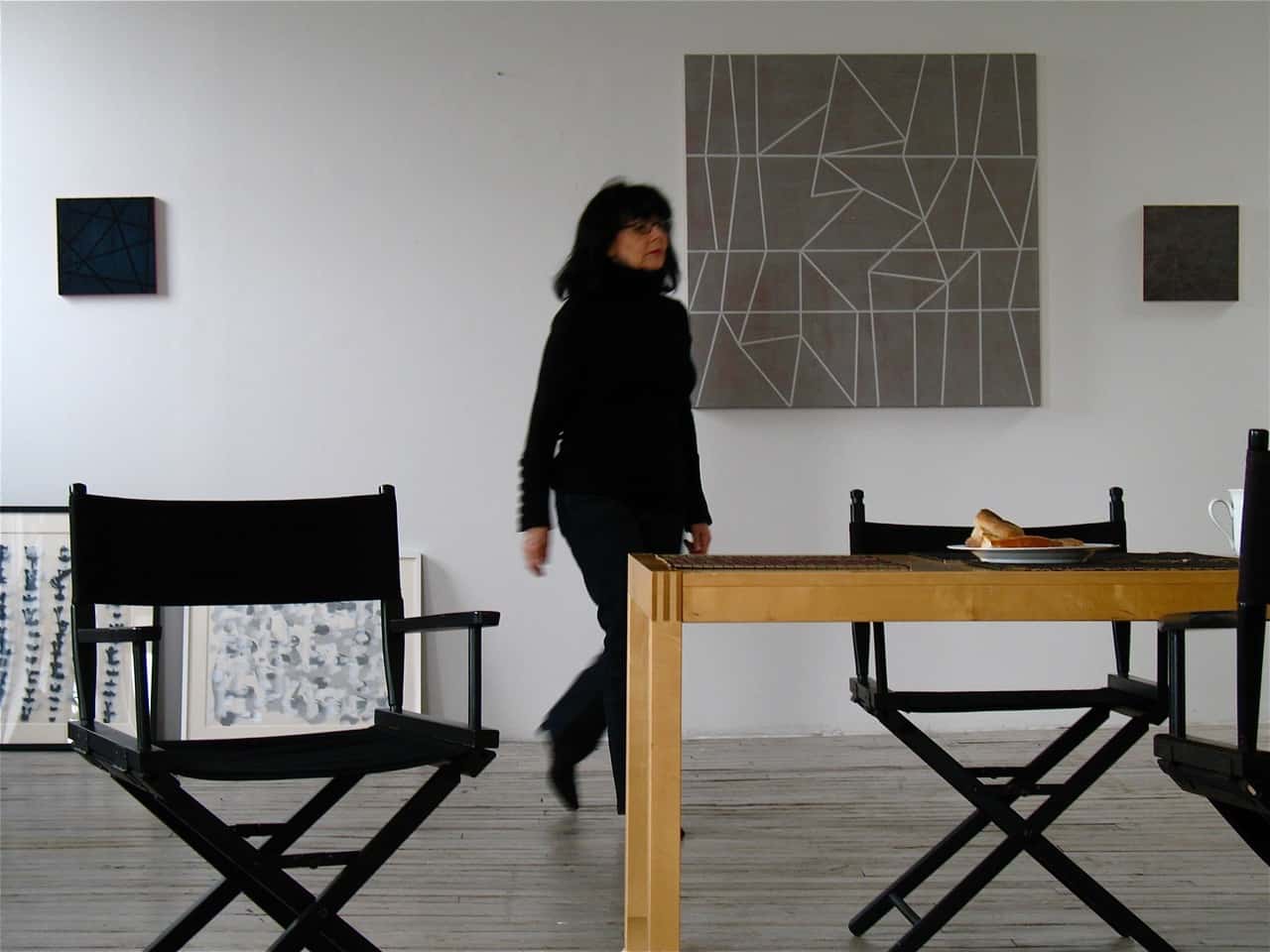 Gudrun Mertes-Frady in her studio in Williamsburg, Brooklyn

For more than 30 years, Mertes-Frady has moved between drawing and painting, though never working in both at the same time. “I draw when I want to be very fast and loose and dynamic,” she says. “My paintings are another story. They can take weeks and months or longer until they reach the point where I can recognize them as part of me, and I have to admit that I have many paintings still around that have not reached that point. They are like aliens and frustrate me no end, because I don’t even know what I must do to make them come alive. Doubt and anger are always present.”

In a statement for her show at the Garrison Art Center, she remarked, “Most of all I want my work to be about deceleration, in the spirit of the works by Olafur Eliasson and the Swiss architect Peter Zumthor, as a counterpoint to the ever-accelerating whirl of our time, in which our lives seem trapped. There is one more thing of importance to me: I’m going blatantly for a sense of beauty.”