Frances Ashforth: Rocks Around the Clock 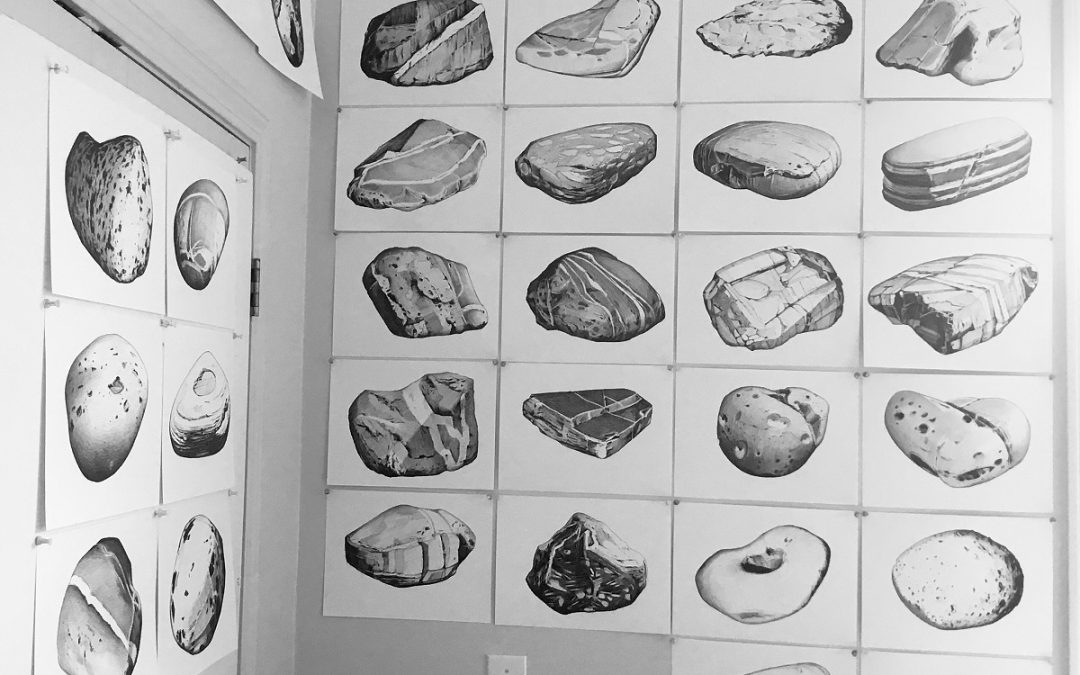 Frances Ashforth’s fascination with water, sky, and undulating landscapes began early. Raised in a family of artists, she spent time as a child at her grandparents’ farm in New Hampshire, along the Connecticut River Valley. She is an avid fly fisherman and in her younger days worked as a whitewater guide in Maine. The attraction to rocks is a more recent development. “I always spent a lot of time along the water and riverbanks,” she says, “and somewhere along the way became drawn to rocks and geology.”

Boulders, stones, outcroppings, rockslides, and other earth-bound phenomena did not become a major part of her work, however, until she took part in an art-and-science residency at Playa in remote Summer Lake, OR, in 2016. There she teamed up with a geologist and together they went hiking to the nearby massive rock falls. “As someone who studies the land, I was obviously fascinated and had numerous conversations with him as we ventured into an area called the Punch Bowl, where a massive land slide had occurred thousands of years ago,” she recalls. “Basalt boulders were strewn about everywhere and I began to draw them. The harsh desert light and the black basalt translated easily to black-and-white drawings.”

In the last three years—in addition to her dramatic paintings and prints of the way the horizon splits water and sky—Ashforth has made numerous drawings of these obdurate denizens of the landscape. They range in size from an ambitious 40 by 40 inches to smaller rock “portraits,” realized in a more intimate 9-by-12-inch format. The smaller portraits, which Ashforth says she can complete in half an hour or 45 minutes, multiplied during the self-isolation of the pandemic. “Now they’re all over the studio and in the hallways too.” Her preferred medium is a Kohinoor graphite-and-clay black pencil, which leaves a matte finish, on Bristol paper. “It gives me that nuance of line, whether it’s a sharp point or a dull point,” she says. (All the drawings below are Kohinoor black pencil on Bristol.)

Of the two sides of her artistic persona, she notes, “The water and sky and horizon line series are all about the big picture. But what you don’t see in that big picture is what’s right in your face. I love the long view and the vista and the whole expanse, the geography. But I also love the geology and having a closer focus.” 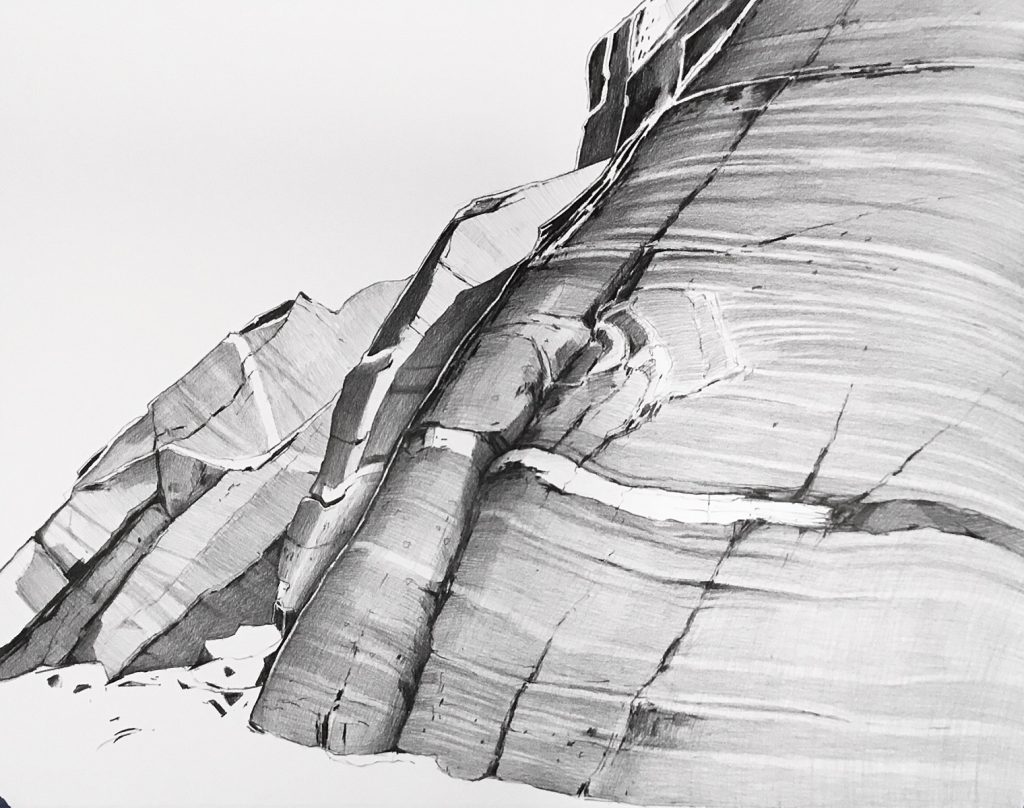 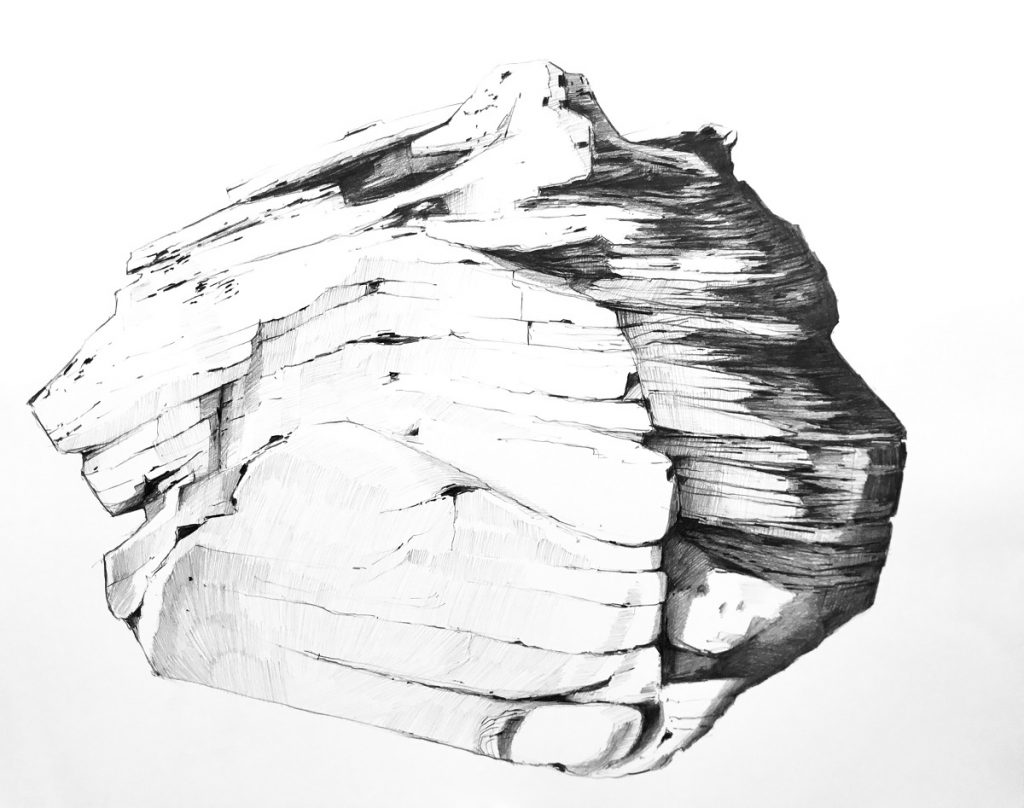 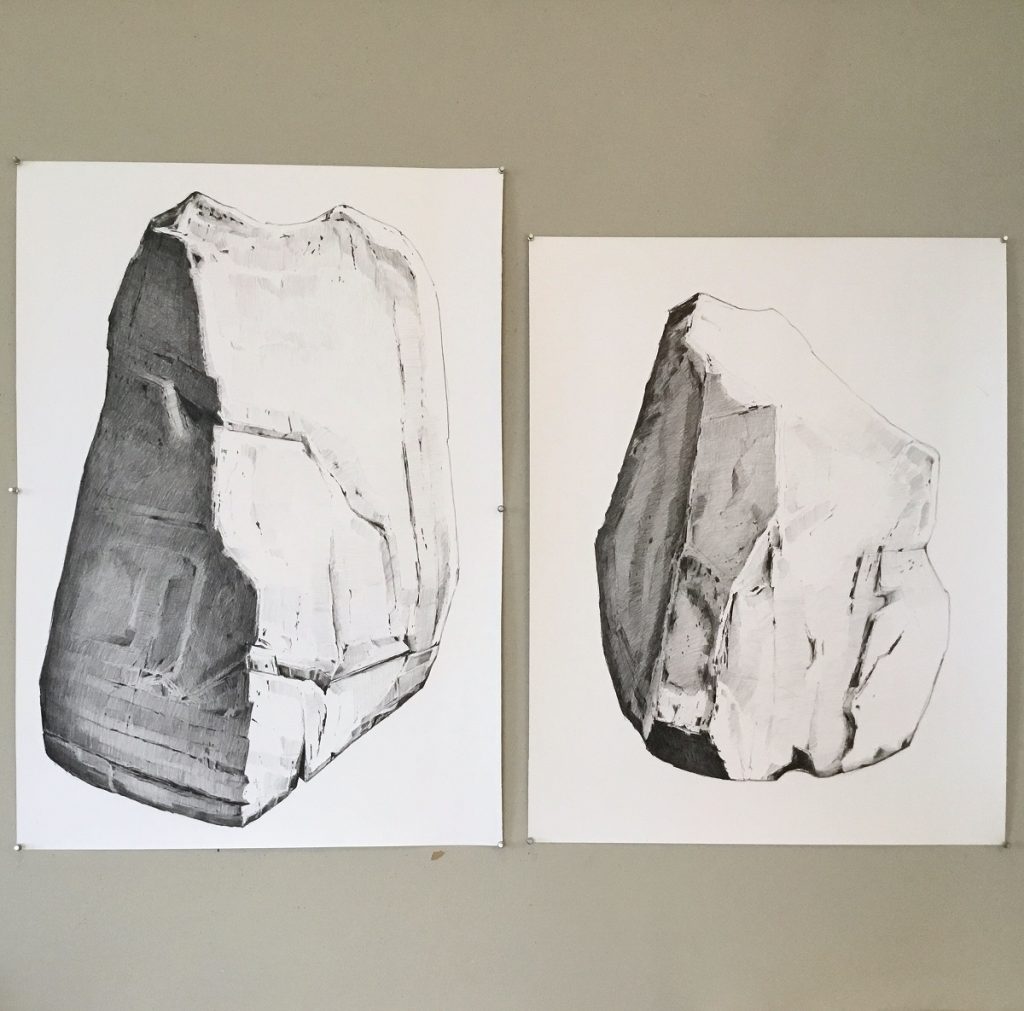 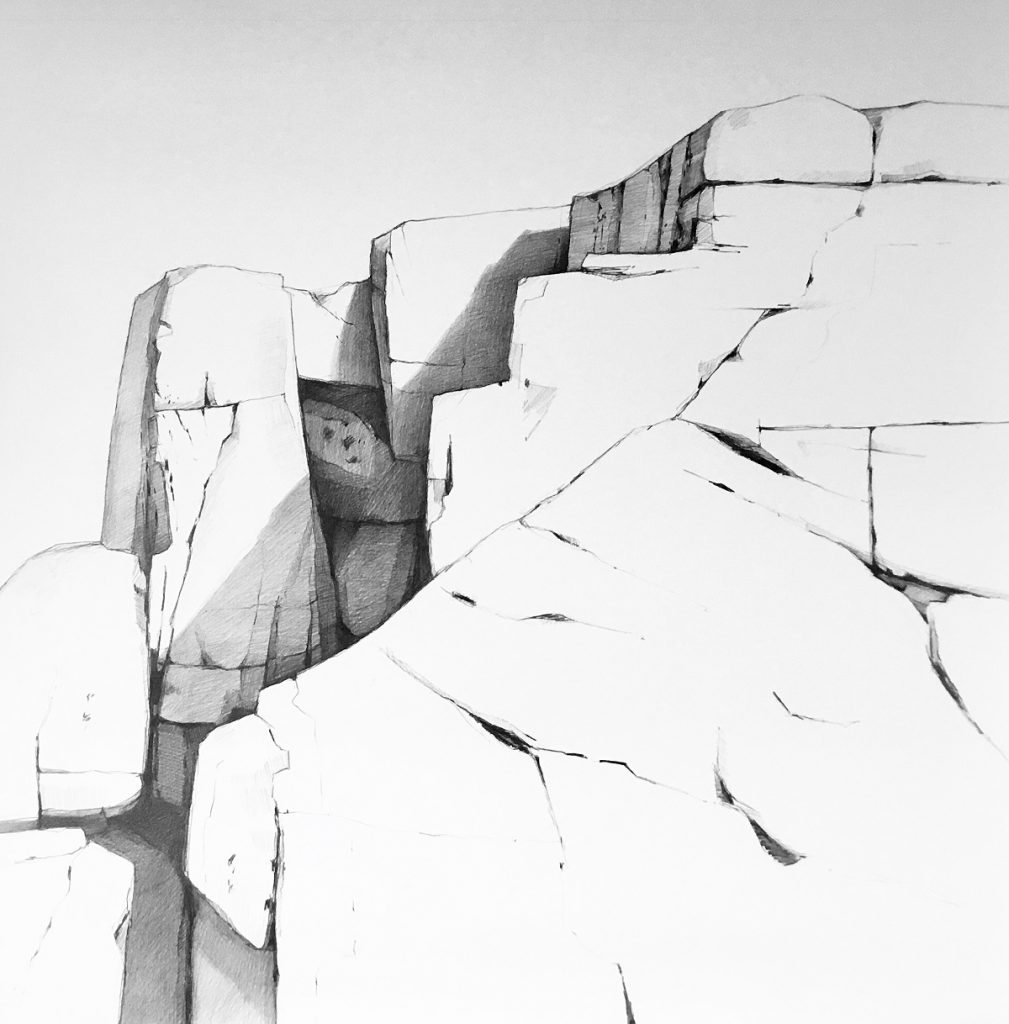 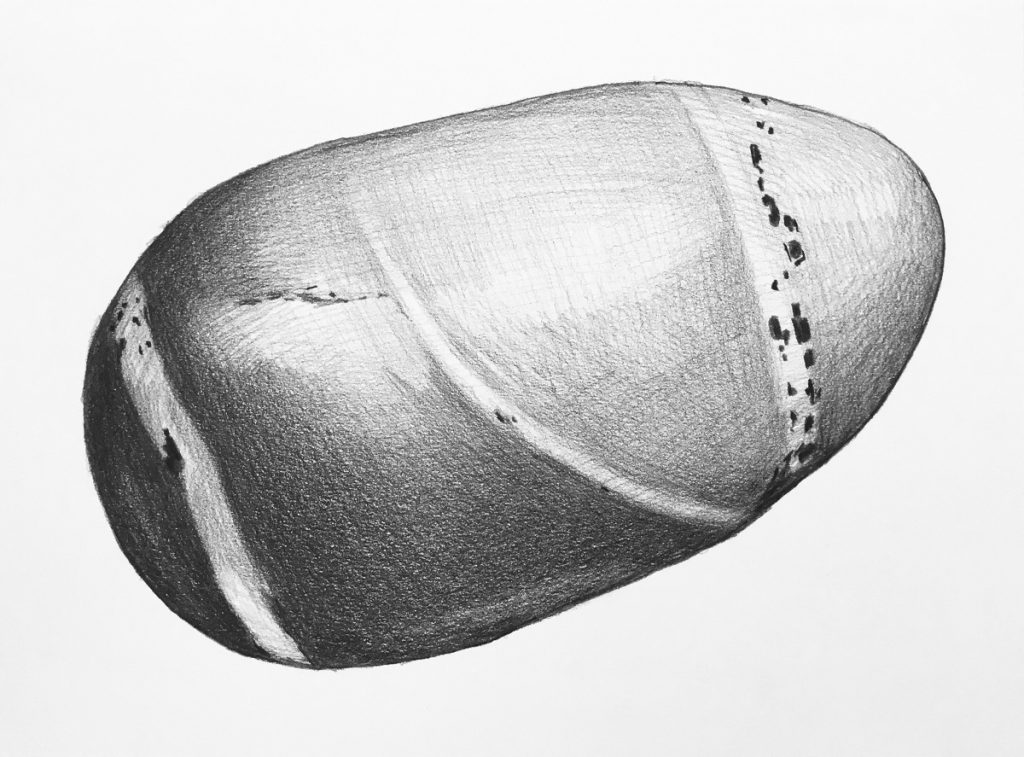 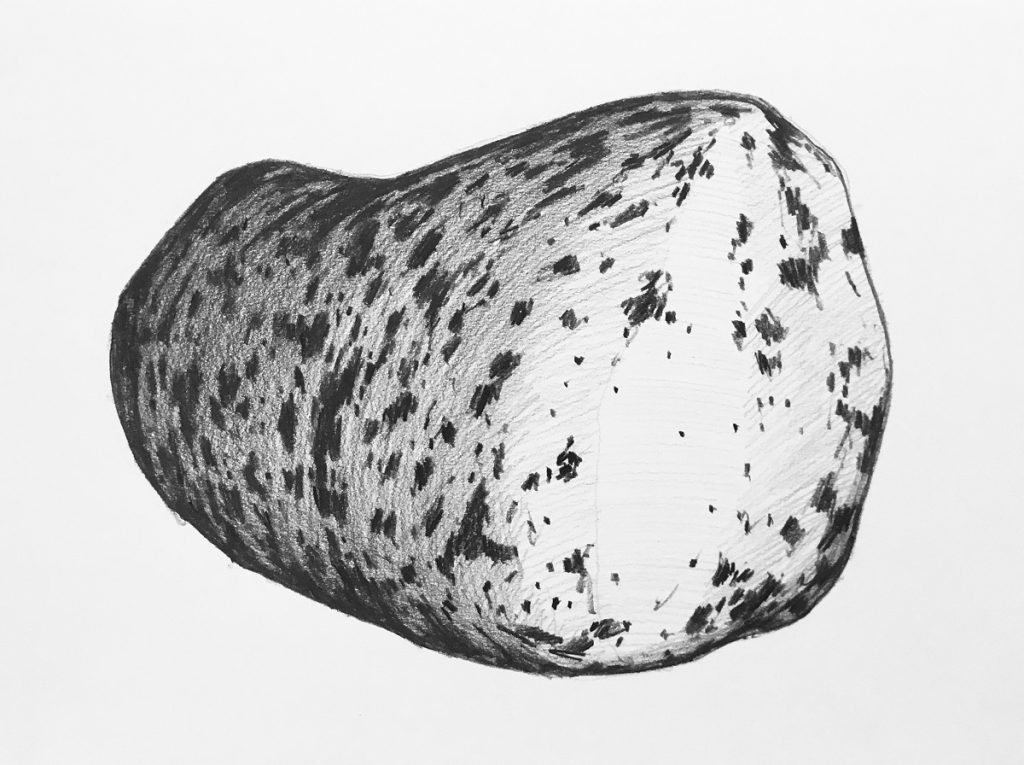 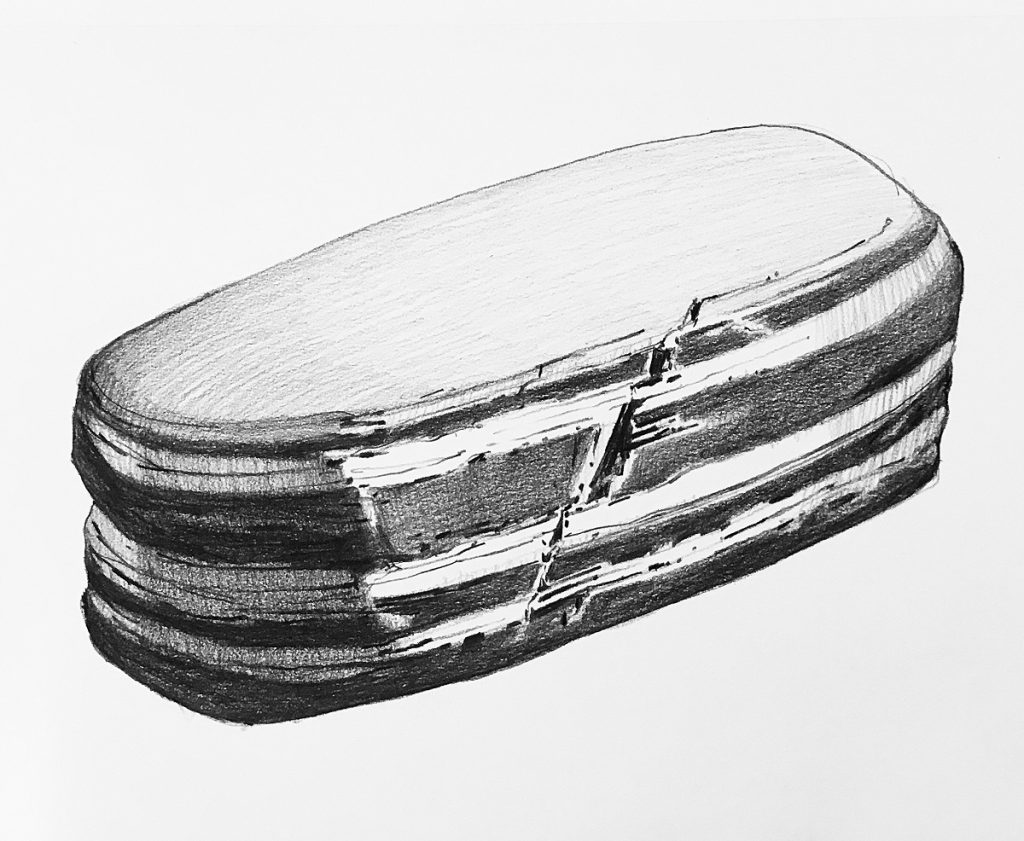 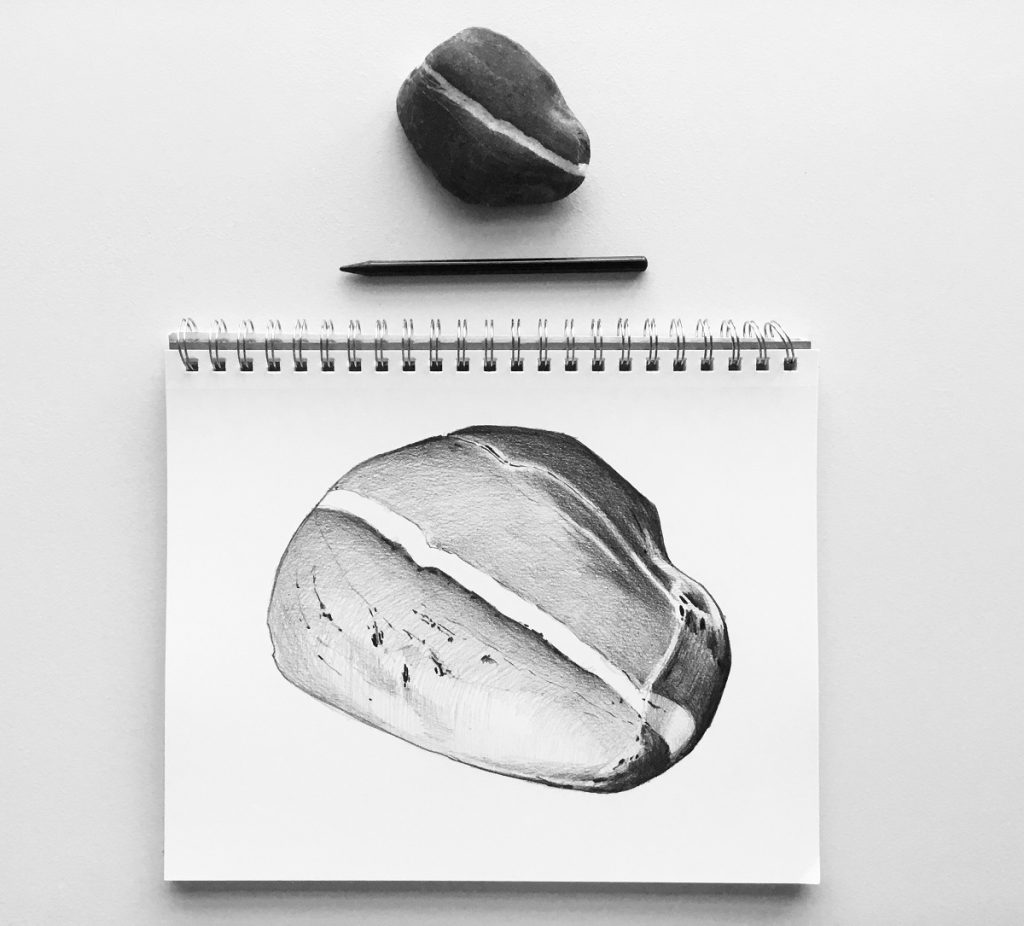