Fantasy Curating: “WHAT IF?” An inquiry 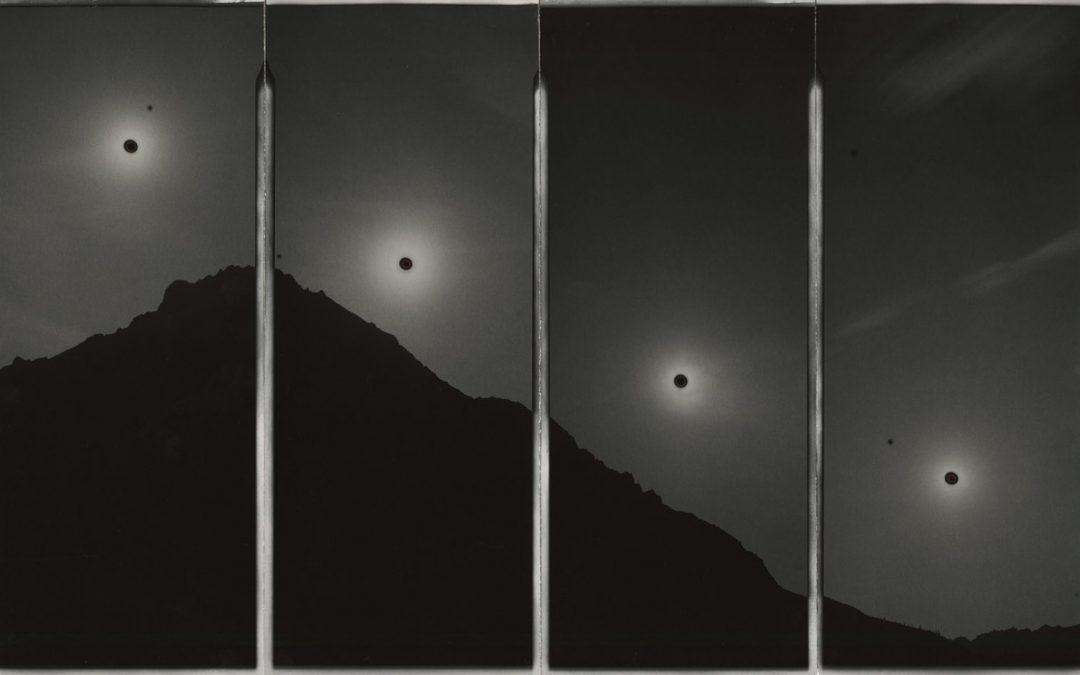 Photography has a history of reflecting the desire to portray reality by documenting human life. From its beginnings in the early 19th century, portraiture and landscape became and remain primary subjects.

The five artists included in this proposal encompass another region, one that moves beyond the subject of a photograph, challenges the boundaries of the medium itself, offers a glimpse into how various processes, from capture to print, shift our expectations of what a photograph is, and more importantly, shifts how we see.

These are a few of the many artists using photography as a means of expanding image-making and our thinking about what it is to document human life by continuing throughout their practice to ask the question, “What if?”

Uta Barth makes works that exist as objects. From her choice of surface to scale, her focus remains on holding the light. She says, “I am interested in nuances, in subtleties, in the ephemeral, in everyday information and overlooked views. I want to make images that are purely of light, images of negative space, of the volumes of space … ” 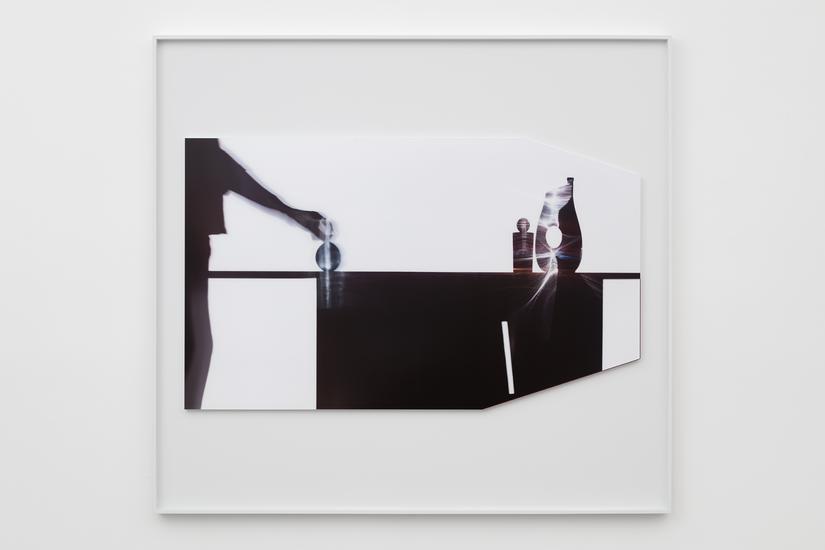 Chris McCaw documents the continuous motion of the sun using a rotating camera. The orbit of the earth itself and the sun are the elements that create the burn marks onto his unique prints, created from a single, continuous exposure lasting up to 80 hours.

Susan Rankaitis’s “painting-photographs” present the viewer with a world between representation and abstraction. She uses photographic chemistry—bleaching, tinting, and brushing washes and emulsions directly onto light-sensitive paper to create non-literal, interactive images, evoking a tension between chaos and containment. 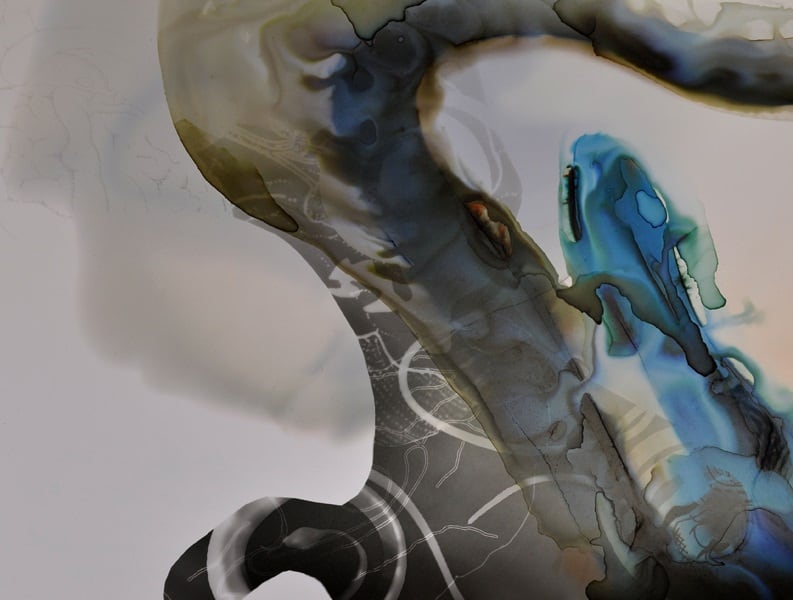 Christopher Russell disrupts his prints with intricate razor marks that create a pattern, a drawing composed from the underside of the surface, a delicate white repetition that evolves and invigorates his captured image. 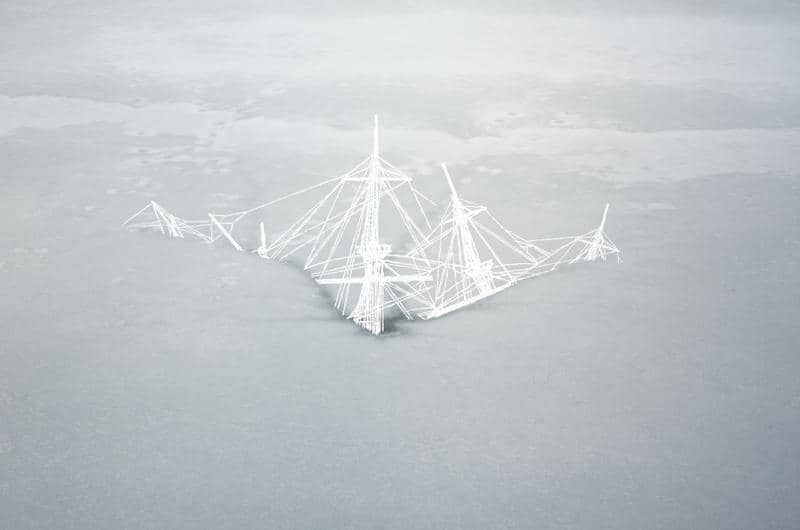 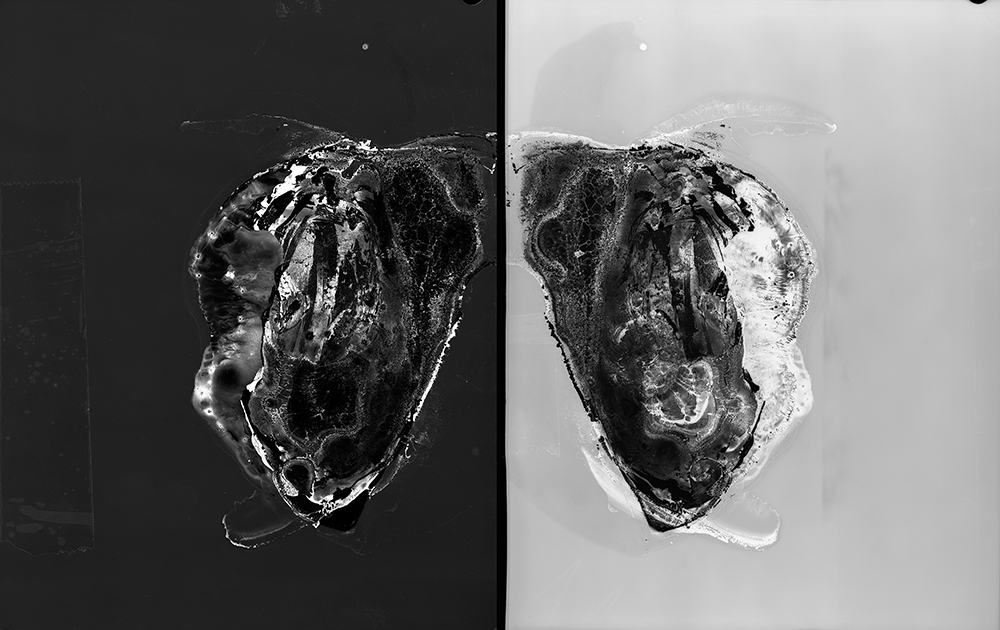 Cia Foreman is an experimental and conceptual artist exploring perception and ambiguity using photography as her primary medium. Her work ranges from still images to film installations and has been exhibited at Arte Fiera in Bologna, Italy and in national museums and galleries, and is included in the permanent collection of the San Jose Museum of Art. Foreman lives and works in Los Angeles, California.