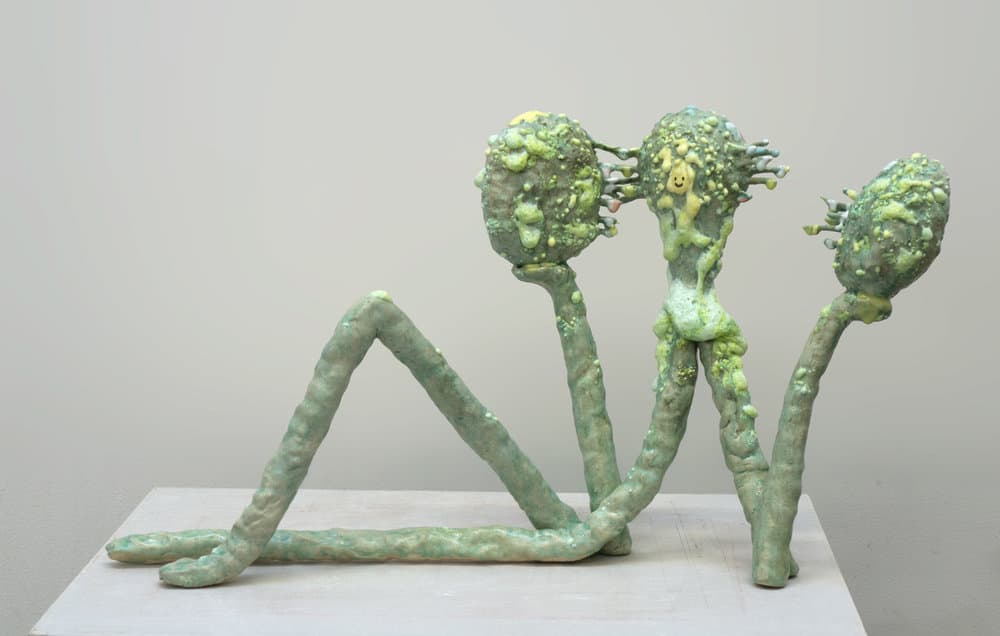 Post-disciplinary, Neo Craft, Sloppy Craft, and the Hyper Pot are all descriptors that attempt to classify the seismic shift in contemporary ceramics. Artificial in nature, these technicolor works drip with irregularities, gloppy blobs, and bulges that weirdly melt over crackled chips of clay. This particular group of artists—although they pay homage to the likes of John Mason, Peter Voulkos, Betty Woodman, Ron Nagle, and Ken Price—have more in common with George Ohr. Ohr (1857 – 1918), the self-proclaimed “Mad Potter of Biloxi,” was relatively unknown in his day. His twisted, misshapen pots are now prized collectors’ items and are considered a harbinger of the abstract ceramic work that would evolve decades after his death. Ohr billed himself “the greatest potter on earth,” but few in his lifetime would have agreed with that assessment. 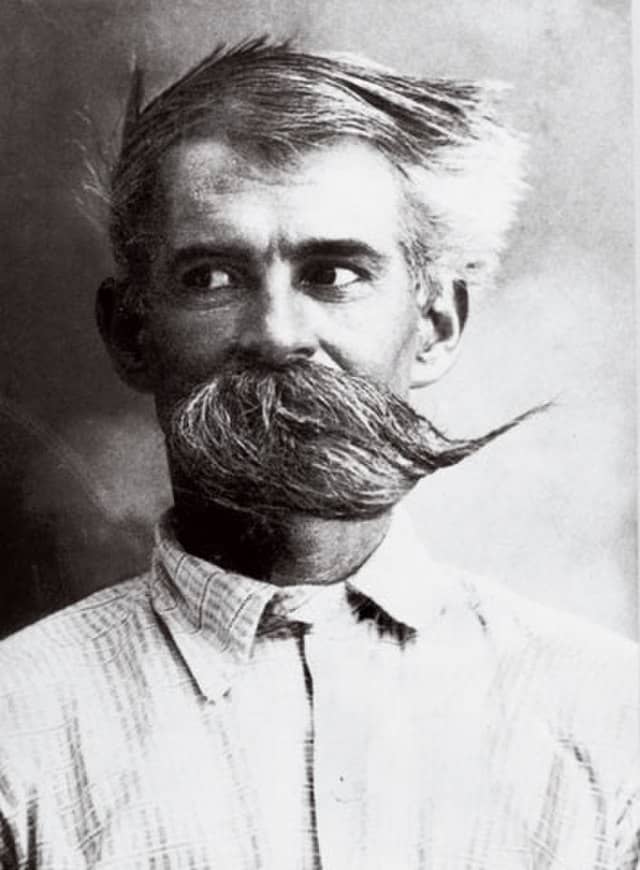 Imperfection has historically been an important quality of many ceramic artists. The practice of the Japanese-influenced approach of Sabi Wabi has long preached the perfection of imperfection, but this new generation of artists is something entirely different. In the practice of Sabi Wabi, a perfectly built piece is marked with a small imperfection. The “Neo Craft” bunch relies exclusively on the imperfect. Although there are affinities with the painterly excesses of Abstract Expressionism, the work defies categorization and often comes off as in-your-face goofy. Traditional potters are typically not keen on this direction. Like the rock-and-rollers who felt the incorrigible punks were killing their craft, many professional potters feel the same about the mysterious shapes being created in studios around the world.

Its popularity is on the rise, however, and New York Times art critic Roberta Smith calls ceramics the “new video.”  Says Garth Clark, the dealer who put ceramics on the map as fine art: “It’s difficult to actually pinpoint the transition. It started to take place about five years ago [when] a number of major ceramic artists began to produce exceedingly mature work. Some very bright, young-minded collectors started to collect it. And it became apparent that there wasn’t that much around. Competition developed for the work and the marketplace began to suddenly take hold.” Pieces by Rudy Autio were suddenly selling for $10,000, and Peter Voulkos’ works could command $35,000. 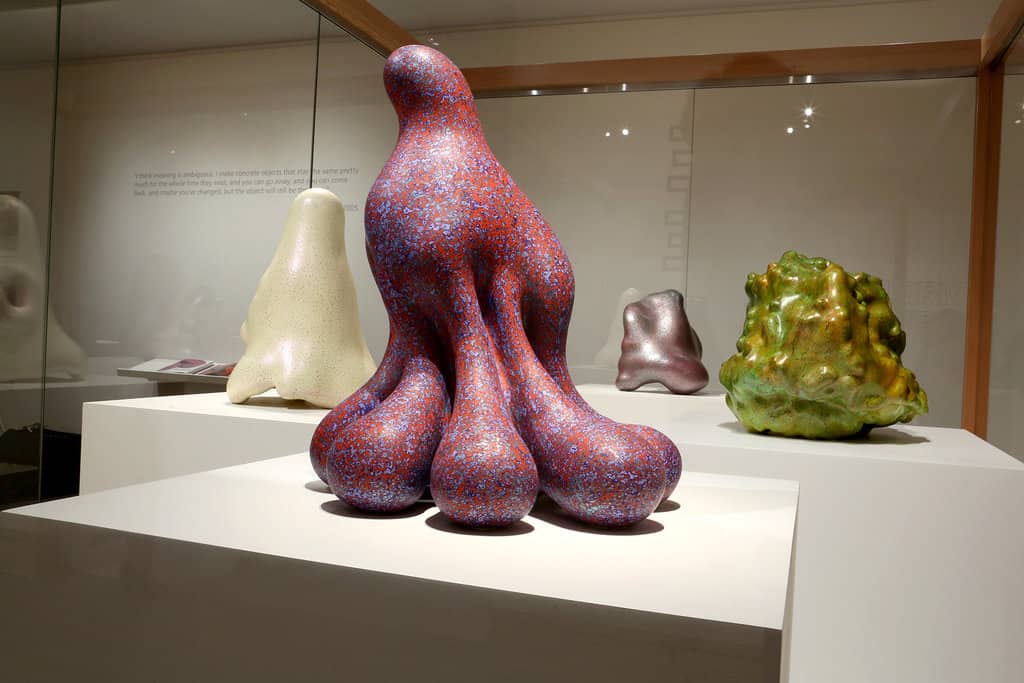 Geographically, this trend began as a West Coast phenomenon, but it has spread throughout the U.S. and around the globe. It has a strong presence in the Lowlands and Denmark. Inclusivity also marks this new breed of sculptors. Throughout art history, there has been a cataclysmic gender divide. The artists working today, in the nontraditional fashion, don’t seem to give a hoot about sexual orientation. And the current high mark for a piece of contemporary ceramics reached $268,000 for a piece by a Kenyan-born British studio potter Dame Magdalene Odundo.

Three collectors who have greatly abetted this surge in popularity are Robert A. Ellison Jr. who, in 2009 gifted 125 modern and contemporary ceramics to the Metropolitan Museum of Art in honor of its 150th anniversary (selections are on view through August 29); Garth Clark, who has written extensively on ceramics, and Mark Del Vecchio, Clark’s partner and the former director of Gerald Peters Gallery in Santa Fe, NM. In 2007, the Museum of Fine Arts Houston acquired the Garth Clark and Mark Del Vecchio collection of some 475 artworks, as well as the accompanying library and artist archive. The ceramics medium is everywhere, including most of the top art galleries in London, New York, Paris, Los Angeles, Hong Kong, and elsewhere.

Until recently, only a handful of modern masters, like Picasso and Ohr, were considered worthy of serious study and exhibitions at venerable museums. But this new breed of ceramists is challenging the old norms and inspiring new ways of looking at clay. 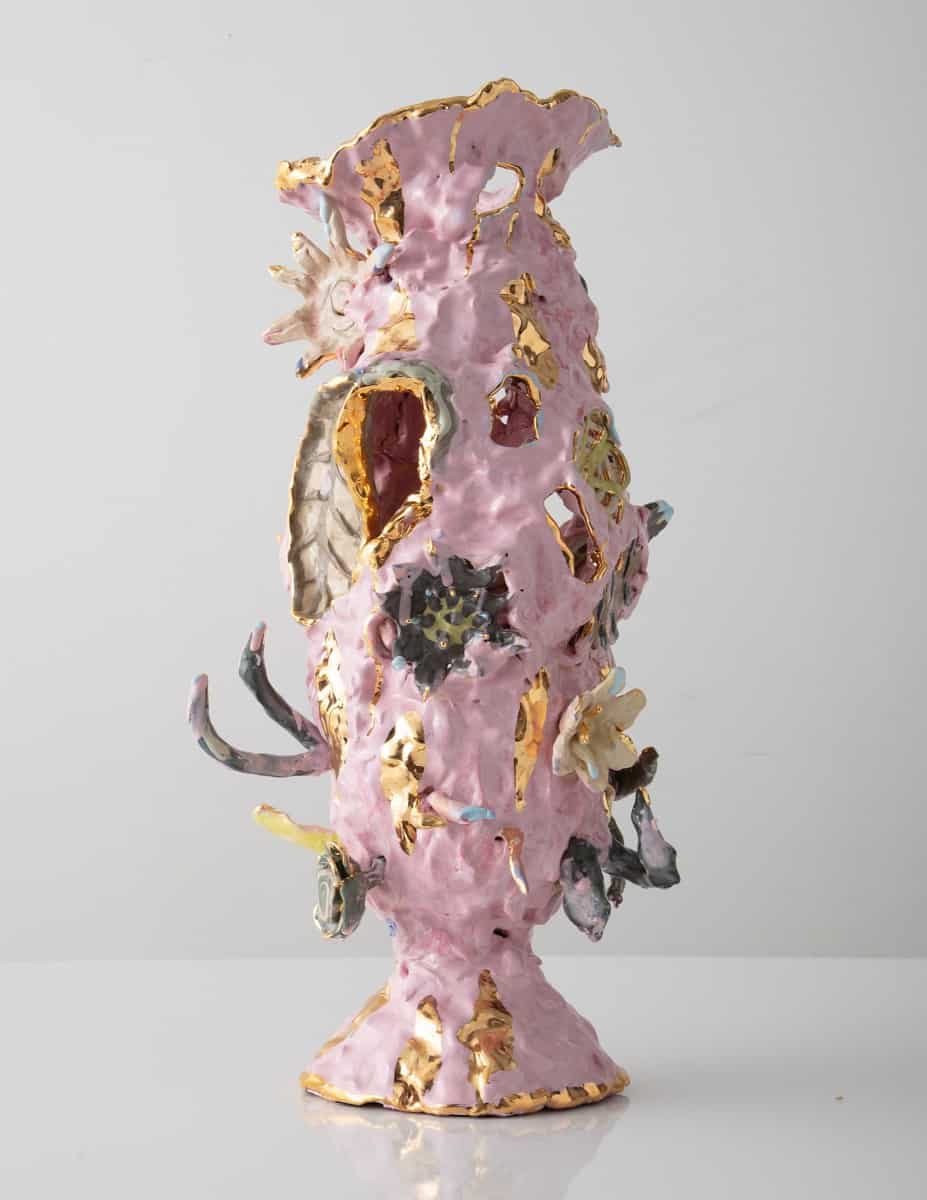 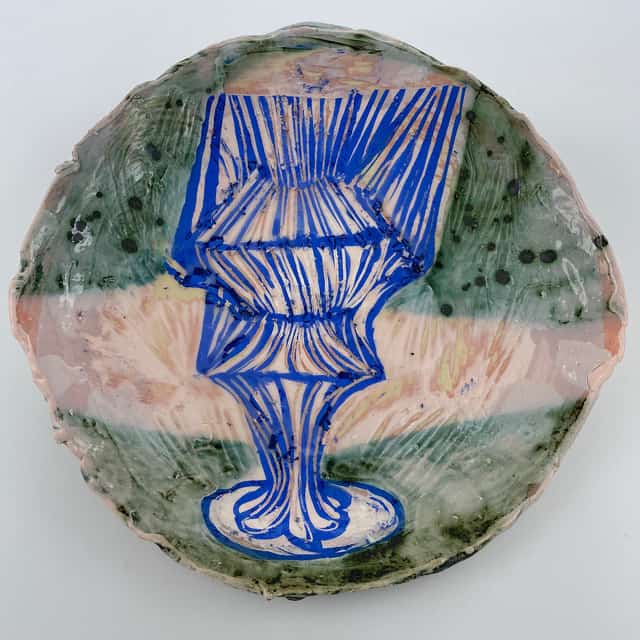 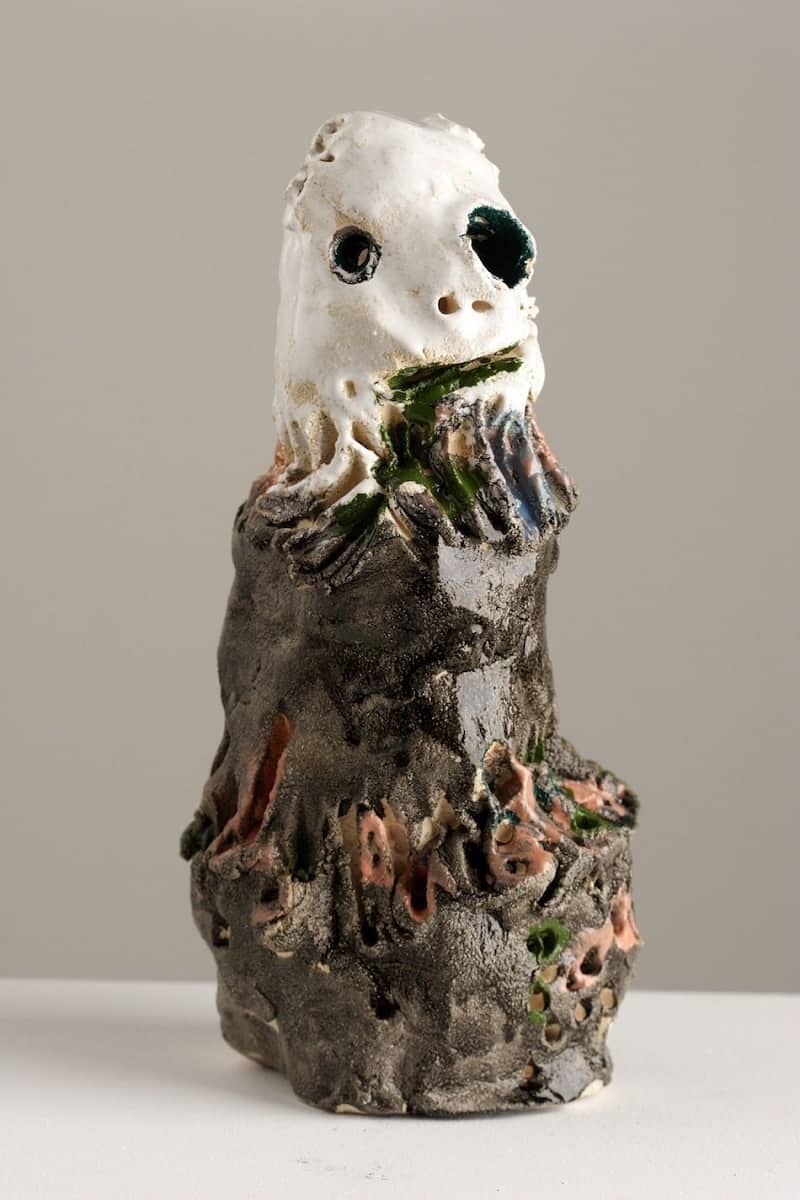 Gert and Uwe Tobias, The Breeder 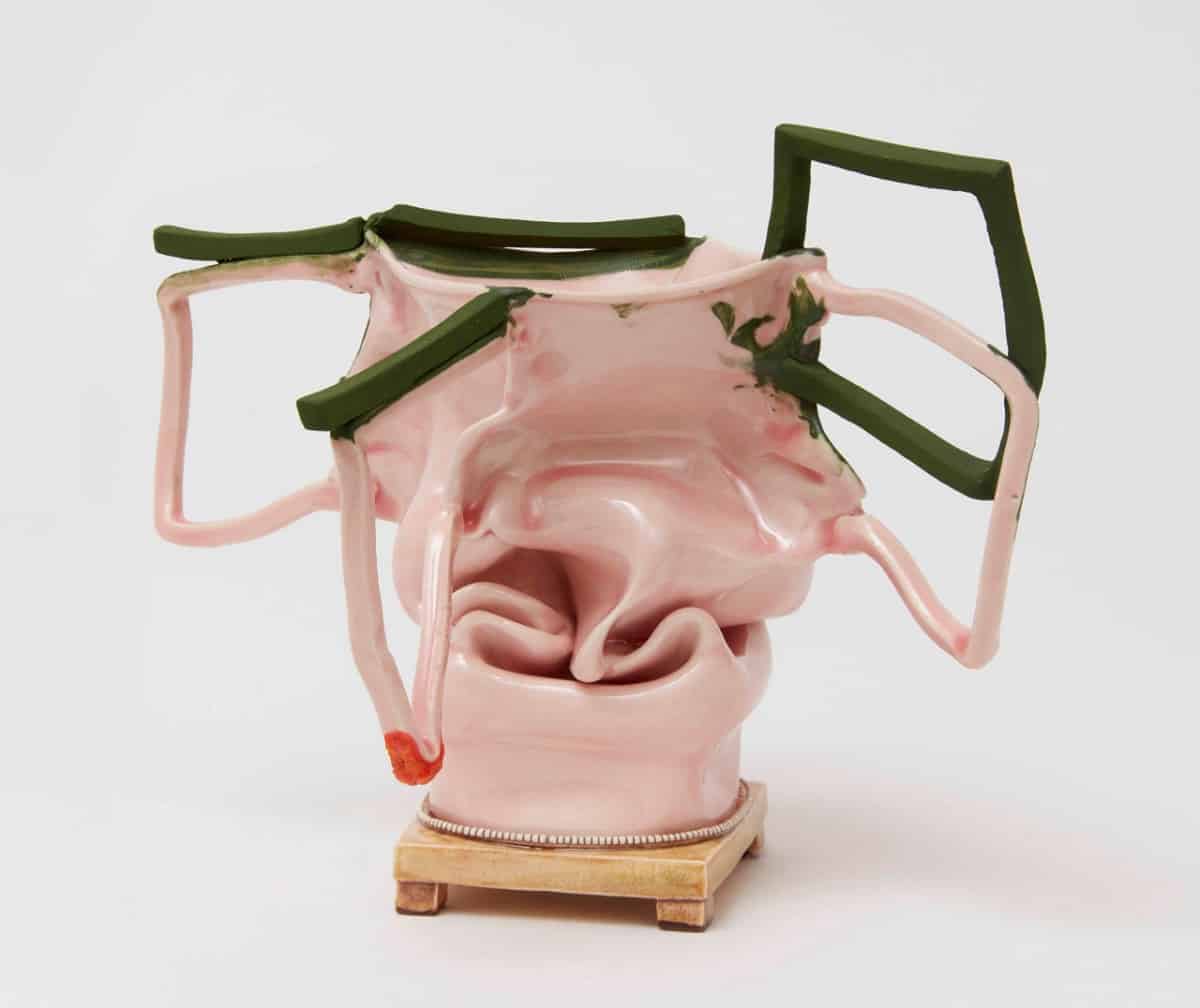 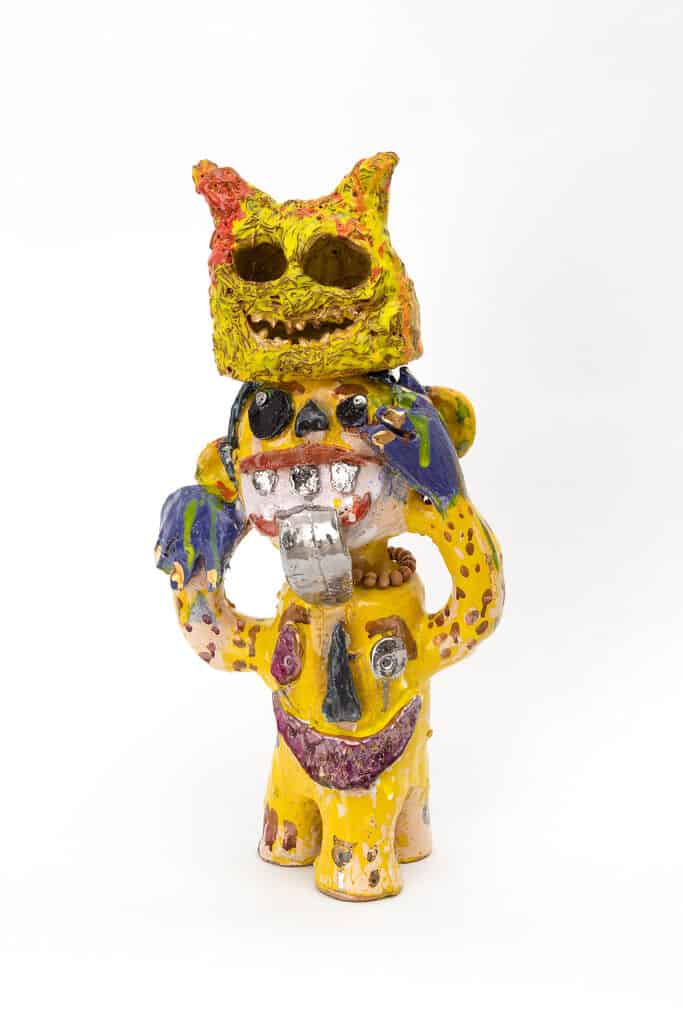 Ramesh Mario Nithiyendran, Monkey with Yellow Mask, 23.25 by 12 by 7 inches 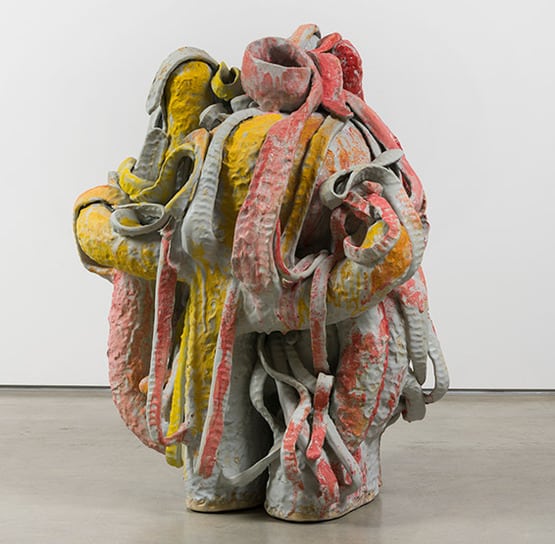 Jina Brenneman is a writer and curator and the filmmaker behind Agnes Martin: Before the Grid.