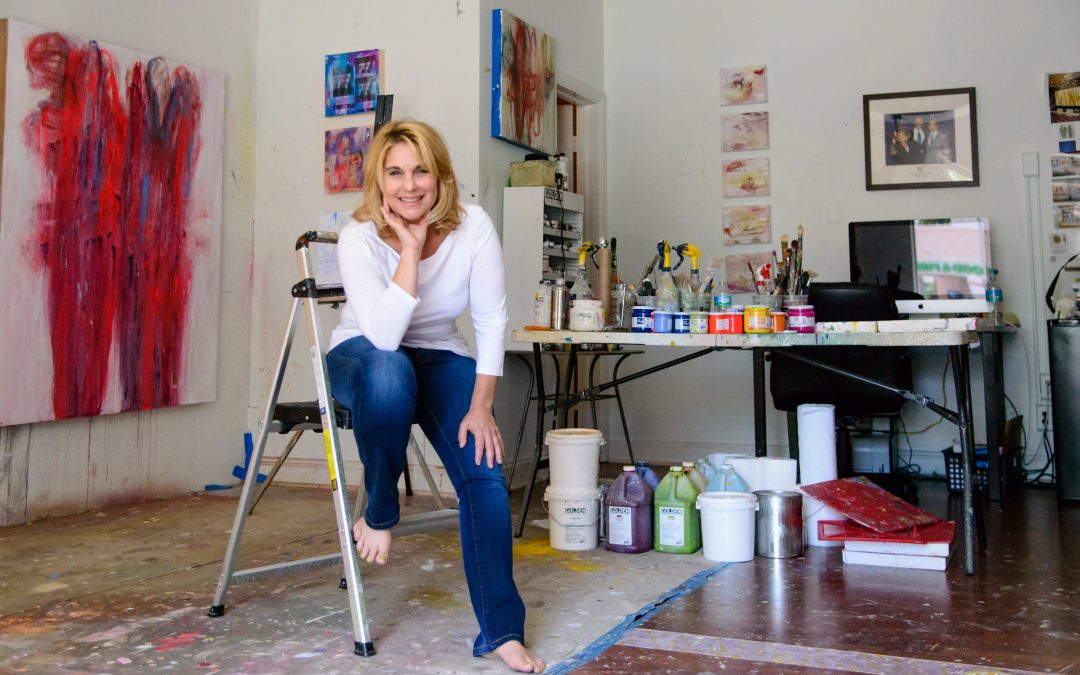 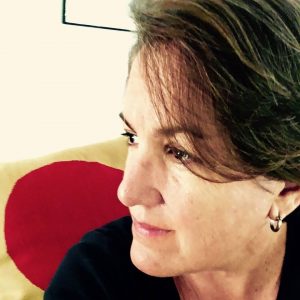 It’s mostly a matter of commonsense and good manners. Mom would approve.

If you have reached that happy stage of a career where collectors are following your progress, attending shows, and—yes, of course, actually buying work!—you want to cultivate this fan base as carefully as the seedlings in your spring garden. That is, if you can get the names of your collectors in the first place. In researching this post, one artist after another complained of dealers who refused to divulge that information. The reasons are obvious: they don’t want you undercutting the gallery price through studio sales or taking that data with you if you switch to another venue. The situation can be fraught on both sides, and the best advice is to come to an understanding upfront when you sign on with a gallery. (In California, it’s illegal for a gallery to withhold names of collectors).) But the careful artist won’t undermine someone who’s supported her career: “There are so many artists who will not give the dealer a cut from studio sales,” says Mary Shaffer, who lives in Taos, NM, and Marfa, TX. “If a group comes to my studio and shows an interest in a piece, I always ask if they’ve seen my work before and where.” 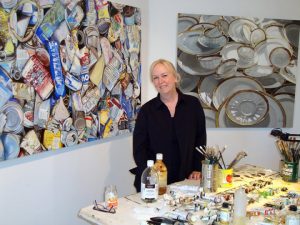 That said, there are myriad ways to stay in touch with collectors of your work, and most are as commonsensical as your mom’s admonition to write thank-you notes after your birthday party.

To be honest, the last thing I want to read is a chatty bulletin all about how you many people showed up at your last show and what a blast it was. In general, artists are not compelling writers (though some are as handy with words as with an X-acto knife). It’s too often a tough slog for the reader and I get too much email already. If you want to do newsletters, write them on an as-needed basis and keep the focus on the visuals. When she sends out a bulletin, Danae Falliers sticks to images. “I don’t write a lot. I just send pictures,” she says. “I try to keep my ego out of it and trust that I’m sending work that will brighten someone’s day.”

“I send out a Constant Contact newsletter maybe six times a year,” says Brenda Zappitell, a painter based in Delray Beach, FL. “I focus on events. I don’t say, Oh, I have some new paintings.” Adds Valeri Larko, whose urban landscapes focus on overlooked pockets of New York City, “I like to have three or more items to include in order to call it a newsletter. And if it’s just a show, I send an evite for that.” 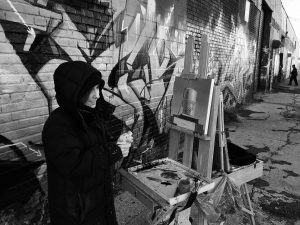 Valeri Larko painting in the Bronx

Leslie Parke discovered that her collectors often like to be kept up to date if she’s mastering a new process. “When I was first making a series of lithographs, I told them what I was learning as I was doing it,” she says. “I would show various stages and ask which version seemed most effective. At the end of the process, I had a studio show in which I showed all the tests and got the master printer to come and talk to people. It was a five-month course and I sent about five newsletters, which were basically blog posts that went out as an email.

“It can be cool is you have something that’s process driven,” she adds. “Or if you’re a photographer, for example, and you’ve decided to tackle a different subject.”

It’s Not All About You

“Treat collectors like they’re good friends,” advises Parke. “And find out what they’re interested in. I have a collector who is a fan of boxing, and because I’ve done paintings of boxers we’ve had long conversations on the subject.” The first time she met him was at a show in Houston, where she discovered he’d already done a fair amount of research on her. So it seemed only fair to return the favor. “The really good collectors I’ve had are people who are engaged with the work, and engaged with me, and I’m engaged with them and what they’re doing.”

A nice bonus of becoming “close acquaintances,” Parke notes, is that “collectors become your champions and are less inclined to bargain about prices.” 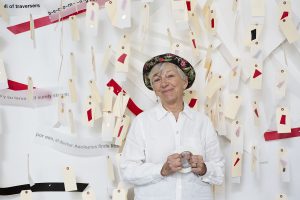 Gallery talks are another way to keep your audience engaged (and I will post in the future about what makes for a successful presentation). TJ Mabrey finds that her collectors are interested in the stories behind the works. “That’s how I make contact, emotionally—explaining titles, trying to snag them with why I made certain works or pursued different series. During openings, I always have people come up to me with questions and I do my best to answer them.”

“It’s all about building a relationship,” says Kate Petley, who shows regularly in Denver, CO, at Robischon Gallery. “Artists have to find out, who are the collectors? What do they see in the work?”

Studio visits are another way of forging a more intimate bond. You might think about holding an informal get-together with favored collectors prior to a show or when you’ve completed a body of work (without, of course, refusing your gallerist her cut if anything sells). “My paintings are best seen in person so I try to encourage a studio visit whenever possible,” says Larko.

Beyond the Email Blast

“After I’ve had a show or done an open studio, I will write to people to thank them for coming,” says Parke. “When someone buys a work, I’ll try to include a photo of that person with the artwork and include that with a note.” 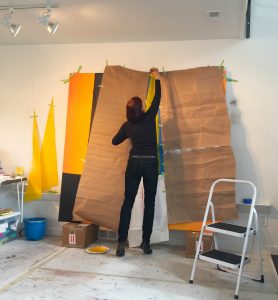 “I’m an old-fashioned note writer,” adds Petley. “If I’ve met the collector or feel we have a personal relationship, I’ll send a hand-written note on cream-colored stationery.”

“I talk with regular collectors three or four times a year,” says Falliers. “I feel like I have relationships with people beyond just buying my work. I know what’s going on in their lives, what their kids are doing.”

The benefits of forging close connections can be huge and hugely reciprocal. Parke says two of her collectors, a married couple, helped find her a gallery in Houston. When their fortunes were failing during “the boom and bust of the Bush years,” she says she helped to track down an investor for their business. “Then, when everything started to go right in their lives again, they took me to Paris!”

You can’t beat that.