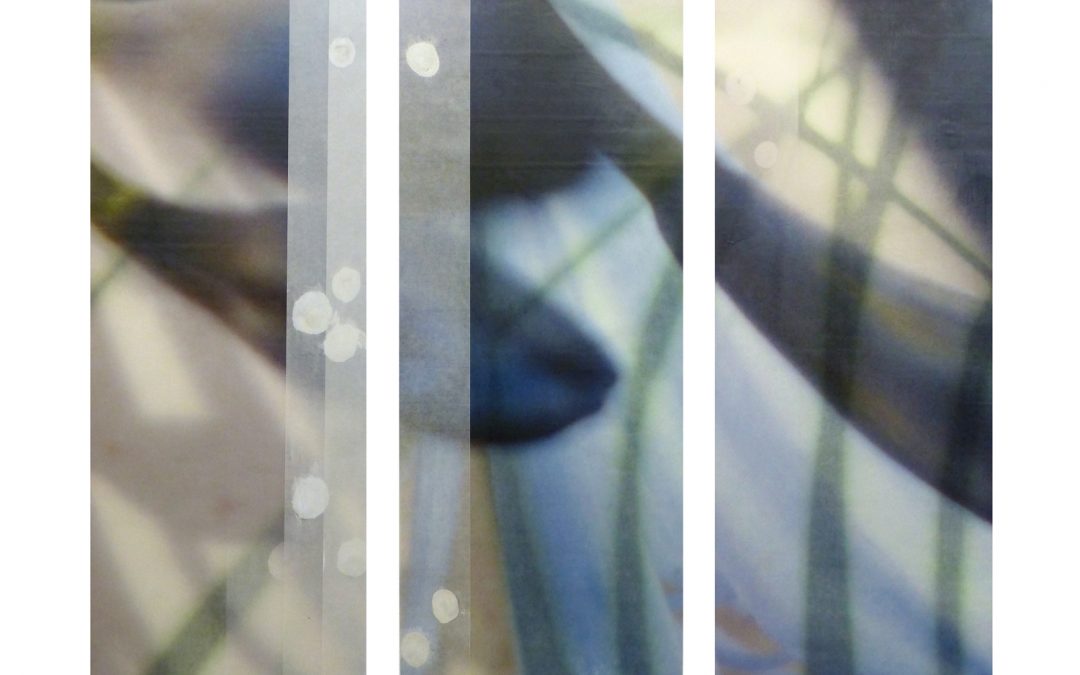 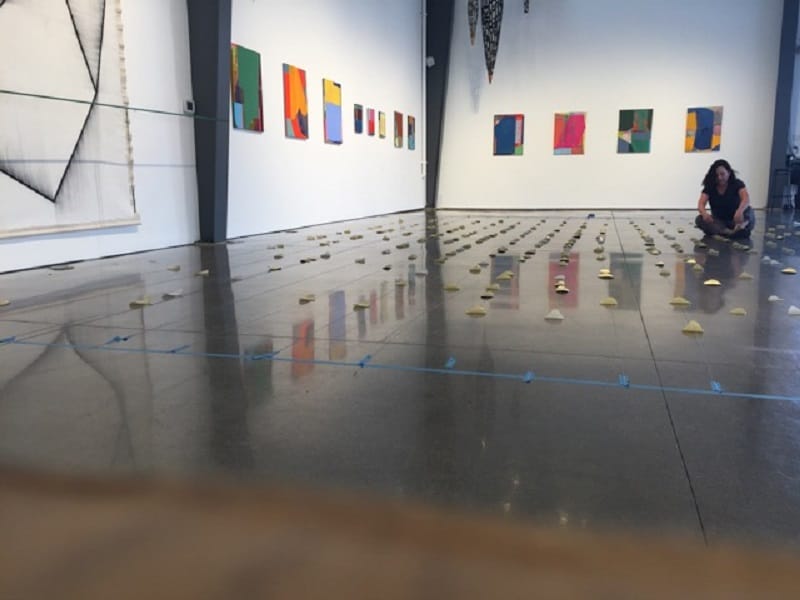 Jane Guthridge, shown here at work on an earlier installation, was tapped to send work to Nepal

Among the many forward-minded initiatives launched by the all-too-brief administration of President John F. Kennedy, the Art in Embassies program is one that has quietly been spreading the gospel of art since its establishment as part of the Department of State in 1963. Its core function is to help newly appointed ambassadors choose American works of art to exhibit in the rooms of the embassy residence where they entertain and receive guests. But there’s more to the program than simply a long-term show in private quarters. “Working with over 20,000 participants globally, including artists, museums, collectors, and galleries,” wrote Hillary Clinton in 2014, when she was still Secretary of State, “this landmark public-private partnership shares the work of more than 200 U.S. Embassies and Consulates around the world.”

Some very big names—Mark Rothko, Cy Twombly, Louise Bourgeois, Maya Lin, Joel Shapiro, and, inevitably, Jeff Koons—end up in the more prestigious embassies, such as those in London or Beijing (the purchase of a $400,000 camel from John Baldessari for Islamabad raised hackles in the Senate in 2015). But all artists are welcome to apply to the online registry, and I talked to a handful of Vasari21 members who reported very positive experiences with the program. 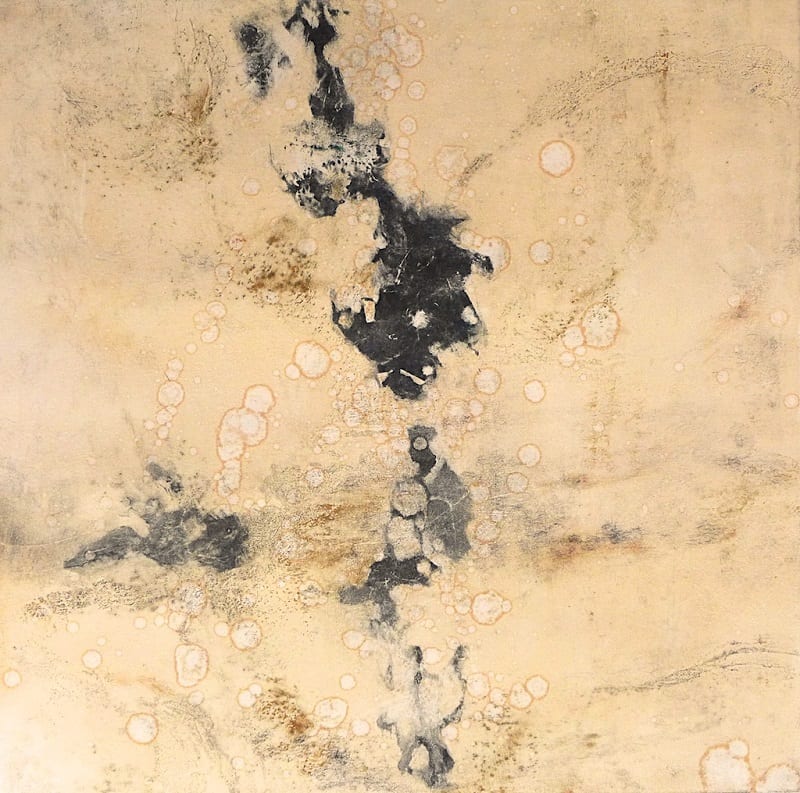 Jan Sessler’s Voyage (2017), a monotype 17.5 inches square, now hangs in the residence of the Namibian ambassador

Jane Guthridge, for instance, recently got an email “out of the blue” from Art in Embassies curator Sarah Tanguy, telling her that the new ambassador to Nepal, Randy Berry, had requested work from her “Space Between” series to hang in his residence in Kathmandu for the two-and-a-half to three years of his tenure. Both artist and ambassador hail from Colorado, and Guthridge’s work was already part of the Art Bank, the collection dispersed throughout the offices and public spaces of the Department of State in Washington, D.C. Tanguy asked her to send jpgs if a work from the series would be available for loan, and a few weeks later she was notified of which piece had been selected. There’s no payment or loan fees for the work, but AIE pays for pick-up, packing, shipping, and “nail to nail insurance.” (Guthridge’s work is at the top of this post.)

The artist, of course, was thrilled to be an ambassador of sorts herself, and even more pleased to discover that Berry was a strong advocate of LGBTQ persons and had served as deputy assistant secretary in the Bureau of Democracy, Human Rights, and Labor.

Jan Sessler, who registered with AIE in 2015, was first approached in November of 2017 by a curator who was working with the new ambassador to Namibia, Lisa Johnson. Again geographic ties sparked the initial interest: Sessler spends much of her time in Taos, NM, and Johnson is also from the Southwest. Again, no fees accrued to the artist, but “if the work is for sale you can put that information with the art,” she says.

Mokha Laget’s original commission for the embassy in Mauritania: North Light (2016), acrylic on canvas, 108 by 240 inches

“Oftentimes curators look for art in accordance with the aesthetics of the place where it will end up,” says Mokha Laget. “My work is bright and colorful and went to Nouakchott, the capital of Mauritania.” (The artist spent the first six years of her life in Algeria, just to the north.) Generally works are sent out on loan, but periodically AIE also arranges for commissions, as happened in Laget’s case, when in 2017 she was asked to do a site-specific work for the foyer of the new embassy. “Last year they asked for an extension of it, which was like a new commission,” she says. “But I think that was highly unusual. My work was at a very fair price, and the commission came through one of my galleries, so my dealer got half.

“You can’t be in a hurry,” she adds. “It can take a year from beginning to end. But they do all the paperwork and handle shipping.” 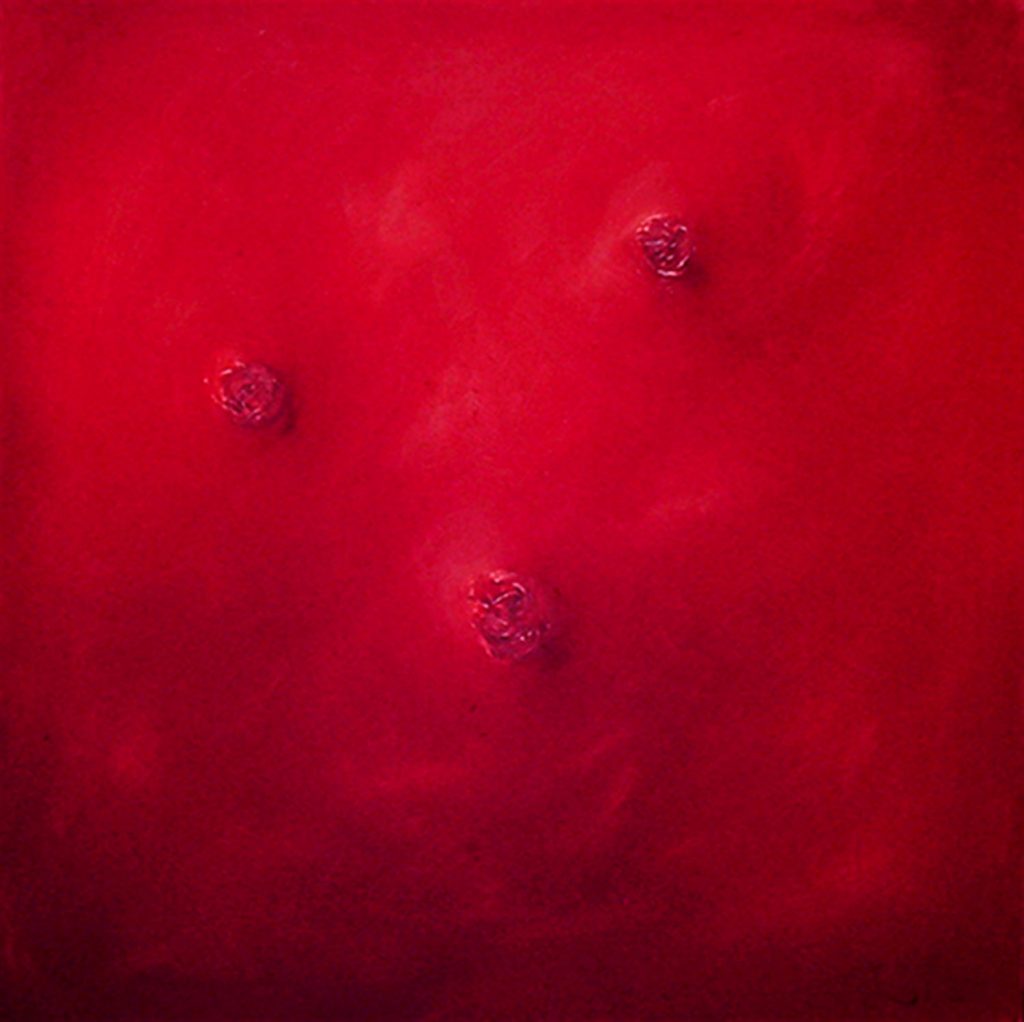 After AIE placed works of hers in Namibia and Morocco, Marietta Patricia Leis discovered that ties with the State Department can pay off in myriad other ways. “When they had a bigger budget, they used to arrange for catalogues, for artists’ visits, and for workshops,” she says. But placing works in different embassies has nonetheless helped her build more of an international network. “I’m going to be in Latvia, where I have a solo show at the Mark Rothko Center, so the curator at AIE put me in touch with the Riga Embassy and they gave me some good suggestions about shipping artwork to Latvia. So when I travel—let’s say I’m going to Turkey—I call up the curator in D.C. and ask if there’s any program I can do with the embassy, You can get your foot in the door and make the exchange even more valuable. I believe in crossing borders and getting to know the local network.”

Registering with the Art in Embassies program is almost as easy as clicking on to Facebook. You’ll need to fill in some basic information, agree to terms of service, and upload a couple of images. The rewards could be incalculable. “It’s good exposure and it’s an honor,” says Sessler. “You’re representing your country.”

Top: Jane Guthridge, The Space Between 19 (2015), encaustic and archival inkjet on mulberry paper, 40 by 42 inches