All About the New York Artists Circle 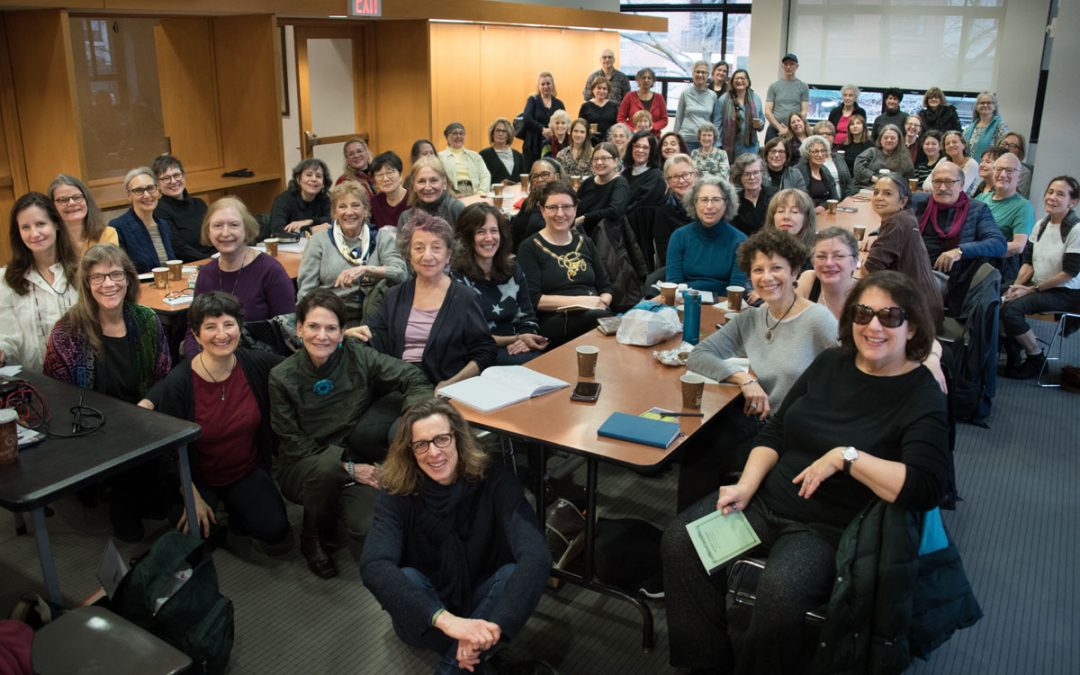 The very model of a modern-day generous, informative, and informed community

More than two decades ago, when Barbara Ellmann was a young mother in the Tribeca neighborhood in New York, she began to experience those feelings of isolation that can afflict stay-at-home moms, and perhaps especially artist moms. “I felt I was losing touch in trying to keep my practice going and being a conscientious parent and staying on top of business opportunities in the art world,” she says. So she invited three artists, all from Tribeca, to come to her studio for a visit. “We talked about my work, we talked about their work, and work in general,” she recalls. “At the end of the gathering, I said to them, ‘This was really informative. Let’s meet again in a month.’” 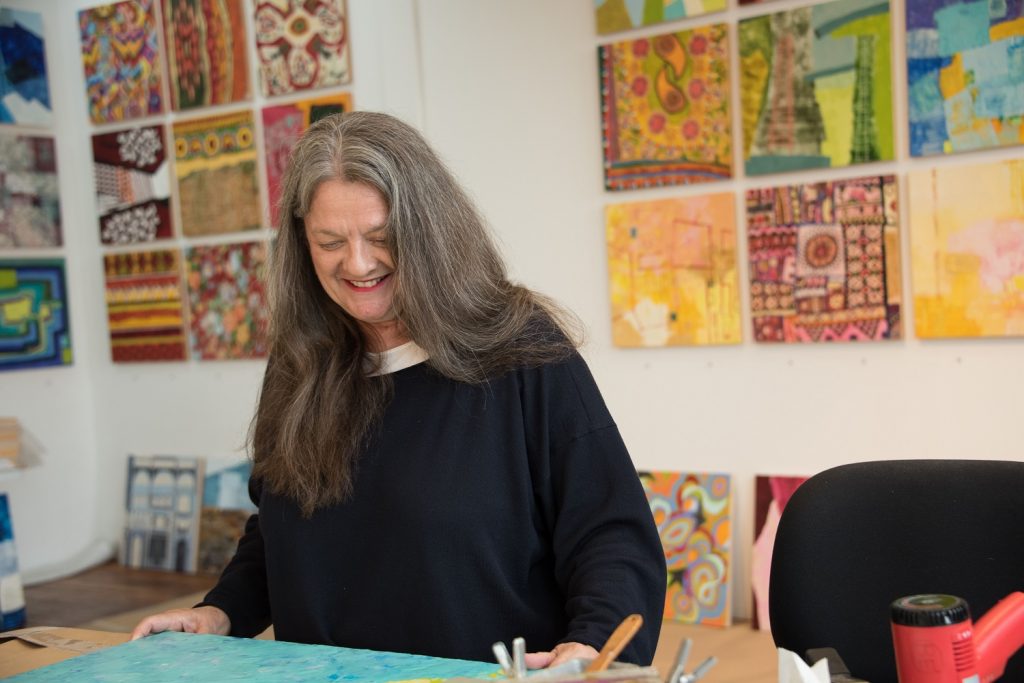 That modest beginning gave birth to a group now known as the New York Artists Circle, which meets monthly for two hours at First Presbyterian Church on Fifth Avenue at 12th Street and is now more than 400 members strong (though on average only 50 to 70 show up at any one meeting). The idea is to exchange information, share news, and network about the business side of art.

As Ellmann, who stepped down as director in 2015, notes, “That’s not always the temperament of many galleries and artists.” And the original group of eight or ten, which met at a bakery on Franklin Street, was not always so open. “They were asking, ‘What can I get out of this?’ The notion of giving was absent, but that’s what I believe makes a community,” she says. 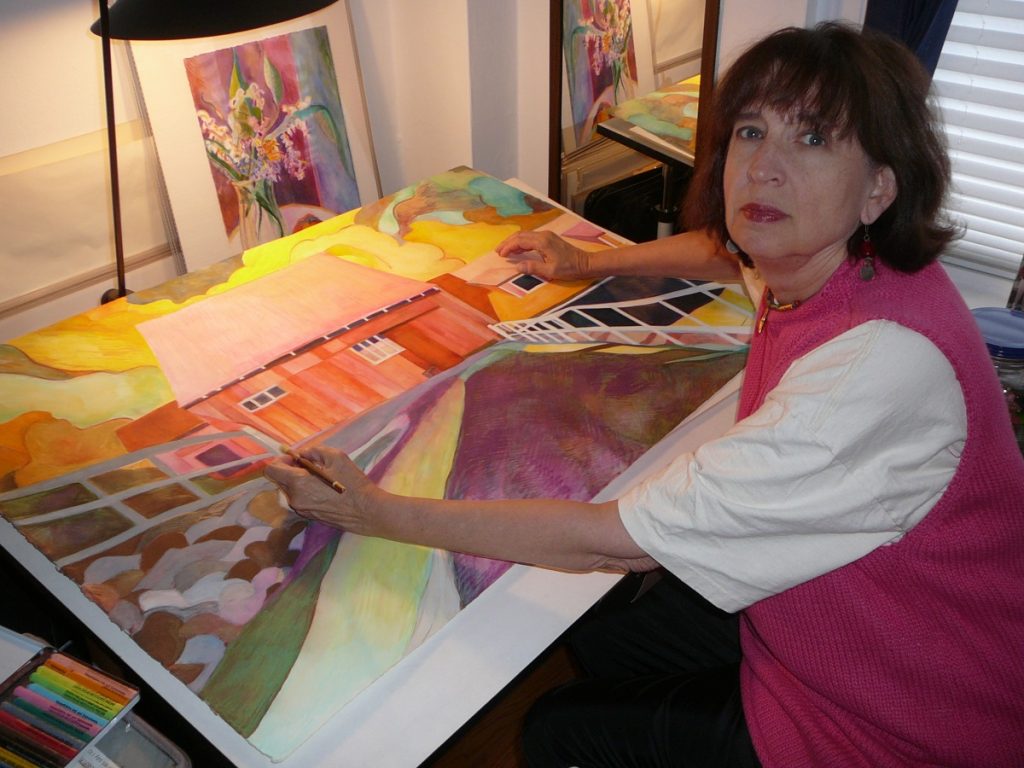 Because of the group, Ellen Pliskin’s works were selected for a show of American paintings in Washington, DC

At first, interest and attendance spread through word of mouth, and the word was that this was not a group about sharing aesthetics but about practical and business-related questions. A member might want to know, for instance, where to get a particular upholstery needle or find a videographer to document work in progress. And gradually the group has moved away from what Ellmann calls “the elementaries of becoming an artist—how to do a website, how to write a statement.”

After 9/11, the New York Department of Cultural Affairs reached out to see how it could help artists living downtown and offered use of its offices uptown on 42nd Street. And that’s when the numbers started to explode. As Ellmann explains, the group moved from restaurant to restaurant in recent years, then to Westbeth, an artists’ cooperative on the far west edge of Greenwich Village, and finally to First Presbyterian, where NYAC held its first meeting in February 2019

The first hour of each monthly two-hour conclave is devoted to “news you can use” (information about grants, calls for art, or a curator looking for work; deadlines on residencies; notices about new arts organizations). The second hour is sometimes given over to guest speakers, such as an expert on social media, representatives of artists’ residencies, critics and curators, and authorities on art law. Or there might be group discussions on relevant topics and appeals for “things we need”—extra-strong magnets for hanging art, a certain type of paint, a good photographer for artwork.  At the end come announcements of group and solo exhibitions, recommendations for shows to see, and “hot tips.” 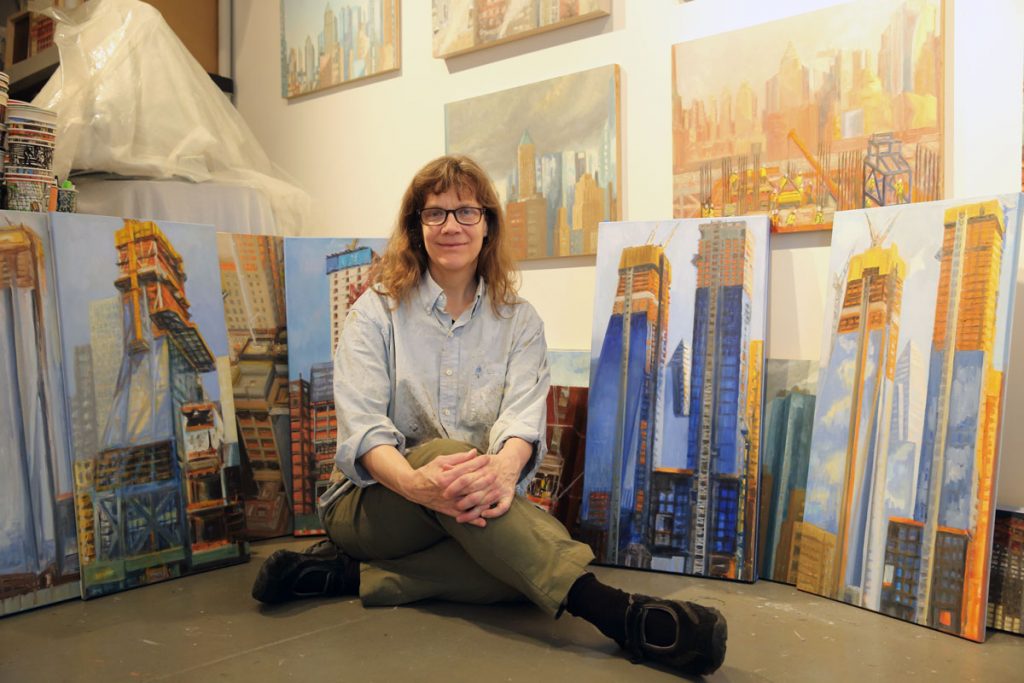 As a group, NYAC has been able to negotiate discounts at art-supply stores and trips to trans-cultural exchange programs. There are no yearly fees or dues, but members pay $5 per meeting to cover the cost of the venue.

The benefits, say members, have been enormous. Gwyneth Leech, who moved to New York in 1999 from Scotland, where she was already an established artist, found an immediate network with the group—”a flood of tips, advice, and stories,” she recalls. “The sense of camaraderie was immediate, and I was hooked.” A few years later, she landed her “dream” studio space, in the West 30s, when another member announced she was looking for someone to share her north-facing space on West 37th Street. 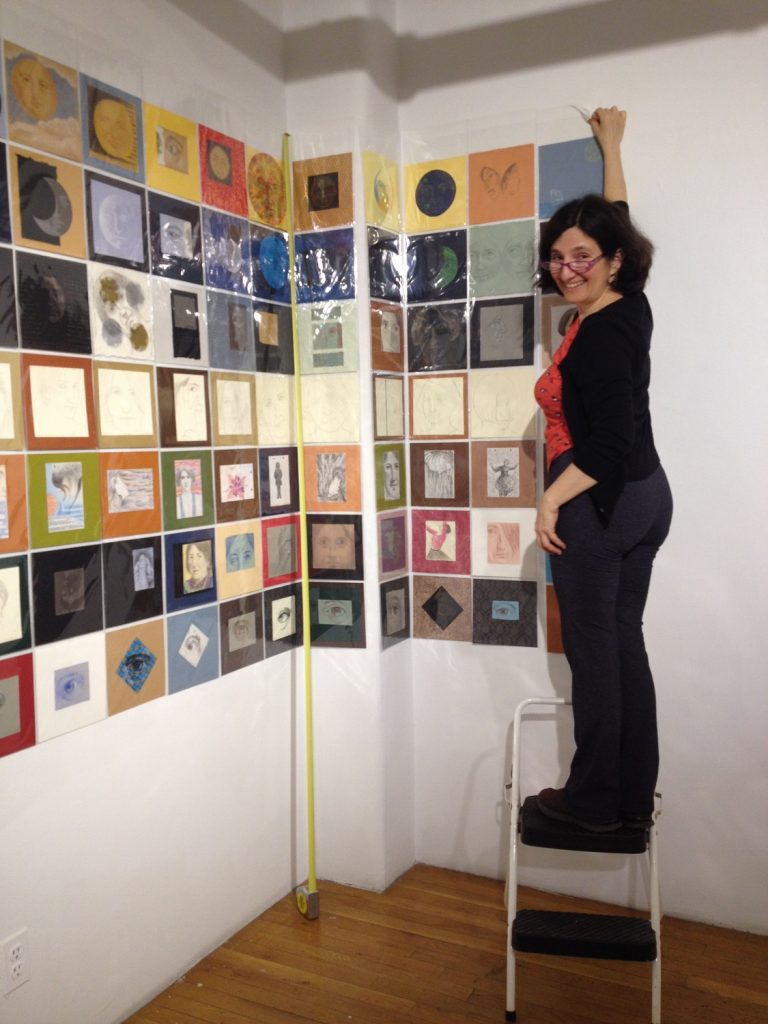 The network has also led to serious commissions. One came Fran Beallor’s way via the NYAC website: “I contacted a potential patron who emailed me through the site and in the end received a commission for a 16-foot mural in a private home near the U.N., as well as three life-sized full-length portraits.” At one meeting, after a member shared information about an arts program at the Federal Reserve Board in Washington, D.C., Ellen Pliskin contacted the director, who made a studio visit in June, 2016. “He selected one of my paintings—Mt. Gibbs, Yosemite—and the painting became part of a large exhibition, ‘American Paintings,” at the Eccles Building in D.C.” The work was later added to the Federal Reserve Board’s collection of American Paintings.

“These are some of the most generous-minded people you’d ever want to meet,” says Ellmann.

But here’s the rub. Since the group has swelled in numbers, membership is extremely limited. Twice a year, however, each of the current NYAC members can invite a new artist to join and will sponsor that artist. Once the newcomer has attended three of the monthly meetings in a six-month period, she becomes a new member of the group. “Our group is always interested in proactive mid-career artists in the New York City area who fully understand the value of community and are eager to contribute ideas and resources,” says Leech.

To find out more check out the website and/or Instagam @nyartistscircle. In browsing through the portfolios, curated shows, studio views, and roster of members by medium, chances are you may stumble across someone you know who will invite you to a meeting.

Clearly, there’s a real level of commitment required, but the investment of time and sharing is well worth it. And it’s such a good idea, one wonders why there aren’t more groups like this around the country.