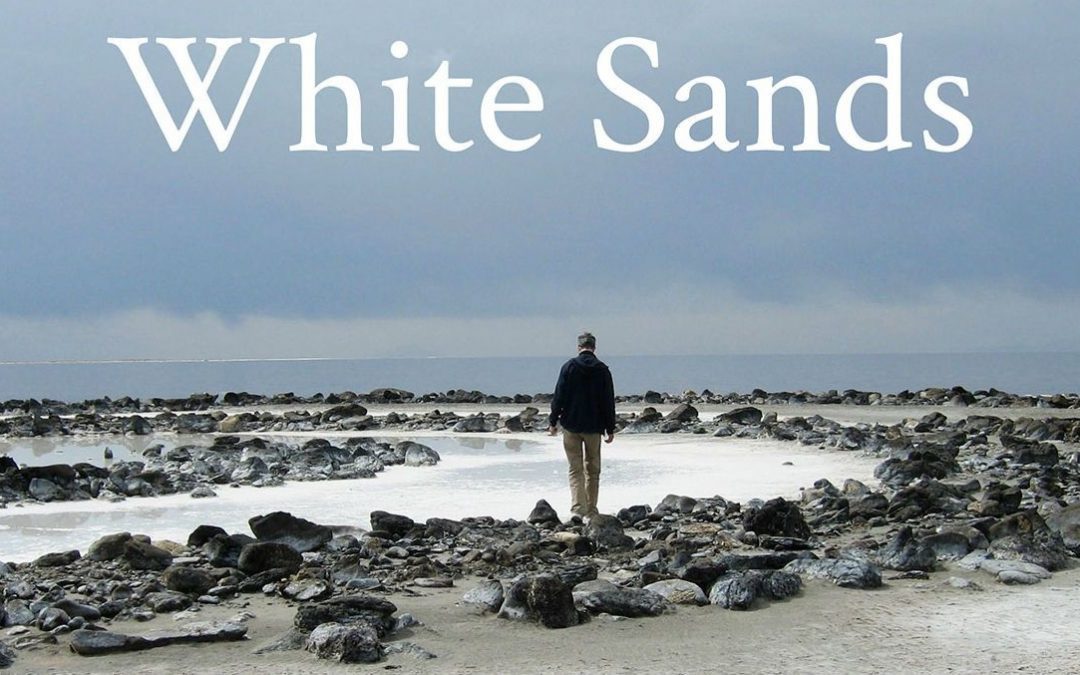 Why read two Diane Arbus biographies back to back? Because, after finishing Arthur Lubow’s recent life of the photographer, published a year ago, I found myself so annoyed with his detached and bloodless recitation of Arbus’s life that I turned to other reviewers to see if their reactions were similar. A couple agreed with my assessment and pointed me toward Patricia Bosworth’s 1984 biography which enthralls in ways that Lubow doesn’t (indeed one suspects somewhere around the middle of the more recent book that the biographer really doesn’t much like his subject at all). 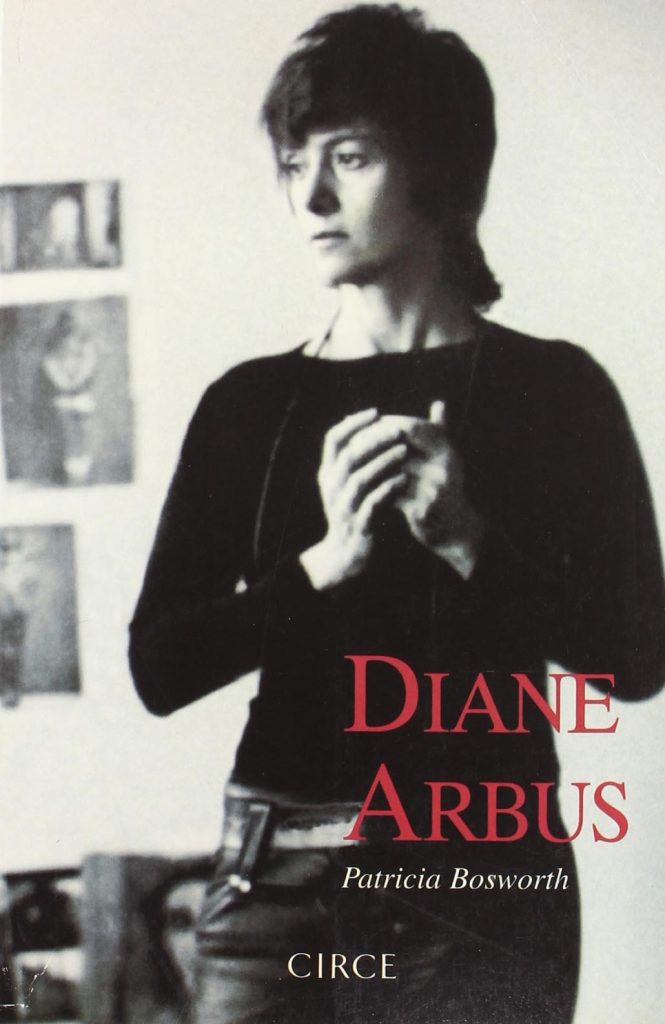 Lubow, to his credit, does take us inside the making of many of Arbus’s most famous shots, including The Child with a Toy Hand Grenade. The young hero of that one—a skinny grimacing boy who clutches the lethal plaything in one hand while the other curls into an upturned claw—confessed to the author that at the time of the photo his parents were divorcing and he was “living primarily on powdered Junket.” He says of Arbus “She saw in me the frustration, the anger at my surroundings, the kid wanting to explode but can’t because he’s constrained by his background.”

Possibly Arbus did see all that, since her own background was one of wealth, privilege, and dysfunction, a subject covered capably by both writers. (Arbus’s mother, according to Lubow, “typically stayed in bed in the morning past eleven o’clock, smoking cigarettes, talking on the telephone, and applying cold cream and cosmetics to her face.”) Lubow surmises that her relationship with her brother, celebrated poet Howard Nemerov, was one of lifelong incest, while Bosworth is more discreet in her assessments of the artist’s sex life, which Arbus herself freely admitted was outside the norm—she not only photographed orgies but also took part. She seduced waiters and editors and film producers, and confided to writer Gay Talese that “she took Greyhound rides as far as Boston and sat in the rear of the bus to indicate her willingness for sex — not to take pictures, just for the experience,” according to Lubow.

Much of what enlivens Bosworth’s account of the photographer are the vivid anecdotes she collects from friends like Richard Avedon, ex-husband Alan Arbus, daughters Doon and Amy, and subjects like Germaine Greer, who offered this remarkable account of her encounter with Arbus:

“It was tyranny. Really tyranny. Diane Arbus ended up straddling me—this frail little person kneeling, keening over my face. I felt completely terrorized by the blasted lens. Finally I decided, ‘Damn it, you’re not going to do this to me, lady. I’m not going to be photographed like one of your grotesque freaks!’ So I stiffened my face like a mask. Diane went right on merrily photographing—clickclickclickclick—cajoling me, teasing me, flattering me.”

Why the enduring interest in Arbus, enough that a biography twice the length of Bosworth’s was commissioned more than four decades after her suicide? There are the photos themselves (and if you read either bio, you’ll need a volume of these at hand or easy access to Internet images because apparently the Arbus estate still imposes so many restrictions). They are chilling, eerie, haunting, grotesque, and mesmerizing—often all at once. Like Sylvia Plath’s, the premature death by her own hand of a fragile but explosive talent fascinates. And by the end of Bosworth’s biography I was in tears for the loss of this complicated and ambitious woman, whose life was so difficult and who believed her best work was behind her by the time she was only in her forties.

Geoff Dyer, as readers may have surmised from an earlier list of recommended reads, is one of my very favorite writers. He is a deft and thoughtful novelist, an able and honest chronicler of often hapless travel adventures (one especially memorable jaunt included a visit to the van Gogh in Amsterdam, high as a kite on mushrooms), and an astute writer on art. 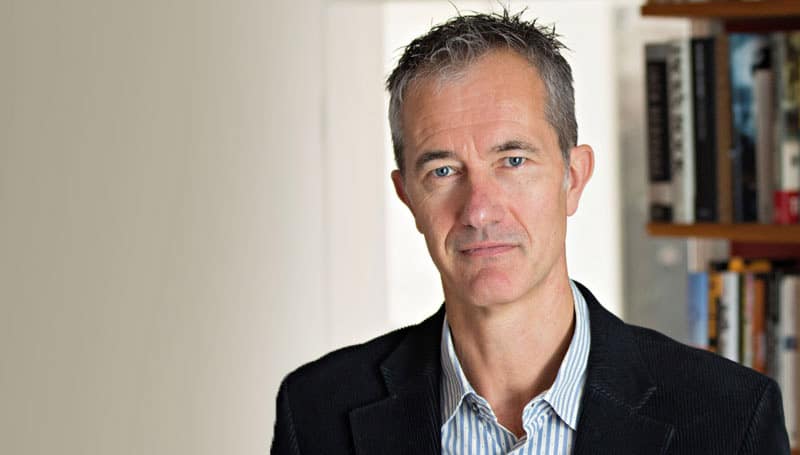 His tone is persnickety and cranky, as his exotic destinations too often turn out to be terrible disappointments in one way or another. The opening essay of White Sands is no exception, as he travels to the island that enraptured Gauguin and whines about the excessive heft of contemporary Tahitians: “The people are huge. They stare at you from the depths of their blubber. It’s like they’ve gone into hibernation within the folds of their own flesh.”

Try not to be put off by the borderline racism of that observation, however. There’s not a whole to be learned about Gauguin here, but the title of one of his most famous paintings—Where Do We Come From? What Are We? Where Are We Going?—offers a kind of refrain throughout the volume. The painting seems emblematic of the experiences that crop up repeatedly in this book: of “trying to work out what a certain place—a certain way of marking the landscape—means; what it’s trying to tell us; what we go to it for,” writes Dyer.

Some these “essays” are slight, barely a couple of pages, but the book is worth occasional irritation on the reader’s part for its wonderful chapters on Walter de Maria’s Lightning Field, Robert Smithson’s Spiral Jetty, and Simon Radio’s Watts Tower. Artists, even those of the Sunday-painting variety, will appreciate observations such as this about the tower and its author: “a hobby can become the defining purpose of one’s life, the thing that gives it meaning even if—as in Rodia’s case—one is obliged to spend the bulk of the day doing something else to earn a living, to buy that time.” 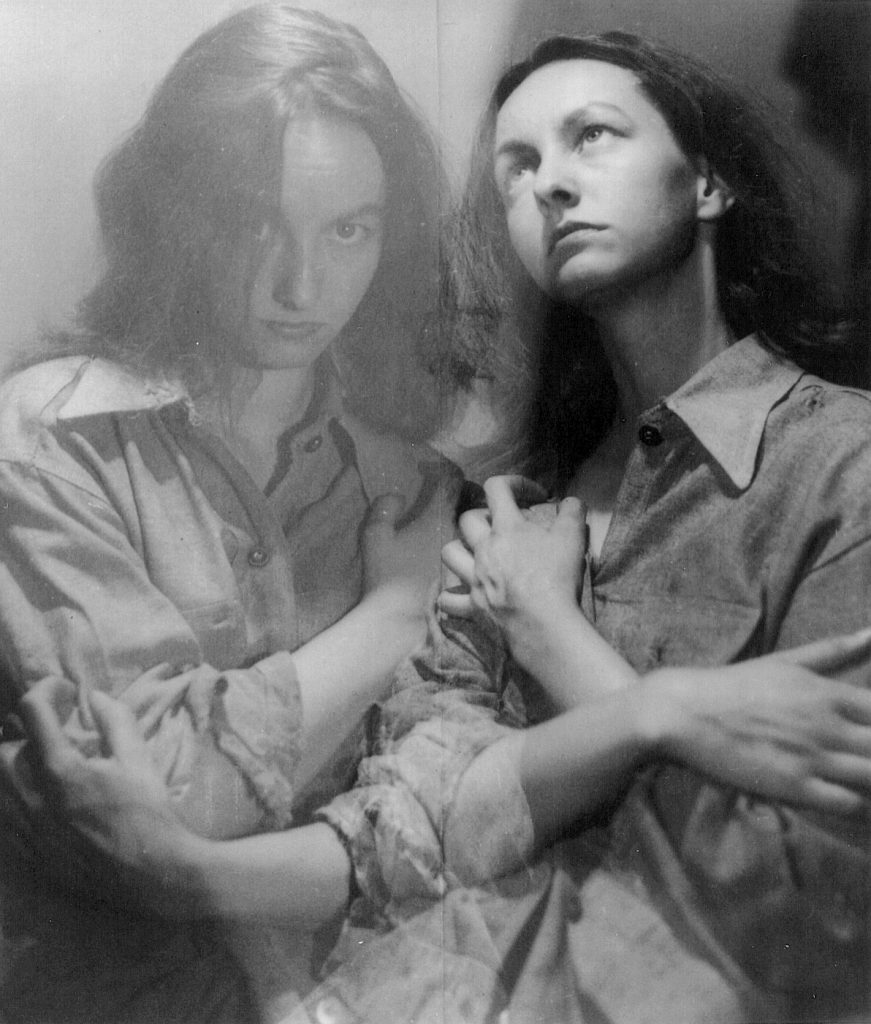 The real Sheri Donatti (aka Martinelli)

I picked up Anatole Broyard’s memoir Kafka Was the Rage: A Greenwich Village Memoir hoping it would contain some of my favorite heroes and heroines from art history—the hard-drinking, hard-living geniuses who congregated around the Cedar Bar in postwar New York: Pollock, Kline, de Kooning, Mitchell, and the gang. They appear not at all, though the young Anatole Broyard, later a columnist and editor for The New York Times, has some memorable encounters with critic Clement Greenberg (at a dance club in Harlem), Caitlin and Dylan Thomas, Delmore Schwartz, and art historian Meyer Shapiro in his standing-room-only lectures at the New School: “When he said that with Les Demoiselles d’Avignon Picasso had fractured the picture plane,” Broyard writes of Schapiro, “I could almost hear it crack, like a chiropractor cracking the bones at the base of your neck.”

But the most compelling character in these tales is Sheri Donatti, a pseudonym for the painter Sheri Martinelli, a protégée of Anaïs Nin and muse to Ezra Pound. She provides the young ex-G.I.’s initiation into both bohemian life in the Village and some of the stranger realms of eroticism. “Being with her was like having a permanent erection. It aches after a while,” he writes. “I needed to be bored now and then—boredom is a time for imagining—but she wouldn’t let me. She said that boredom was a domestic emotion.”

Sheri also lies about having a bad heart so the author will carry her upstairs without complaint. She makes a bumbling effort at suicide by opening all the gas jets in the kitchen one night and accuses Broyard of stealing a canvas she gave to him, then later has him arrested for the “theft.” But the high—or perhaps low—point of this tale of cockeyed youthful obsession occurs when the writer goes to his parents’ home in Brooklyn and finds Sheri seated in his mother’s lap. When she pushes the lever on “the early version of the Barcalounger” on which they are perched, “Sheri’s bare legs flew up, and in that split second while they rose, I thought that now we would see—yes, this is what we had come for. She had come to Brooklyn on the subway, and had searched out our house on a map to show my mother and father that the woman I lived with wore no underpants.”

This is a book of delicious and sharp reminiscence, “a valentine with barbs,” as one reviewer called it, and perfect for an afternoon of shady reading in the hammock. No permanent erections necessary.