Three Great Novels About Art, Artists, and the Art World

It used to be that the favored genre for fiction about art and artists was the pseudo-biography, like Irving Stone’s Lust for Life and The Agony and the Ecstasy. Or if you were in search of lighter fare, you turned to a glamorous art-world setting to follow a caper, featuring a light-hearted plot about forgeries or art theft, such as Peter Mayle’s Chasing Cézanne. But of late more serious novelists have turned to an art-y setting or characters to mull on heavier themes: midlife ennui, frustrated ambition, infidelity, and betrayals large and small. Here is a clutch of favorites from the past few years. 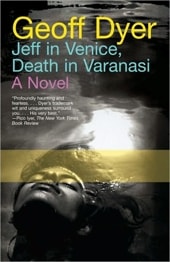 Geoff Dyer, Jeff in Venice/Death in Varanasi (Pantheon, 2009) Dyer’s writings on travel, art, music, or history do not fit easily into any category, and are generally spiked by lunatic doses of druggy behavior (visiting the van Gogh Museum while high on mushrooms, for example) and comic but classic English “whinging.” This novel in two parts—more like two long short stories—is somewhat like the waters of Venice itself, reflecting, refracting, distorting, leaving one unsure as to who’s who and what’s what. The cynical journalist at the center of each story may or may not be the same person, but for sure he sounds much like the author’s only slightly altered alter ego.

This is not, however, a twisty postmodern tale filled with tricks and bafflements. The first half, set in the summer season of the Venice Biennale, is one long Dionysian revel as the main character, Jeff Atman, hops from party to party and discovers a love/lust object in an elusive American woman named Laura, who appears and disappears with the shimmering ease of the dolphin tattooed on her hip. The many funny, acerbic asides on the Biennale are alone worth the price of the book: “The perfect installation would be a nightclub,” Atman observes, “full of people, pumping music, lights, smoke machine and maybe drugs thrown in. You could call it Nightclub, and if you kept it going twenty-four hours a day it would be the big hit of the Biennale.”

In part two, “Death in Varanasi,” the nameless journalist protagonist has come to one of the holiest sites of the Hindu pilgrimage to write a piece for an English newspaper. The Indian sojourn brings out Dyer’s fierce descriptive powers: A holy man, for example, has a beard “that looked like it was made out of the fur of a long-haired animal, mythical in origin, close to extinction and completely incontinent.”  As his counterpart in Venice lost himself in a miasma of sex, drugs, and rock’n’roll, the journalist in the Varanasi half gradually succumbs to the spiritual pull of his surroundings.

A pair of parables about different ways to lose your mind in unfamiliar surroundings? Hard to say, but well worth the journey. 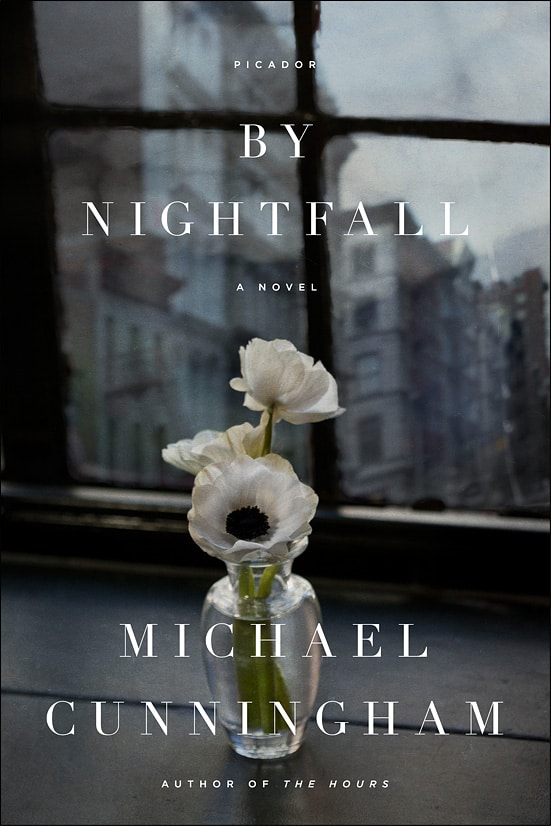 Michael Cunningham, By Nightfall (Farrar, Strauss & Giroux, 2010). A different kind midlife restlessness befalls Peter Harris, the hero of this novel by the Pulitzer Prize-winning author of The Hours. A successful dealer in Chelsea, Peter has a beautiful wife, Rebecca, who edits a literary journal, a handsome loft in Tribeca, and a wayward daughter he feels he has failed. He loves his work, and has a sharp eye for talent and a soothing bedside manner with collectors. Into his comfortable life filled with friends and parties and high-end restaurants walks Mizzy—aka “The Mistake,” the unexpected youngest child of Rebecca’s aging parents, a manipulative addict but an irresistibly beautiful young man who calls up in Peter’s mind Rodin’s magnificent Age of Bronze.

This could have been a story about a middle-aged man’s struggles with the nature of his sexuality, but Cunningham is far too subtle a writer for that. Mizzy is a magnet both for his beauty and for the youthful irresponsibility, the not-yet-examined life, we may all yearn for in maturity. He is the classic uninvited guest who pushes at the boundaries of his welcome, but he is also a mirror held up to his elders, asking them to question their behavior and choices. Cunningham’s descriptions of the artists he represents feel so true—a young hotshot who produces bronze sculptures that sound like a marriage of Koons and Haring; a fragile soul who makes videos of banal pedestrians, turning them into action heroes—that one senses he surely knows his way around the New York gallery scene. Some may find the digressions into the ancillary spaces of the art world too long; I thought they added heft and veracity to a familiar tale of the ways in which relationships get tested over time. In the right hands, it’s a theme always worth revisiting. 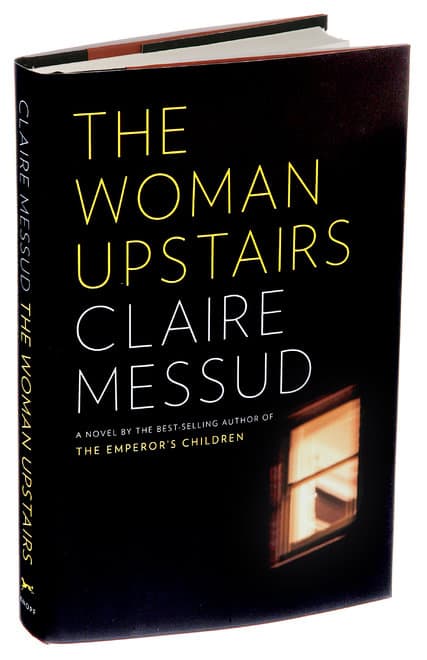 Claire Messud, The Woman Upstairs (Knopf, 2013). In the explosive opening to this page-turner fueled by rage, the narrator Nora Marie Eldridge, now 42 and taking care of her elderly father, announces that she would like her tombstone to read “FUCK YOU ALL.” She tells us also that she is quiet and dependable, the kind of person that unmarried, childless women of her age and calling—she is a grade-school teacher—are expected to be, the invisible “woman upstairs.” The story then flashes back five years to a time when she met the glamorous Shahid family, after rescuing son Reza from a pack of bullies, and became infatuated with all of them.

Nora, who makes dollhouse-type constructions in her spare time (and this is one among several literary references that feel strained in an otherwise engrossing tale), had once hoped for a life much like that of Reza’s mother, a charismatic multimedia artist named Sirena, who is on the cusp of international acclaim. Gradually she is pulled into the Shahids’ orbit, sharing a studio with Sirena, babysitting Reza, fantasizing about Skandar, a Lebanese-born academic on a year’s leave at Harvard. Sirena’s friendship and example fuel her hopes of a different sort of life, one in which Nora too can have it all. (As one of her friends comments, “So you’re in love with Sirena, and you want to fuck her husband and steal her child. Have I got it right?”) She longs for a different scenario, of moving in with the Shahids and establishing a happy little commune, perhaps in Vermont or Tuscany.

There is not a lot of action in this riveting story of obsession, but in one pivotal scene the narrator dresses up, Cindy Sherman-style, as Edie Sedgwick, and takes a bunch of selfies with a Polaroid camera. She also masturbates on the Astroturf of Sirena’s art installation (which truly sounds godawful but maybe there really are dealers and curators who would buy into this delusional self-indulgence). It’s a transgression that will come back to haunt her in the most grotesque of ways and lead to a final shattering act of betrayal that leaves Nora even more hardened inside her unhappy shell. Some reviewers have caviled about what feel like contemporary conceits—how reliable is our spinsterish narrator? how much of her story is sheer fantasy?—but Nora and her seductive friends live in the reader’s mind long after the book is closed.