The Last of Marty (a Christmas Memory) 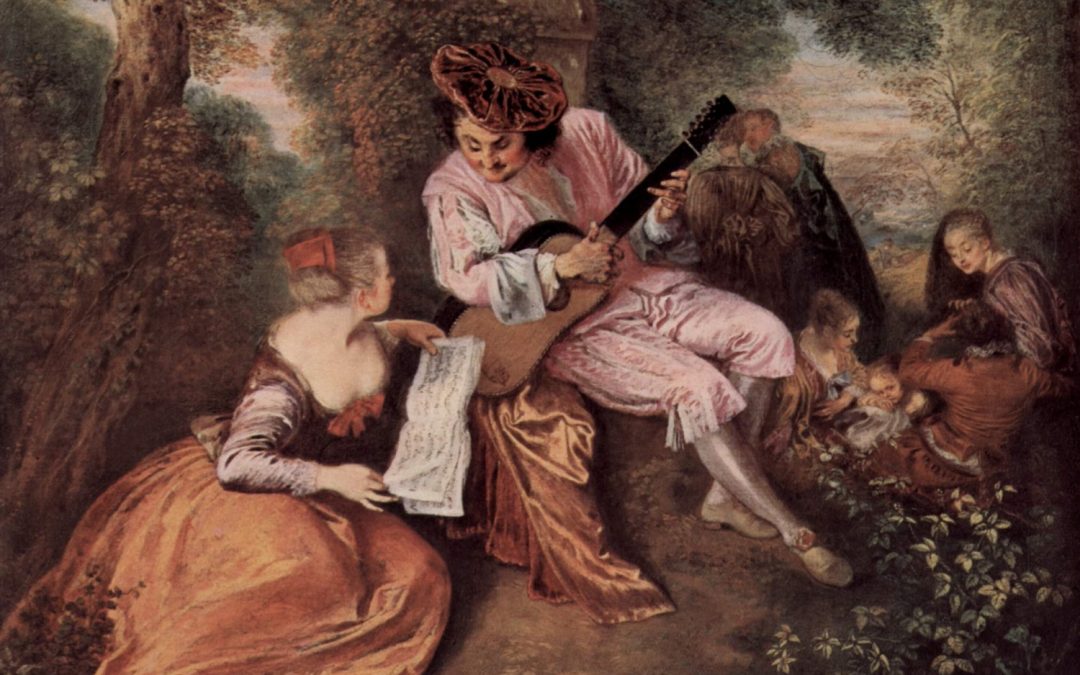 It’s a question people habitually ask in a place like Taos: How did you wind up (or, alternatively, end up) here? The connotations of that inquiry always feel to me somewhat negative, as though you’ve hit rock bottom and are staying at the YWCA in downtown Newark. But so many I’ve met have odd stories about the transplantation to Taos that it’s a favorite ice breaker when you first meet new people, as happened when I paid artist Brian Shields a studio visit last week at his house toward the southern limits of town.

My answer is much simpler than others I’ve heard. I’d been in Manhattan for most of my adult life and could no longer afford the high tariff on a freelance writer’s income. My rent was about to go galumphing skyward yet again, and the choices seemed stark: find a studio apartment in Bushwick or get way the hell out of Gotham.

My ex-husband, with whom I have been on friendly terms for most of our post-marital existence (we call it “open divorce”) had recently relocated to Taos from the West Coast. I was curious to see the Southwest, which I’d visited only briefly once before, and paid him three visits in 2010-11, the last in March when he was living in a spacious hacienda with 360-degree drop-dead fabulous views, just north of the late Ken Price’s home and studio (in fact, I had an assignment from ARTnews to write about Price but he was then too busy with his retrospective to do an interview). I met a few of his friends. I liked the vibes of the place and the strangeness of the landscape—in some parts it feels like you’re in New England; in others, you’re on the far side of the moon. I thought, I can handle this.

My ex found me a charming, small, three-bedroom house, which the landlady, I later learned, had decided to lease for a year because she got in over her head with a mortgage on a hexagonal building next door, a place she used for Ayurvedic healing ceremonies. Her main business was and is leading “journeys of personal and spiritual discovery” to places like Bali and the Amazon. In our phone conversations discussing the house, she more than once expressed a desire to meet in person so that she could gauge my “aura,” but there really wasn’t time for that between the start of the rental and my deadline to leave Manhattan.

So I had a rough idea of what I might be in for, and like many “spiritual” people I’ve met, I discovered that she has a suspicious and grasping side. But we got on well enough because she was gone much of the fall and winter.

A couple of months after moving, settling in, getting the lay of the land and getting lost more often than I like to admit (yes, even in a small town), I decided maybe it was time to meet some men and went back on Match.com for what I hope is absolutely the last visit to this site in my short stay here on earth. I had a couple of stinker dates: one brought his sick, elderly dog to the restaurant where we agreed to have lunch; the waitstaff said it was okay to have pets on the patio and didn’t seem to mind the flecks of foam around his sorry muzzle. Another drove me out to the area known as the Mesa, through a commune where scuzzy hippie drug-dealer types scratch out a living of sorts (this is a date?) 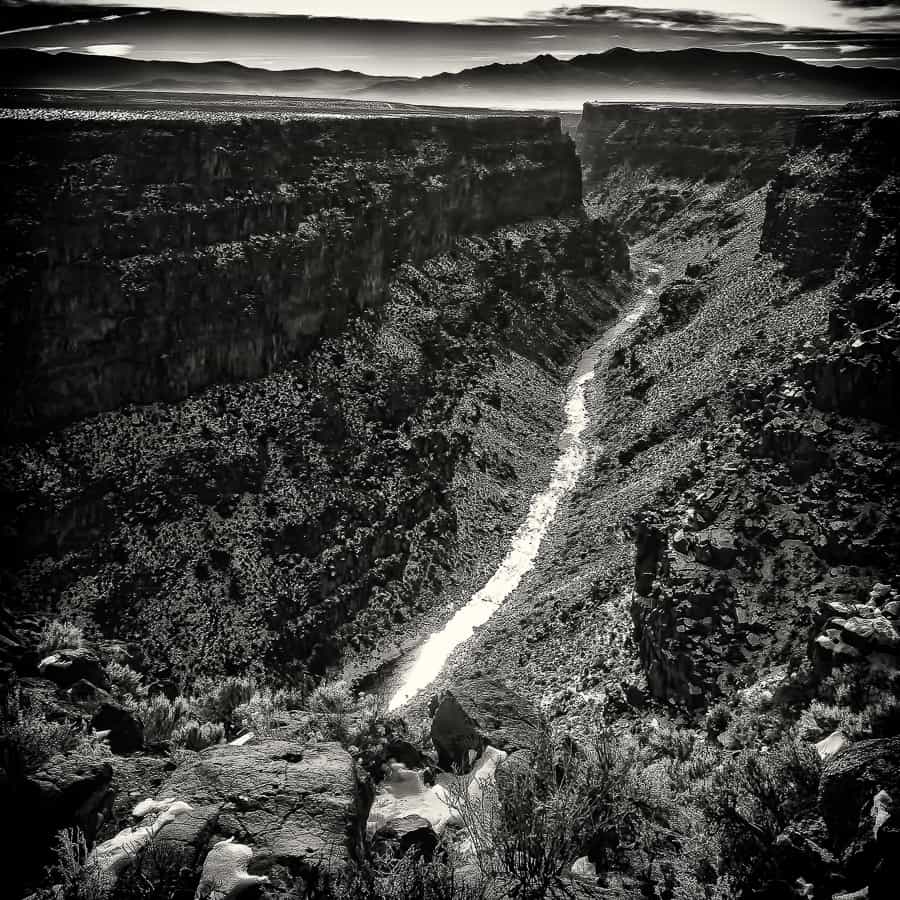 Life in Taos is full of high drama, and not just in views of the Rio Grande Gorge (photo by Deonne Kahler)

And then I met Marty. I can’t recall what about his ad seemed to me particularly appealing, but he had a highly original prose style that seemed to me somewhere between H.L. Mencken and Dr. Seuss, and his pictures were hugely appealing. He was tall and well built and looked to have some Native American blood. He described himself as a musician slash carpenter slash construction worker—not an unusual combination in these parts. He mentioned that he loved to read, and that is always a huge plus for me.

We agreed to have dinner at a sweet little Mexican restaurant, near Chimayo, roughly the halfway point between Taos and Marty’s home outside Santa Fe (I’d already checked it out on a visit to the nearby Santuario, where I rubbed holy dirt in my bad ear, hoping for a miracle….but guess what?).

Marty turned out to be not just tall, but huge—about six-five (which I knew) and easily 250 pounds (which I did not). But he carried himself well, dressed nicely, and had a droll sense of humor. When I asked if his four brothers were as large as he, he claimed he was the runt of the litter. We exchanged the messy particulars over dinner: he was divorced, the ex had managed to run up about $300K in debt (a warning sign, but I ignored it), and he had one teenage son he absolutely doted on. At the end of the evening, we both declared the date a resounding success.

He invited me to drive down for lunch the following Saturday and had already warned me that the place was still a work in progress. I found it easily enough and, yes, it was very much in haphazard building mode—cinder blocks on the front porch, along with a ragged butterfly chair and, mysteriously, a pair of bright pink sweat pants, too small for Marty, draped across a railing.

The interior furnishings were a mix of discarded office chairs, a beat-up Naugahyde couch, and a quaint hooked rug such as you might have seen at your grandma’s 30 years ago (how do I remember all this? I used to take notes on dates and even had a dating column for The Huffington Post…until it all got too depressing). But if his ex truly had racked up hundreds of thousands of dollars in debt, I needed to cut him some slack. At least he had a house, even if unfinished, and a fire blazed brightly in the wood stove.

I settled in at the kitchen counter and produced a bottle of wine to have with lunch, briefly forgetting that Marty didn’t much like to drink. One margarita at dinner had left him feeling a bit sick-ish, he claimed. So of course he didn’t have a corkscrew. But he managed to improvise using a nail and a pair of pliers, wrapping his thick hand around the neck of the bottle and giving a mighty pull. Somehow it worked.

I looked in dismay at the ingredients spread out for lunch: eggs for an omelette, along with a bag of frozen succotash, a block of Kraft Monterey jack, and one of those fluorescent green canisters containing what is billed as Parmesan cheese. I polished off a glass of wine as he tossed together one of the gloppiest egg concoctions I’ve ever tasted; it might have helped if he’d allowed the vegetables to thaw a bit more. Oh, well, so he wasn’t much of a cook.

Soon after lunch, at that awkward point when I was wondering whether to split or hang around to see what developed next, a violent knocking sounded at the front door. Marty opened it a crack and I spied a small woman in a big down coat wearing one of those knitted caps with ear flaps and tassels that look cute on kids but not on too many people past that age of 20. He stepped outside and even through the door I could hear a heated exchange that went on for about half an hour.

When he returned, his broad handsome face was flushed bright red, whether from cold or from anger, I couldn’t tell. “I’m sorry,” he said, “but you might as well know, I have a stalker.”

I poured some more wine. “Do tell.”

“I broke up with someone about three months ago, and she’s been harassing me ever since. She hounds me on email. If she sees a strange car in my driveway, she pounds on the door.”

“Block her emails,” I said. “Call the cops. Get a restraining order.”

He shook his head. “She’s a psychotherapist and has a practice on town. If I get the police involved, I’ll ruin her reputation.”

Now, reader, you may be wondering why I would hang in with a man who lived in such ramshackle surroundings, who was probably having serious money problems, and who was being stalked by a lunatic shrink. I asked myself the same. But the holidays were just around the corner and I did not want to spend those alone. Besides, he was awfully sweet and courtly. He took my Jeep to his mechanic to have the alignment fixed. He played soulful tunes on the guitar, even John Dowland, the Elizabethan composer I thought no contemporary musician (other than Sting) had any interest in. He said all the right things (“How could your husband ever let you go?”). When we discovered how expensive Christmas trees were in Taos (like, $50 to $80 for fairly miserable specimens), we strung up lights on the naked aspen in the garden behind my house. He didn’t need a ladder. 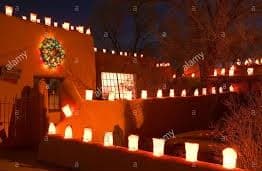 LeDoux Street: a good spot for a romantic Christmas stroll

Disappointingly, though, there was no sex. Marty seemed content with a bit of kissy face and cuddling in bed at night, and pushed my hand away when I groped for more. “I’m just not ready yet,” he whispered like a shy virgin. So, okay. I could wait.

We did the seasonal Taos rituals, like the LeDoux Street walk, when about a dozen galleries serve up mulled cider along with astonishing examples of mediocre Southwest art (lots of R.C. Gorman), and we celebrated the lighting of the huge Christmas tree at the Taos Inn. Christmas Eve he invited me to a friends’ party in Santa Fe, and that turned out to be quite a lively gathering, including his charming, soft-spoken, very tall teenage son. But when we returned to Marty’s house outside of town, there was no heat. Sheepishly he admitted that he’d forgotten to buy propane, and so we huddled for much of the night on the Naugahyde sofa in front of the woodstove, with Marty draped around me like a large gently snoring grizzly.

Perhaps worse, on Christmas Day, there was nothing to eat in the house but Cheerios and toast made from Wonder bread. Sensibly—perhaps one of the few sensible decisions I made in the course of this misguided two-month romance—we had decided not to exchange gifts. I left after a cup of coffee and half a piece of toast with grape jelly, cross and bewildered but somehow not at all sad.

And that was the last I saw of Marty.

On the drive home, I found Handel’s “Messiah” on one of the local stations. The sky was a brilliant cloudless blue canopy over the snow-streaked Sangre de Cristo mountains in the distance.  I stopped at a McDonald’s for a bacon, egg, and cheese biscuit and a diet Coke. It was possibly the best Christmas breakfast I’ve ever eaten. Hallelujah!