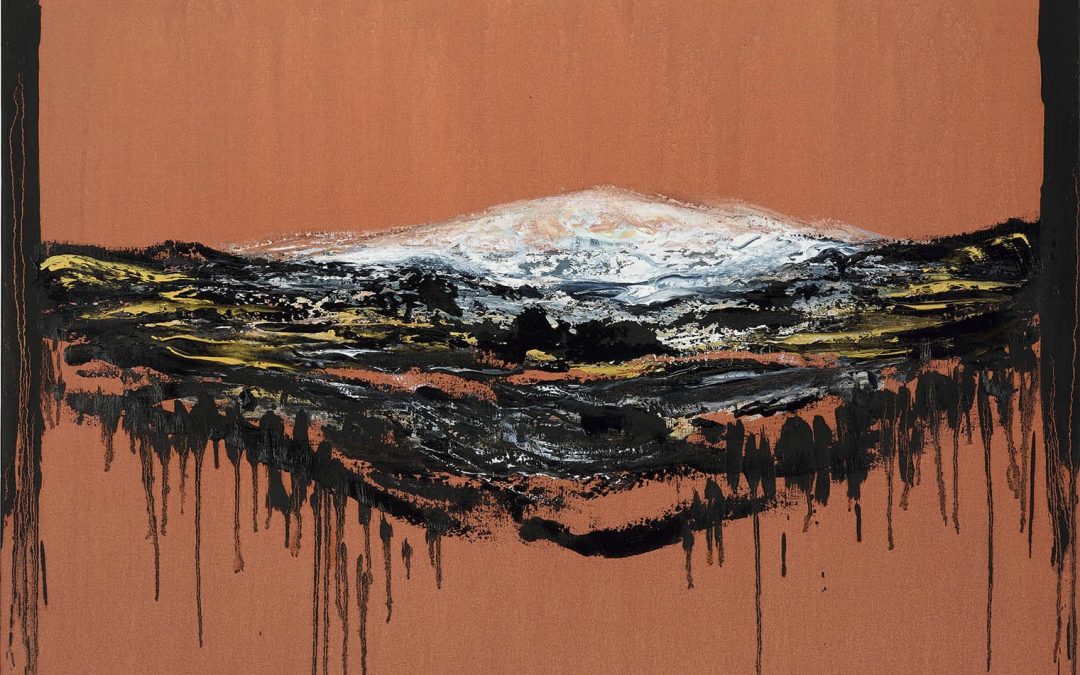 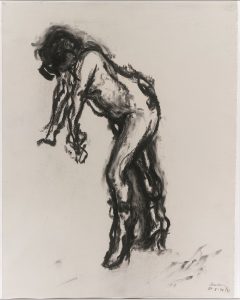 Maggi Hambling’s paintings and sculpture are not entirely new to me, but many outside the U.K. probably have little knowledge of this quintessentially British artist. I discovered Hambling’s work in the early 1990s, five years before I left London, and have since been distracted by all the other wonderful artists I have discovered on my travels around the globe. Hambling’s powerful work follows no trend, and her reputation may not have traveled much overseas, but she undoubtedly deserves to be ranked alongside other great English artists such as Lucian Freud, R.B. Kitaj, and Frank Auerbach. 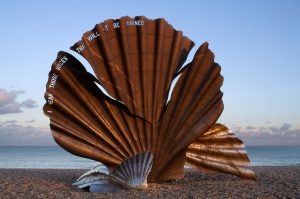 As a young woman, I first came across Maggi Hambling during the 1980s on a televised game show called “Gallery,” where she regularly headed a team of panelists asked to identify and discuss works of art. I was amused and intrigued by her chain smoking, opinionated irreverence, witty eloquence, and openly “lesbionic” style (an adjective she has used to describe herself). She embodied a self-assurance I longed for. It was in the early 1990s, as an art student myself, that I discovered a collection of her paintings on exhibit at the Bernard Jacobson Gallery in London, which represented her work between 1989 to 1994. I shall never forget my reaction as I encountered an energy and intensity that resonated with my own. I fell in love with what I describe as a fire in the belly that evidently burns strong to this day. As I pored over the collection of drawings and paintings, I found myself in awe of her impeccable draftsmanship and the emotion she conveys in the sumptuous quality and handling of paint. Grounded in the figurative, Hambling’s work is a far cry from photorealism and exudes not just passion but a unique intensity of engagement. 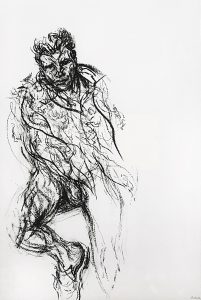 Hambling was born in 1945, in Sudbury, Suffolk. The critic Jessamy Calkin introduced her in an article for The Telegraph in January 2017 as the “most straight-talking and foul-mouthed artist.” She is now 71 years old and continues to draw, paint, sculpt, and smoke. Smoking is such an integral part of Hambling that there is not one image to be found of her without a cigarette in hand! 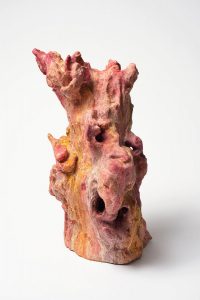 Because she is an artist who is still very much with us, we rely on Hambling to tell us about her personal life, albeit often with tongue in cheek. She mentions that she proudly continues to smoke mentholated cigarettes and that her studio is the largest ashtray in existence. She enjoys a drink and lives in London with Tory Lawrence, her partner of 33 years. More seriously, Hambling tells us that drawing is the first activity of her day, renewing a sense of touch before starting work on a piece of sculpture or a painting.

Hambling first discovered her artistic potential at the young age of 14 and eventually graduated from the Slade School of Art in London in 1969. There was a brief period of a year in 1970 when she experimented with conceptual art, but she soon returned to drawing, painting, and sculpture. In 1980, Hambling became the first Artist-in-Residence at the National Gallery in London, after which she produced a series of portrait paintings of the comedian Max Wall. In 1995, she was awarded the Jerwood Drawing Prize, followed by an OBE (Officer of the Most Excellent Order of the British Empire), and finally, a CBE (Commander of the Most Excellent order of the British Empire) in 2010 for her services to art. The British Museum in London has been collecting Hambling’s works on paper for over 30 years and presented “Touch,” an extensive exhibition of her drawings and prints in 2016. When interviewed about the show, Hambling acknowledges the honor with humor, stating that there is nowhere higher to go than a retrospective at the British Museum except heaven! She is perhaps best known for her public works; a controversial sculpture of Oscar Wilde in central London and Scallop, a four-meter-high steel sculpture on Aldeburgh Beach, in Suffolk, dedicated to composer Benjamin Britten. 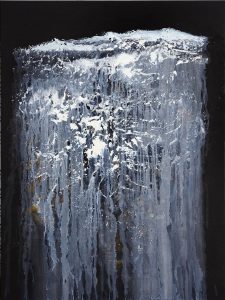 If one had to categorize Hambling’s art, it might be accurate to say she has positioned herself somewhere between realism and surrealism; her strokes and dabs have, over the years, become much bolder and more expressionist. Hambling tells us that she has never forgotten the words of Lett Haines, her longtime teacher and mentor, who encouraged her to take all her feelings to her work. Impervious to critics and relatively immune to trends, she has embraced her themes rather than any style or school of thought. Life, lust, and death power her creations; she also mentions in interviews that she is interested in the borderline between what is tragic and comic. Hambling is always close to her portrait subjects. Notoriously and somewhat controversially, she has oftentimes observed her them in death as well as life, as seen in her portrait studies of her parents on their death beds and in their coffins. As a skilled draftswoman, she is an incisive portraitist, a perceptive social commentator, a landscape artist, and a sculptor. More recently, as evidenced in her latest show, “Edge,” with the Marlborough Gallery in London, in March 2017, she continues to boldly deliver on the major themes of melting polar icecaps, Aleppo, and even Hamlet, questioning the fragility of the human condition and that of the planet. 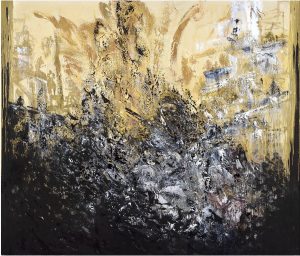 Controversy has often attended Hambling’s work; critic Jonathan Jones, in a review of her work for The Guardian in December 2014, went as far as to say he finds her “daft daubs neither skilled nor imaginative.”  “If she is a painter,” he opined, “I am Rembrandt.” I vehemently choose to disagree. Quite to the contrary, she remains grounded in the great traditions of artistic skill and possesses a unique vision that boldly tackles the essential issues of our lives with humanity, empathy and a rare intensity of engagement with the viewer. For me, it is as if she is accountable for each and every mark in her painting and drawing. Hambling, is without doubt, a great British gem whose work deserves a global audience. In deftly combining reality with sensation and feeling, she reminds us that humanity is still very much the core value of art. 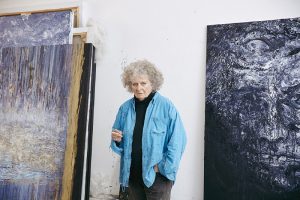 Maggi Hambling in her studio

Jane Barthes, profiled for the site a few months ago, lives and works in Chicago and most recently wrote for Vasari21 about Helen Lundeberg.

All drawings courtesy of the Trustees of the British Museum; photo of Maggi Hambling by Luke Andrew Walker