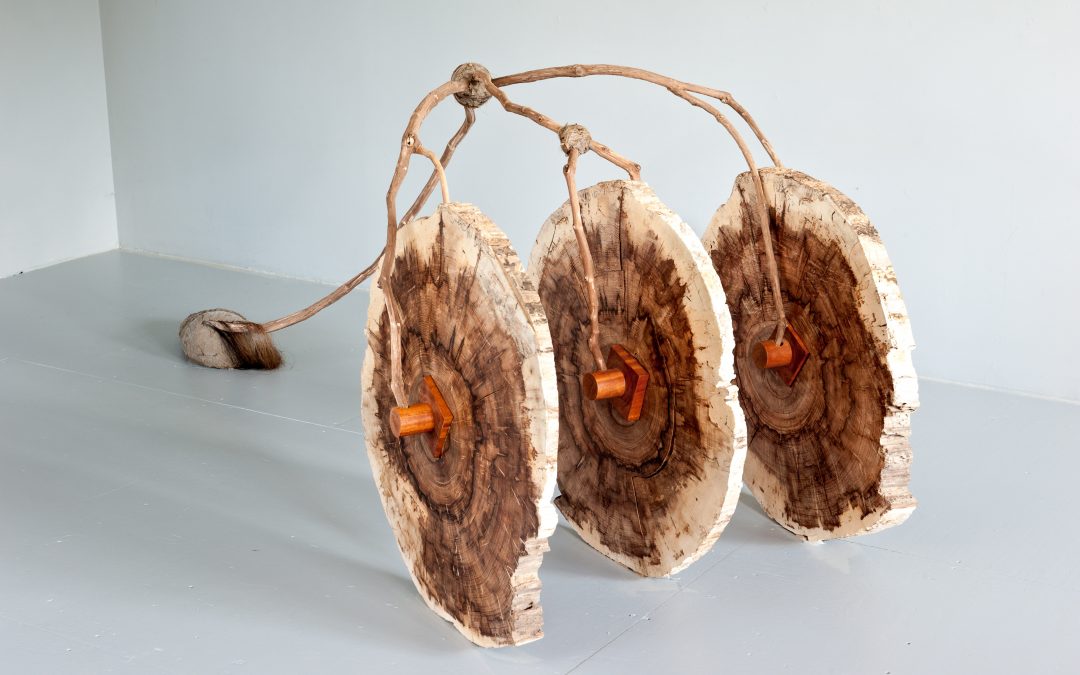 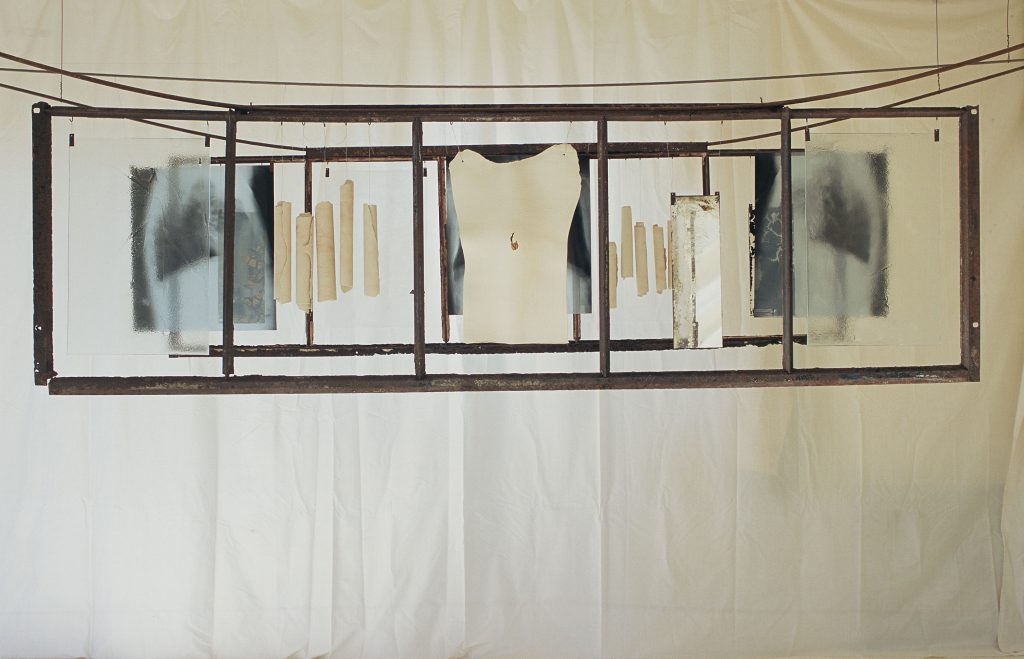 When Millicent Young was growing up in Manhattan, in a progressive and intellectual family who lived on the Upper West Side, “art was considered as important as being polite to people on the street and doing my homework,” she recalls. Her mother, a student of Margaret Mead, taught anthropology at Finch College and her father was a scholar of political science and American government who eventually founded the first oral history program in the country on the American presidency.

Young herself went to the Dalton School, a private institution that encouraged creativity among its students. “My earliest memory is that I was always making things or inventing dances,” she says. “My imagination was never discouraged, and Dalton was so supportive.” Spending her formative years in New York also had an impact. “I wandered around the city completely off the leash.”  In a challenging urban setting like Manhattan, as she notes, “you learn to take care of yourself.” You also get to sample the whole cultural smorgasbord, from opera to theater to museums.

But the artist notes that summers on Cape Cod from the time she was six also influenced her later direction. “I had these important adolescent epiphanies about my place in the great scheme of things,” she says, “about how we’re related to both nature and culture.” Then, when she was 14, her mother did field work in St. Vincent, one of the Grenadine Islands. “It was a great place to find myself as a citizen of the world,” she recalls. “I developed this incredible empathy for and connection with people who led such different lives from mine, who lived in such dire circumstances. I don’t think I ever saw a division between being an urban dweller, a rural person, or a citizen of the world.”

Next came a couple of years at Wesleyan University, where she found the art curriculum hard to get into as a freshman and sophomore, and so she filled up some of her course requirements with classes in art history because she could “sit in a room with several hundred people, looking at amazing images.” But when she transferred to the University of Virginia, Young elected for a psychology major and went on to graduate studies in developmental psychology at the University of Denver. “It was a topnotch program,” she says, “but I realized I’d gotten on the wrong bus all over again.” 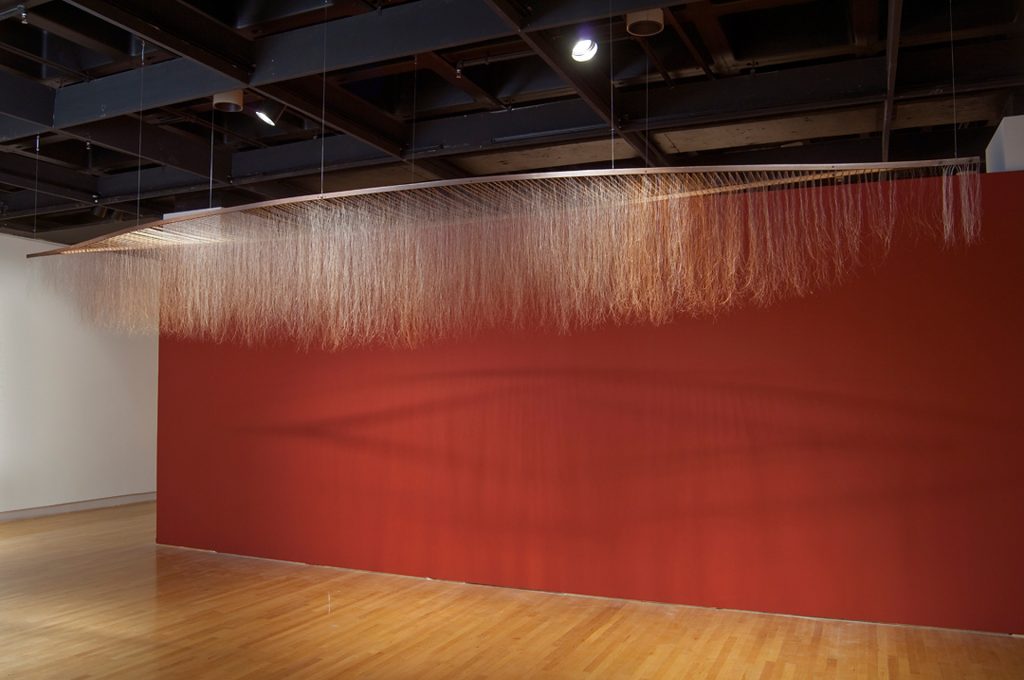 She wanted to be making art and, after dropping out of Denver, landed a job in a private school near Charlottesville,VA. “The whole time I was teaching I was working intensely hard at my own art, developing my own forms and my own voice.” Realizing that she needed to focus more on her nascent vision, Young once again entered graduate school, this time on a full teaching fellowship to James Madison University in Harrisburg, VA. “What I needed was time to focus, and this was like a three-year residency. I really developed my own curriculum for my students, because nobody cared. But what came out was really myself as an artist.”

Young concedes that she’s been a late bloomer, but two years after earning an MFA, she was awarded the top prize in art in the state, the Virginia Museum of Fine Arts Professional Fellowship, followed by the same award 15 years later in 2014. “Those accolades mean so much when you’re first testing the waters as an artist.”

By then she was in Virginia full time. In addition to adjunct teaching,, she easily found work as a gardener, an occupation that has informed her sculpture and drawing in a multitude of ways. I first encountered Young’s work in 2002, as a juror for a show at the Delaware Center for Contemporary Art. The 12-foot-long assemblage she had submitted, called Remigration, was hands-down several cuts about the rest, a beguiling amalgam of such things as X-rays, Monarch butterfly wings, and dangling scrolls made of clay, all loosely positioned within open window frames. At the center is a shape suggestive of a human torso. The piece vaguely recalled Duchamp’s touchstone masterpiece, The Large Glass, without the fanciful and obliquely sexual references. 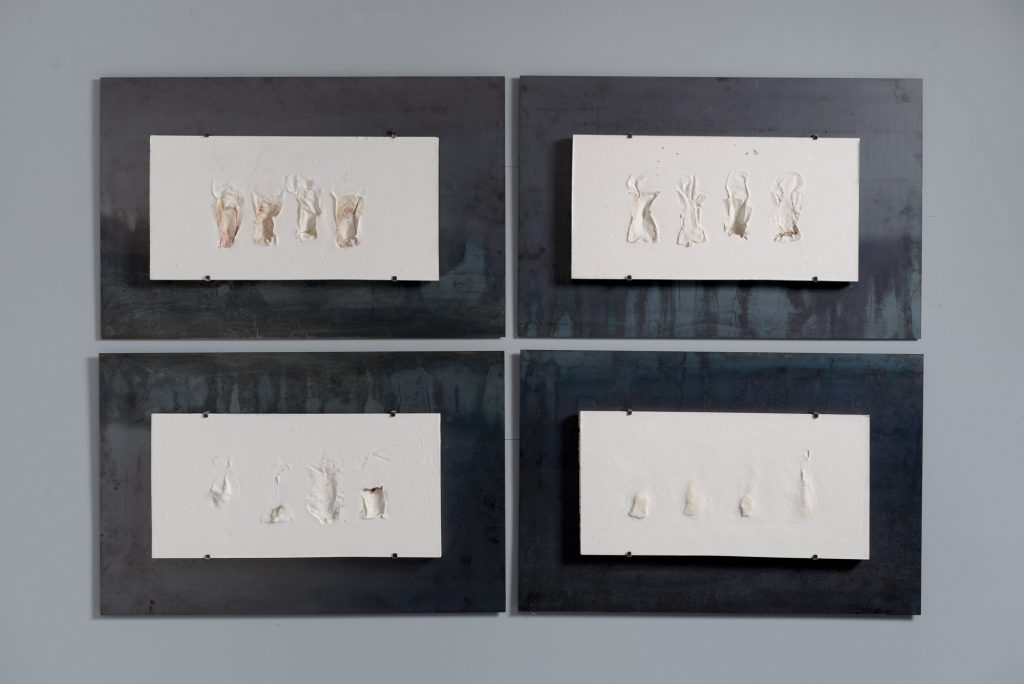 Since the mid-1990s, Young has developed a rich vocabulary that alludes to the mythologies of different cultures, environmental devastation, the brutality of war, and personal loss. But none of this is realized in a tendentious or sentimental way; her materials—like horsehair, rounds of hickory, and grapevines—derive from the natural world and her vision is almost resolutely abstract. One can guess, for example, from the series called “Vessels,” some of which are up to 20 feet long, that these were inspired by the boats from Greek or Norse mythology, but they are nevertheless airy, ethereal, and fundamentally non-allusive. (They are also highly labor intensive: to make the series, Young drilled holes into the wood and then threaded or glued horsehair—up to 24 hairs per hole—into the support.)

During work on a series called “Known/Not Known,” her father became suddenly ill and quickly succumbed to cancer. “Death became a story that accompanied this work,” she recalls. Thirteen months later, her mother, too, was dead. “What was happening in my life provided the narrative.” 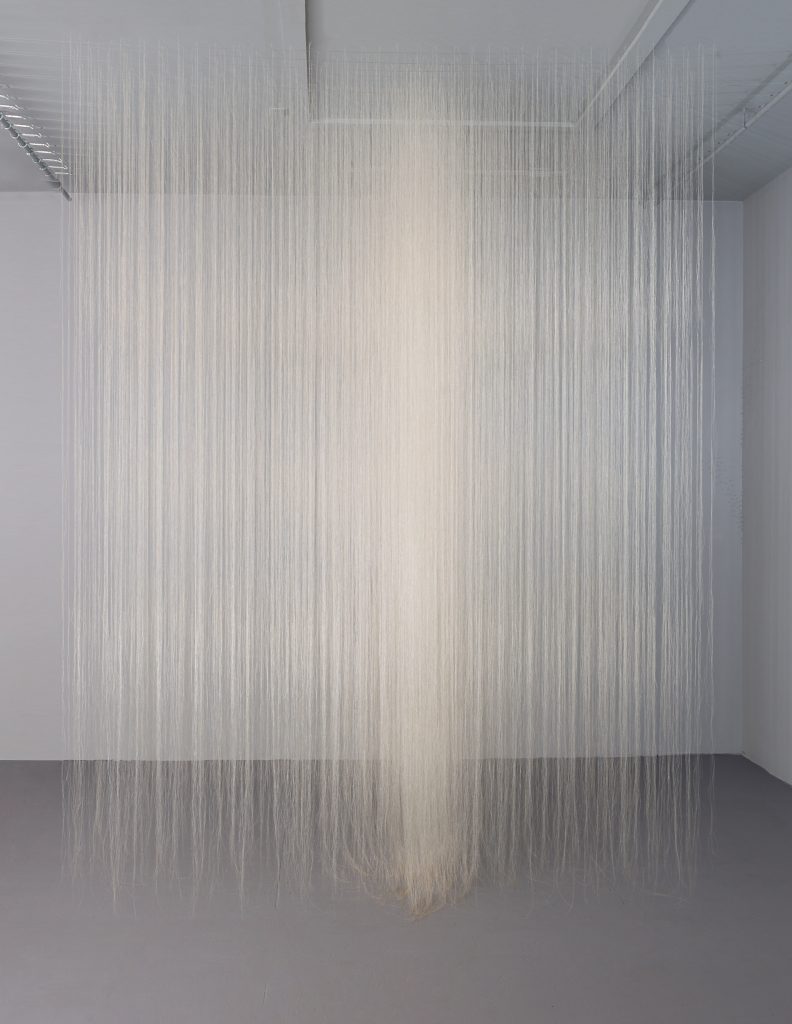 Young’s work has never been overtly autobiographical, but in a plaster relief called Ghosts and in Transitory, an airy shimmer of two-inch squares of lead affixed to filaments on thread and copper wire, she inadvertently realized she was working through this period of loss and transition. Ghosts might allude to the four members of her family, three of whom were now gone.

Recently she has been completing large installations that depend largely on the light-trapping qualities of horsehair and the subtle gradations of tone she achieves through clustering the individual filaments together. These works seem to be taking her toward an ever-more environmental kind of art, installations that are as potent as a sudden rainstorm. 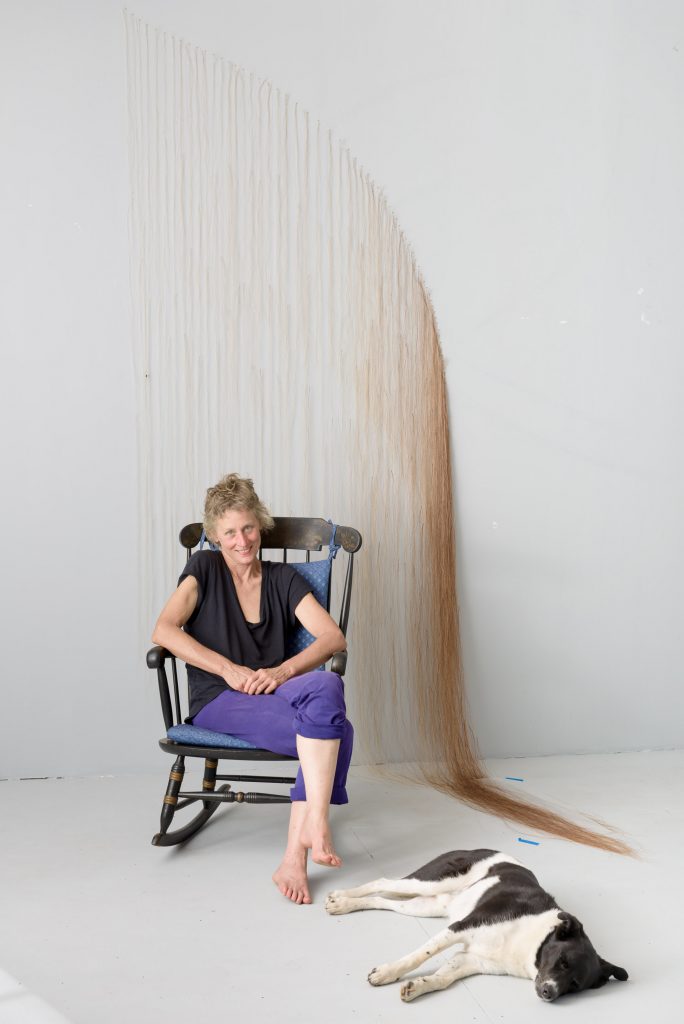 Millicent Young has traveled widely since childhood, but now lives and works in Ruckersville, VA, while making plans to move to the Northeast soon. She has written essays and reviews for Vasari21, most recently about international photojournalist Ed Kashi.  And she has been in solo and group shows at Les Yeux du Monde Gallery, Sweet Briar College, Hillyer Art Space (Washington, DC), the National Museum for Women in the Arts, and the Jonathan Ferrara Gallery (New Orleans).