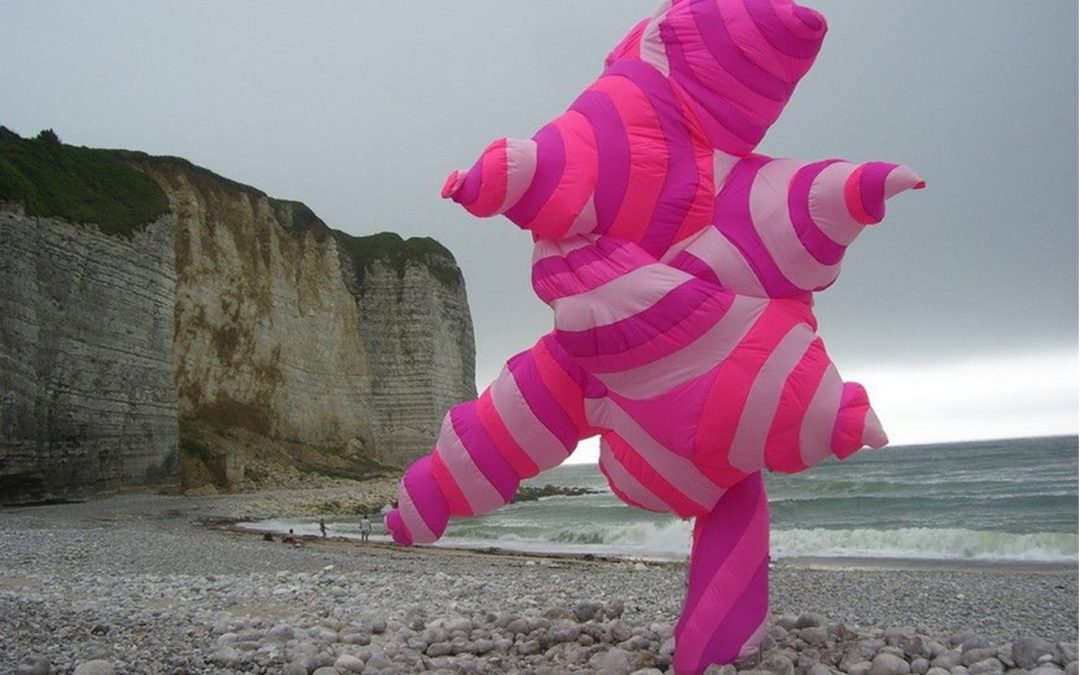 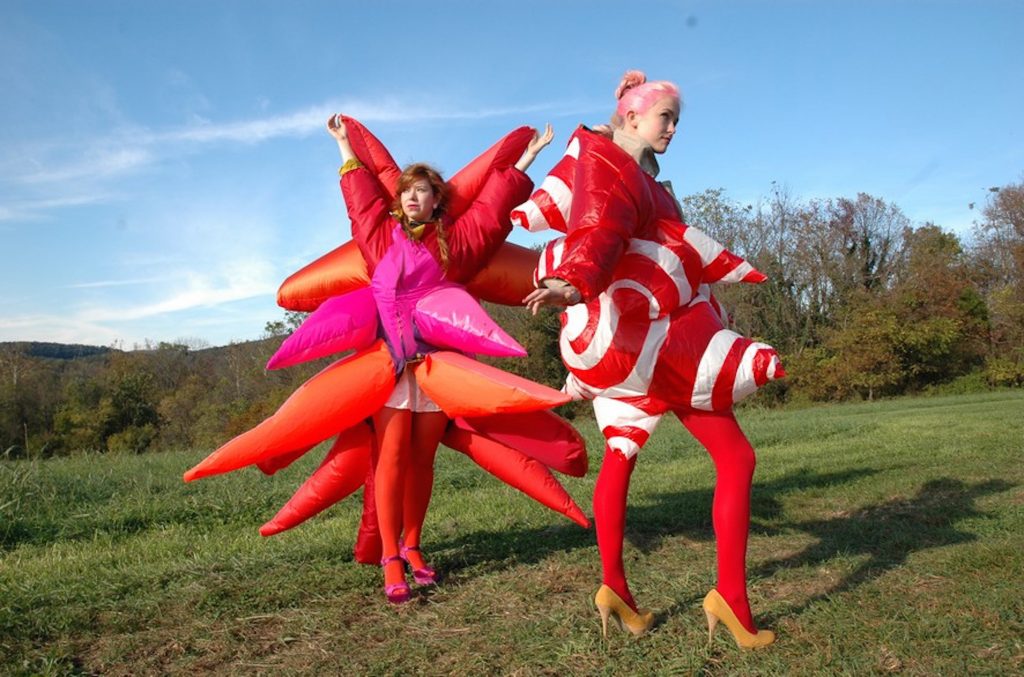 It is almost a decade since my last real vacation (I’m not counting press trips—they can be fun but are generally brief and frenetic, and have lately tapered off along with the plunging economy). I had at the time what amounted to a real job, running a website for women and getting paid in the mid-five figures while still producing the occasional story for ARTnews.

Like anyone, though, I needed time off. I needed a trip. And so in August of 2007 I went online and found a discounted seven-day river-boat cruise up and down the Seine, making stops in Reims, Rouen, Honfleur, and other charming-sounding spots and ending once again at the source, in Paris. There were six of us on a boat intended for forty-two. We all got along famously, even bonding with the grumpy woman from Canada who took a pass on the excellent wine and food to guzzle some goopy green health drink, mixed up in the galley blender, at lunch and dinner.

I awakened every morning to sun-struck half-moons of water and sky outside the portholes of my cabin, as the boat geared up to travel for the day. The six of us sunned on the upper deck, played cards, watched movies in the lounge, and stopped often to ramble along old cobbled streets in towns that often still looked straight out of Flaubert. Docking in Rouen one night, we gawked and gasped at a sensational light show as Monet’s paintings of the cathedral flashed in pixelated brilliance on the exterior of the church, the master’s visions at all times of day flowing gorgeously one into another.

And then we returned to Paris.

The bus dropped us in some unfamiliar arrondissement (who am I kidding? I wouldn’t know the various French arrondissements from the border states of Iowa). I asked the driver how I would find a taxi to my hotel—I’d decided to splurge on a moderately upscale place not far from the Eiffel Tower for the two nights preceding Labor Day. He told me to go into a café on the corner and ask the maître d’ to phone for a cab. 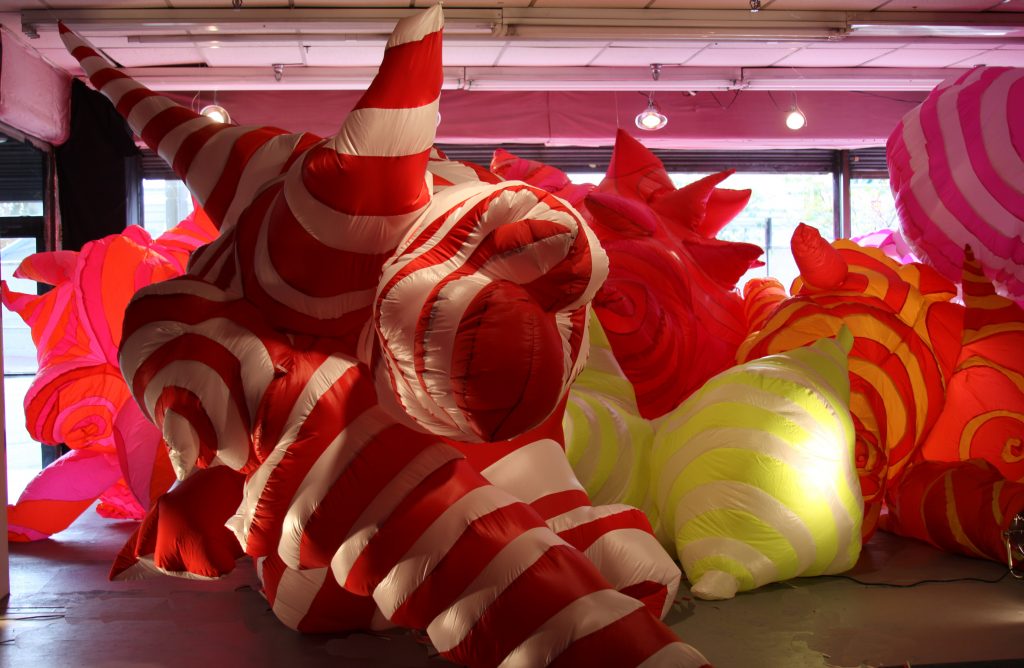 Now, I had been in Paris a few times before and knew instinctively that this was, shall we say, une très mauvaise idée. And sure enough the maître d’ shooed me out the door in an apoplectic fury, as if I had just asked for a personal introduction to Catherine Deneuve.

And so I went trudging down the street, lugging my enormous bag on wheels (I will never learn how and what to pack), wilting in the damp August heat, until I found a Starbucks. The gracious young black woman behind the counter calmly grasped the handle of my bag and trundled it across the street to a taxi stand, which I’d failed to notice as my vision blurred with sweat and worry, all the serenity of the past week giving way to tense exasperation. She loaded the suitcase into the trunk. After hugging her and swearing never to say an unkind work about Starbucks again, I barked the name of the hotel, leaned back in my seat, and closed my eyes, longing for la riviere.

I met up with Anne Ferrer the next day at the Musée du quai Branly, a quirky building that houses an outstanding collection of the arts of Africa, Asian, and Oceania (what we used to call “primitive” art before we became politically correct). We toured the galleries and then had coffee in the garden. I did not know Anne or her work very well, having met her only once or twice in New York. But this is a woman you cannot help liking, even if you feel by comparison, well, just a little bit dowdy. A lot dowdy. She is energetically charming, offhandedly chic, and has a radiance that would stop traffic—even in speed-crazed Paris.

The next day I paid a visit to Chartres and returned to my hotel to pack. And discovered my passport was missing. I searched the bed, the contents of my suitcase and purse, every damn drawer in the room. I called the concierge. Of course, he haughtily assured me, he had returned le passeport after check-in two days ago. My flight was scheduled to leave in three hours. Now I was truly sweating buckets.

I called Anne. “Ah, non, non, non….You must not panique!” said she in her firm but melodious voice. “I will call Air France and find out what to do.”

Ten minutes later she phoned back to assure me that Air France would let me board with a police report and a photo i.d.—that is, my driver’s license. Did I want her to come to the police station with me? No, that I thought I could manage on my own, even with a severely limited command of the language. The station turned out to be just a few blocks from the hotel, and the officers were amazingly polite and efficient. I tore out of there with a photocopy of the missing-passport report, grabbed my bag from the lobby, summoned a taxi, and went barreling out to Charles De Gaulle, racking up a fare of 60 euros (a sum that still sticks in my mind after all these years).

At the gate, an attendant who bore an uncanny resemblance to Inspector Clouseau informed me kindly but emphatically that I could not board without a passport. He shrugged his shoulders. “It is your government not ours that makes these rules.” I burst into tears. He shrugged again and told me to go to the Air France information desk to get my ticket changed.

Still sniffling, I found the information desk and explained my plight. Another uniformed attendant, not so nice as the guy at the gate, sent me to another counter, where I learned that I would not be able to get a new passport until the U.S. embassy re-opened on Tuesday morning, about 40 hours hence. And I learned that changing my ticket would cost about $247, another sum that sticks in my mind. By then I was seriously starting to count pennies.

And what would I do for a hotel? He shrugged. (There is nothing quite so inimitable as a Gallic shrug, a half-lift of the shoulders, a mournful little smile that nonetheless betrays just the slightest trace of malice, especially when the object in question is a tall teary American, well past her sell-by date—even if the French do pretend to like older women.)

Where would I stay? I wasn’t about to pay through le nez for another night in what seemed to me now an absurdly pricey room. The attendant suggested a hotel near the airport, which in retrospect seems not that dreary a prospect, but with another full day in Paris I really, really did not want to bunk at Le Sofitel.

I found a pay phone and called Anne again (this was in the days before mobile phones were ubiquitous). She said it would be murder to get to her apartment with all the traffic returning from les vacances and le week-end; she would meet me at a metro station near the outskirts.

And so another expensive taxi trip to the address Anne had given me. She promptly took charge of my big suitcase, which by now I was wishing I’d dumped in the Seine, and we clambered down the stairs, through the maze of the metro, and on to a train. 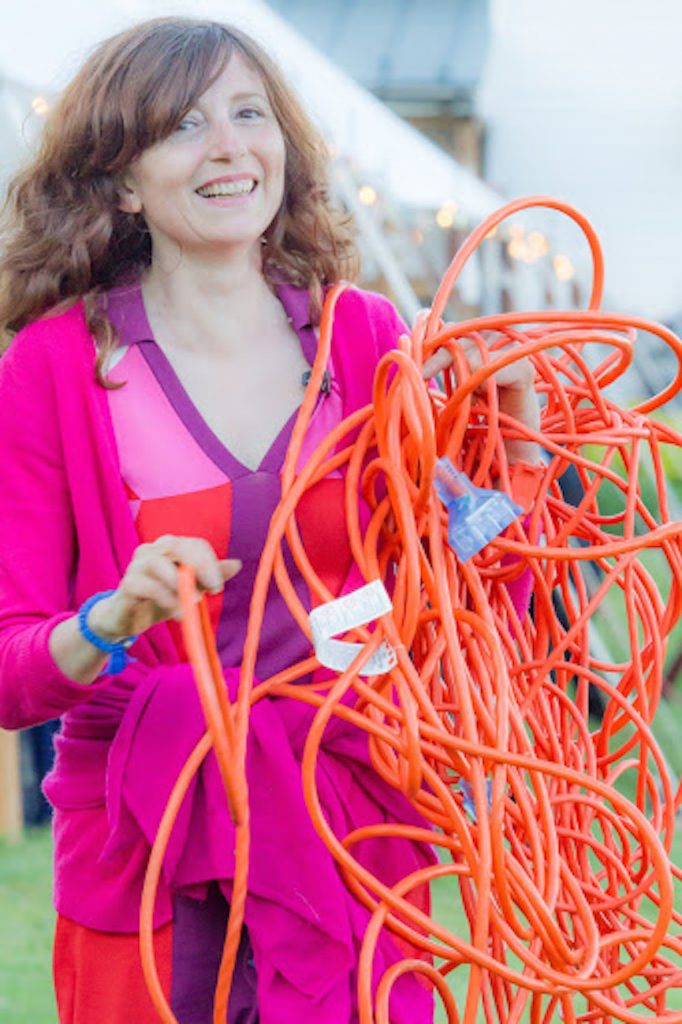 We made it to her apartment and went online to find a hotel. I had no expectations of staying with Anne, as she was raising two young sons on her own, though I seem to recall she offered the sofa. No, I wanted to find a cheap hotel and throw myself onto whatever lumpy bed would accommodate my aching bones.

Another trip by subway to a slightly shabby hostelry in a quiet neighborhood near the fashion district. And how was I going to book a room without a passport? Anne took charge of that—in rapid-fire French, explaining the situation to the concierge, waving her shapely arms and making it clear that no amount of shrugging would have any impact whatsoever on her.

I took her out for dinner nearby, not giving a damn by then if my Amex card exploded on impact with the check.

Having recovered my nerve the next day, I decided to brave the metro to Versailles. Which, of course, was closed, as I might have discovered had I been fearless enough to ask the concierge that morning. But there was a mini-train that took visitors around the grounds to admire the gardens and the fountains. That was lovely, but I did so want to see the Hall of Mirrors and Le Petit Trianon. I knew how Marie Antoinette must have felt after being told the pastry chef had completely run out of cake.

On Tuesday morning, getting a replacement passport and photos turned out to be less of an ordeal than anticipated. I made the flight with time to spare, and for a change slept the full eight hours to New York.

That was the last time I saw Paris. But not, fortunately, the last time I saw Anne. Three years later, a mutual friend curated a show of her buoyant sculptures in a ground-floor gallery on Lexington Avenue in Manhattan. The candy-colored “creatures,” neither animal nor vegetable, made from Ripstop fabric and kept aloft by fans, bounced around the room, gently nudging each other as if in a slow-motion ballet among benign but puffy extraterrestrials. At night, under gentle lights, this was one of the happiest shows in town.

I have followed Anne Ferrer’s career on Facebook and delighted in the photos of her works on paper and of her “billowing beauties.” She is, as they say, the real deal.