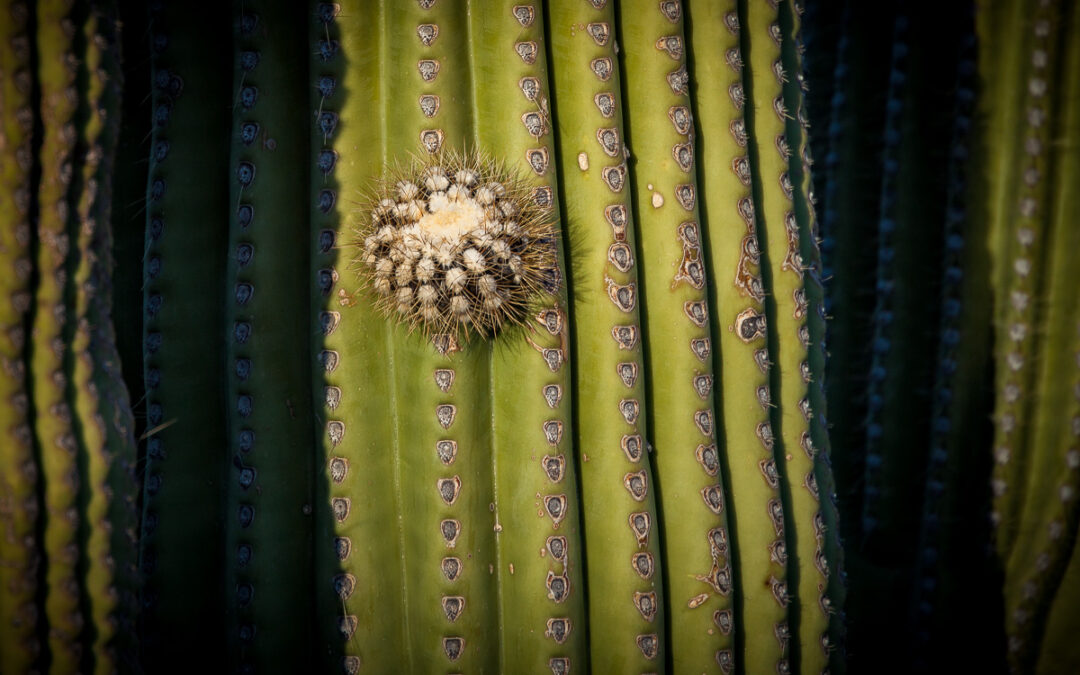 James Cowlin’s career as a landscape photographer began in 1978, when he was awarded the first fellowship for artists from the Arizona Commission on the Arts. The grant was for $5,000, and as he notes, “That was a lot of money in those days.” Since the funds could be used on any sort of project, he came up with the idea of a month-long backpacking trip down the Verde River in central Arizona, roughly 200 miles of trekking. “I spent 30 days hiking down this river all by myself, carrying a couple of medium-format cameras and lots of film. Once a week someone would meet me at some pre-designated spot to bring me food and a new supply of film.”

In the years since he has devoted himself to capturing the glorious landscapes west of the Rockies: Grand Canyon and Glacier national parks, the Colorado Plateau, and most recently—because of restrictions imposed by Covid-19—the wild grasses that surround his home in Oracle, AZ. “All my projects,” he says, “begin with a map. I was looking at this string of national parks going north to south, and I thought, ‘That’s interesting. I wonder how they’re connected.’ So I plotted a road trip and discovered they’re all on this one federal highway, US Route 89.”

Cowlin’s first notion was to publish a book of photos—he’d already been part of one on the Grand Canyon—but the rise of the Internet and the demise of coffee-table books led instead to a website (USRoute89.com), where you can read all about this historic roadway and see some of the artist’s work (a larger sampling is on his site, Jamescowlin.com).

Drawn to photography since childhood, Cowlin pursued an unusual course of studies. While working as a research assistant at Caesar-Sinai medical center in the late ‘70s, he took the Famous Photographers mail-order course—not as hokey an education as it sounds, since some of the bigger names in the field participated in critiques. “The one I remember for sure was the portrait photographer Philippe Halsman,” he says. “You did an assignment and sent it off and the ‘faculty’ would send back comments. I don’t think I actually finished the course, but I learned a lot.”

A second apprenticeship followed when Merrill Mahaffey, a respected painter of Western vistas, invited him participate in producing a portfolio called “The Arizona Landscape Project.” Cowlin’s role was to document the trip on film. “We would take off for a few days or a week and travel around the state. During the course of traveling with Merrill, I was documenting what he was painting and that transitioned into my own landscape photography. He was an amazing teacher.”

Of all Cowlin’s many projects, the one that most intrigued this writer was that dedicated to Saguaro National Park in southeastern Arizona, encompassing 92,000 acres and most notable for the homely assertive cacti for which it’s named. “It does look inhospitable,” he says, “but it’s one of the most verdant deserts in the world because of the two rainy seasons here, which create enormous crops of wildflowers.” One place in particular, called Signal Hill, is covered with petroglyphs, believed by archeologists to be solstice markers, made by ancient indigenous people. It’s a region where a wild and rocky terrain meets sudden bursts of color underneath soaring skies, and Cowlin has ably documented its unusual scrappy beauty. 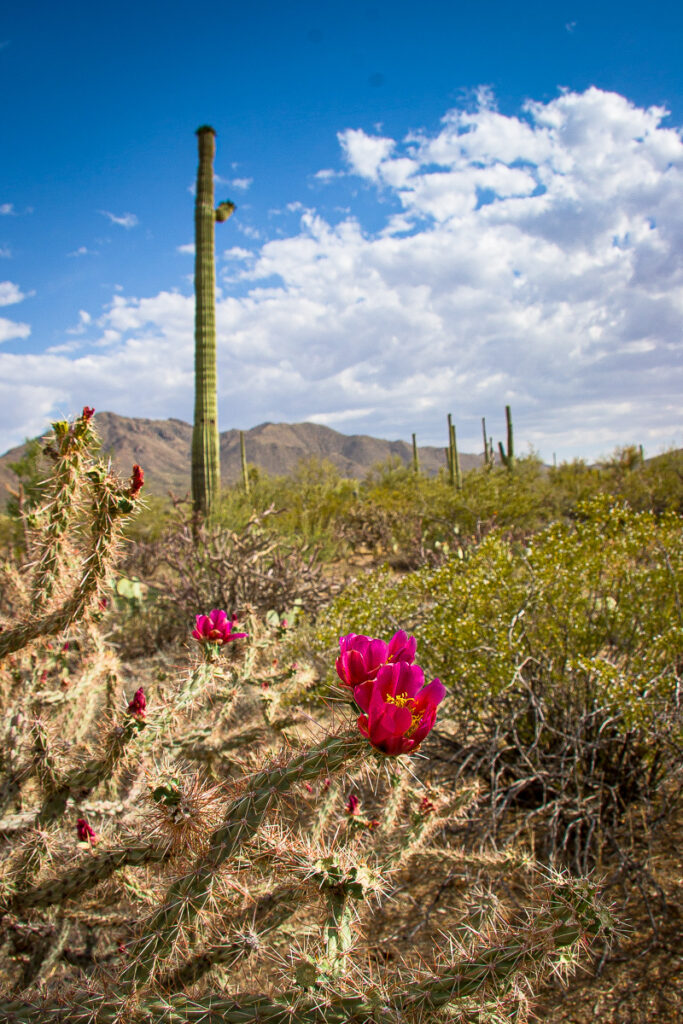 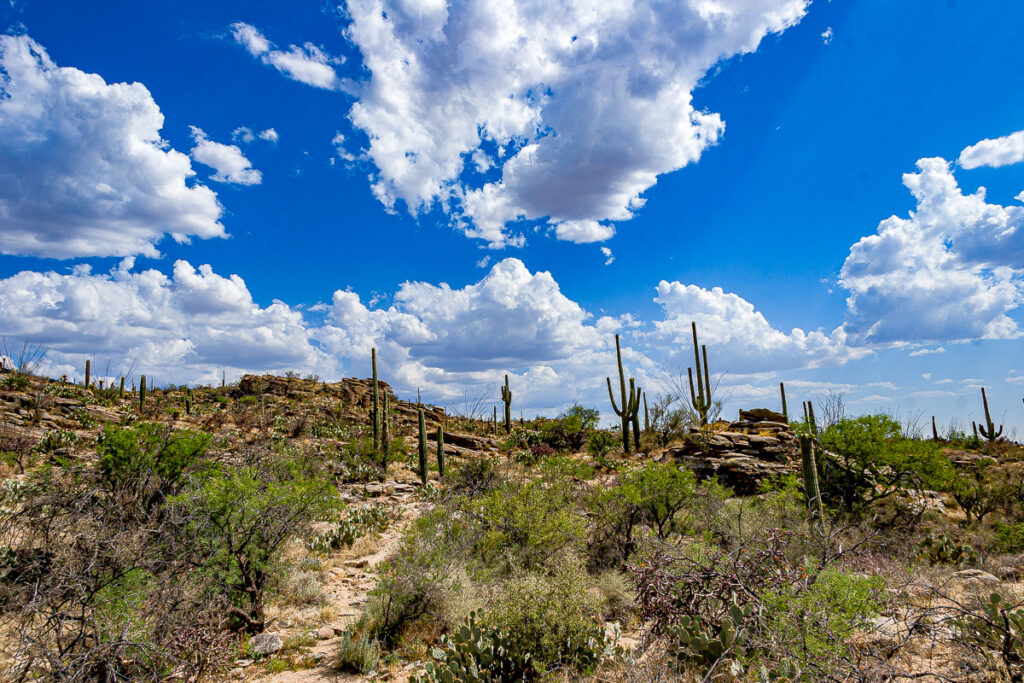 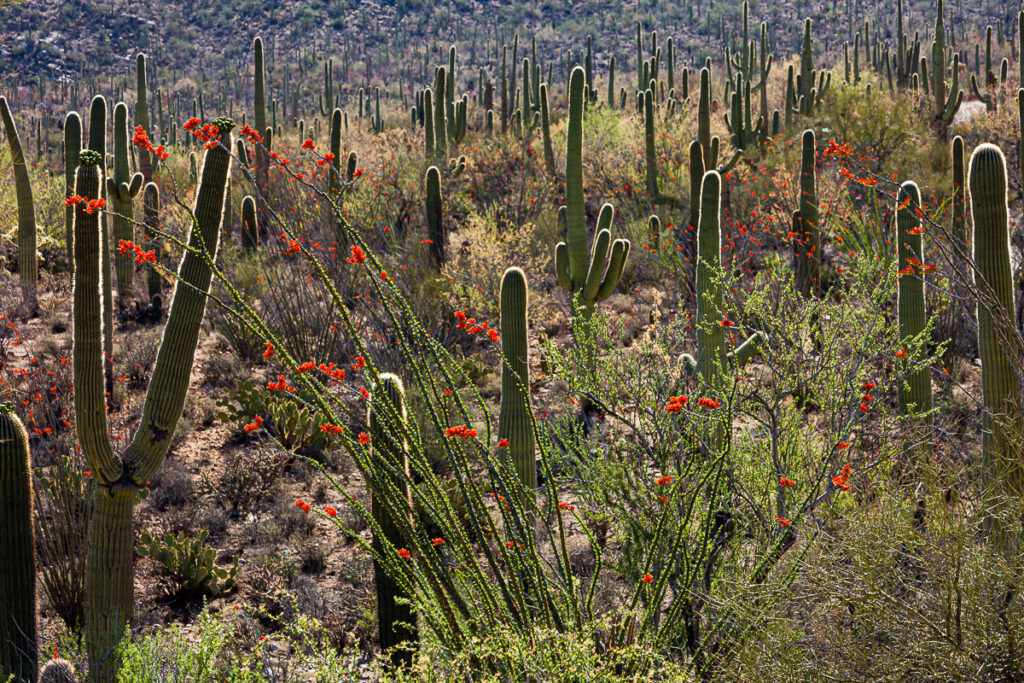 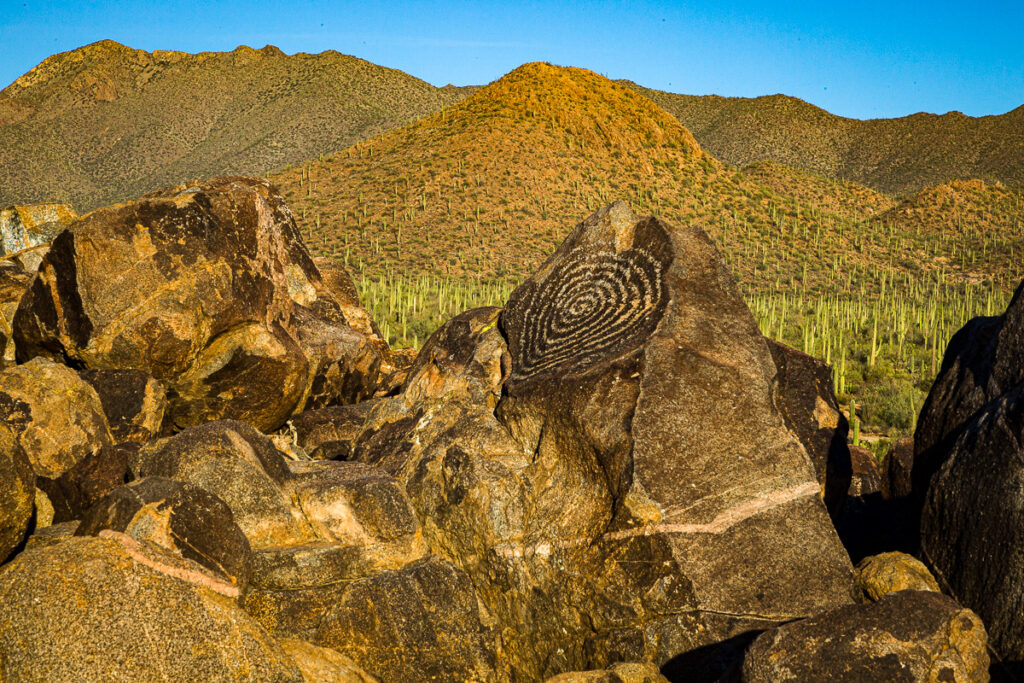 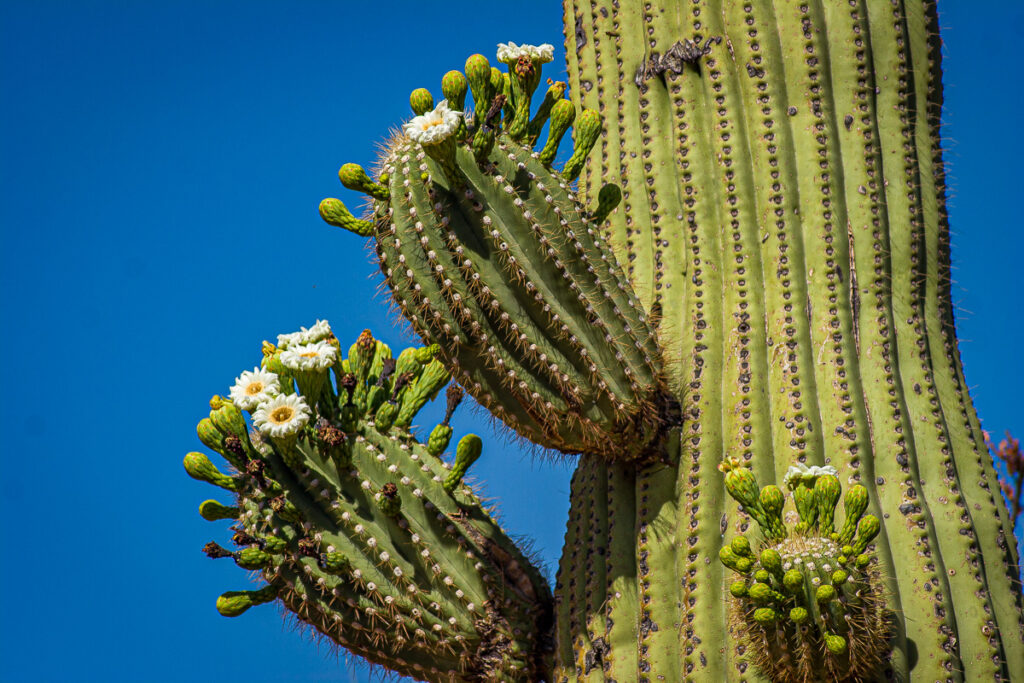 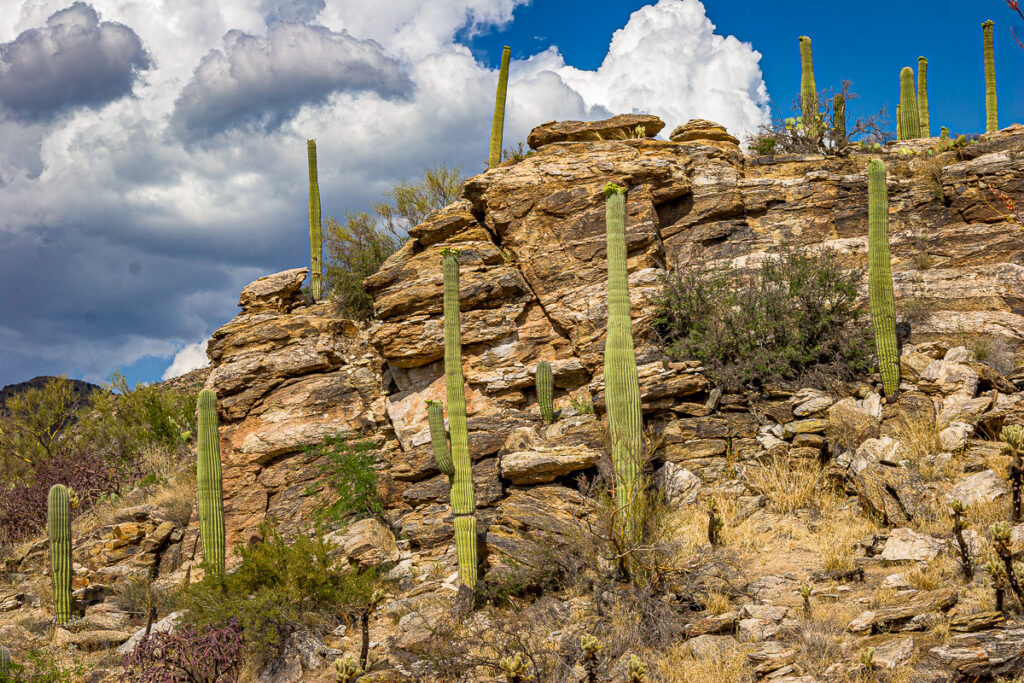 Saguaros on the Rocks