You Don't Have To Say You Love Me: Part One

Rejection is never easy, but artists face more of it than most

The artist known as Swoon, now in her late thirties, gained a reputation early in her career for evocative and beautifully crafted street art and for wacky performance pieces, like crashing the 2009 Venice Biennale in a boat made of recycled trash. She has also been actively involved with “slow-growth” communities in Pennsylvania, New Orleans, and Haiti, renovating derelict housing and offering hands-on learning opportunities for the disadvantaged. When a friend suggested that she would be the perfect candidate for inclusion at a prestigious global conference, Swoon filled out the application and easily made the first round of interviewing. But after a warm initial round of questions, the second interviews were a far different experience, impersonal and coldly corporate.

“I realized they had a very specific story, and they couldn’t fit me in,” says activist-artist Swoon.

When she got the rejection letter, Swoon had a flashback to adolescence: At a high-school dance, some older girls pulled her over and let her know in no uncertain terms that she was nowhere near as cool as she thought she was. Years later, her interviewers seemed to be making a similar charge: “You call yourself a community organizer?” they strongly implied. “You haven’t a clue what it’s all about.”

“I realized they had a very specific story, and they couldn’t fit me into that,” Swoon says. But the rejection stung nonetheless. “My emotional heart has a hard time,” especially because there was no way of getting feedback on why she’d been turned down. 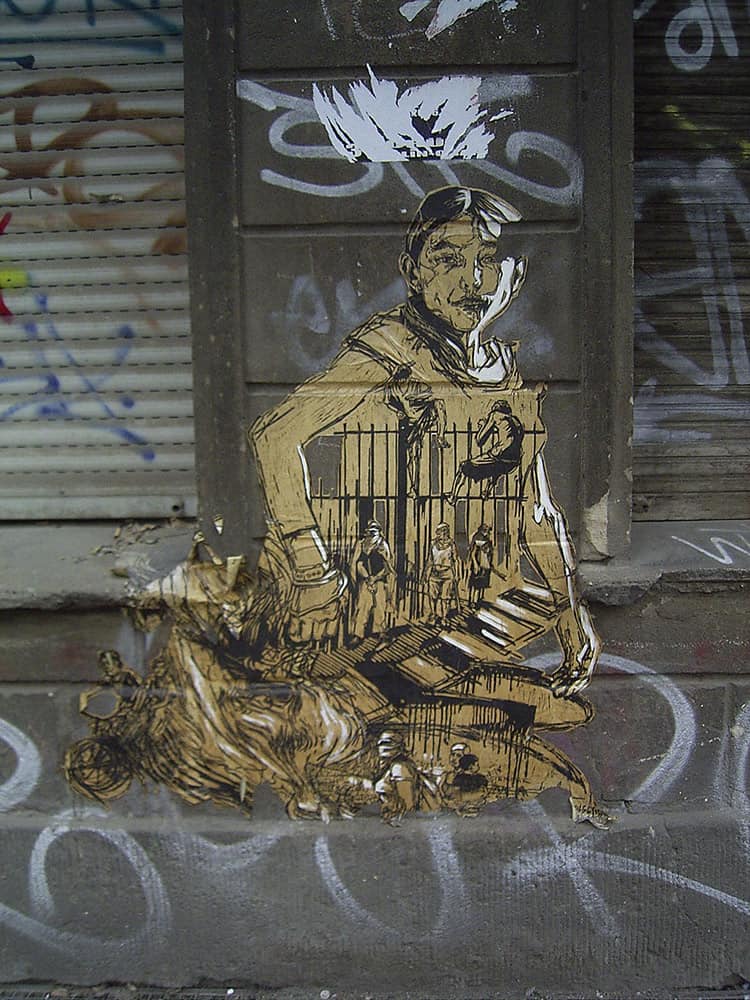 Rejection is, of course, part and parcel of everyone’s life, but for an artist it can come from so many fronts—art schools, dealers, collectors, reviewers, even the casual visitor to a show who passes right by your work without comment. Or worse leaves a snide comment in the visitor’s book. And it seems that no one, from superstars on down, is spared the sting at one point or another. Even Frank Stella suffered many a bad review in the course of his long career, and Jeff Koons almost went broke from the weak market for his work in the 1990s.

The discouragement can start at a young age, says sculptor Somers Randolph, who lives and works in Santa Fe. “When I taught in the early 1980s, each class had someone coming in and saying, ‘I don’t, I can’t.’ Anywhere from third to eighth grade, they had a teacher who said, ‘You’ll never be an artist.’ I know a lot of people who never became artists because they are afraid of being judged and rejected.” 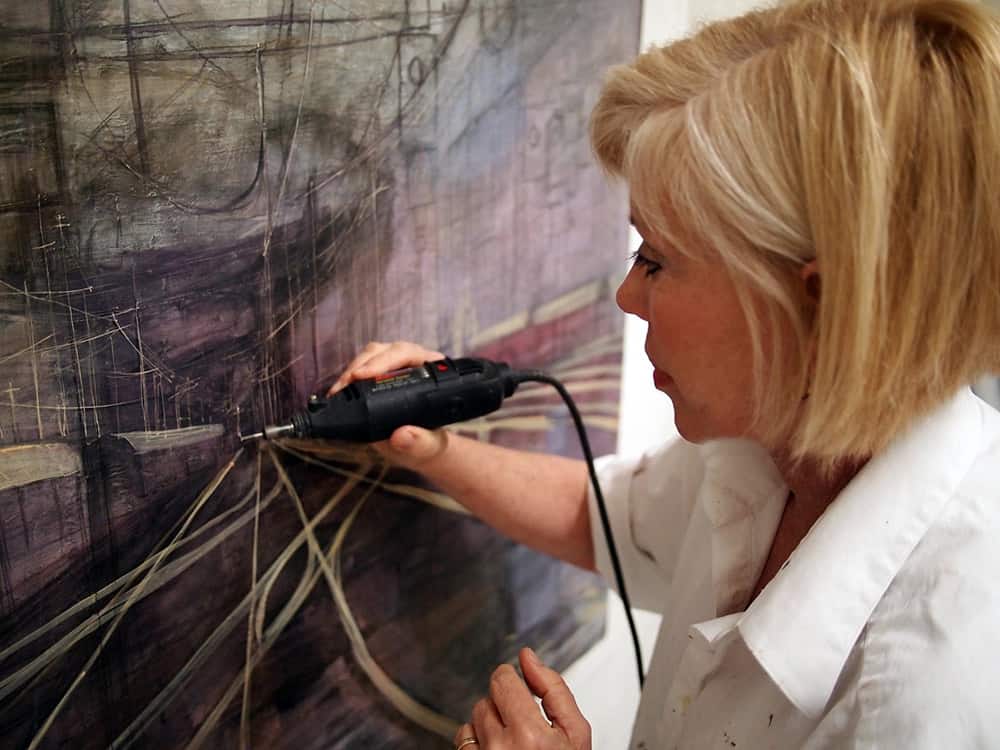 The going may not get any easier later, even after you’ve decided on this difficult vocation and made it into the groves of higher learning. When Karen Jilly’s husband accepted a job offer in Arizona, the artist was a mother of two and finishing up her MFA at California State in Long Beach. She discovered that Arizona State’s graduate program would accept only eight of her 48 credits, which essentially meant starting almost from scratch to complete a degree. “It was not a rejection per se,” Jilly says, “but it felt like one. I never even had the opportunity to show them my work, but that was the rule, and I couldn’t wrap my head around it. I felt like I had a broken leg.”

“I know a lot of people who never became artists because they were afraid of being judged and rejected.”

“I had transferred from the San Francisco Art Institute to Mills College because it had a better endowment,” recalls Lanny DeVuono, whose show at the Denver Museum of Contemporary Art will be up through June 12. “I got some funding, but I had applied for extra funding. I remember being so disappointed and talking to Ron Nagel, who was then teaching there, and Ron said, Let me tell you what I didn’t get….This was early in my career and I didn’t understand the ten thousand things that can make up a rejection.” 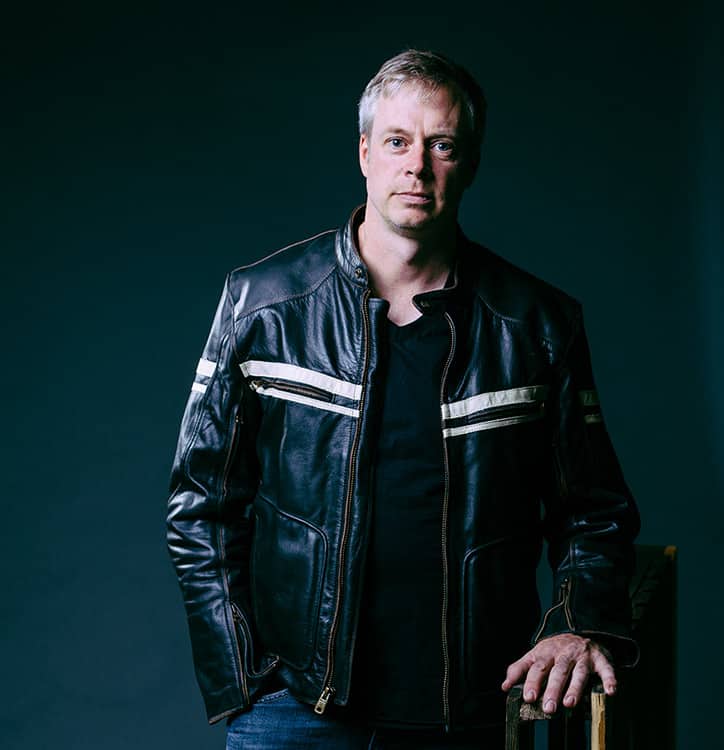 “When I used to teach,” says Brian McCutcheon, a conceptual artist in Indianapolis who has won numerous grants and awards but has also experienced his share of rebuffs, “my advice to students was, develop ‘rhino skin’ because there is always more rejection than success.”

Early in one’s career, rejection is to be expected, unless you’re working with co-op galleries or showing privately with friends (which is not a bad way to get your feet wet).  “When I had my first studio, during a recession a couple of decades ago, I started putting all my rejection letters into a folder I called the X File,” says Angela White, a painter based in Rockville, MD. “That made me feel better, because there was at least some form of communication going on, and I could tell myself that I was making a strong effort to share my work.” 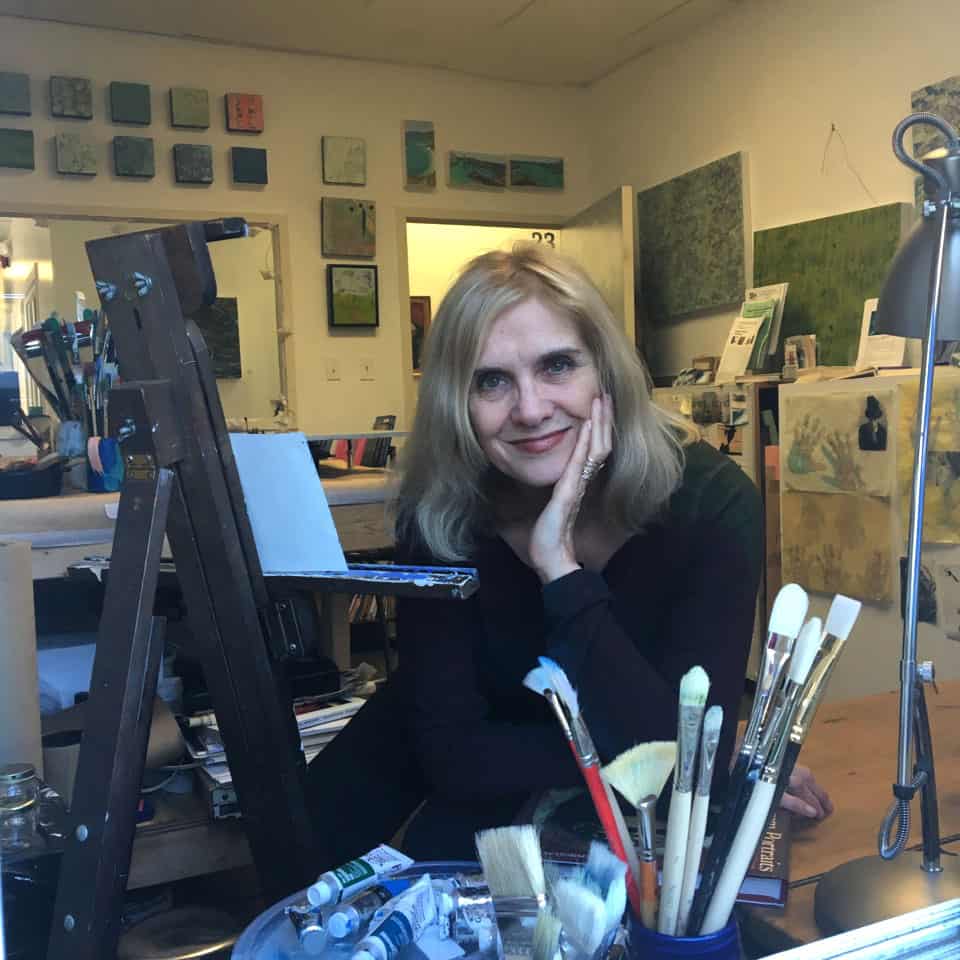 Angela White started an “X File” of rejections from dealers

When she first began sending out submissions to “open call” exhibitions, Lorrie Fredette was bewildered as to why her work didn’t make the final cut. In time, she says, “I came to understand that ‘open call’ is not personal. There had been 500 submissions for one I entered, and I learned that the juror for that particular show was looking at three images per artist and the pressure to make that a cohesive exhibition was huge.” Many artists will enter if there’s a renowned juror on the panel, and that made her wonder if any favoritism could be involved. “I asked one well-known critic who was on the jury for a show in which I was accepted if he followed specific artists, and he said no. That made me feel better.” Eventually Fredette became more discriminating about which shows she entered. “I started looking at the criteria to decide if I was going to do this. Was there an award? Was there a catalogue?” she asked herself. “I had to be discerning about where I made applications.” In a two-year period she went from “juried shows to being asked to be in shows.”

“When I was in my twenties and thirties,” says Nancy Manter, a painter and photographer who divides her time between New York and Maine, “rejection was often taken as a failure, artistically, professionally, or even personally. I was not seasoned, and every opportunity and reward seemed so cut-throat and competitive. Since then, I have tempered my reactions. Over the years, things don’t seem so dire. I still get rejections, but I like to look on them as opportunities to learn something. Did I follow the application guidelines? Were the images as good as they could have been? Was I not a good fit for the gallery, the show, the award?” 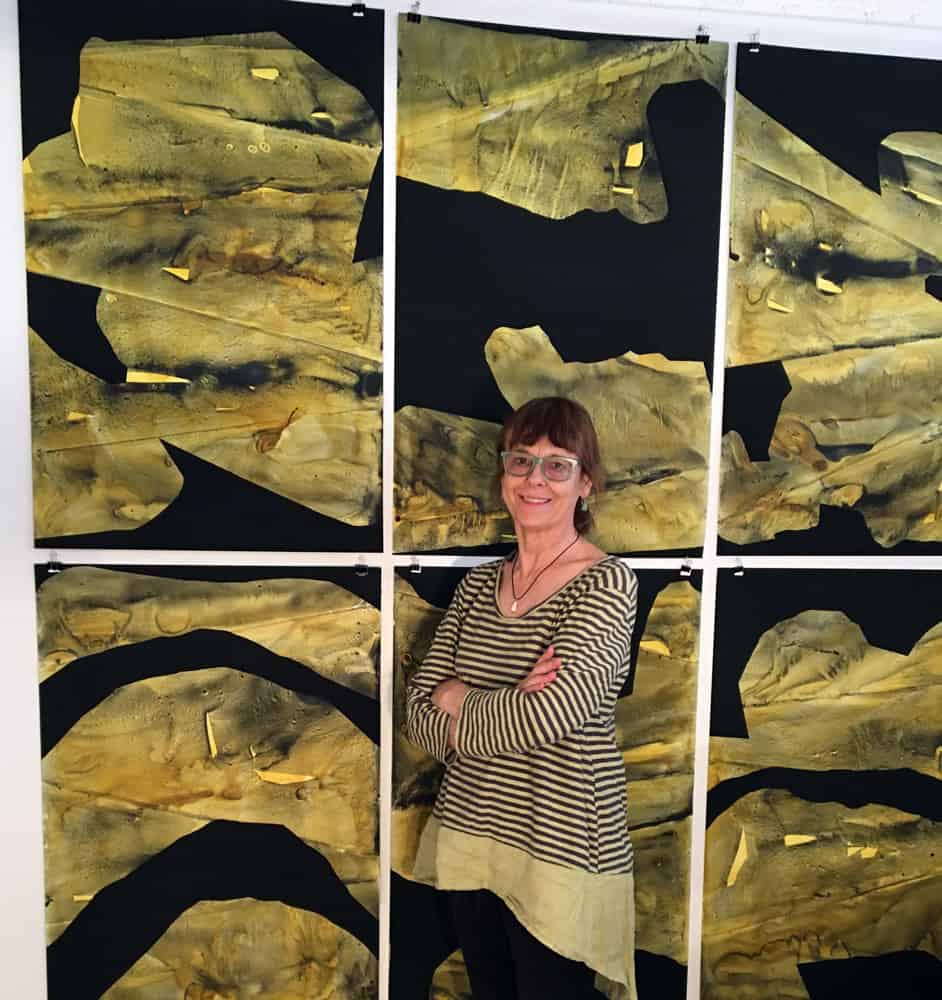 Nancy Manter finds that age has its consolations.

Losing out on grants can be a particularly frustrating experience because it’s well nigh impossible to find out anything about the selection process. “I do apply for grants and I get turned down, and that’s hard for me to take,” says Fredette. “I fall into the category of fiscal need so I’ve put in for the Pollock-Krasner, the New York Foundation for the Arts, and a few smaller grants. I get turned down, and I never know why. You simply can’t get feedback.”

“I’ve sat on juries before for grants, and so I know how these things work,” says DeVuono. “There’s a bunch of people looking at a bunch of work, and there’s far more good work than can be funded or rewarded.

“I was once at a dinner party,” continues DeVuono, “and I overheard a woman say about her work, ‘Oh, I used to be in the arts, but then I discovered I wasn’t going to be tops, so I decided to become a lawyer.’ I don’t know that there are necessarily certain attributes that tell you whether your work is going to be significant at any stage of your career. You simply have to keep being serious about what you create.”

Next week: When the rejection feels personal, and coping strategies.