Advice on snagging a museum's attention

In the world of museum exhibitions and gallery shows, the curator seems like the Wizard of Oz, the behind-the-scenes magician who pulls it all together and leads us Munchkins down a yellow brick road toward some kind of enlightenment, or at least visual pleasure. If you’re an artist in search of museum recognition, this is the person whose attention you want to capture, but how curators operate differs widely from one institution to another. And how a show comes together is equally varied. Some scholarly exhibitions, like those recently devoted to Picasso’s sculpture at MoMA or to Vigée Le Brun at the Met, are years in the making; others, in smaller museums or commercial galleries, can coalesce in a few weeks or months. 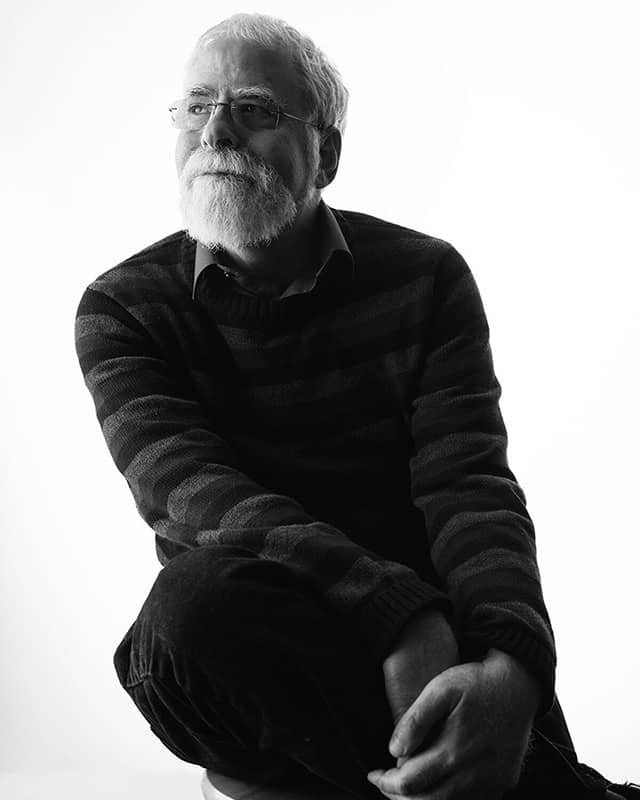 David Rubin relies on the art he sees “out and about” to help determine shows.

Curators get their mandates from institutions, of course—to make better use of a permanent collection, for example, or to honor the gift of a big donor. But independent curators, and many of those on the museum payroll, come up with their own ideas that lead to one-person or theme-based shows. In his years as a curator in San Antonio, Cleveland, and New Orleans, David Rubin says, “My whole philosophy came from the art that I see out and about”—at art fairs, during studio visits, even from email inquiries. When he was a curator at the San Antonio Museum of Art, for example, Rubin noticed a great Frank Stella painting from 1968, Double Scramble, in the permanent collection. That started him thinking about Stella’s influence and the still-vital impulse in psychedelic art. “I mixed San Antonio artists with those from all over.” The final upshot was a widely noticed exhibition at the museum, “Psychedelic: Optical and Visionary Art since the 1960s,” and a best-selling catalogue.

Rubin, who is now an independent curator and writer, says he was always asking himself, “Is this art accomplished enough? Is it exciting enough? I’m not going to show something that doesn’t appeal to the museum’s audience. And if you realize you’re not reaching the minority population, you might be more pro-active about finding art that appeals to that audience.”

Networking and outreach are a big part of the curator’s job, especially in dealing with contemporary art. Howard Fox, who enjoyed a 30-year career with the Hirshhorn Museum and Sculpture Garden and the Los Angeles County Museum of Art, now organizes shows as an independent curator in Los Angeles. He was recently approached by the Craft and Folk Art Museum in L.A. to do an exhibition of artists whose primary medium was paper, and brought it off in eight months. “I had only heard of three artists before I started research,” he recalls. “I asked the artists I knew. I called a colleague, who gave me about ten names. I allowed the exhibition to formulate itself, and I did my homework—a lot of Internet investigation, followed up by studio visits.”

How Do I Get Noticed?

Before you do any sort of outreach, do some groundwork. Almost every curator interviewed stressed the importance of understanding the institution’s goals and programs. If a museum or art center focuses only on local artists, and you’re in New York, there’s no point writing to a curator in Montana. “Many artists who contact us have not even looked at our exhibitions history,” says Holly Jerger, exhibitions curator at the Folk Art and Craft Museum in L.A. “Visit the museum’s website a number of times to see if your work fits that mandate.” If possible, try to understand a curator’s sensibilities. “I have encyclopedic tastes, but I definitely have a bias toward abstract art, and I love those that deal with materials and processes,” says Mary Birmingham, who oversees the Visual Arts Center in Summit, NJ.

A propos of unsolicited proposals, most curators say, Forget about it. But almost all will consider email approaches. When he was at the Hirshhorn in the 1970s and ‘80s as a “cub curator,” Fox says that he would regularly go through the gallery announcements placed in a wicker basket in the museum’s library. “I would look at every card that was in there,” he recalls. Nowadays, of course, it’s all via the web. “I open all my emails,” he says. “I won’t do a studio visit of every artist who contacts me, but I’m interested in whatever’s going on in greater L.A. I do the courtesy of at least going to an artist’s site and looking at the work posted there.”

Many other curators are also fine with emails. “I won’t necessarily look that day,” says Nora Abrams, curator at the Museum of Contemporary Art in Denver. “but I will get around to it.” Birmingham adds, “I really love hearing from people, and I love to see new art, even from people I don’t know, as long as people don’t expect an answer for everything.” Her advice is to embed or attach an image or two and add a website link in your initial approach, but make sure your site is up to speed. “It’s a deal breaker if your website irritates me.” Among those irritants: poorly written artist statements, or “if you can’t stop a slide show or download an image.”

“When you’re in a full-time position, it’s hard to get away for studio visits,” says David Rubin. “You’re usually dealing with a lot of administrative stuff, but doing studio visits was still my favorite part of the job. I took any opportunity to get to know the artists in my community.” Others, more typically independent curators and consultants, have a greater luxury to look. “I still do studio visits, even in retirement,” says Fox. “It’s the most important part of curating contemporary art. You get to see the work being made, you get to see the ambitions and aspirations of the artist. It’s like a microbiologist or astrophysicist using high-tech instruments.”

William Moreno, who has worked in museum management and developed curatorial programs, has just launched an independent art agency in Los Angeles, and does consultations (i.e., studio visits) for a fee. “Typically artists will ask about commercial possibilities and ask for some feedback on the work. I am not in the business of representing artists, but I can give ideas about gallerists or museum people that might be interested in the work in the future.” (Beware, though, the “adviser” with a minimal art background who charges a monstrous amount to look at your work and in return gives you the names of ten dealers.

For photographers, meeting with curators can be done through specialized art fairs. “I go to Fotofest in Houston or Photolucida in Portland,” says Kate Ware, curator of photography at the New Mexico Museum of Art in Santa Fe. These large-scale gatherings invite curators out and ask artists to apply to be in portfolio reviews. “I’ll see ten people in a day, each for about 20 minutes. When that 20 minutes is up, I’ll move on to the next. As wild as it is, it does help artists develop relationships over time. The down side is that artists have to pay a fee.”

Short of email blasts or an in-person visit from a curator, social media offer perhaps the best way to connect. It sounds insanely simple, but after you’ve researched museums and identified curators, “friend” them on Facebook. As recounted in an earlier feature, Mary Birmingham found artist Joanne Mattera on FB and invited her to co-curate a show. “Every curator has to use the Internet,” says Abrams of the Denver MCA. “I follow other curators, other artists, other galleries. There’s a loose link of this leads to that. These are idiosyncratic webs that we build and nurture.” 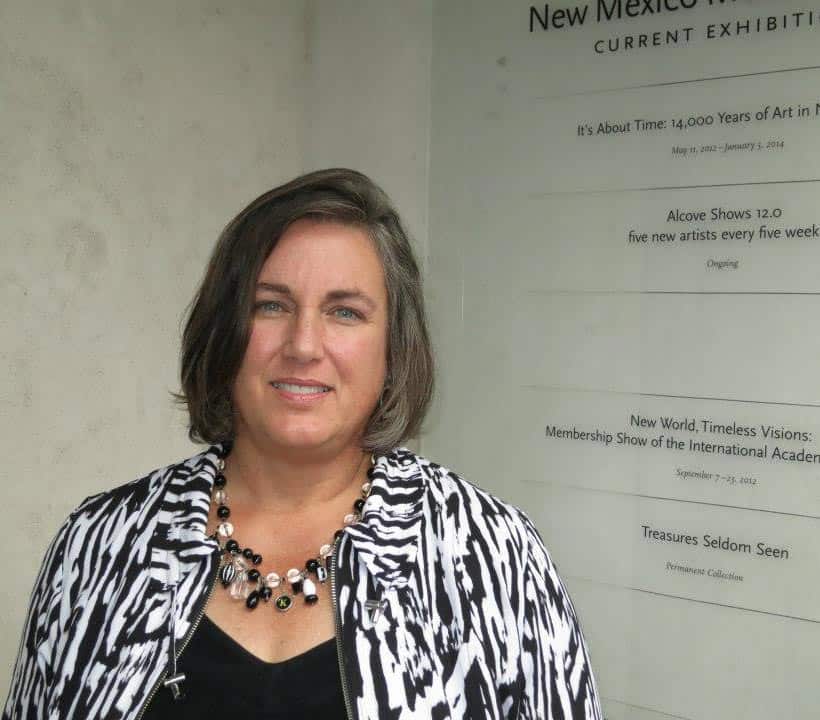 “I’ll put out a call on Facebook [about a show],” says Ware, who did just that with “Fire Season,” an exhibition at the museum of photographs that captured burning landscapes, both controlled and out of control, and about regeneration after the fire.

Instagram is popular with many. Jill Moniz, who works independently for galleries and museums, both looks at work sent to her and sends out her own images, ones that she finds “beautiful or intriguing.” The exchanges become a way of cementing a bond through visuals. 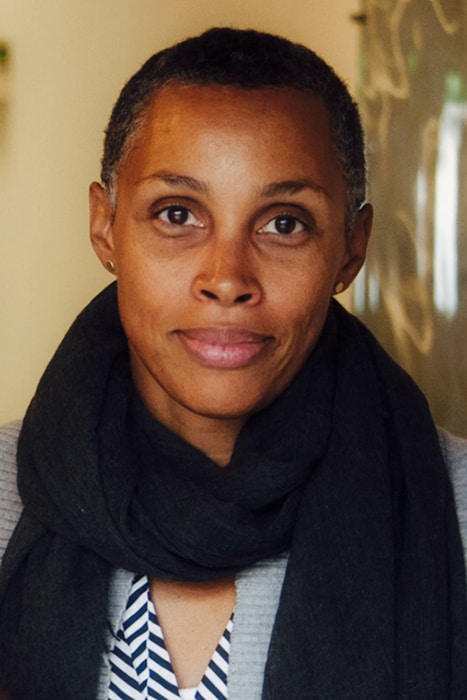 L.A. curator Jill Moniz is a fan of Instagram.

Moniz says she also welcomes the face-to-face encounter. “I have a certain look, and I stand out,” she says. “The more you get out and see the curator and what shows the curators have put together, both independent and institutional, the more you can have a conversation with that person.” A recommended approach? Just say, “I completely understand the show you had at X gallery, and was intrigued and would like to introduce myself.”

Others, though, quake at the thought of being confronted so brashly. Holly Jerger says openings are way too busy a place for introductions. “To ask a staff member to try to find me is an intrusion. Better to try to find a more specific time.”

Above all, be your own best agent. “Get involved with juried shows, go to openings,” says Moreno. “I’m a big believer in relationships.” Adds Abrams, “Get into as many group shows as you can. Get the work out there so it can be seen. The best way to get the attention of museums and curators is through your network of artists. A lot of people I work with come from some sort of relationship with other artists. Artists are tremendous activists for one another.”

“It’s a dirty little secret that curators need art,” concludes Birmingham. “And artists are going to make art no matter what.”