When I was writing regularly for ARTnews and the Wall Street Journal, I checked into Facebook only sporadically, usually when I was in the middle of transcribing a dull interview or blocked in writing a story. It was a mildly engaging way to keep up with a journalist friend’s interior-decorating project, or read Jerry Saltz’s latest rant, or find out what an art historian buddy had for lunch in Rome. But it wasn’t a regular part of my daily routine.

Then, when I launched the campaign to fund Vasari21 and began building the site itself, I found myself, in just a few months, with scores of new artist friends, whose posts began appearing regularly on my news feed (and I’m still not completely sure how this works). These were usually about shows or new work, and much as I enjoyed seeing and keeping up, I also wondered, What’s the point? Of course your friends are going to say they love what you’re doing and will try to attend the opening, but beyond those pleasantries, what good was all this outreach?

As it turns out, when I interviewed about a dozen Vasari21 supporters, social media—especially Facebook and Instagram—offer all kinds of ways to connect, promote, intrigue, seduce, and get the word out about your work, your life, and your passions. Here are some common-sense tips and rules. 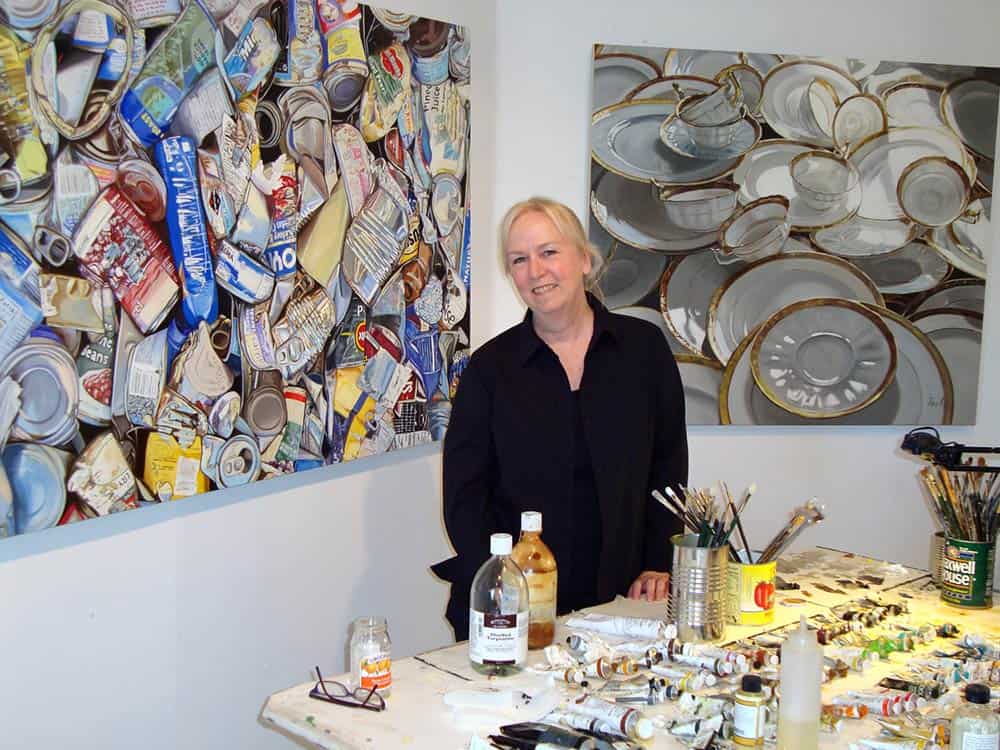 Leslie Parke in her studio.

This is the most obvious, of course, but “it has to start with whom you ‘friend,’” says Leslie Parke. “I was very conscious about reaching out to artists, critics, and collectors and making my own community.” In areas where artists are separated by urban sprawl, Facebook in particular provides a way of staying in touch. “Los Angeles is just so big,” says Tm Gratowski, who is based there. “Facebook becomes the social artists’ bulletin board, in which we can all gather for a moment and see who’s interested in what, what shows are intriguing—even though it may be months before I see someone in person.”

“You can only go to so many shows and openings,” says Fran Shalom. “But so often I’ll go to an opening in New York and I’ll find I know people from Facebook. I will message people privately if I see a show I like because I don’t always want to post publicly.” Privately is also a way to air grievances. More that one artist said she would message a Facebook friend if she felt she was being treated badly by a collector or a dealer, and try to get the scoop, or advice, from others.

Connect Across Continents and Oceans

Instagram, in particular, which sends out and receives a stream of images, “is about visual information,” says Andrew John Cecil, an artist in Roswell, New Mexico. “You click on the image and you can pull up text. It’s like the didactic panels you encounter in museums.” And, in fact, more and more museums are tuning in to Instagram, as are artists internationally. “Someone in New Mexico can view art by someone in Afghanistan. Those are pathways you wouldn’t otherwise have.”

Crawl out of Your Shell

“I’ve been able to become friends with people I’d ordinarily be too shy about approaching,” says Parke. “And as someone who has chosen to live a very rural life, social media allows me to keep up with what’s going on in other communities.” There have been legions of artists throughout history who are reclusive or misfits or uncomfortable in social situations. One wonders what Joseph Cornell might have posted on Instagram, or how Cézanne could have documented his views of Mt. Sainte Victoire on Facebook is his final isolated years in Aix.

Pick Up Where You Left Off

When she lived in Florida for three years, Maureen McQuillan drifted away from the Facebook habit. “But when I came back to New York, it was so helpful to catch up with everybody,” she says. “Instantly you’re back in the stream of things.” 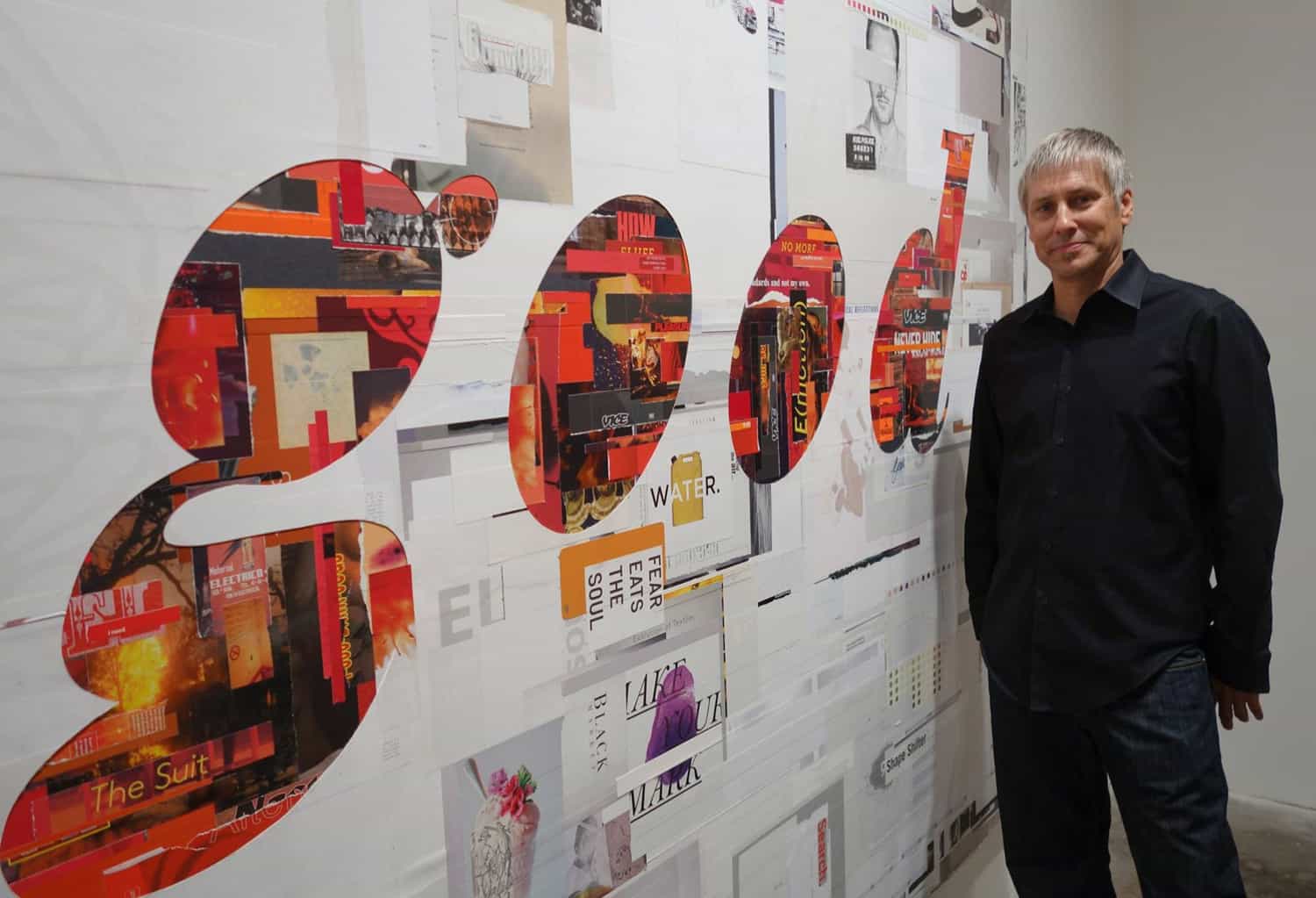 By having work out there on many different platforms—Facebook, Instagram, Pinterest—you alert followers and newcomers to what makes your work truly your work. “By posting a an image of a painting or a sculpture or an installation, there’s an opportunity to get something in front of people instantly,” says Gratkowski. “Everyone is looking to build an audience, and this is a quick way to do it. You want to have a kind of visual branding, but you’re also looking for people who may not have a connection to the art world. They’re looking for things, too. And their network communicates to other networks. It’s like the expanding ripples in a pond, which might fade at a certain distance, and so you have to throw another stone, and then another.”

When Valeri Larko, a plein-air painter who finds the quirky beauty in scenes of urban blight, was at work at a site in the Bronx, she met a graffiti artist named Ram (his “tag” name) who showed her how to use Instagram. Later, in the midst of working on a painting called Top Dollar, an abandoned cabin cruiser mysteriously appeared in the scrap yard where she had been setting up her easel. Another graffiti artist, Saet, asked if he could do some images on the side of the boat and if she’d add those to her canvas. Larko documented, scene-by-scene, the progression of the work, including the appearance of the boat, and then the boat with Saet’s wild balloonlike lettering. Followers could see the work in progress and, from a distance, participate in her decisions. “It became a kind of visual blog,” she says.

“I’m a process-based studio,” says Gratkowski, “so I always want to show things in progress. But I don’t want to give it all away. You’re just revealing a little bit along the way [on Facebook or Instagram], getting people involved in the process. I keep stringing them along. If you show the finished product, they might decide they don’t want to see the show. You’re trying to pique people’s curiosity so they will want to see the final version.” A.J. Dungan, who lives and works in upstate New York, also tells of a painter friend, Andrew Salgado, who does large paintings, maybe six by eight feet, “but shows only small snippets, perhaps a foot square” on social media, just to whet his followers’ appetite

There are innumerable artist groups on Facebook—from entrepreneurial networks to figurative sculptors to dedicated calligraphers to heirs of the Abstract Expressionist tradition. “I belong to several national and international sculpture groups, just to get a feel for the pulse,” says Cecil. “I may run across an artist in India or Japan who’s making wonderful work. Social media give me entrance into a world that 20 years ago was inaccessible to me. You pick up contemporary social currents, and also what’s happening in popular culture.” 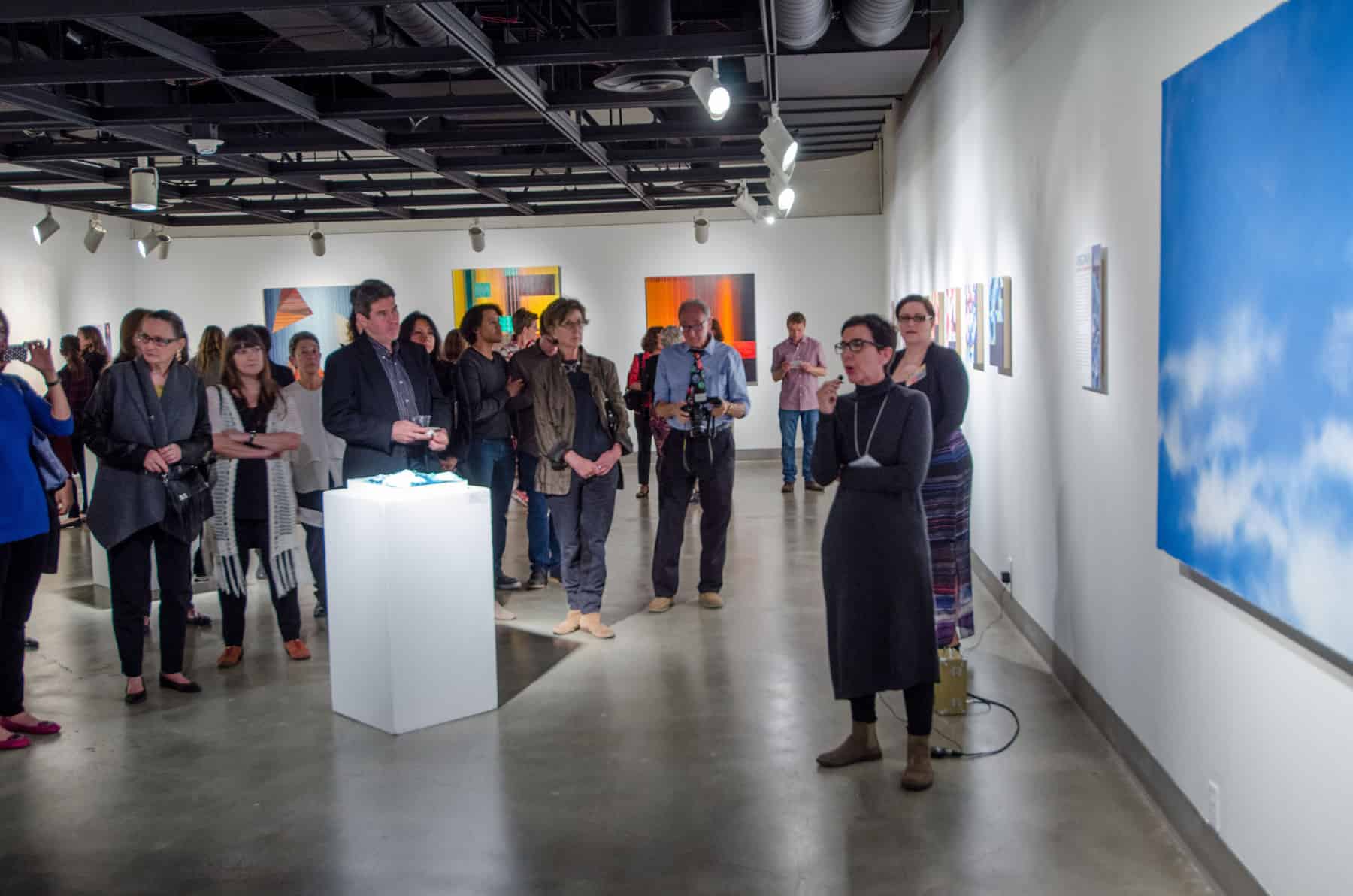 Virginia Katz talks about her painting Into the Deep. Social media connects her with hundreds more admirers.

Bianca Jagger friended me,” says Parke, with some astonishment. “She messaged me and said, ‘I look forward to seeing more of your work.’” Virginia Katz made contact with a freelance curator, Patricia Lea Watts, and is now in a traveling exhibition that will hit different parts of the country over the next three years. A dealer in Seattle also saw her work and invited her to be in a show. Walter Maciel, of the gallery by the same name in Los Angeles, “stumbled across an image that I’d posted on Facebook and commented on it,” says Gratkowski. “I then invited him to my studio, and I used that as an opportunity to start a conversation.” Joanne Mattera says that the curator of the Visual Arts Center of New Jersey, Mary Birmingham, found her on Facebook three years ago and emailed her to help co-curate a show called “Textility,” about painters who reference textiles in their work. “You never know what the benefits will be,” says Larko. “The senior editor of New Jersey Monthly came to see my show, and a few weeks later wrote a story about my work.”

But, Above All, Don’t Push It

“I always try to be respectful. I try not to hound people,” says Larko. “There are some simple rules that apply, whether you’re on Facebook or in real life,” adds Katz. “I would not go into a gallery and start talking up a dealer. That’s not the way you find a curator or a suppporter or a collector.” And, concludes painter Christopher Benson, “you have to let go of looking for an advantage. The minute you start hawking your wares, you lose your audience.”

The variety of outlets—Facebook, Pinterest, Instagram, Twitter, and LinkedIn—will be bewildering to the novice. If you’re new to social media, have a savvy friend guide you gently into the fray, preferably when you’re both in front the computer, and take it slowly. Unless you fall down the rabbit hole, this need not become a major part of your day, just a handy tool for connecting. One big advantage is that most of this will not cost you a dime, and the travelers you meet along the way may become invaluable—whether it’s a dealer in an upscale gallery, a collector in Hong Kong, or a graffiti artist in a junkyard.