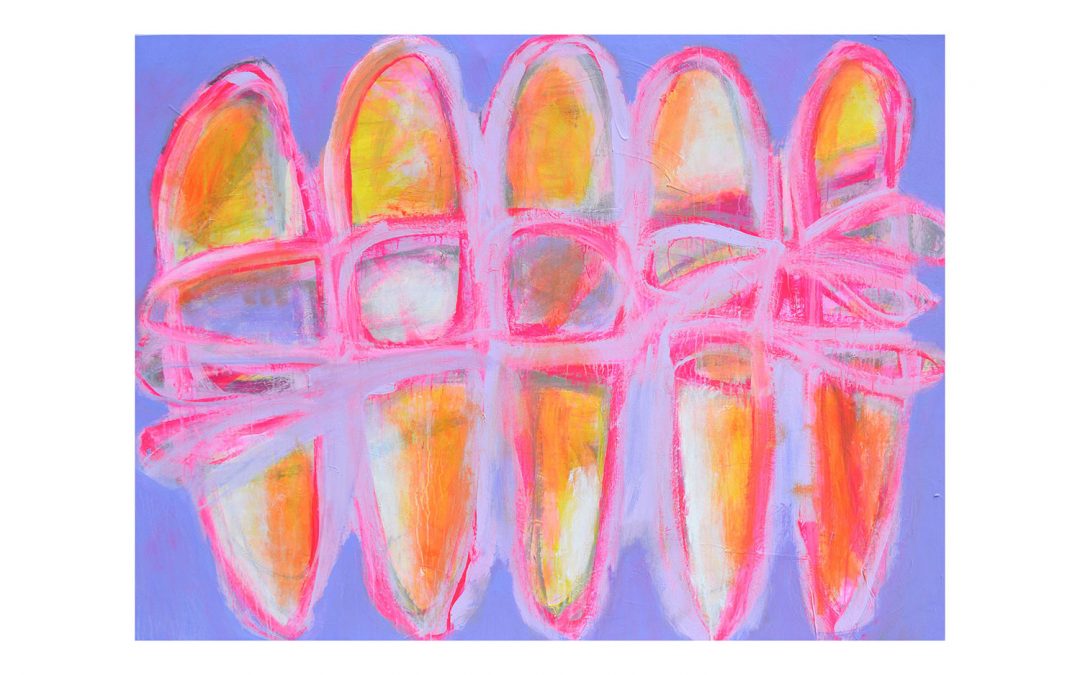 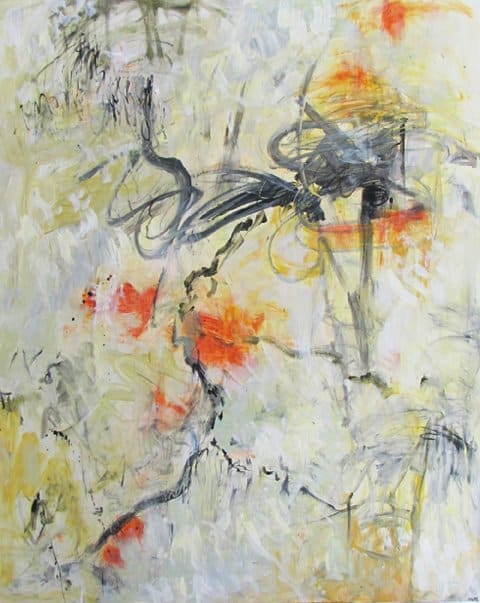 Raised in south Florida, Brenda Zappitell studied dance from the time she was three through high school, but seemed inevitably destined for a career as a lawyer. “I come from a family of lawyers and after getting my degree from the University of Miami, where my dad went to school, I worked for his firm for about five years.” But, on a whim during her first year as a practicing attorney, she took a class at the Boca Raton Museum of Art, and “was hooked from day one,” as she puts it. “I loved color, and I loved making something from almost nothing.” 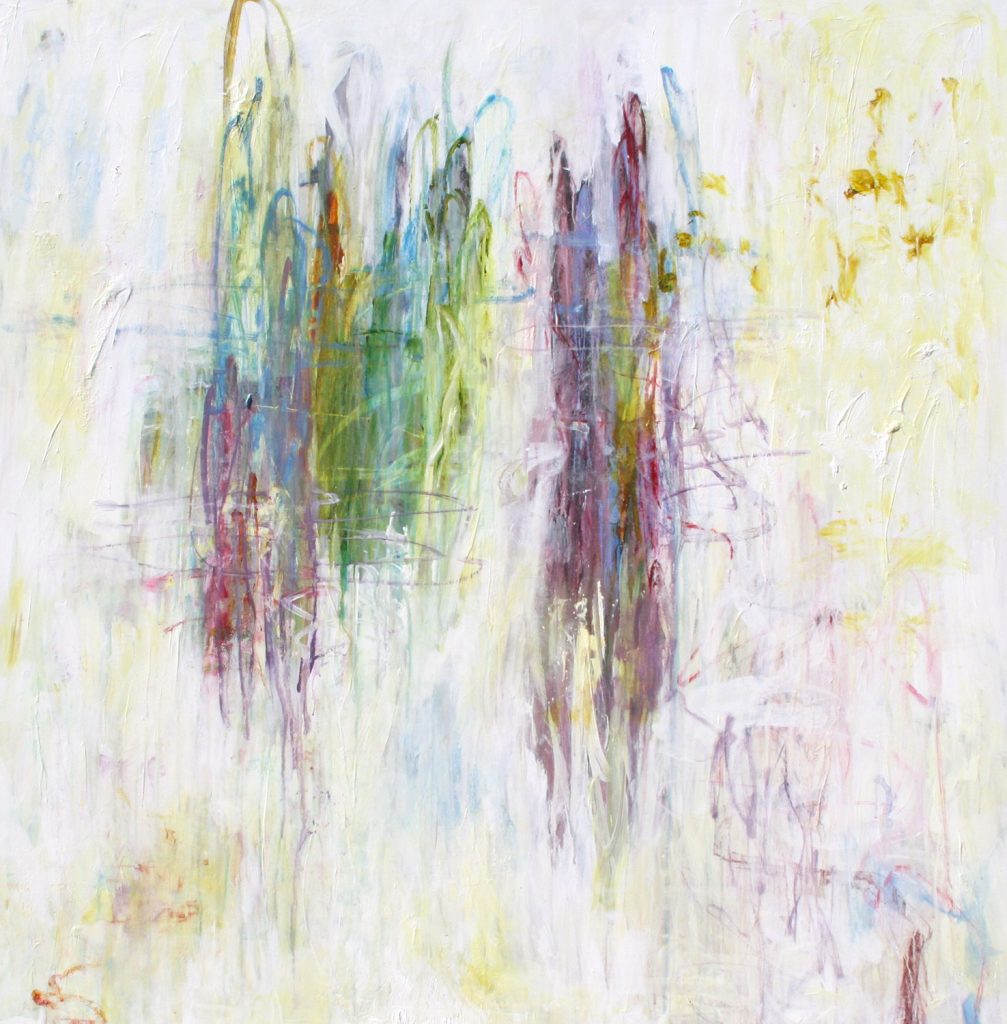 For about six years, she took classes at the museum school and discovered a love of figurative drawing, but it was not until she moved to Santa Fe, NM, in 2005 that she found her voice as a full-blown abstract expressionist. By then she had a husband, David, a lawyer, and three young kids,  “We wanted a slower pace for our children, and a natural environment that offered more opportunities for outdoor activities,” she says. “We’d taken a trip there about ten years earlier and continued to return for vacations. Eventually we bought a house and decided to move.” 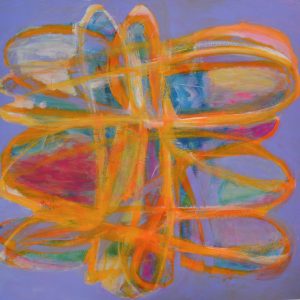 She credits her six years in the Southwest with influencing her direction as a painter. “The wide open spaces really do open your perspective as an artist.” It’s an enchanting place to live, she notes, but after a time, the family returned to Florida, to Delray Beach. “My kids wanted a different school and environment,” she notes and though her children are now almost all grown—the oldest is 22, the youngest 15—family life has decidedly been the mainstay of her existence. “They are an inspiration, and my creativity is much fuller as a result of having children. My family came first, before I dedicated myself to art. I don’t know how to live any other way. 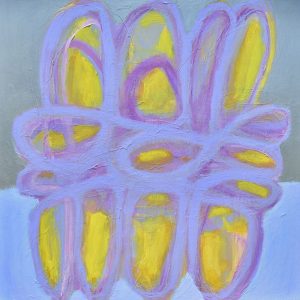 “For an abstract painter,” she continues, “I am very scheduled. I work from eight to three, and then I pick up my daughter from school. I’m very regimented and treat my practice like a regular job, but I’m able to go in the studio and focus on what I need to do.”

Since returning to Florida, her canvases have bloomed with rich tropical hues—hot pink and orange, vibrant lime green, and the dazzling range of maritime blues and greens that have seduced visitors to the state’s fabled beaches. You might also find suggestions of the region’s lush vegetation, but guiding all that color and brushwork are a dancer’s expressive gestures, as though the fluid movements of her childhood are now translated as an adult into paint on canvas. 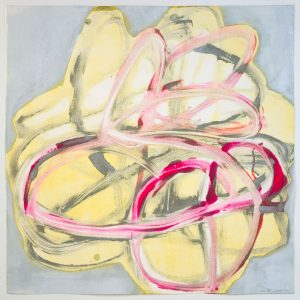 Like other artists interviewed for the site about the importance of meditation, Zappitell makes it part of her practice. “I’m not a Buddhist per se,” she says, “but I love the concept.” A recent solo exhibition of her work at the Boca Museum was called “A Journey of Gestures” and stemmed from experiences with Buddhist philosophy.

Other influences in her work arrive during the family’s travels to far-flung locations in Asia, Africa, Europe, and New Zealand. About a year and a half ago she started making drawings on the spot or on the plane. “I can feel the palette evolving from the environment around me,” she says. “Once, on safari, we saw a zebra right after it had been caught by a couple of lions. It’s not something I really wanted to see, but the color of the actual blood was gorgeous—like no color red I’d ever seen. When I return to my studio, I’ll paint something and it will remind me of the country I’ve just visited.” 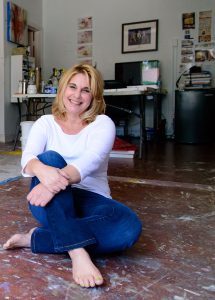 Brenda Zappitell in her studio

In the last few years, Zappitell’s career has taken off in a big way and she has exhibited nationwide—in New Orleans, Tulsa, Kansas City, New York, Richmond, VA, and Oakland and Culver City, CA. She has also become involved with curating, such as a show for the Cornell Art Museum in Delray Beach, where she helped organize an exhibition called “Exxpectations” in 2014. “I worked with the curator at the museum,” she says. “And we put together an all-women show—it was about her style and my style. I really enjoyed the community part, having relationships with all the artists.”

Recently Zappitell made her first forays into printmaking, working with Manneken press to produce 27 monotypes in five days. “There is a bit more thinking involved than in painting,” she says, “although I tried to make the process as intuitive as possible. I chose monotypes because in my mind these are most similar to paintings. The collaboration with the master printer—in this case, Jonathan Higgins—made it a seamless experience.

“Every experience opens up my work,” she concludes. “My studio practice is important to me, but I also believe that living life is important.”