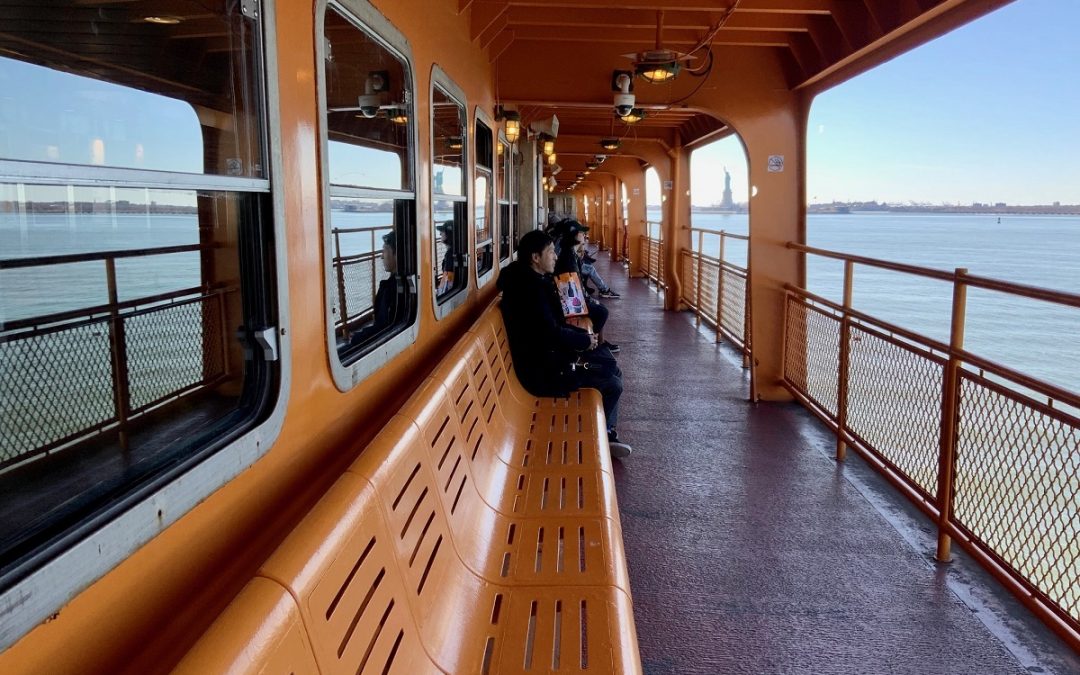 We’ve all seen the photos of a city self-isolating—empty restaurants, mournful faces at apartment-house windows, supermarket shelves stripped bare—but there is an upbeat aspect to the pandemic that has ravaged New York perhaps more than any other city in the country. Barbara Rachko has been out with her camera in the last couple of weeks, capturing a different side of the mighty metropolis as spring begins to unfold on the East Coast. “I’m so amazed at the changes in the environment,” she says. “I’m looking at the sky getting bluer, the air cleaner. I feel like Mother Nature is saying, ‘I’ve had enough. You’re destroying the earth, and now it’s time to reclaim some of the beauty before the planet is completely wrecked.’”

Rachko, who was profiled for the site a few years ago, is primarily a painter in soft pastels of exotic Central and South American masks and carved figures. Yet photography has also been a part of her practice for years. Many of the same characters from her paintings occupy a separate, dreamy space all their own. “It’s a departure from the slowness of my work in the studio,” she says, “considering that in a good year I make five pastel paintings.”

For this week’s portfolio, she turned her eye on the startling sights in a city whose inhabitants would normally be filling the parks, sidewalks, subways, ferries, buildings, buses, shops, and streets. What she found was startling beauty, the barebones of a city in the grip of a global pandemic, achingly lovely, even though bereft of its citizens. We can see New York here without the smog, without the crowds, and we can imagine the eerie silence caused by catastrophe.

And the good news is, it will all be here when we get back. 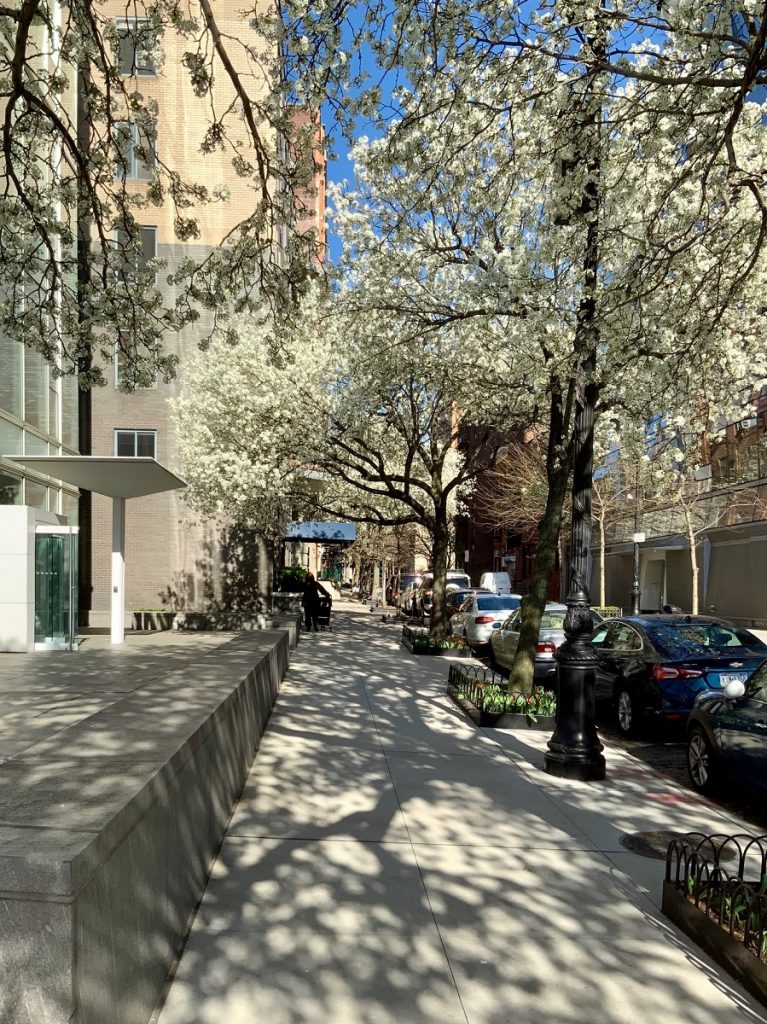 Perry Street, in the far West Village off the West Side Highway 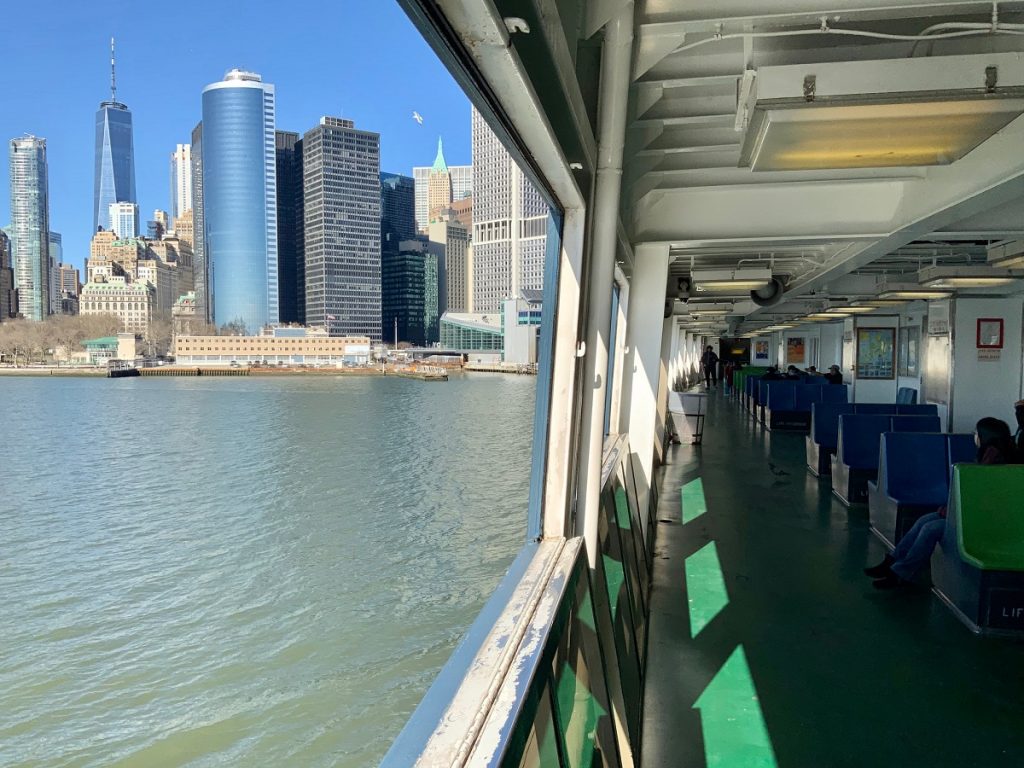 The view from the Staten Island ferry, where Rachko says she made sure she stayed outside, neither sitting on the benches nor touching the handrails 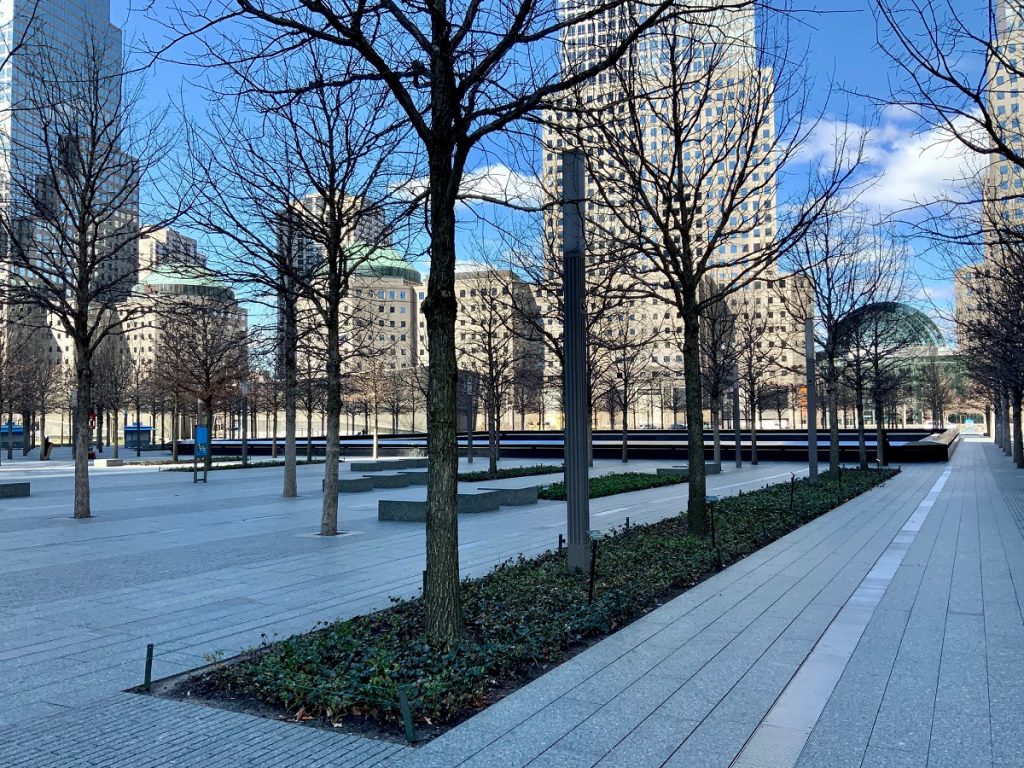 The park surrounding the 9/11 Memorial 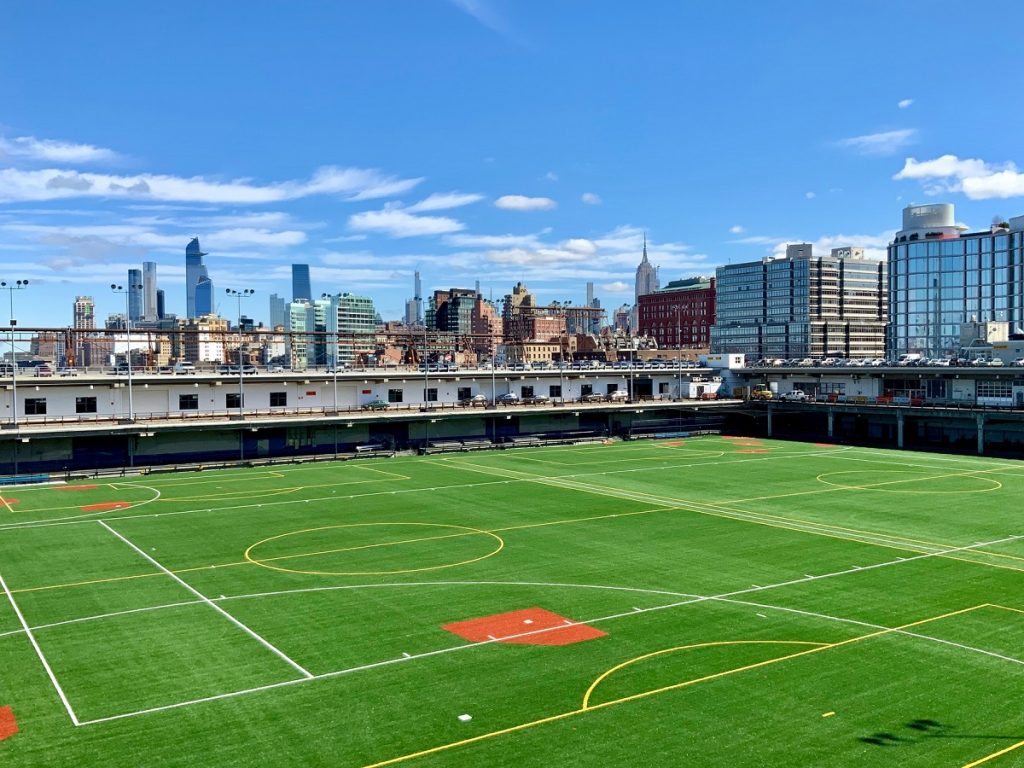 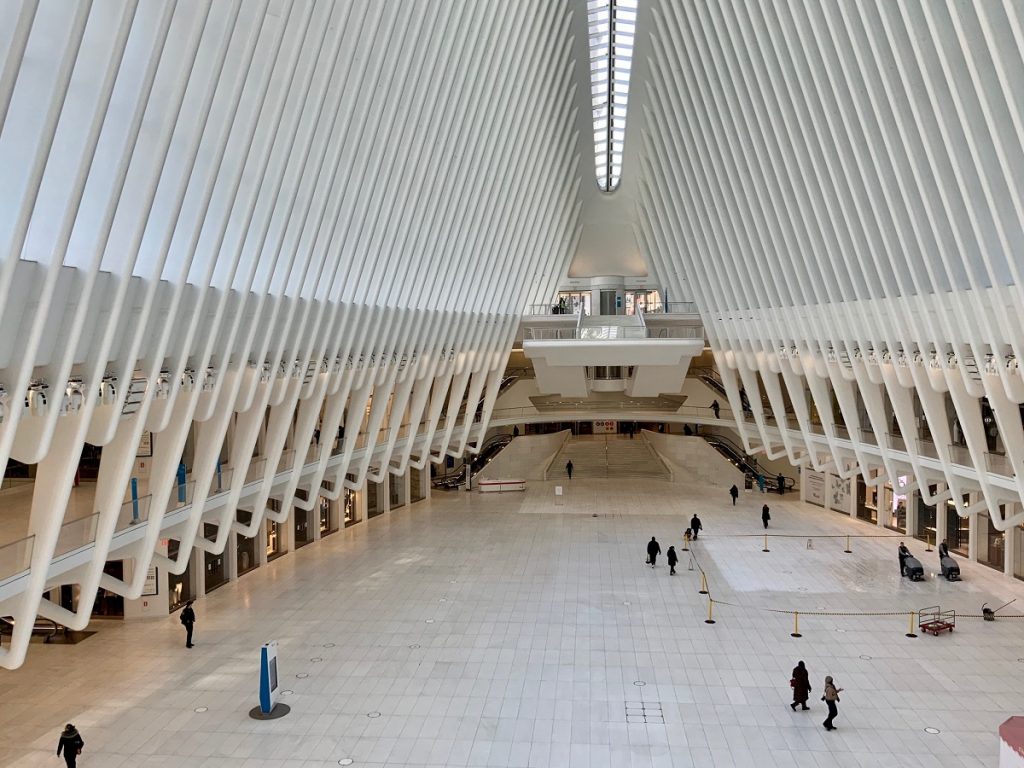 The Oculus at the World Trade Center, both a subway station and a high-end shopping mall, at noon on a weekday, when it is normally jammed with people in transit and workers on lunch break 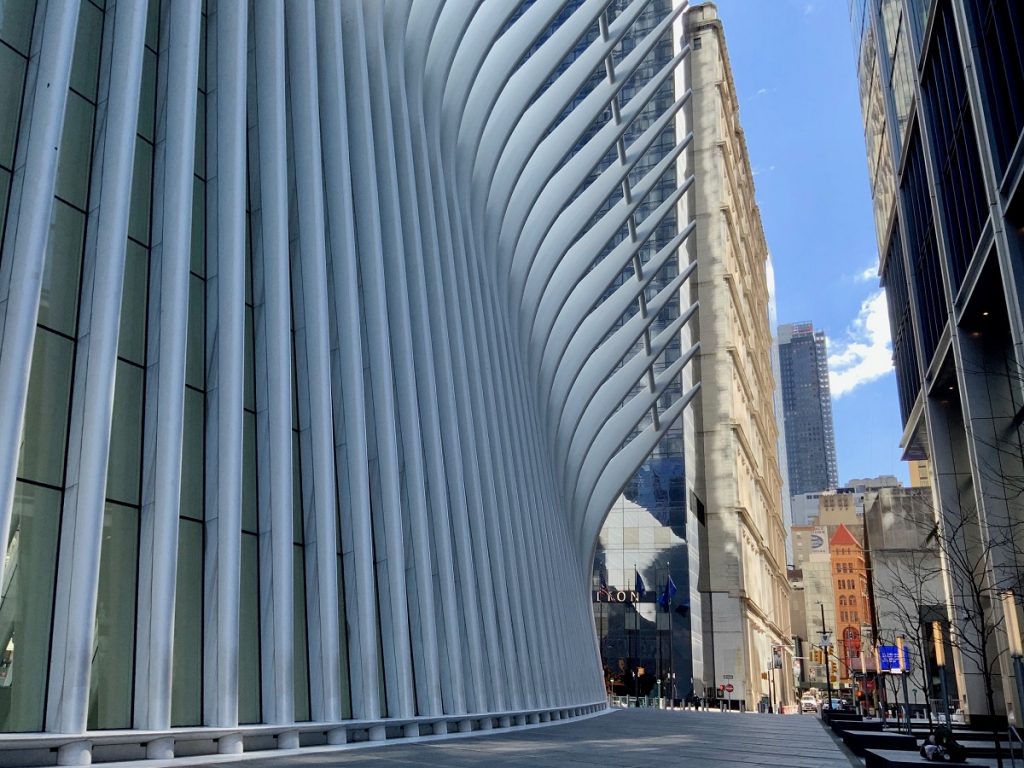 The exterior of the Oculus, looking east, in lower Manhattan 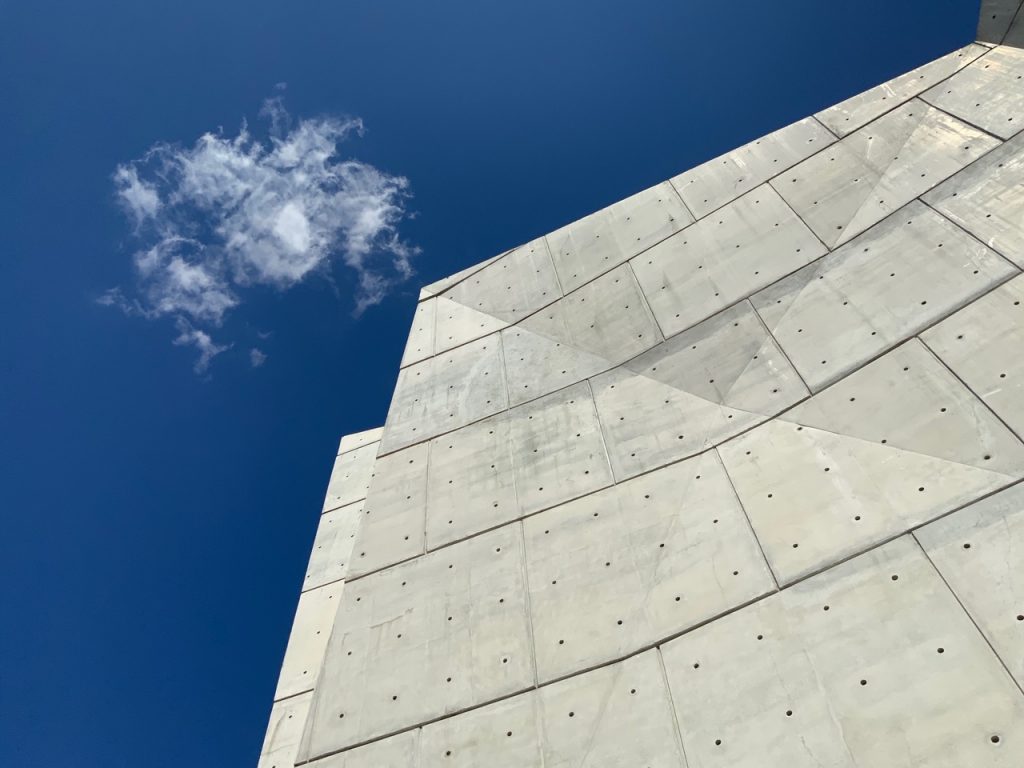 Top: The Staten Island ferry, still running, though on a greatly reduced schedule