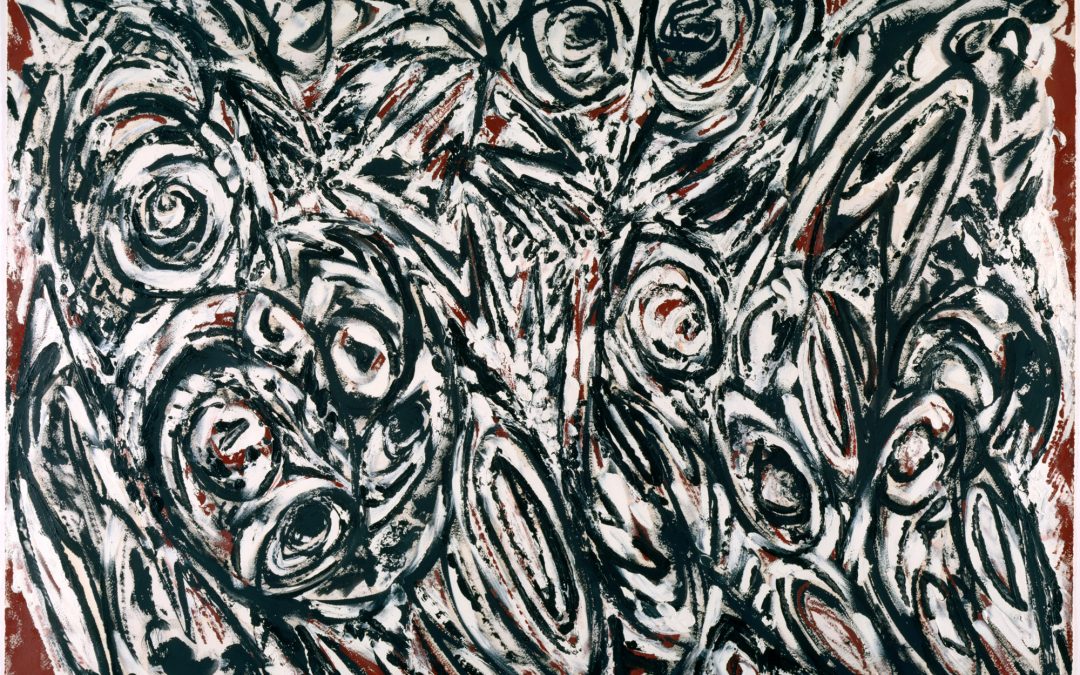 Can you picture the austere Dutch modernist dancing barefoot? 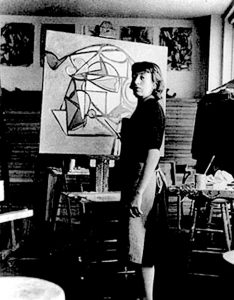 “Critic Clement Greenberg would describe Mondrian’s work as ‘passion mastered and cooled,’ and that described the artist as well. He had set up his studio in a Victorian house with curved arches, but in order to live among rectangles, he had squared them off with pieces of cardboard. A dry and brittle little bachelor in wire-rimmed glasses, he wore his necktie knotted tightly and suit jacket buttoned top to bottom. His rather tired smile seemed a mere concession to civility rather than an expression of joy. Mondrian embodied restraint—physical and spiritual—but he had two secret vices: coffee (he hid his pot so this weakness wouldn’t be discovered) and, inconceivably, dancing. He had a Victrola and a stack of Blue Note jazz records to which he danced barefoot in his studio. Though he had taken lessons in Paris to learn the fox-trot and the tango, he preferred improvisation. One dance partner called him ‘terrifying.’….

“In talking to Mondrian, Lee [Krasner] discovered that they both liked jazz, so they made a date to meet at Barney Josephson’s Café Society. 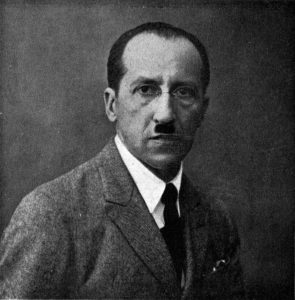 “A Village version of a Harlem jazz club, Café Society flaunted its policy of racial integration during a time of segregation and leftist politics while the government busily hunted ‘Reds.’ In the foyer, an effigy of Hitler hung from the ceiling alongside ‘pâpier-maché send-ups of well-known Manhattan society icons. It was a club for social anarchists. For the painters it was a place to dance, and that was what drew Lee and Mondrian. ‘I’m a fairly good dancer,’ said Lee, ‘that is to say, I can follow easily, but the complexity of Mondrian’s rhythm was not simple in any sense.’ No matter the music, Mondrian danced in a ‘staccato’ manner with his head thrown back. It seems to me his movement was all vertical, up and down,’ Lee said, through she conceded, ‘maybe I had been too affected by his painting before I met him.’”

From Ninth Street Women, by Mary Gabriel, to be published September 25, 2018, by Little, Brown and Company