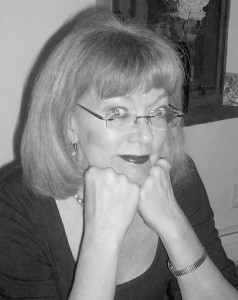 A couple of years ago, I wrote a story called “Show and Tell: The Dos and Don’ts of Studio Visits” for ARTnews, a kind of how-to overview that included such choice anecdotes as a visit to the drive-through the freezer where Damien Hirst stores dead sharks and a piano serenade from Caio Fonseca in his Italian villa (there were many other stories, some considered too outrageous for the magazine, which I hope to include when I revisit the etiquette of studio visits on this site). The article went the art-world equivalent of viral, making the rounds over and over in social media, inspiring more discussion than any piece I’d ever written.

That led me to wonder, Why wasn’t the magazine doing more such stories (known as “service” features in journalistic parlance)? With the change of ownership at ARTnews about eighteen months ago, I never really got a chance to ask.

As I mentioned in the Indiegogo campaign that launched this site, I regularly troll a variety of art websites—hyperallergic, Artsy, the Art Daily Newsletter, and so on—to keep up with what’s going on in the art world. Generally I don’t spend more than a couple of minutes scanning the items, but in one of those spectacular “duh!” moments I again wondered why none of the sites had much of interest to working artists and all seemed to cover pretty much the same terrain—the same museum shows, biennials, “name” artists, and so on.

Thus was born Vasari21.com, a site dedicated to practical information; profiles of intriguing artists who seldom make it into the mainstream press; essays from artists; spotlights on curators, critics, and dealers; occasional opinionated blasts from me; and, perhaps the coolest feature of all, podcast interviews with people in the art world. In the coming weeks, you will hear from a painter who makes her life on a remote island near off the coast of Newfoundland; the curator of an important show of Joan Miró’s work at the McNay Museum in Dallas; a photographer who keeps alive the tradition of the beautiful nude; and another photographer who will offer some advice on taking shots of your own artwork.

As I promised in the campaign, I will eventually bring you a members’ forum and member pages, somewhat like Facebook, where you can blog, post work, and find kindred souls. If there’s demand, I’ll also figure out how to upload videos. But it turns out that I can’t do or afford everything at once (surprise! I turned out to be human).

And let me add a few notes on what you won’t find here: lots of hyperlinks (I find them annoying because they interrupt the flow of reading, and you’re smart people—you know how to Google). Pop-up ads or indeed any advertising at all for the moment (though I may search for a single sponsor down the road). Reviews of shows or exhibitions (there’s a new art critic born every day on the Web; we don’t need more of them). Long-winded New Yorker-style reads. We have only so much time and patience for reading online, and when I have a lot to say—as in the lengthy report on artists and critics that commences this week—it will be broken into several parts over the weeks ahead.

A website like this will always be a work in progress. Because I don’t have a back-up staff of proofreaders, editors, or fact checkers, mistakes may happen. I know you’ll tell me about them. And most of all, I hope you will let me know what kinds of information you want and need, what people you’d like to hear from, and anything whatsoever I can do to enlighten and improve Vasari21.

As a big p.s. I would also like to thank my amazingly talented website designer, Susan J. Preston, for the beautiful look of this site and the media maestros at University of New Mexico in Taos, Louis Moya and Enrico Trujillo, for guiding me through the fundamentals of podcasting.