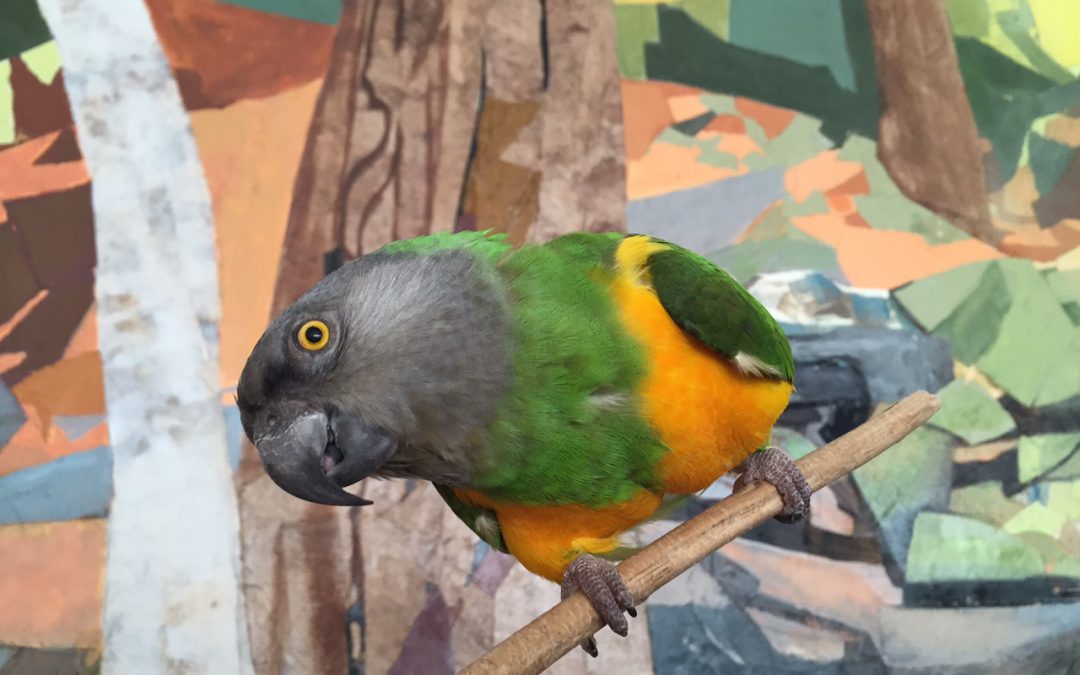 How Could We Manage Without Them?

Last week I announced our first annual Studio Pet Photos competition, but they were all so adorable, it was a tough call. The grand prize, though, belongs to Mariella Bisson’s Senegal parrot and studio manager, Creature (shown above), because he looks good with the art.  Second and third place go to Diane McGregor and William Norton, whose names were picked at random out of a hat. Thank you for sending in this delightful menagerie of artist’s’ best friends and most discriminating critics. I’ll notify you shortly with your choice of goodies. 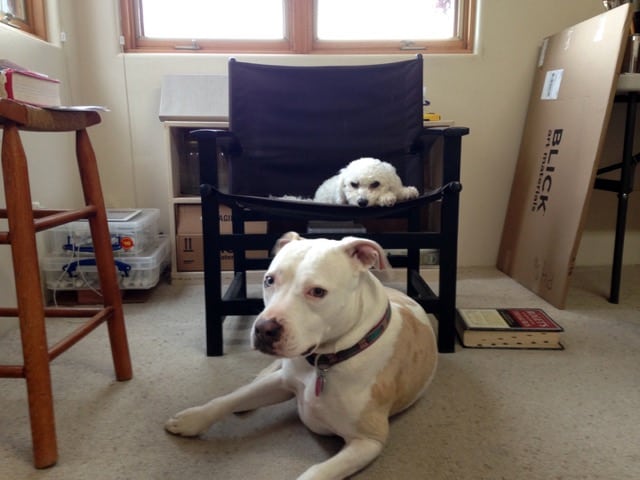 Diane McGregor’s studio dogs are Daisy, a bichon frise, and pit bull Catherine, who both consult the dictionary at right to help out with titles. 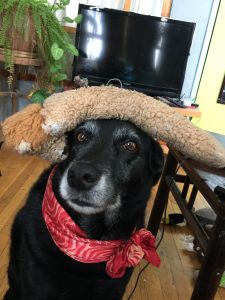 William Norton’s Heihei (Mandarin for “black black”) has many comic maneuvers to keep his master distracted. 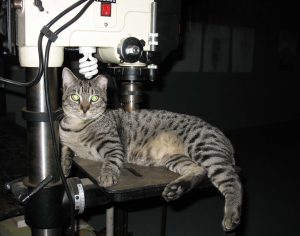 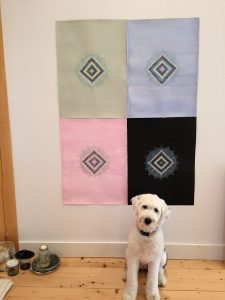 An old English sheep dog, like Grace DeGennaro’s, is valuable for guarding works of art 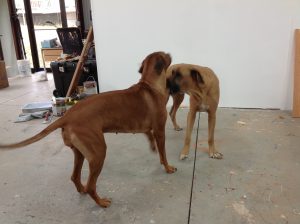 Robert Oblon’s Rhodesian Ridgebacks, Rita and Kimbu, discuss the wisdom of “buying art with your ears.” 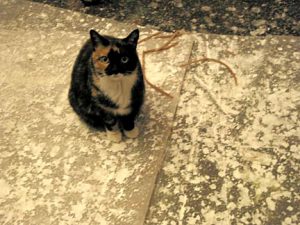 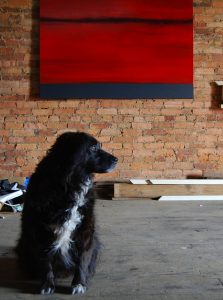 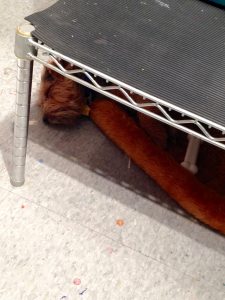 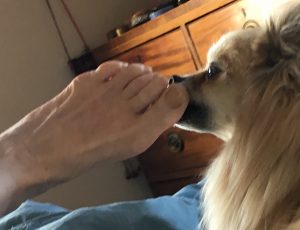 Suzi, doggie-in-waiting to Mary Shaffer, believes a good foot lick is the perfect balm after a hard day’s work.

My thanks to Millicent Young for suggesting this competition weeks ago!