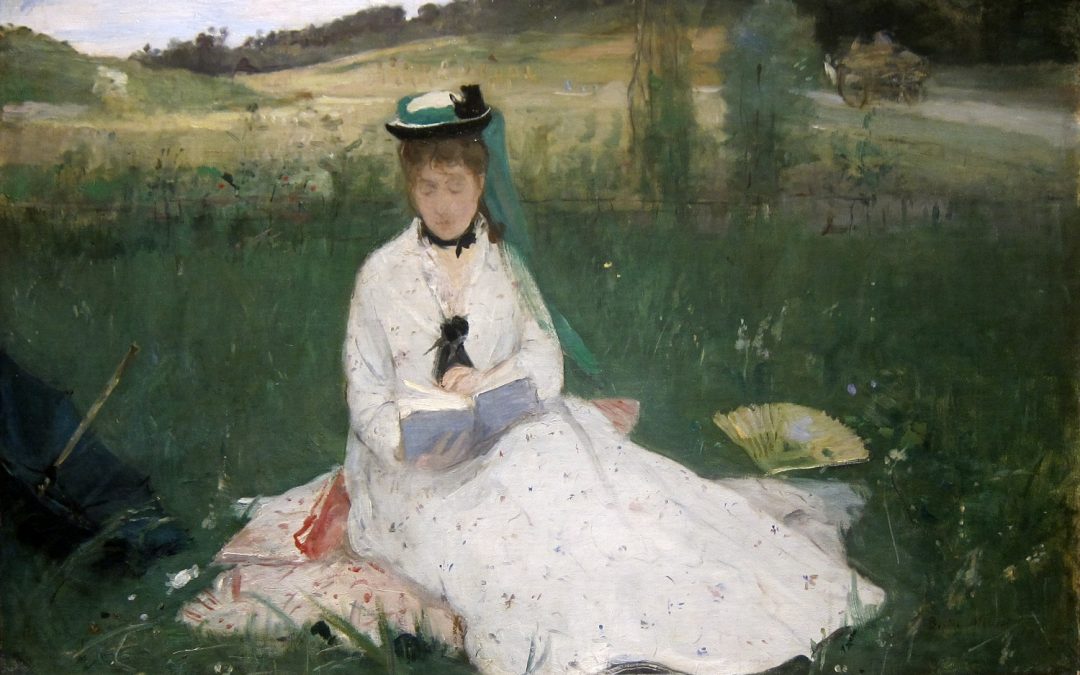 Having It All in the 19th Century 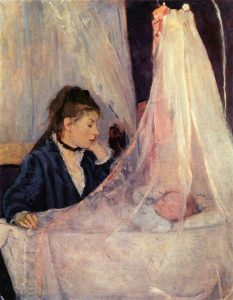 Berthe Morisot’s subjects now seem among the tamest and most ingratiating imaginable: sun-drenched land- and seascapes, women and children casually posed in the garden or cozy domestic interiors, stylish Parisian beauties at their toilette. Yet in her freewheeling brushwork and incandescent palette,  she was among the most brazen of the Impressionists, approaching a degree of abstraction that sometimes exceeded even Claude Monet in his radical late works at Giverny. And in her professional life she pursued her calling with the utmost seriousness, nonetheless managing to carve out a degree of personal contentment that eluded many women who tried to enter either the ranks of established artists or the nascent avant-garde in the second half of the 19th century. She counted among her friends Monet, Édouard Manet, Pierre-Auguste Renoir, Edgar Degas, Puvis de Chavannes, and Stephane Mallarmé. And all considered her every bit their equal.

Morisot was born into a comfortable upper-middle-class family and spent much of her life in the Right Bank neighborhood of Passy, still in her day a semi-rural enclave in of Paris. Like many respectable young ladies, she and her sister Edma took art classes (most notably from Camille Corot), visited the Louvre to copy pictures, and sketched and painted out of doors during summer trips to the seashore and countryside. By the time she was in her mid-twenties, Morisot was showing regularly in the Salon, the official exhibition wing of the Académie des Beaux Arts. “To an obtuse jury,” notes Anne Higonnet in her excellent biography of the artist, “Morisot’s work may have seemed merely an outstandingly competent version of the kinds of pictures they expected from women.” 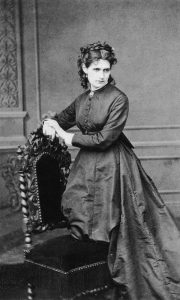 Photograph of Morisot at about age 30

She lost her closest companion and ally when Edma married in 1869; her sister gave up painting altogether, as was expected of most women when they entered the bonds of matrimony. “Nineteenth-century bourgeois convention recognized only one suitable path for women—marriage and motherhood,” notes Higonnet. “Anything else was failure….No one could imagine a great woman painter. None had existed yet, and this seemed sufficient proof that none ever would.”

Morisot, nevertheless, persevered, becoming ever closer friends with Édouard Manet, whose work she revered and for whom she posed numerous times. He made more portraits of her than of any other subject, capturing her elegance and dark beauty, her wit and sensuality. But admiration, it seemed, could easily turn to meddling condescension. When she showed him one of her most famous early works, the Portrait of the Artist’s Mother and Sister from 1869-70, he couldn’t resist making numerous “corrections,” adding a few accents to the hem of a dress and then “once he had started, nothing could stop him,” Morisot wrote. ‘[H]e went from the skirt to the bodice to the head, from the head to the background; he made a thousand jokes, laughed like a madman, gave me the palette, took it back again, and finally by five in the evening we had made the prettiest caricature possible.” The picture was accepted by the Salon, and the friendship survived, proving mutually beneficial (it was Morisot, a few years later, who coaxed Manet into trying plein-air painting). 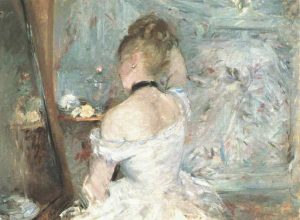 Though her career was on the upswing, life at home was surely a trial (in those days, well-bred young women did not secure lodgings of their own). Her mother paraded before her a succession of available bachelors and told her daughter her looks were fading. Nor was she at all supportive of Morisot’s painting, pronouncing her “work adequate for amateur young ladies but hardly of professional, and salable, quality,” writes Higonnet. 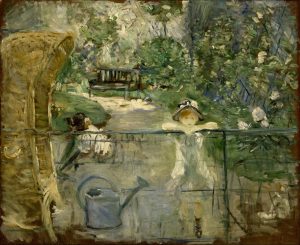 But other compensations may have helped fill whatever inadequacies Morisot suffered in her personal life. Higonnet dates the beginning of her mature career to 1872, when the artist was 31 and began to show with the enterprising young dealer Paul Durand-Ruel, who asked substantial prices for her pictures. “While Morisot did not need to earn money, she needed to know that her pictures were worth money,” notes her biographer.

What landed her squarely within the annals of art history, however, was her affiliation with the revolutionary group who became known as the Impressionists. Starting in 1873 a band of artists who opposed the slick finish and frozen academic subjects of successful Salon paintings determined to bypass the system and display their works on their own. The only woman in the movement (until Mary Cassatt arrived on the scene around 1879), Morisot found a congenial “home” among those now recognized as the great innovators of 19th-century painting. For almost a decade, as part of the Société Anonyme Coopérative des Artistes Peintres, Sculpteurs, Graveurs, she enjoyed the professional support and exhibition opportunities to be found among an astonishing group of ambitious artists—including Degas, Monet, Renoir, Sisley, Cezanne, and Pissarro. Moreover, the press took note and assigned Morisot a place at the forefront of the movement. 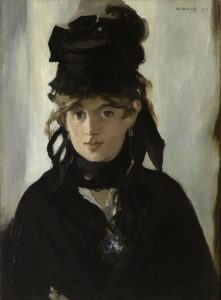 As her star ascended in the 1870s, the artist’s friendship with Manet’s brother, Eugène, whom she had known for several years, took a turn toward the romantic. When their families were vacationing together in Normandy in 1874, as Higonnet tells it, “Morisot and Manet were painting side by side near a naval construction site. By the end of the painting session, they had agreed to marry.” Eugene never shared his wife’s seriousness in his own efforts as an artist, nor was he as flamboyant or ambitious as his brother, Edouard, but he was the ideal husband for a dedicated woman artist. It was a happy and mutually supportive union, lasting until they died within a few years of each other, in their fifties, and made deeply fulfilling for Berthe by the birth of a daughter when she was thirty-eight. She took huge pleasure in motherhood, and Julie Manet soon became a favorite subject in “a series of images unlike any that had gone before,” as her biographer writes. “With the pictures Morisot displayed in 1881 begins the most extensive and profound visual exploration we have of a mother-daughter relationship.”

By the time she was in her forties, Morisot could take her place as “la grande dame de la peinture” in Parisian artistic life. The Impressionists who were her colleagues in the struggle against the stifling academic taste of the day became her close friends; her dinners in a spacious Parisian house were as famous for their refinement as for their company; she traveled throughout Europe with both Eugene and Julie; and she enjoyed a series of successful exhibitions. Throughout her life, she was deeply critical of her efforts, but never for a moment did she doubt her own value. A few years before her death, she wrote: “I don’t think there has ever been a man who treated a woman as an equal, and that’s all I would have asked, for I know I’m worth as much as they are.” 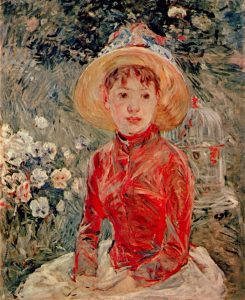 Morisot’s reputation, her works and her place at the forefront of the Impressionist movement, gradually faded over time. Feminist art historians of the last few decades have helped bring her back into the limelight, and at least two major retrospectives have re-examined her achievements. To my eyes, her works never carry the gravitas, mystery, and sheer visual intensity of the best paintings by her male peers. But in her example, her refusal to fit into a conveniently feminine box, her ambition, and her quest for personal happiness on her own terms, she seems very much a woman of our times.