“[When I was about twelve], my father took us on a rare excursion to the Museum of Art in Philadelphia. My parents worked very hard, and taking four children on a bus to Philadelphia was exhausting and expensive. It was the only such outing we made as a family, marking the first time I came face-to-face with art. I felt a sense of physical identification with the long, languorous Modigliani, was moved by the elegantly still subjects of Sargent and Thomas Eakins; dazzled by the light that emanated from the Impressionists. But it was the work in a hall devoted to Picasso, from his harlequins to Cubism, that pierced me the most. His brutal confidence took my breath away. 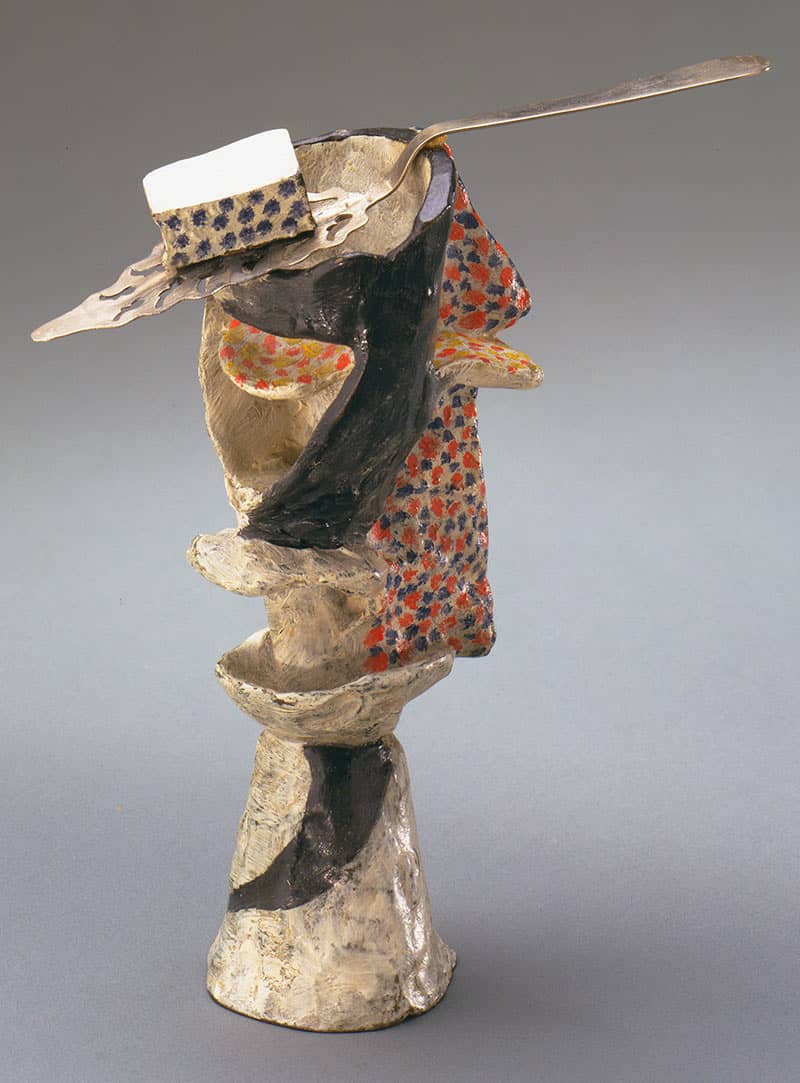 Pablo Picasso, Glass of Absinthe (2014), mixed media. From “Picasso Sculpture” at the Museum of Modern Art, through February 7, 2016.

“My father admired the draftsmanship and symbolism in the work of Salvador Dalí, yet he found no merit in Picasso, which led to our first serious disagreement. My mother busied herself rounding up my siblings, who were sliding the slick surfaces of the marble floors. I’m certain, as we filed down the great staircase, that I appeared the same as ever, a moping twelve-year-old, all arms and legs. But secretly I knew I had been transformed, moved by the revelation that human beings create art, that to be an artist was to see what others could not.”