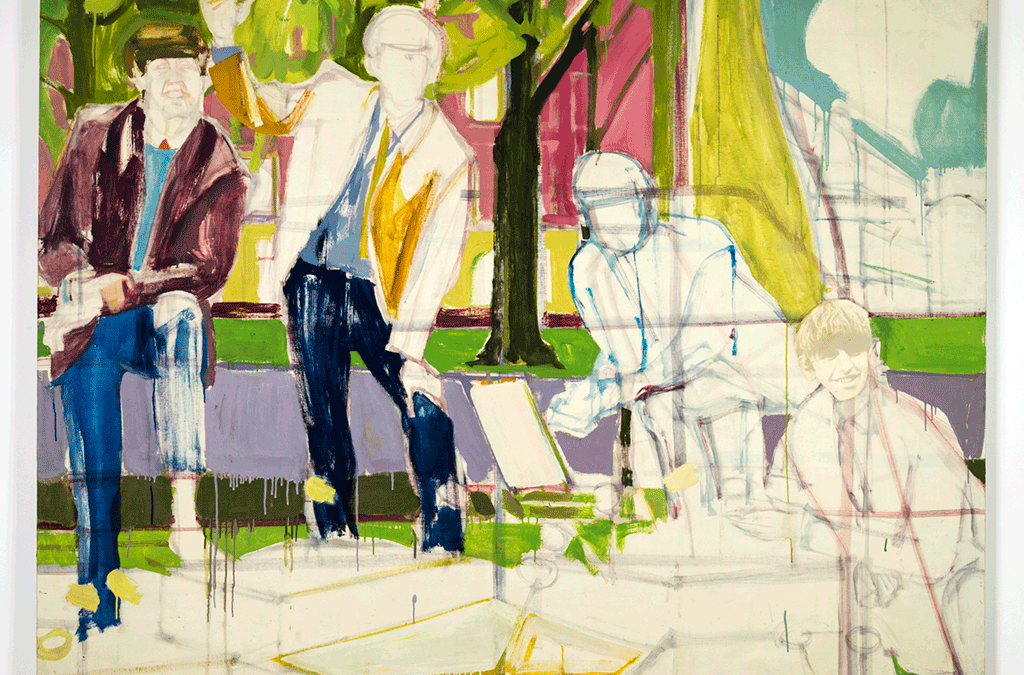 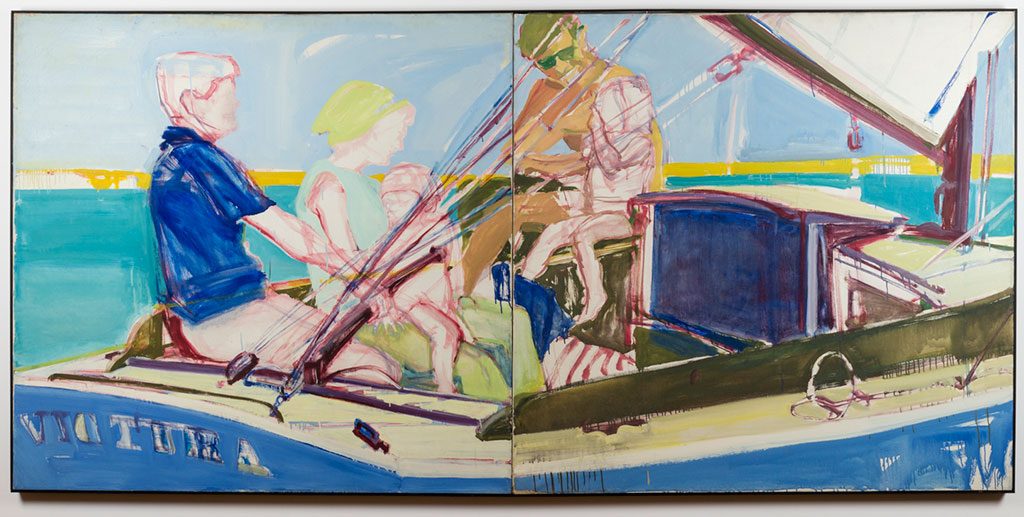 Kim Levin is well known to many as an art critic for the Village Voice, New York’s most politically charged alternative tabloid, a post she held for more than 20 years, until 2006. She’s contributed to many art magazines, lectured widely, and written countless catalogue essays. But what came as a surprise even to those who know her byline well was the revelation of Levin’s ten-year career as a serious painter of vigorous Pop-inflected canvases, with imagery drawn mostly from photographs, still a novel approach in the years of her artistic career, 1963-73. Thirty-three of these works are now at Ronald Feldman Fine Arts through July 29th, and they retain a freshness unusual for paintings made more than four decades ago. 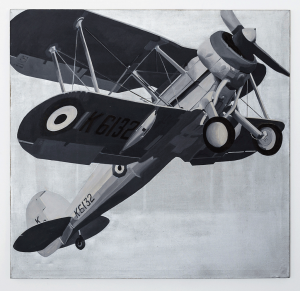 Levin’s path to prominence as an art critic contains a couple of other unusual wrinkles: she has a scholarly background in ancient art and archeology, worked on excavations in Egypt, and can count among her neighbors in years past Lucas Samaras and the conceptual artists Shasaku Arakawa and Lawrence Weiner.

After several years in Rochester, NY, where her father worked as an optical physicist for Bausch & Lomb, Levin’s family moved to Connecticut when she was ten. Her mother, Jean Lien, had wanted to study art in Paris, but instead became a textile designer, working for Cannon Mills and supervising a studio of 17 other designers. “By the time I came along,” Levin recalls, “she was teaching art to children in Rochester. In some ways I think she trained me to be an artist. She saved every scrap of paper I ever used for painting or drawing.” 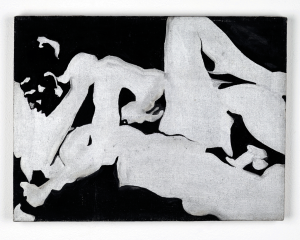 As an undergraduate at Vassar in the late 1950s, Levin heard a lecture by Meyer Schapiro, the renowned and revolutionary art historian who spent his entire career at Columbia, and decided to pursue graduate studies there. In her second year, she switched to classical art, later becoming interested in Egyptian archaeology. While still a student, she responded to an ad in the New York Times seeking writers to do entries for a book on American artists, and the piece she wrote about Hans Hofmann was sufficiently accomplished that Tom Hess, then editor of ARTnews, asked her to write mini-reviews for the magazine. (Since Levin was only 19 when she graduated from college, she and her editor had to suffer complaints from older artists that she was much too young to understand their work.)

After earning her master’s, Levin transferred to the Institute of Fine Arts, and was just about to take the oral exams toward a PhD when politics—both with her mentors at the Institute and in the world at large—intervened. When she told her archaeology professor that she was abandoning the field to write about contemporary art, he was shocked, asking, “How can you do that?” Levin wondered, “How can I do what?” He asked her, “How do you know what to write? There is no source material, there are no primary sources.” With the arrogance of youth, she replied: “I will be primary source material for future generations.” 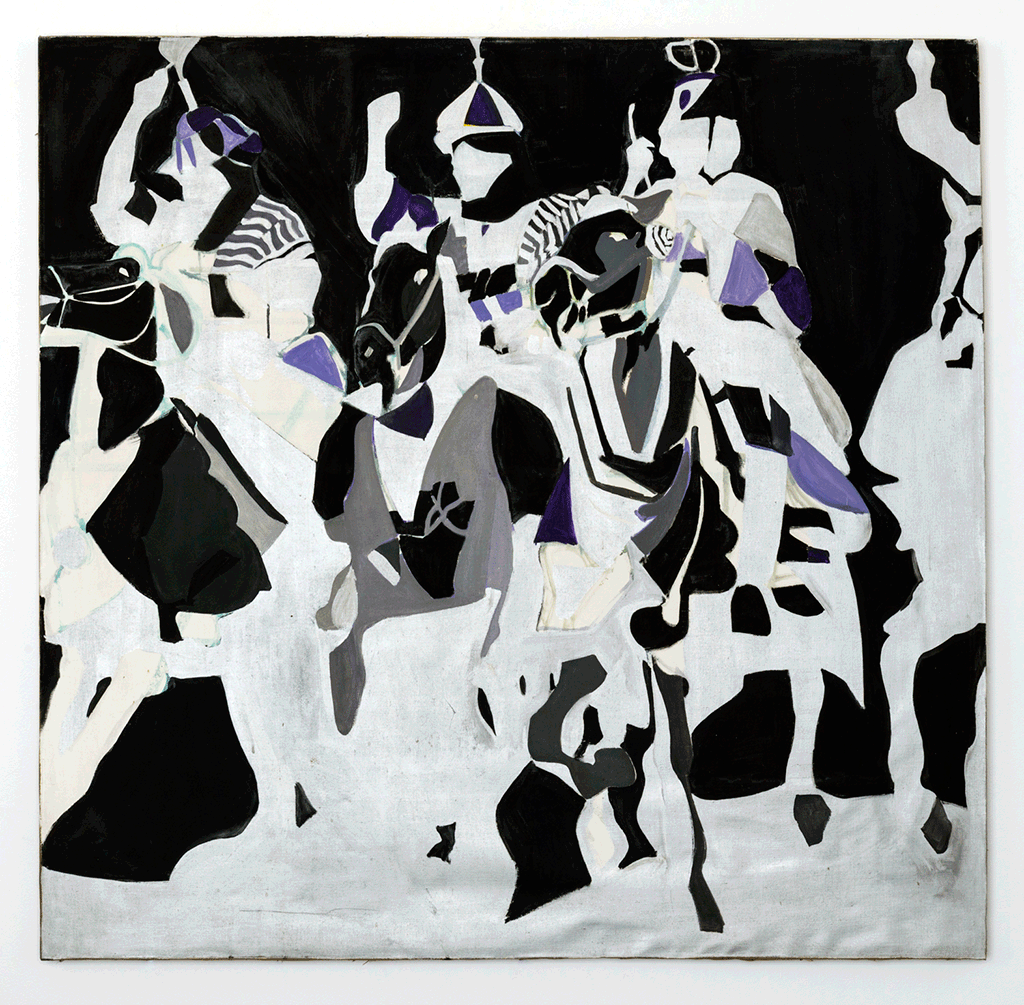 By the early ‘60s Levin had a studio on Sullivan Street, where she painted all through her twenties. “I had a lot of energy in those days,” she recalls. “I arranged my classes so they were all on two days. And I studied drawing with Mercedes Matter and Nick Carone.

“I started out by making sketches from a painting by Poussin to see what I could get from it,” she continues. “Then I made Elaine de Kooning-like portraits of friends. And then I began working from photographs, political things, like many images of the Kennedys. I had a painting on my easel of JFK when he was killed.” In 1964, Poindexter Gallery gave Levin her first show; fellow Poindexter artists Jules Olitski and Alice Neel offered encouragement; publisher Si Newhouse, later to emerge as one of the biggest collectors of contemporary art, bought a small piece, as did feminist art historian Linda Nochlin. A job as a girl Friday for a documentary film crew took her to Greece and to Egypt, where she worked on an excavation shared by New York University and the Brooklyn Museum. By 1967, she had created a series of Sahara paintings and landed her second show at Poindexter.

In the more than four decades since she stopped painting, Levin has published hundreds of reviews and articles, some of them—such as “A Farewell to Modernism”—of seminal importance in defining the zeitgeist. The exhibitions she’s curated include shows in Copenhagen, Warsaw, and Seoul (she was the first to propose a biennial in Gwangju, Korea).

Asked if her experiences as an artist gave her greater understanding as a writer and critic, she says that those “ten years of being part of the creative community proved invaluable,” but adds that the study of archaeology gave her many insights as well. “Egyptian art extends over thousands of years, and it all looks pretty much the same to an outsider. You learn to date things by little details. In between the major kingdoms are periods of 200 to 300 years, but the culture continued. What was going on in those between times? I think that’s why I came to realize that all this talk about the end of painting, the end of art, was really only about the end of the Modernist period. We were and maybe still are living in an intermediate time.” 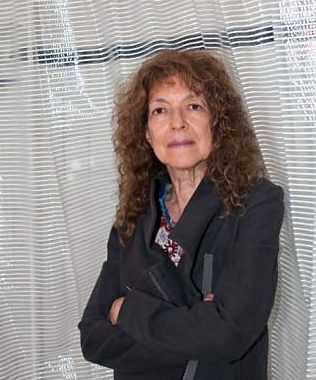 Kim Levin has written for many art magazines, including ARTnews and Flash Art; she was a critic for the Village Voice between 1982 and 2006; and she has written numerous catalogue essays for exhibitions here and abroad. A forthcoming collection of her writings will cover the period 1991-2006. “Kim Levin: Paintings 1963-73” will be at Ronald Feldman Fine Arts, 31 Mercer Street, in New York, through July 29, 2016.