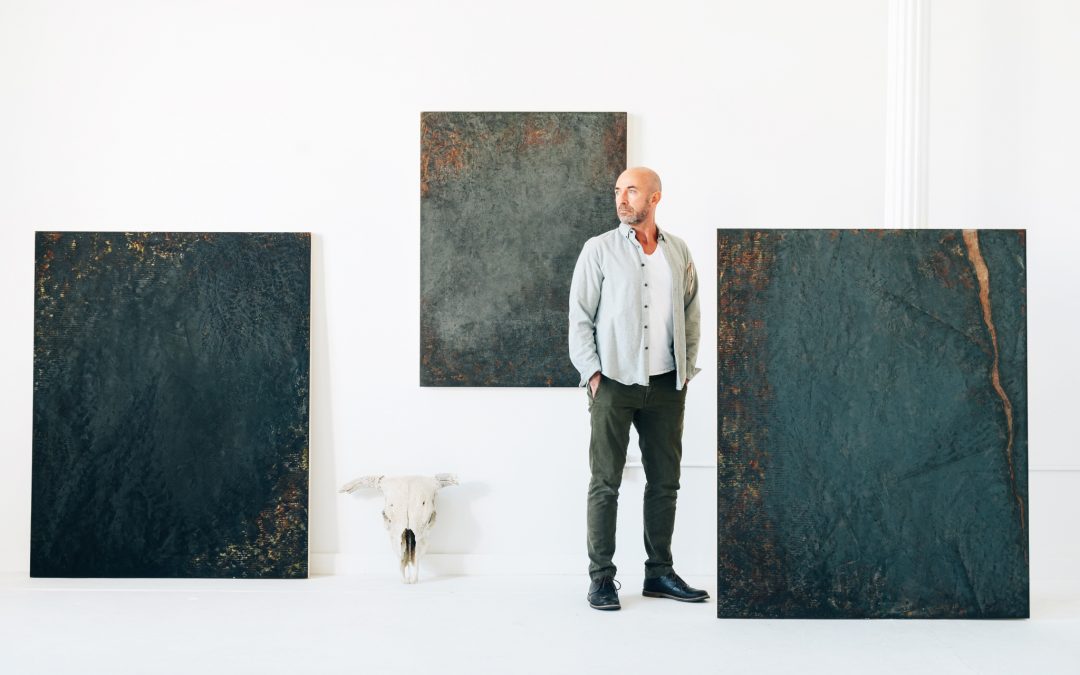 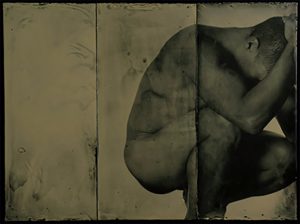 Though he grew up poor in a part of rural southern Ohio that falls within the cultural swath known as Appalachia, Jerry McLaughlin was a precocious kid who learned to learned to read at the age of 18 months. A few years later, after his mother bought a set of the World Book Encyclopedias from a door-to-door salesman, he got to the middle volume and discovered Jackson Pollock. Then and there, he says, he had the epiphany that this was what he wanted to do when he grew up. “That was the dawn of my interest in abstraction,” he claims. In fact, that day he took house paints from the garage and made an AbEx pour painting on cardboard. Only briefly, when he later turned to photography, did representational subjects hold any appeal for him. 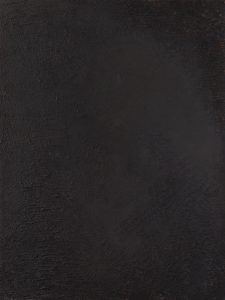 But McLaughlin was also interested in science, specifically chemistry, and a scholarship led to pre-med studies and later medical school at the University of Cincinnati. Eager to get out of Ohio, he moved to San Francisco to do his residency in pediatric medicine and never looked back. 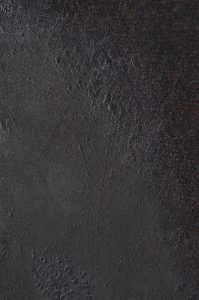 All along, though, he knew something was missing and so he taught himself photography. His subject was the male nude, perhaps not a huge novelty in a post-Mapplethorpe world, but McLaughlin’s twist was to print the works on sheets of steel coated in beeswax or tar. Daunted by the cost of living in the Bay Area, he moved to Denver in 2001 and continued to practice at a local hospital, at the same time showing in local galleries. But after three years, he was longing for the water again and the more temperate climate of San Francisco.

Thinking he was through as a photographer, he hauled most of his works to the dump. “I still had all this beeswax left over,” he recalls, “and I started thinking, What am I going to do with all it? Then I discovered you can paint with beeswax.” And that led to learning about encaustic—through workshops, research on the internet, and studying books and videos. 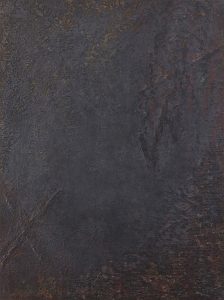 But he was still reluctant to call himself an artist. “Then one day I realized that life is short and if I don’t jump in and own this thing, I’m never going to be an artist and do what artists do. So I started telling people, ‘I’m an artist,’ though I didn’t take it a whole lot further than that.” He did, however, sign on with an artists’ co-op in Oakland, Gearbox Gallery, and began to show both there and in Palo Alto regularly.

Around the same time, randomly trolling the internet, he discovered cold wax. Once he discovered that medium, “within a handful of days I realized this was what I wanted to do,” he says. “You don’t need a torch and a hot plate, and it’s much more the way I envisioned painting to be. I never went back to encaustic.” At the time, he adds, “there were no books or videos. I just played around with the material.” In the course of researching cold wax, he discovered that one name came up over and over: fellow Vasari21 member Rebecca Crowell. And at that point determined the two of them should write the definitive guide to the subject. “I spent weeks crafting a convincing and persuasive email and I sent it to her,” he recalls “I got a very lukewarm response. She didn’t seem very interested, but she didn’t say no.”

Undaunted, McLaughlin put together a layout and a mock chapter and flew to her home and studio in rural Wisconsin. “This was February a few years ago, and it was like seven degrees, but I really wanted to write this book.” The two hit it off and shared a similar vision for what the volume could be. “Well over 100 artists around the world contributed,” he says. Such was the following that Crowell had developed over the years that a Kickstarter campaign to raise $29,000 for production costs surpassed its goal, raising $45,000 instead.

The 320-page book, Cold Wax Medium: Techniques, Concepts & Conversations, was hailed, by among other places, The Huffington Post, where art historian John Seed wrote, “The conversations and images contained in this book demonstrate that artists have a facility for taking ideas, methods and techniques from the past and renewing them in unexpected ways.” 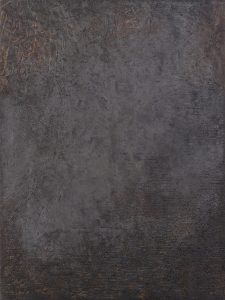 “That whole process catapulted me into the world of art,” says McLaughlin. “In all the interactions with cold-wax artists I could recognize myself and see my painting really moving along.” The defining difference from encaustic, the artist says, is that it requires no heat. The wax is mixed with odorless mineral spirits, which makes it soft, and it has no color until oil paint or dry pigment is added.

McLaughlin’s vision, as it has evolved in a very short time, is dark but meditative, an evocation of the urban jungle built up in layers, to which he often adds sand, ash, and dirt. Oddly, for a guy who grew up in rural Appalachia, he says he has always been attracted to urban spaces, to the concrete and steel realities that define much of America. And yet the Pollock impulse continues, at least in the beginning stages. “I get my emotions out when I paint,” he told another interviewer. “The beginnings of my paintings are really aggressive. There’s a lot of words, lots of movement, color, and intensity, and while that feels natural to me, it’s not what I want to present.”

The final works, though are dense with what Seed has described as “an underlying sculptural impulse” that allies him to the traditions of Milton Resnick and Richard Serra. More importantly, perhaps, he has found a medium from which he and other artists can coax new possibilities for the 21st century.