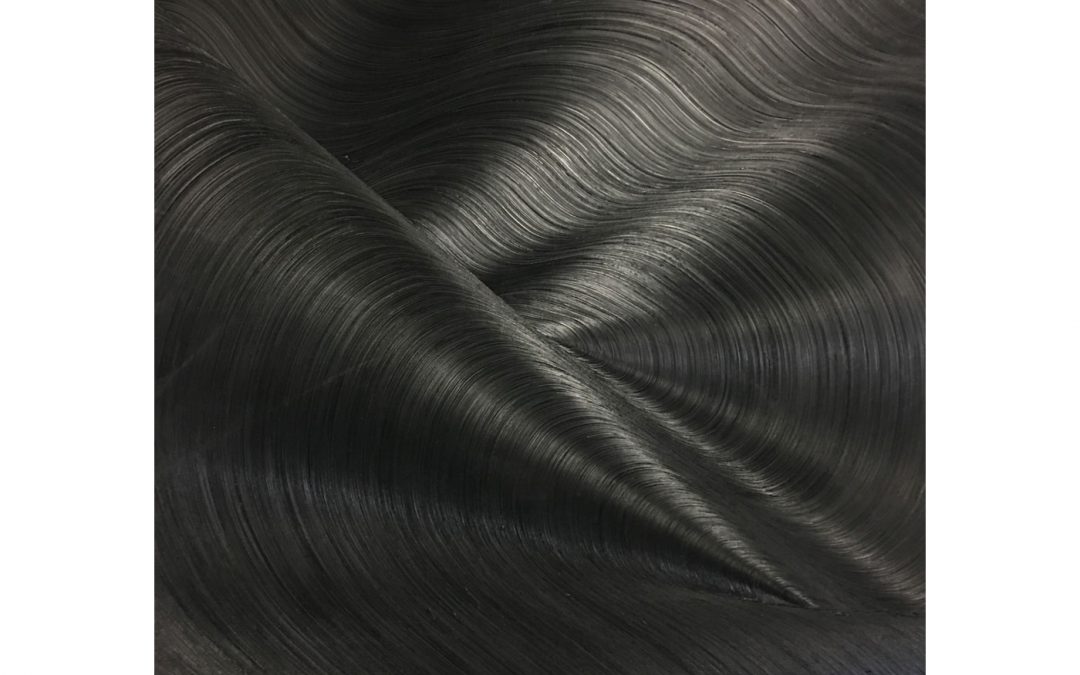 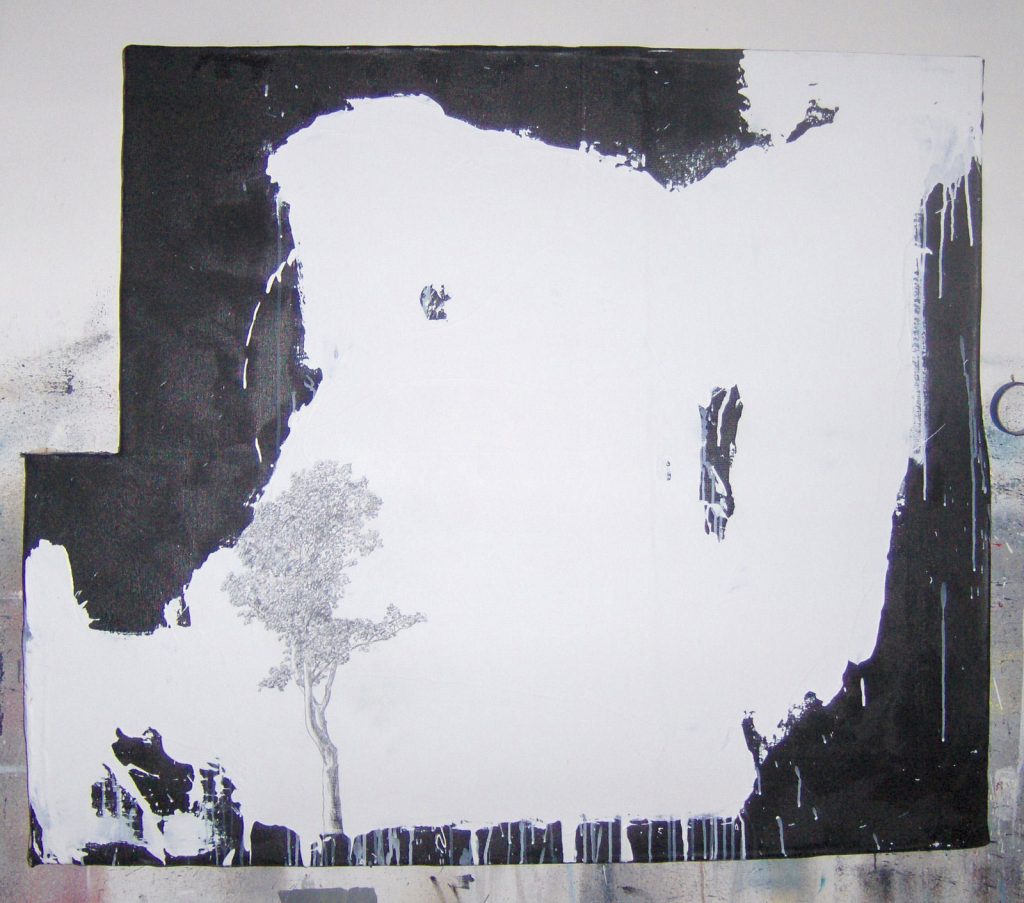 James Austin Murray’s recent six- by six-foot paintings are made using the most basic of means: ivory black oil paint, a canvas and wood-panel support, and wallpaper brushes—up to nine affixed to a long handle. But the surface effects are far from simple, and indeed offer an almost otherworldly experience, as the striations from the brush take the eye on a roller-coaster journey into pleats and folds, over light-struck hillocks and into shadowy crooks and bends. Depending on where you stand, the paintings look like a forbidding landscape you could walk right into. It’s a visual encounter that is both unsettling and profoundly seductive. 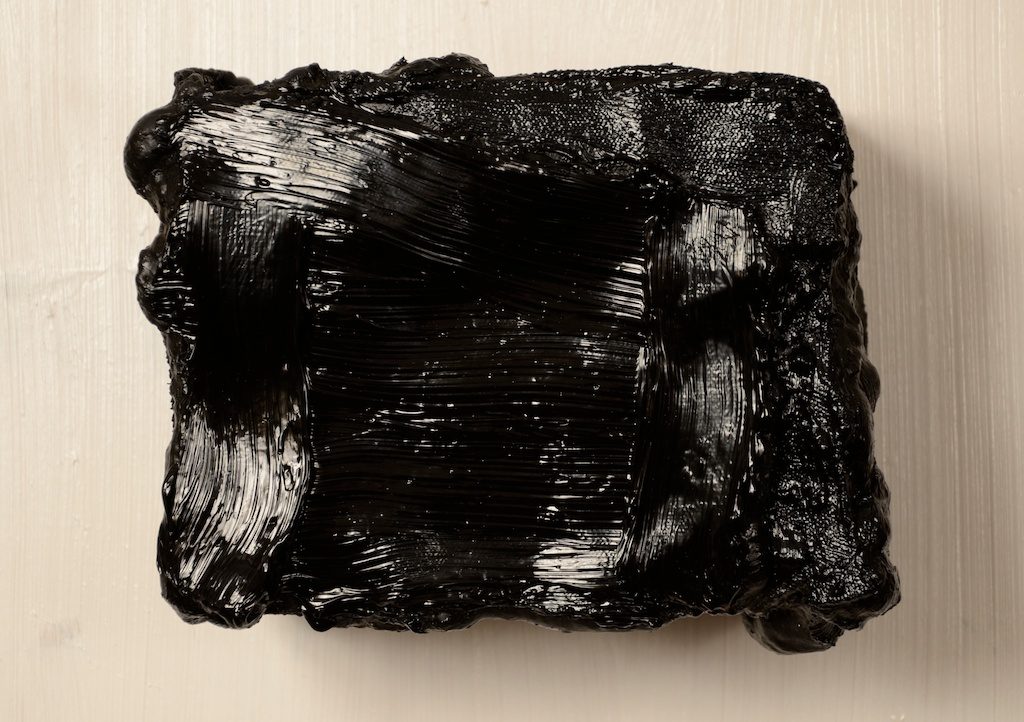 Fortunately, Murray never took the advice of a well-meaning neighbor he regularly encountered as a teenager in New City, NY, who told him, at the time he was considering art school: “Just don’t get into any of that abstract stuff.” He had no intentions of becoming an artist at all until he took a lunch-hour class in high school and discovered he was the best draftsman in the group. Murray headed off to Parsons after graduation, where he studied illustration but was far more interested in pursuing his own vision. He landed jobs to pay the bills but says he knew he “didn’t want to be a hired gun working for some art director.” 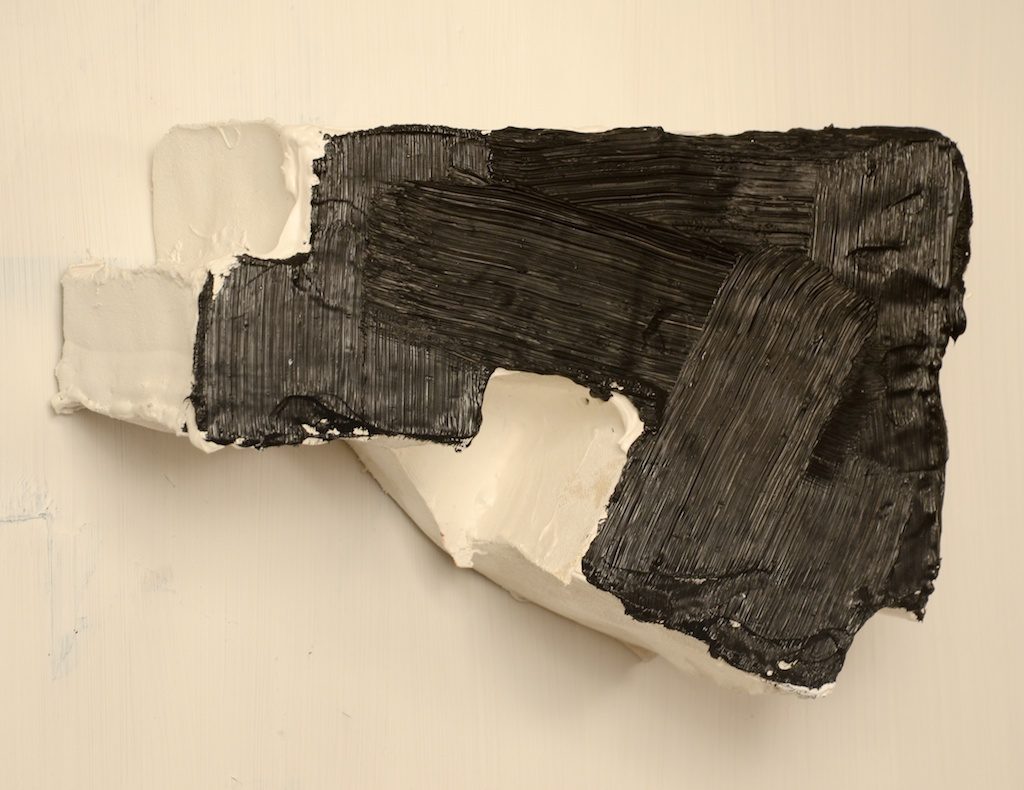 A gig at Bergdorf Goodman allowed him to save up enough money to move to Central Europe for a year. “I wanted to get away to paint but I also figured I could learn more about another culture and its language.” His first stop was Prague, but when he heard as much English as Czech spoken in the bars and restaurants, he decided to venture farther east to Košice in Slovakia. “I didn’t realize that what I was doing was a one-year residency, but that’s what it was,” he recalls. “I painted the entire year and learned to speak Slovak. Something crystallized by the time I got back to New York, and I had a better idea of where I was headed.” 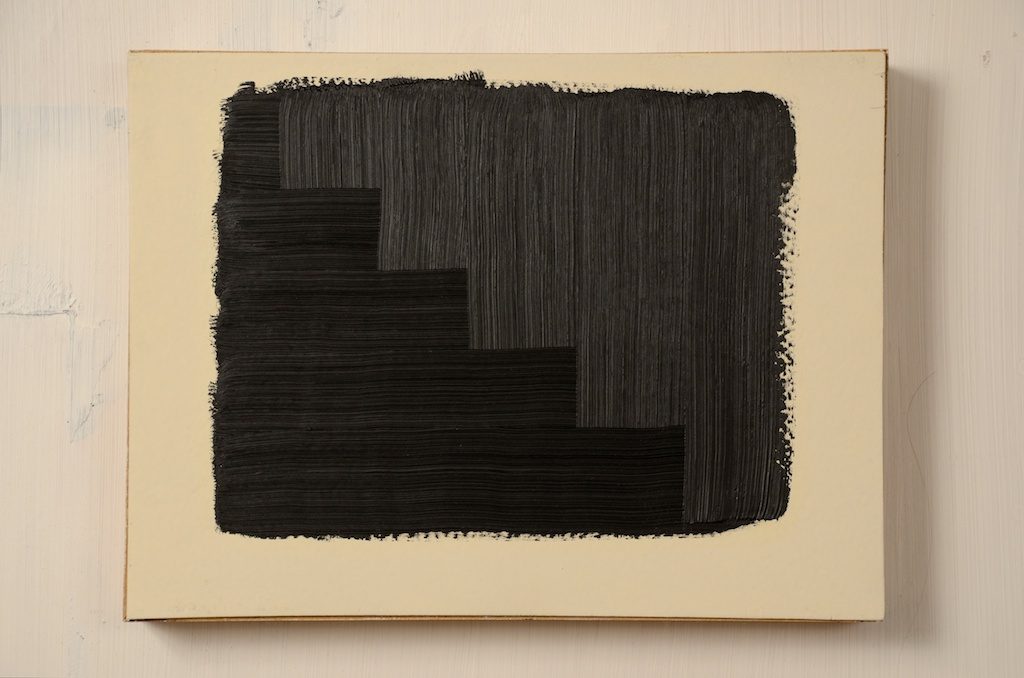 Nonetheless, he still needed a job to pay the bills. One of his professors from Parsons, a cartoonist for the Village Voice and the art director at Bloomberg Television, offered him a spot doing graphics. Murray rented a working studio in DUMBO, where he could continue painting, and for a year made art at night and worked for Bloomberg in the daytime. And then a friend suggested applying for the fire department. It seemed an oddball but curiously sane solution: Because of the department schedules, the artist would have entire days off to paint.

So for 11 years, Murray was a firefighter, working in the South Bronx, Harlem, the West Village, and on the Lower East Side. During that period he also taught a class at Parsons and ran a gallery with two partners in Tribeca. “I would go through weeks where I slept only two hours a night,” he recalls. “It’s a good thing I liked everything I was doing. I’d been looking at grad schools, including Yale, and it dawned on me that the money I would spend for tuition, I could also spend running a gallery and doing my own work. The office doubled as my studio. 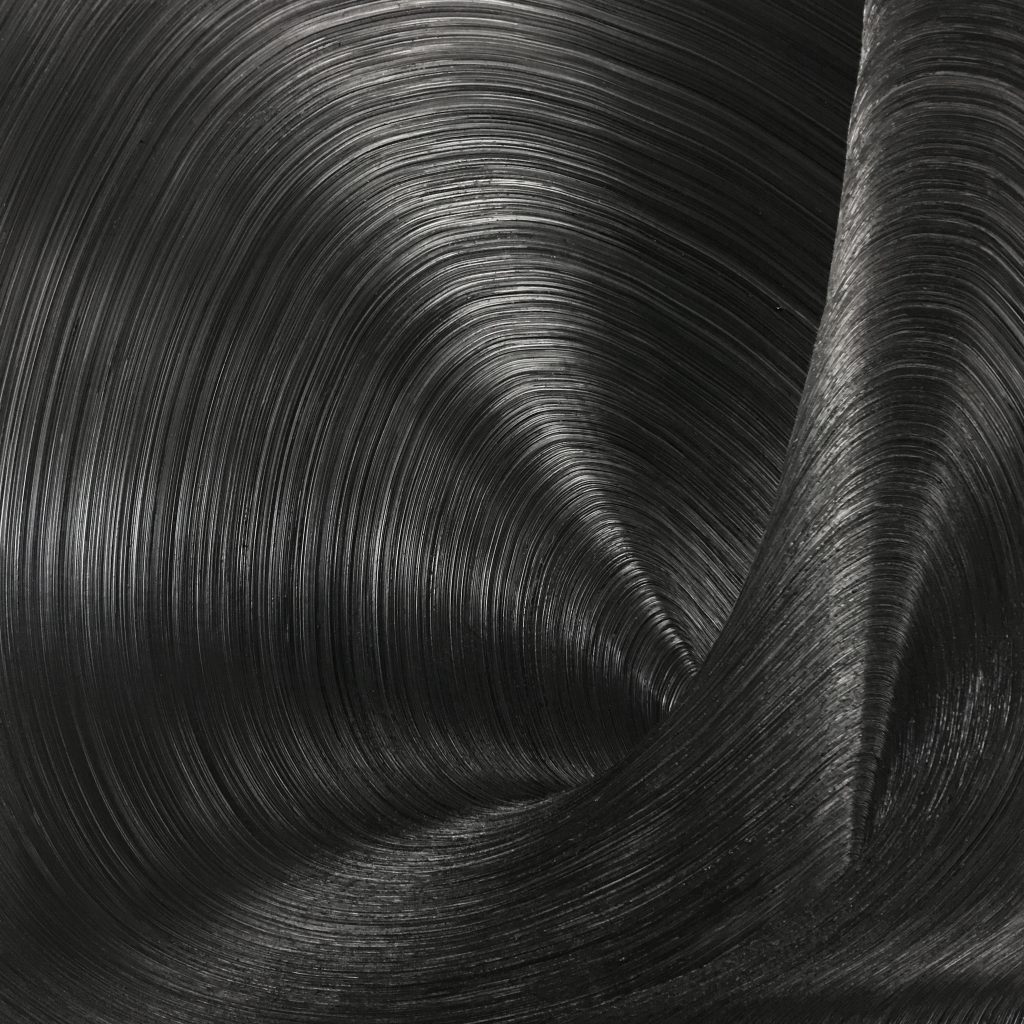 “From the gallery business, I learned how important it was to be professional,” he says, “because I realized what it was like to work with prima donnas and people who just weren’t paying attention. I also learned how appreciative I could be when working with more thoughtful and present artists.”

His pictures during this time were largely figurative—“basically drawing on the canvas.” Then in certain canvases around 2007, like The Fealty of Trees, Murray began adding more abstract elements, which led to wrapping canvas around polystyrene and focusing almost exclusively on the possibilities of the brushstroke.  A health scare that had been growing for some time, pulmonary problems from working at Ground Zero, further strengthened his resolve to go in an entirely new direction. “I started doing all these little black sketches, staying small for almost two years.” Eventually he found himself most comfortable with a square format, because it’s “neither a landscape nor a portrait, it’s simply a square.” At a hardware store in Hell’s Kitchen he discovered the wallpaper brushes, putting two or three together and dragging them across the oil paint spread over the surface. 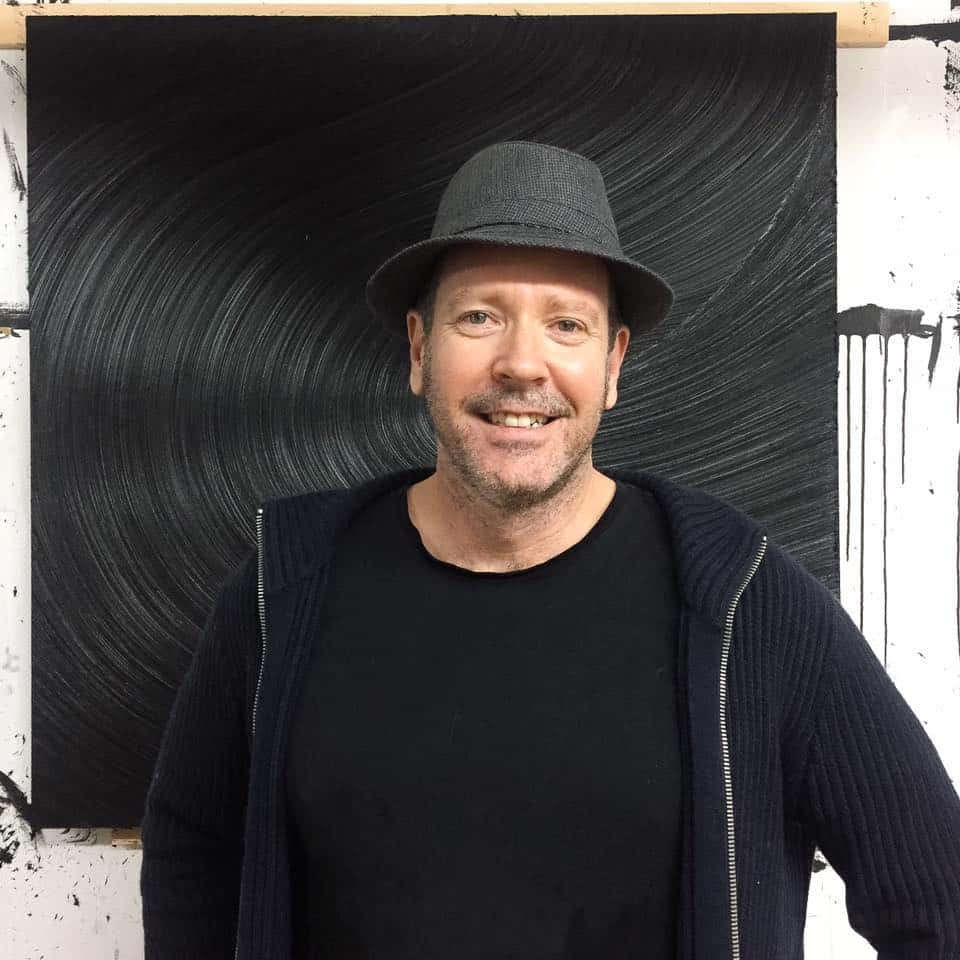 Murray’s recent work has been selling briskly enough that he moved to a bigger studio in Kingston, NY, in August, but he still keeps a place in New York, dividing his time between the two spaces. In the city, he’s represented by Lyons Wier Gallery in Chelsea and by Madison Gallery in La Jolla, CA, where he will have a solo show called “Light on Black” from mid-September to early November, 2017.

“It’s such a huge amount of freedom, working with black paint on square canvases,” he says. “As I’ve gone on, I look at the work I did a year and a half ago, and it just doesn’t feel as strong as what I’m doing now. The tighter the parameters the more the world opens up.”