In Praise of Pop-Ups 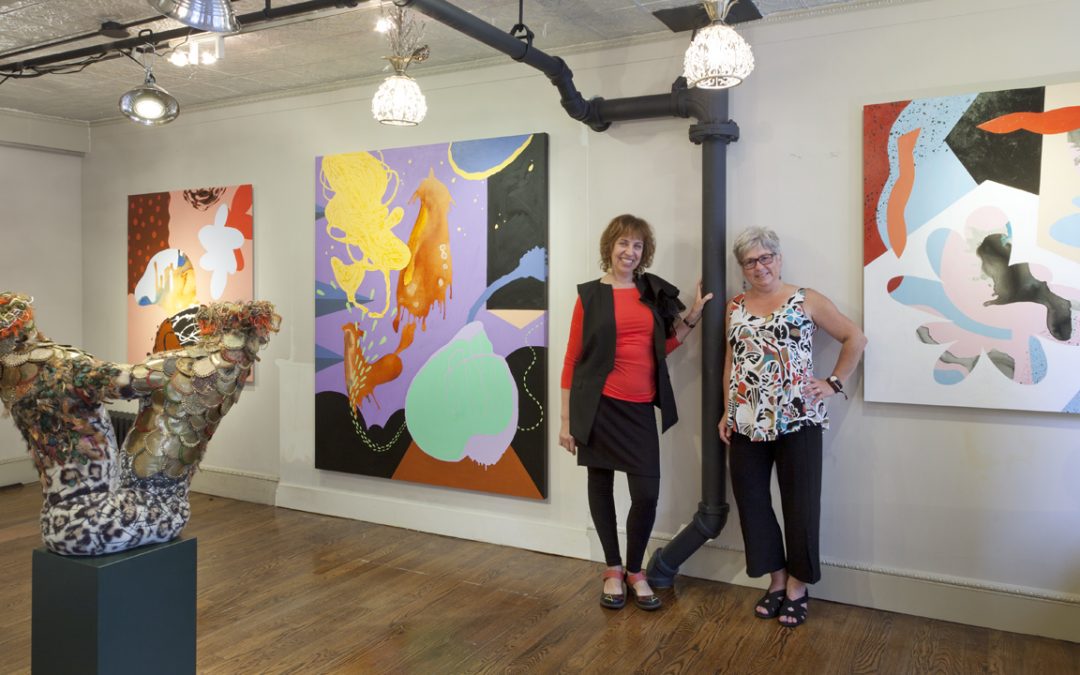 How, Why, and Where To Do One 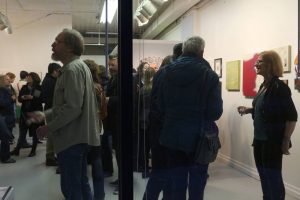 The opening night of the three-day pop-up “Unpresidented” in Evanston, IL

In a few weeks, Adria Arch will be staging her second “pop-up art experience” with fellow artists Patti Brady and Catherine Bertulli. The three-day event, called “Appetite,” is part of Artweek Boston and will include the usual opening night festivities plus what could prove to be a lively panel discussion about art, sex, and democracy. The long weekend, says Arch, is about artists making their own opportunities. “To extend and expand the audience, you have to have more than art hanging on the wall,” she believes. “You need to have a collaborative hands-on experience.”

Whether you’re looking to unveil your work for the first time, raise money for a good cause, or duck the dealers entirely, pop-ups are offering the do-it-yourself answer to an increasingly unviable and possibly archaic system for showing art.

“Basically a pop-up is an exhibit where there’s not a lease—for one evening, a weekend, a week,” says Paul Klein a former dealer and founder of Klein Artist Works, a ten-week online course. “It comes from the notion that you’ve got vacant space and I’ve got something to show. Can we make a deal?”

“It doesn’t have to be an empty space. I’ve noticed pop-ups in graphic-design studios, lawyers’ offices, and so on. Wherever you can put up the art,” he continues. “These are especially good for artists early in their careers. You learn how to hang a show, how to price the work, how to light it.”

The biggest hurdle may be finding the appropriate venue, but where there’s a will, there seem to be four walls or more. For her first experience with pop-ups, Arch went to a site called thestorefront.com, which offers short-term rentals worldwide for art openings and exhibitions (and just about every other sort of temporary happening). She found “a little random space on Beacon Hill for about $100 a day.” 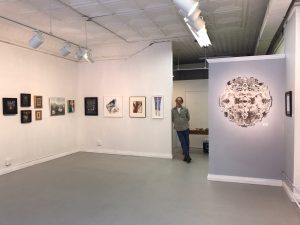 James Deeb with some of the art for “Unpresidented”

“When I first got started as an artist, my friends and I used to do pop-up-type shows in bars and clubs, but there were always problems,” says James Deeb. The lighting may not be good, patrons are often indifferent to art, and there’s always the danger of damage from flying food or drink. For his most recent pop-up, “Unpresidented: Art in the Common Cause,” a group show of 25 invited artists, Deeb found a co-op gallery in Evanston, IL, that charged $100 a day (he could have rented it for $300 a week, but that seemed unnecessary—see more about timing below).

“If I was going to show my own work, or if I had an idea for a show, I don’t want to waste two years waiting for a gallery to do an exhibition,” adds Deeb. “I would rather pay the extra money to have a venue where I can have some control over the work.”

You may notice many a vacant storefront in your area, but selling an art show, at any price, can prove difficult. “I went around and found empty spaces in my neighborhood in Brooklyn,” says William Norton. “It didn’t work out. You have to choose the time and place very wisely. Don’t do a pop-up in a vacant lot that no one wants to visit. Don’t do it in the back of an available space. You want the ground level.” And as with galleries, some visibility from the street is highly desirable.

Working with an artist friend, Norton pulled together a four-person show during Bushwick Open Studios in June 2016 after approaching his landlord about vacant spaces. The place they found was filled with garbage and lights had to be installed, but “we had thousands of strangers coming in off the street,” he says. “It’s important to have a place where you’re guaranteed foot traffic and it’s helpful to tie the show in with a larger event, like the open studios.” 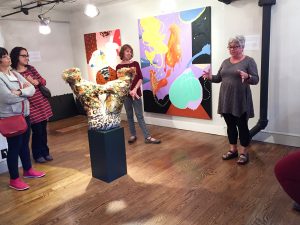 Jodi Colella explains some of the finer points of her sculptures at the pop-up called “Whack!”

The optimum time for a pop-up seems to be the weekend, for obvious reasons. Visitors have time off and an opening on a Friday feels like a festive way to end the week and kick off the event. “Don’t bother opening on a Monday or Tuesday,” advises Deeb. “There won’t be any traffic.”

If you want to turn most of the logistics over to a middleman, and if you’re looking to do a longer show, you can work with a new organization called Shim (www.shhhim.com) which helps “galleries and artists present professional quality exhibitions by and for themselves”—without gallery commissions or leases. “We’re empowering people to act as a gallery for a short period of time,” says co-founder Jackie Cantwell. “If you have a proposal for a show, you can access gallery space without having to rent it outright or create a gallery of your own.” For a small fee, you can join as an artist, a “connector” (basically a curator), or a gallery. Though not technically a pop-up, Shim has a flagship space at ArtHelix in Brooklyn and does invitationals twice a year.

The Point of the Pop-Up

Sales, says Adria Arch, are probably not going to be huge. “But it’s a way to get your name out there. We’re trying to reach curators, museum people, higher-end galleries.

“If something does sell, that’s great, but that was not the goal of the first pop-up we did and it’s the same with Appetite,” she continues. “We priced our work the same as it would be in a gallery, not like a yard sale. Professionalism was and is the goal.” 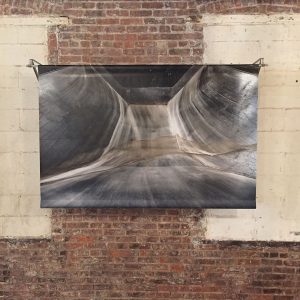 Art by Saul Metnick at a pop-op during Bushwick Open Studios, 2016

“The price point needs to be fairly low, if you’re trying to sell the work,” claims Matthew Chase-Daniel from Axle Contemporary, a portable gallery space in Santa Fe, NM, that resembles a food truck from the outside. “Serious collectors want the reputation of a known dealer or gallery when they’re buying. When you do a pop-up you’re generally forgoing that.” He cites pricing in the $50 to $100 range, if you really want to move the work.

The pop-up James Deeb organized, however, was targeted to raise money for ten causes and brought in $4,100. “The artists had a choice of taking 25 percent of the sale or giving all the money to a cause they’d chosen,” he says. Prices ranged from $250 to $1400, with most works falling between $300-$400. The highest price paid was $800. “I think more expensive work would sell more often if the artist/organizer had an on-line post-exhibit platform that allows the buyer to revisit the work after they have thought through the potential purchase.”

But selling seems not to be uppermost in the minds of most artists and organizers interviewed for this report. It’s getting the attention of dealers, curators, and other professionals. And to that end, your mailing list and social media contacts are key. “I did everything on social media,” says Deeb. “I don’t have a budget to do advertising, but I wanted to bring in as many people as I could fit into the gallery.” And, of course, in a group show, individual artists can do their own outreach to their own network.

But in this day of overflowing email in-boxes, the investment in hand-written invitations could pay off. I’ve always liked the outreach of Cheim & Reid Gallery in New York, which sends out folded posters for certain shows. These may not be suitable for framing, but they certainly get your attention. For their first pop-up, “Whack,” Arch and her partner in that venture, Jodi Colella, produced a short but handsome catalogue, another way to announce the artists’ seriousness about the event. 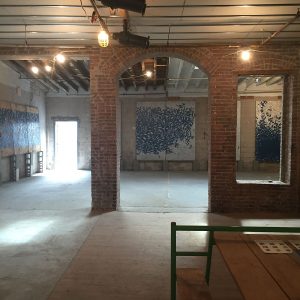 As Arch emphasizes, making the show an art experience with panels and other attractions can keep interest levels high. Inviting curators and dealers to participate also pumps up the professional cachet.