How to Talk to a Reporter 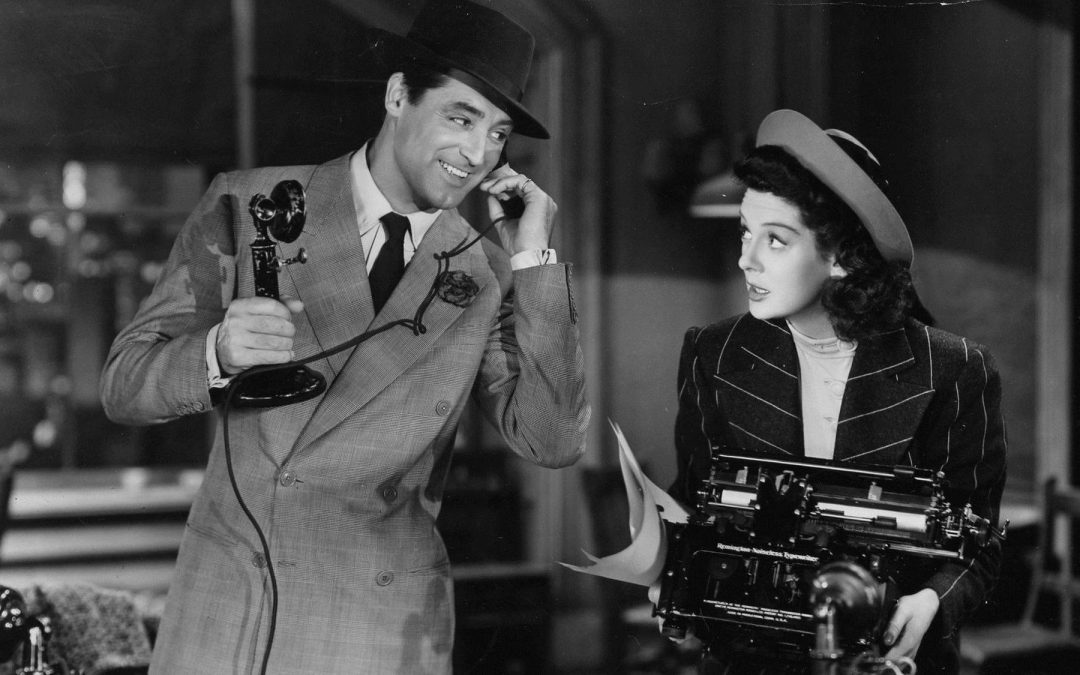 How to Talk to a Reporter

Yes, believe it or not, it can happen to you—or maybe it already has. A writer from a local newspaper, an arts magazine, or perhaps, one day, even The New York Times will give a call or send an email, saying she wants to talk to you for a forthcoming profile/feature/online or print interview. Here are some things you ought to know about this particular rite of passage and how to prepare yourself.

Find out everything you can about the publication and read as much as you can for background. If you compare, say, a profile in ARTnews with one in a newspaper, the Times or The Wall Street Journal, you will discover a world of difference. The former assumes a specialized audience, cognizant with the world of art; the latter targets a more generalized readership, reasonably intelligent but not one that will know what you’re talking about if you happen to go off on a tangent about Joseph Beuys or post-conceptual feminist theory. So try to tailor your answers to questions accordingly. 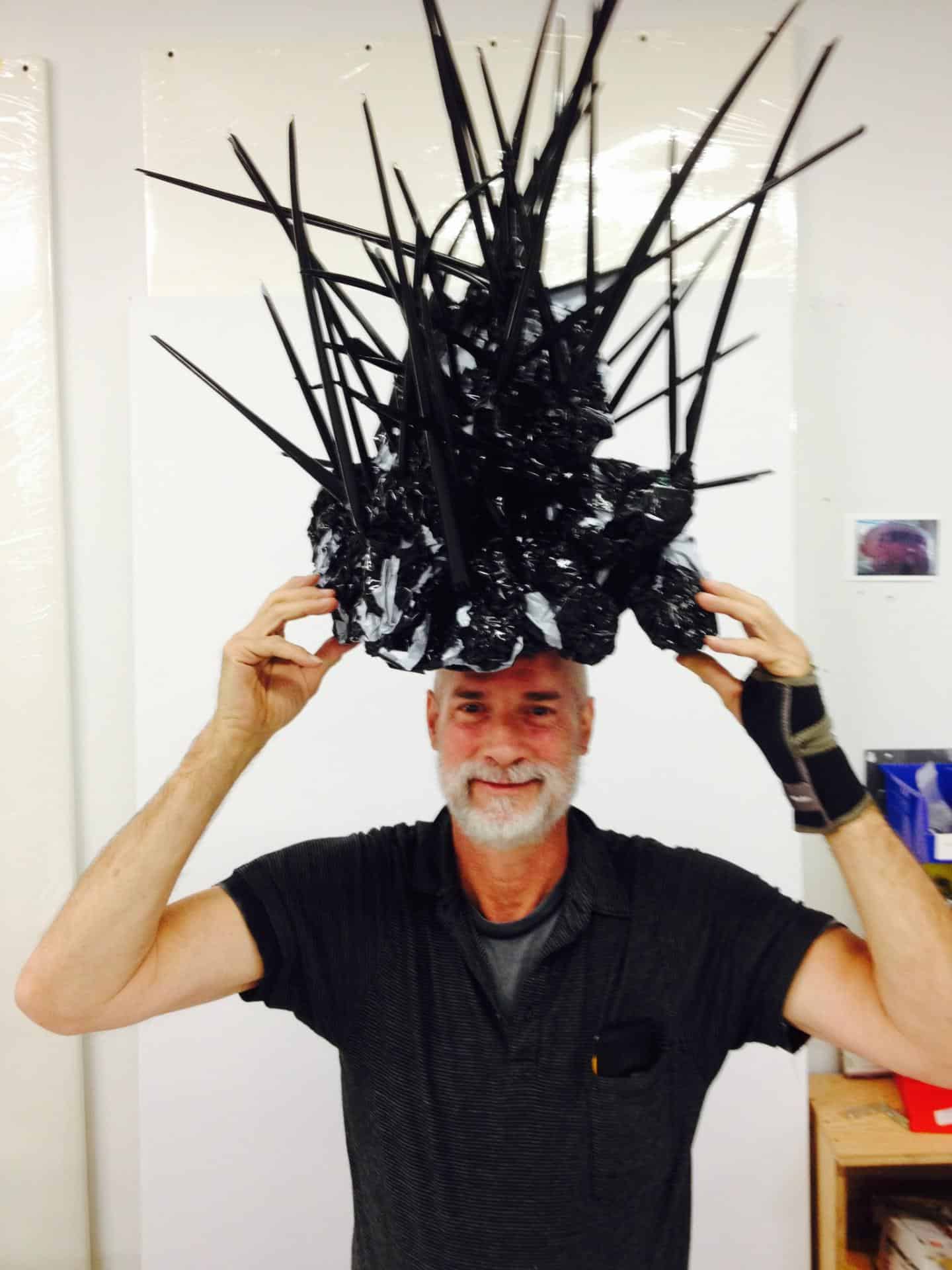 William Norton’s harrowing ordeals, along with his work, were what motivated this writer to get in touch

Get to know the writer or reporter. Find other published profiles or interviews. Try to get a sense of her breadth of knowledge and sophistication (and, trust, me there are many writers who are totally stupid about art but manage to land assignments covering artists anyway), and pay attention to her general attitude toward artists, There is one particular writer for the Times, who for reasons unknown to me is almost invariably hostile toward her subjects (why this is so and why the Times continues to publish her work is a mystery).

Try to suss out what you will be asked, even though this may be generally futile, because I certainly never know all the questions I’m going to put out there—and prefer spontaneous conversations anyway. But you could sweetly inquire into some general guidelines: Will you want to know about my childhood, my education? What got you interested in my art in the first place? How much will you want to know about my personal life? You can also set some limits (this has happened to me time and again, especially when working with a public relations rep): For instance, “You may not ask about my relationship with Marina Abramović. I won’t talk about my conversion to Islam. And anything I tell you about Jeff Koons is off the record.“ And these last three little words really are important. If you feel the conversation is veering into tricky territory but you’d still like to talk, simply say, “What I tell you now is off the record.” Any self-respecting reporter is bound by the rules of journalism to honor that request. 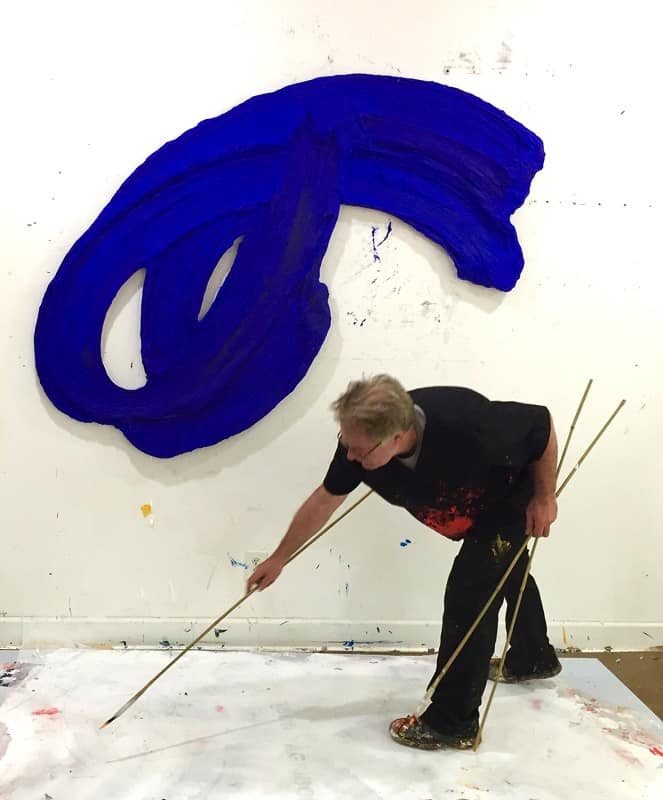 Still in touch with his inner child: Donald Martiny

You can also ask for quote approval. If you’re worried about how you’ll sound in print, request that whatever you’ve said be read back to you or emailed. But know that no writer will ever let you get a gander at the entire manuscript before it’s in print or online. Once it’s published, if the story is in a magazine or a newspaper, there’s not much you can do to correct errors or misconceptions, other than write a letter to the editor. But online is a different beast: I can and always do make corrections to the text once a post goes careening into cyberspace. I’m hoping other writers do too.

Have some good back story. Sift through your history and identify those moments that were absolutely crucial to you as an artist. In his interview with me, for example, Donald Martiny recalled a kindergarten teacher who gave him two jars of poster paint. “I remember being entranced looking into those color pots,” he told me. “The first thing I did was drop orange paint into green paint. I think it was at that time that I knew I wanted to do something with color and movement.” Christopher Rico recalled travels to Europe in his twenties, when he was bowled over by the powers of sacred art and architecture—the cathedrals and the formidable painters of the Renaissance and Baroque. “I found that visual language could have qualities the written word did not.”

And remember that reporters love juicy. When William Norton first wrote to me a couple of years back, he related some harrowing details of his personal history—an ex-wife who had kidnapped his son, a fire that destroyed his loft. I was hooked. But probably none of this would have made it into a profile if his trials had not had a big effect on his art. Not to get too sensationalist, but are there details of your life story that are worth weaving in? Writers are always trolling for anecdotes, those telling or transformative moments that make a story come alive. They don’t have to be as traumatic as Norton’s ordeal, but they do have to be colorful and revelatory. 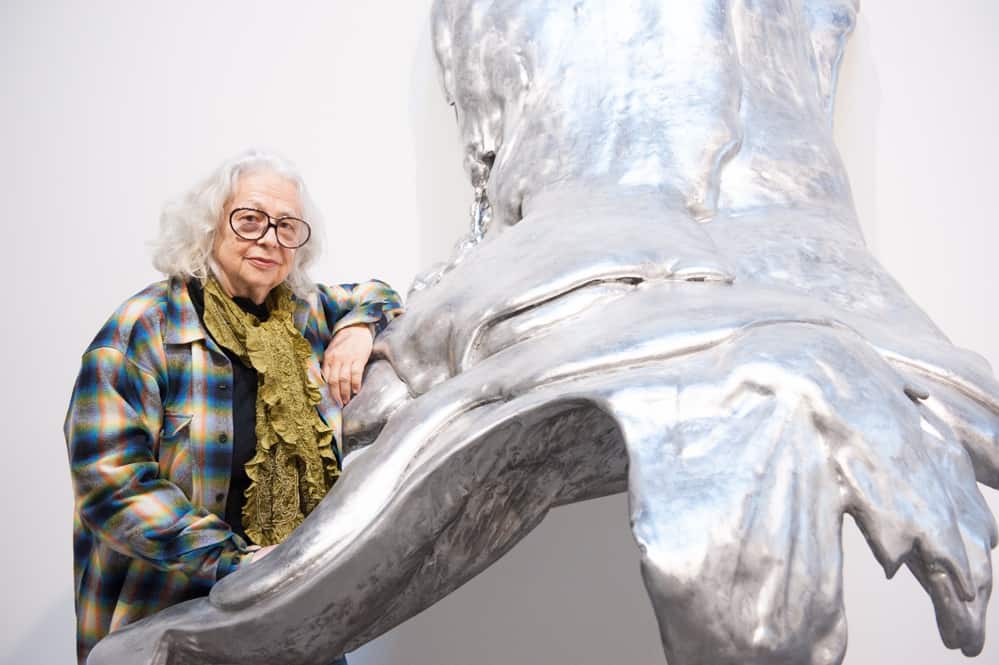 Try to be articulate and coherent. Few of us can ever sound as mellifluous and suave as Philippe de Montebello, the former director of the Metropolitan Museum of Art, whose sentences unspooled like a gleaming string of pearls at every press conference (the Continental accent didn’t hurt), but we can try for the right word and a more-or-less complete sentence. If you need time to think about a response, take it. If you’re nervous about how you’ll sound, know that most editors clean up after everyone, even and especially the writer, and see the advice about quote approval above.

By “coherent,” I mean keep the narrative straightforward. When I interviewed Lynda Benglis about eight years ago, she leaped  among events 10 or 20 or more years apart, her mind careening over her personal history like a flash flood. So I repeatedly had to stop and ask things like, “When was it you threw the brick at your ex-husband’s car?” This does not surprise me in artists, whose minds often don’t work on the typical narrative track, but if you think you’re prone to certain elisions in your personal history, please do warn the reporter.

And don’t worry overmuch if you’re not happy with the way you appear in print. I’ve seen both savage profiles and nasty reviews that seem hurtful for reasons probably no one will understand (unless writer and artist have had a bad falling-out). Tina Brown, the doyenne of celebrity journalism, once remarked, “There’s no such thing as bad press. All press is good press.” Better to be noticed than sulk in a corner.

And if no one comes calling and you’d little more press coverage, please listen to my interview with Shannon Wilkinson on tips for putting yourself out there.

Top: Cary Grant and Rosalind Russell in “The Front Page”