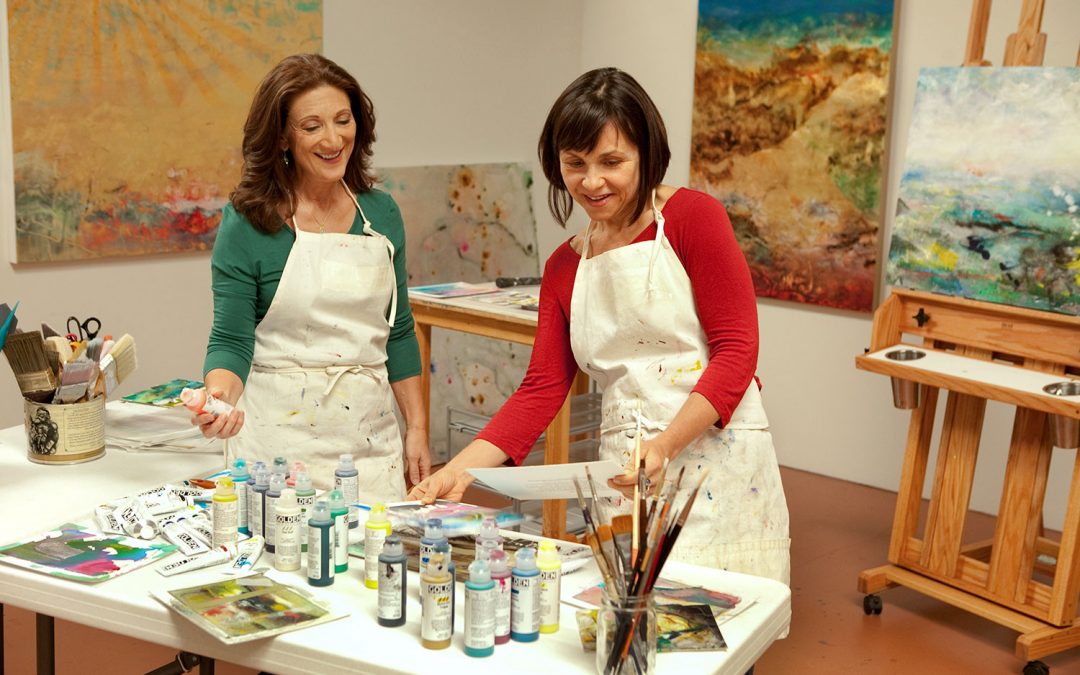 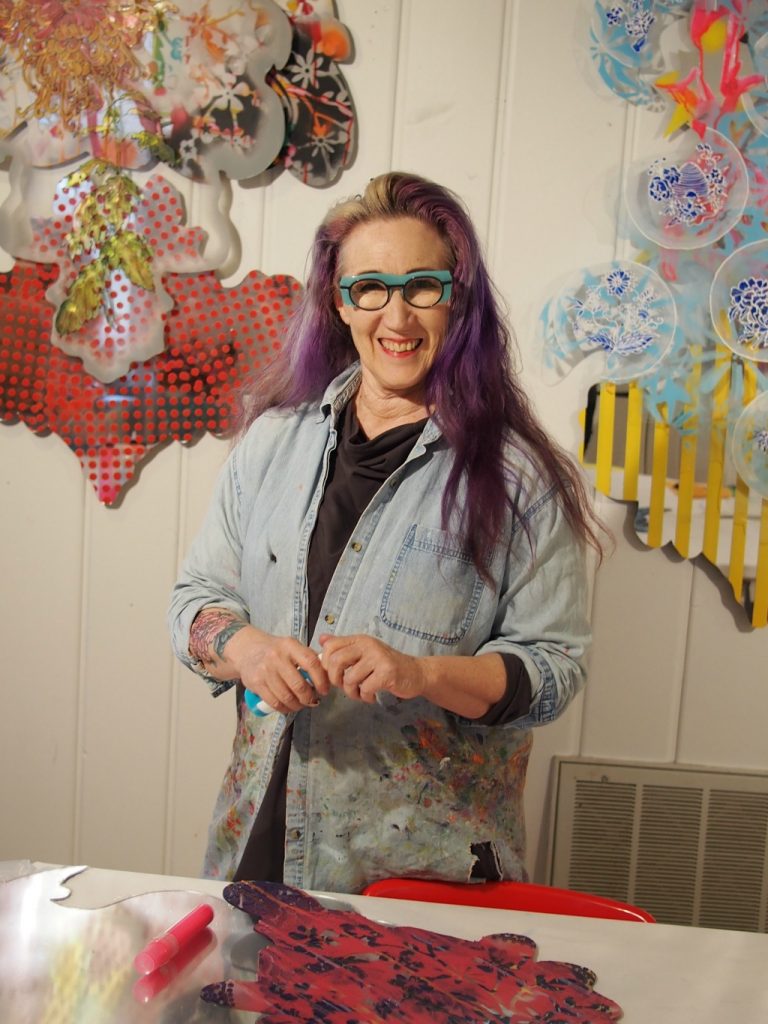 Patti Brady in her studio in Greenville, SC

Nice Work if You Can Get It

When I noticed that several painters who are Vasari21 members had certification from Golden Artist Colors—a company that specializes in acrylic paints, mediums, and grounds and has officially been around since 1950—I was curious about what that particular stamp of approval meant and what the artists were getting out of it. So I talked to Patti Brady, director of the Golden programs, and three site members who were either designated “artist educators” or “working artists.”

More than two decades ago, Brady, an artist with a sideline in sales in the art-supply business in San Francisco, was giving lectures about how to use acrylic paints and mediums. She realized a lot more could be done to educate artists about the medium, which over the years has grown to encompass a huge array of products—high-flow and open colors; fluid and heavy-body paints; varnishes and top coats; and gels, pastes, and other mediums. In the past few years, the program has evolved into two categories of teachers to spread the word about Golden products: Golden Artist Educators and Golden Working Artists. Training for each is different, but for both, stresses Brady, “there are no sales involved. These are purely artists who educate.” 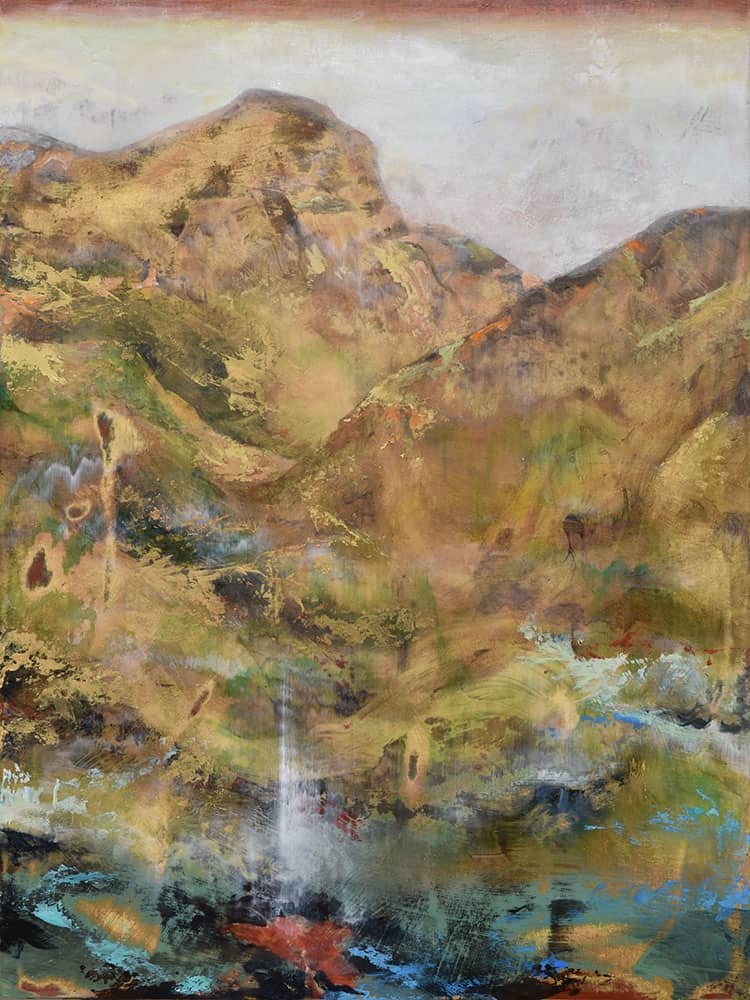 About 16 years ago, Nancy Reyner, an artist who now lives and works in Santa Fe, had a position with the city of Phoenix as a “resident artist” and was teaching life drawing and oil painting to members of the community. “Golden sent a rep to my classroom,” she recalls. “I watched him give a demo, and he was very interesting. He took over the class for an hour, but was not like a product salesman.” A year later she was asked to teach an independent group of artists who wanted to learn more about acrylics. “I called Barbara Golden [wife of Mark, the company’s CEO] and asked if they had extra brochures. She said, ‘We have this program…’” Reyner went to San Francisco for a week’s training and came home with a “big box of free paint.” She asked herself, “How can I make this medium work for me?” She took a year to work on her own but “that was the beginning of a love story between me and acrylics.”

The medium “had a bad rep at that time,” she adds. “People thought it was plastic-y.” But now there’s “a line of binders no other discipline has—mediums, gels, pastes. Each has a totally different quality. You have this huge toolbox that doesn’t exist with any other medium.” As a Golden Working Artist, Reyner has been doing two-hour demonstrations (for which she is paid) at colleges, art-supply stores, and different arts organizations, as well as giving workshops in two states, Arizona and New Mexico (it’s up to her to recruit students for these, but she earns points toward the purchase of Golden products). “They take a up to a year to train you,” she says, “You basically become a chemist. You wouldn’t believe the amount of information you need.”

“One of the Best Paint-Company Programs I Know”

Is the assessment of Adria Arch, a Boston-based artist who is a more recent graduate of the Golden Working Artist Program, which now entails three phases of training, including a five-day boot camp at Brady’s studio in Greenville, SC, immersion in a 25-chapter technical manual, and four days of training at Golden Artist Colors headquarters in New Berlin, NY. 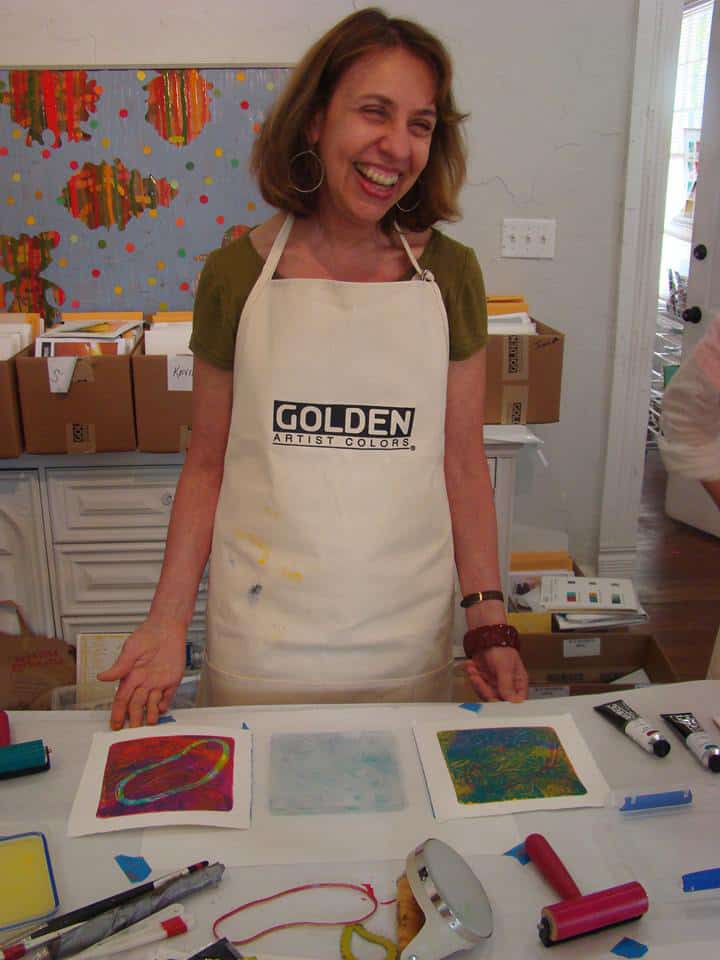 “Even though I’d been using acrylics,” Arch says, “I have to say I didn’t know anything about all the products, and I’ve gotten better and better.” After “boot camp” and close study of the manual, there’s an oral exam to test understanding of the technical aspects. All the prep, she says, “gives us the knowledge to go out in the field and give two-hour lecture demos. I go to local retailers, arts schools, and museum programs.

“In addition to the demos—I do about 18 a year—I give focused workshops on techniques. One I do that’s popular is printmaking with Golden acrylics. I get paid directly by the people who take the workshop, and a lot of times I do these out of my studio. I reach out to people who have come to the lecture demos, and Golden provides the materials for the workshops.”

The training, adds Brady, “Is over a six-month to one-year period. Sometimes it can take up to three months to master the workbooks alone. The second phase is slightly different for all the WAPs.  It always includes some sort of educational component where trainees get in front of an audience—that could be a lecture, a retailer workshop, or possibly a trade show, like the National Art Educators.” 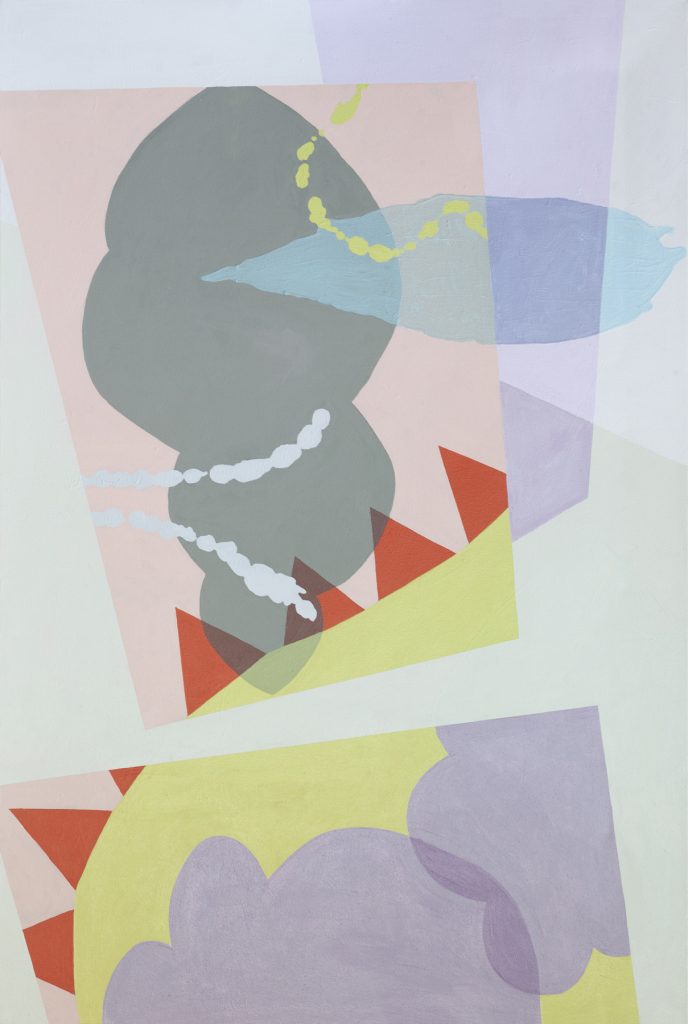 “I had to switch to acrylics when I moved to a new studio and had two kids,” says Barbara Cowlin, who now lives and works in Oracle, AZ. “The smell and the toxicity from working with oil paints bothered me. I struggled for a few years—this was the mid-1990s—but I just couldn’t get acrylics to work for me. I was friends with Nancy Reyner, who was in Phoenix, and we hit it off and would get together informally to do figure drawing.” She also watched Reyner do demos “about 10 or 15 times.”

When Cowlin learned that Golden was starting a new program, she put in an application that required an interview, recommendations, a résumé, and images. “Eighteen of us were accepted into the program. We all met in New Orleans, and we had intense training for four days.”

The training, she said, gives an artist “a certain seal of approval.” Cowlin had been teaching workshops in her studio and had reached a point where she wanted to get those out of her working space “so that the studio is just for me.” Cowlin does not give demos, the way those in the Working Artists Program do, but having the expertise and the Golden Artist Educator training has put her in higher demand with different programs around the Tucson area.

“After a little bit more than three years of training, and because we get products to experiment with, the Golden experience took my painting to a different level,” she adds. ‘I have a greater comfort with the materials and the confidence to mix things to get the effects I want. Eventually you get to the point where it’s just instinct.”

“I can see what the training does for artists’ works, both the teachers and the students,” claims Brady. “I have seen people’s work change because of understanding the products, and they acquire skills and knowledge they can impart to other artists.”

Artists who apply for the Working Artist Program are personally interviewed by Brady and need to have an MFA, BFA, or “the equivalent in an exhibition history.”

“Obviously,” she adds, “we want Working Artists in a city with a dense population.” There is a fee of $500 for the Golden Artists Educators Program, but it includes five nights’ accommodations in New Orleans, all meals, training, and all materials. Those interested in the GEAP do not need the degrees, but should have a “current and active business teaching artists.”

The number of designated Golden artists in either program is limited: altogether, around the globe, 140. And the competition is stiff. “When I advertise for artists, I get 100 applications for 20 spots,” says Brady 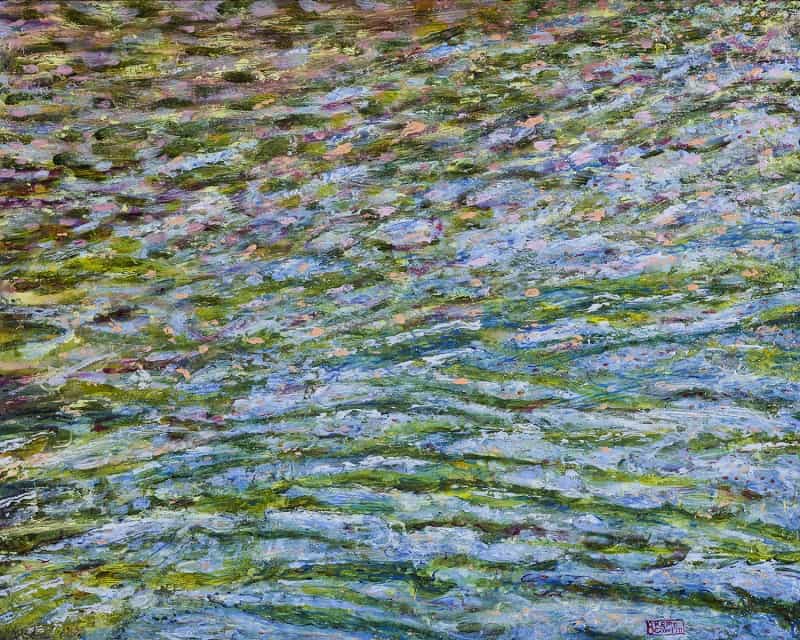 Aside from learning all about the products, getting paid to do demos, earning the company seal of approval, and maybe seeing a bump in painting proficiency, “the community built around this group is really wonderful,” says Cowlin. “We even have a Facebook page.” There are also free materials for workshops, points toward purchase of products, and occasional conferences, such as one timed recently to coincide with the Miami Basel art fair.

For some, the Golden programs may seem like TMI or a distraction from individual goals as an artist, but for those dedicated to craft and invested in teaching, the opportunity may be, well, a golden one.

Click here to find out more about both programs.