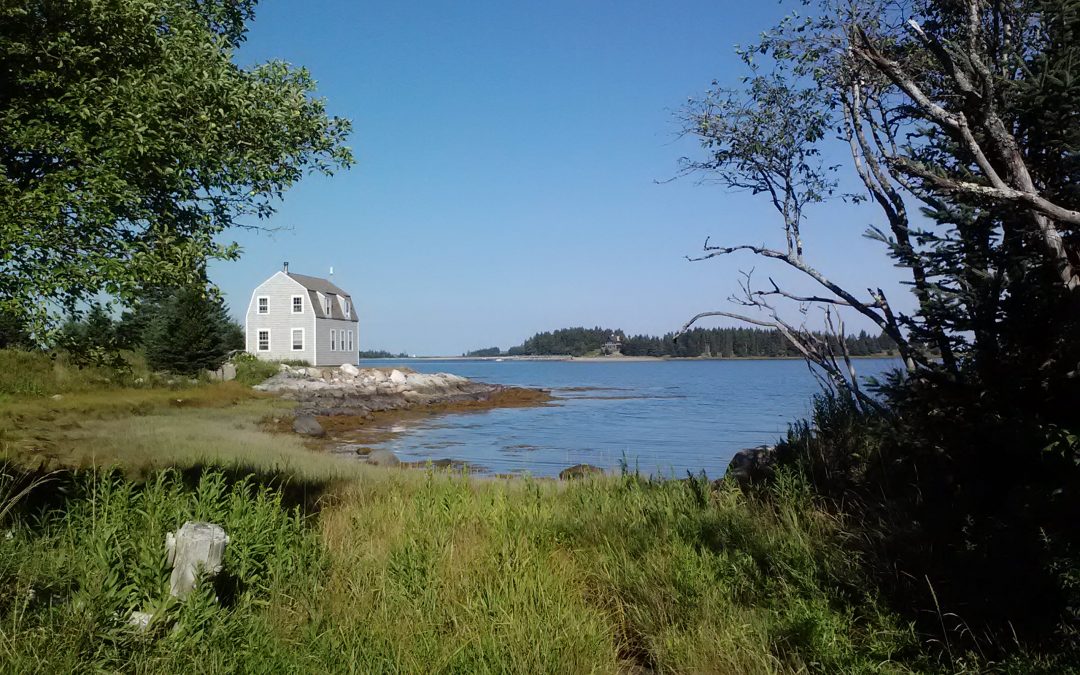 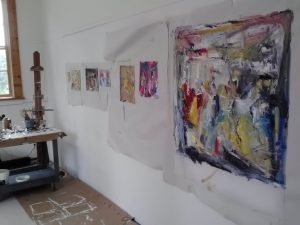 Located on Cranberry Island off the coast of Maine, the home and studios of painters Jack Heliker and Robert LaHotan have been converted to accommodate “mid-career artists of established ability, not emerging talents,” according to the website. Three- and four-week sessions for three artists at a time are scheduled between June and October, and the complex of buildings includes a winterized and updated 19th-century farmhouse, three separate private heated studios, and a storage barn—“all located on a private stretch of shorefront with serene views across a tidal basin known on Great Cranberry as ‘The Pool.’ Lawns and informal flowerbeds surround the buildings and a terrace at the side of the house overlooks the water.”

The studios are essentially for painters and equipped with easels and workstations—they are not, says the site, suitable for welding or large-scale sculpture. A newer studio with “more controlled light” is available for printmaking with an etching press and running water. Artists’ lodgings are in the main house or another residence nearby. Residents have private bedrooms and use of the large and well-equipped kitchen, library, and other living quarters, and are responsible for their own meals (but there are occasional communal dinners in the main house). An island general store stocks essentials, and groceries can also be delivered from the mainland via ferry. The island also has a library with computers for high-speed and wireless Internet access, and a small museum, historical society, and cultural center. Some cell phones do not work in all locations on the island; residents may make brief long-distance use of the foundation telephone for emergencies only. 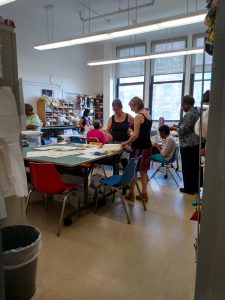 “Studios are scattered around the island,” says Jim Condron, who was a resident in the summer of 2012. “I’ve spent time at the VCCA and the Edward Albee Foundation in Montauk, NY, but this is by far the prettiest. It’s a really small community, which you quickly become part of, and the chemistry when I was there was fantastic. I’m still in contact with every single person who was in residence, along with the director. I had a studio space in the library, which doubles as a schoolhouse. The foundation itself occupies a big property, right on the water, and there’s not much reason to leave the premises. I could bike to wherever I needed to go.”

The residencies that are part of the Carter Burden Network are for day-trippers within commuting distance of East Harlem in Manhattan, and for older professional artists. The program is not advertised on the Carter Burden website (an organization that also supports a Chelsea gallery devoted to work by artists 60-plus), and participation is by referral and invitation only. “You’re an artist in residence at a senior recreation facility,” says Barbara Lubliner. “Your studio space is on a floor devoted to art. The floor has a ceramics studio, a sewing studio, a mixed media studio—along with a computer room and the artist-in-residence studio. It’s a great space with beautiful light. You’re expected to be on hand from nine to five every day, but the studio is also open on weekends.”

“One of the attractions for me is that I wanted to be part of a community,” Lubliner continues. “There are excellent teaching artists affiliated with the center, and when you’re there you can work in any of the other studios. I used the sewing studio, and was able find an instructor who could show me how to sew slide-sleeve pages for a project I’ve been pursuing.

“There’s some interaction with the older people who take part in the Carter Burden programs, and you’re expected to do a bit of community service, a workshop or a course. It’s an extremely diverse group—Spanish, African-American, people from Chinatown, even well-heeled women from the Upper East Side. It’s a real mix of ethnicities and background, and a wonderful bridge across cultures.”

Artists in residence can avail themselves of breakfast and lunch at the center, and once you’ve been a resident you can take classes any time you want. For more information, contact Liz Curtin: curtinl@carterburdennetwork.org. 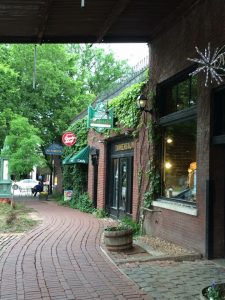 The Old Market district near the Bemis Center in Omaha, NE

The Bemis Center for Contemporary Arts is located in the Old Market district of Omaha, NE, and has been supporting artist-in-residence programs for more than three decades.  “The center offers artists private live/work studios, financial support, technical/administrative assistance, and opportunities for intellectual discourse about contemporary art through free public programs, such as panel discussions, lectures, and knowledge-sharing workshops,” says the website. “To date, nearly 900 artists have participated in the residency program.”

Three-month residencies take place between late May and mid-August, and are for artists pursuing a broad range of disciplines: painting, sculpture, writing, performance, puppetry, theater, drawing, printmaking, installation, architecture, fiber arts, and photography. The center has also just introduced a year-long program for a curator in residence. It’s also one of the few that offers a stipend: about $700 a month.

“The studios are in a former packaging plant with enormous warehouse spaces and are really impressive,” says Krista Svalbonas, who was in residence in the summer of 2015. “They’re great for individuals making large-scale work. My studio was 1500 square feet, and the smallest was probably around 600 square feet. Some residents were able to find interns to help with larger projects, and a liaison with a local college offers use of technical equipment, like 3D printers and laser cutters.

“These are live/work spaces with a kitchen, a bedroom in one nook, and a bathroom,” she continues. Residents can pick out their furnishings—desks, chairs, stools, and so on—along with supplies left over from previous residencies. “There are lots of different found materials,” reports Svalbonas, who recalls seeing, among other oddments, a bin of old eyeglass lenses.

“You basically sustain yourself,” she says. “You do your own cooking and it’s up to the residents if they decide to eat together. We did that as often as we could, at least once a week, so that we could sit down and chat. I’m still in contact with two of the other artists, one of whom even recommended me to a gallery. It evolved into a small tight-knit group.”

The Old Town ambience is another plus. “There are cobblestone streets, a farmers’ market, and a great little French restaurant,” she adds. “I wasn’t expecting that level of sophistication. You don’t need a car—though one is on hand for residents’ use—because everything is in walking distance.”

Tucked away in a remote corner of Iceland, in the scenic seaside Northwestern town of Blönduós, the Icelandic Textile Center is one of few in the world offering residencies devoted to textiles and fiber art. Accommodations are fairly spartan and dormitory style (this was once a women’s crafts college)—offering single beds, a desk, and closet space—but the views are spectacular. “One night I snuck into the studio, opened the windows and just listened to the wind and the ocean,” says Barbara Bryn Klare, an artist from the San Francisco Bay Area. The large studio is shared with six or seven other residents, who all use the kitchen facilities to prepare  meals with staples from a nearby grocery store. 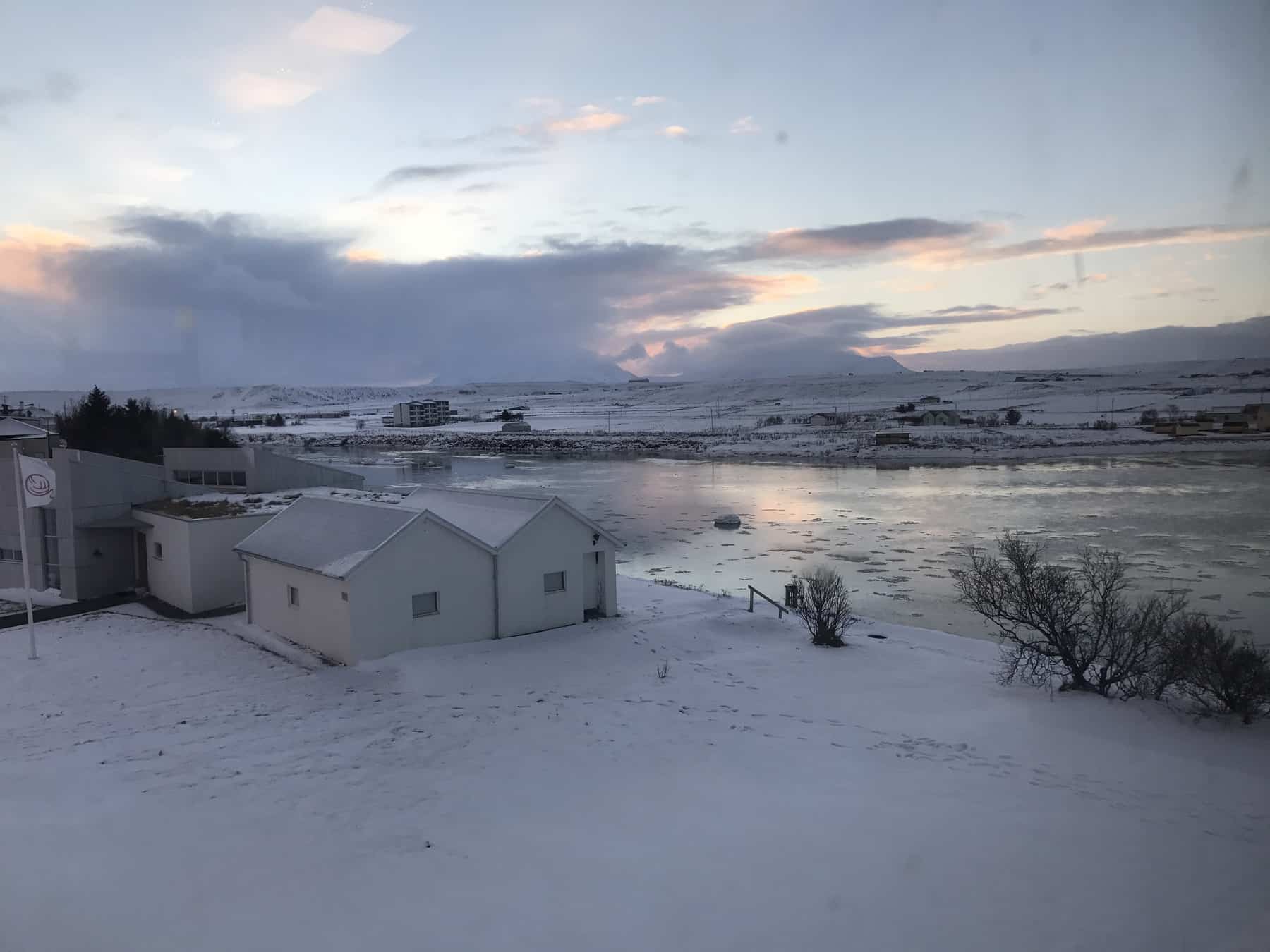 A view of the Blanda River at the Icelandic Textile Center

“When I was there in November of 2016, there were at most two other people in the studio or the dye room,” recalls Klare, who went in pursuit of an “elusive blue” she had seen in a photograph of Iceland, and notes on her website that “this blue represented everything I wanted—being still, frozen, and pure. I had never been to Iceland and I had never been that far north in my life. I not only found the blue I was searching for, right in the studio one morning, but many other rich and deep soul-fulfilling blues.” 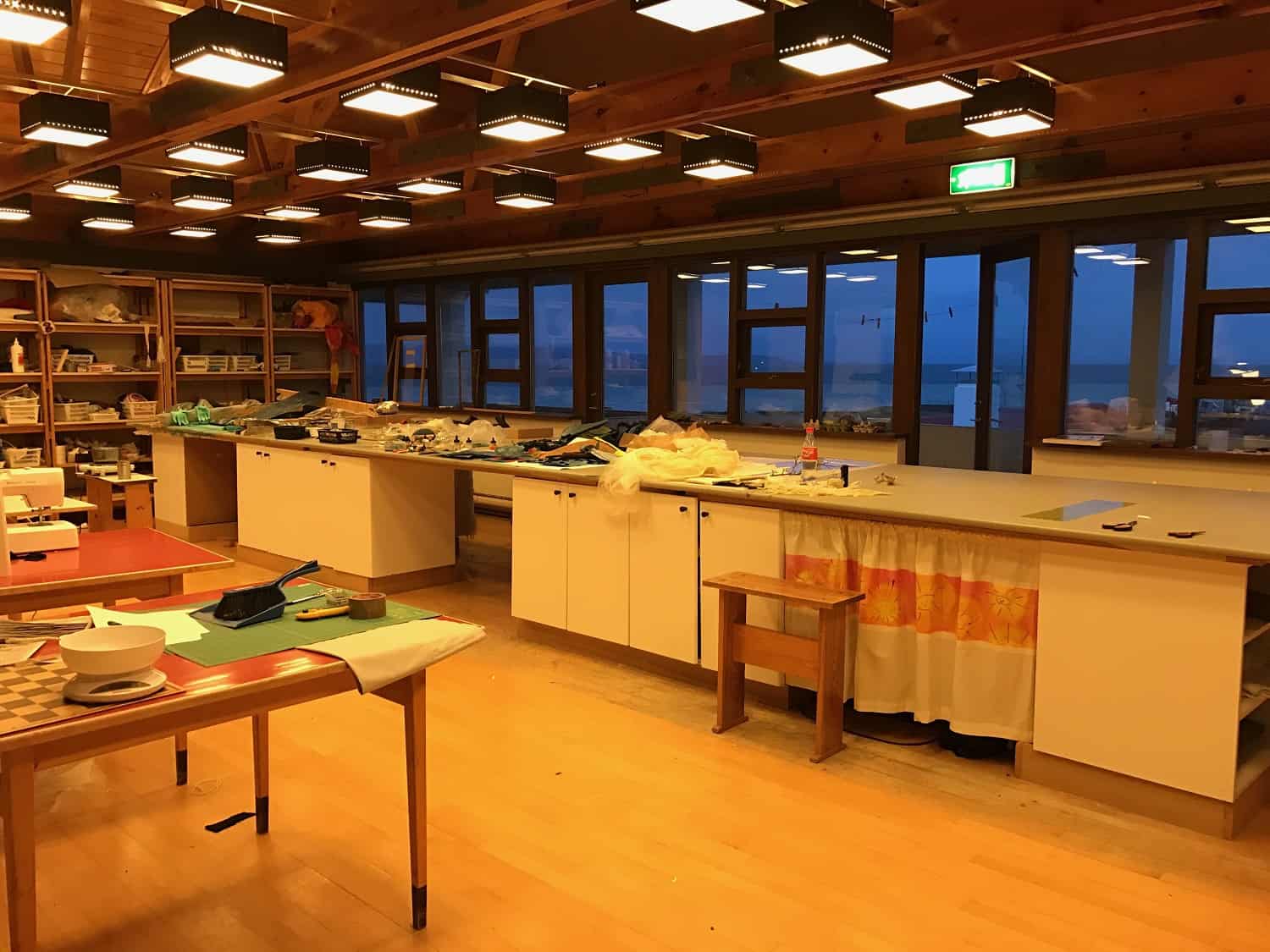 The communal studio at the Icelandic Textile Center

There are lots of vintage looms, she adds, and the site describes a digital TC2 loom for weavers who stay in a three-bedroom house, where the loom is situated, along the banks of the Blanda River.

“I’m not sure I would go there if I were a painter,” adds Klare, “but for what I do, which involves a lot of crossover between drawing and textiles, it was idyllic. I created an entire body of work during the month I was in Iceland. I was there for the first snow, and the countryside is just breathtaking, and it’s so remote you can really focus and not think about the things you don’t want to think about.”

The fee is approximately $800 for the month, including accommodations. Residents pay their own airfare and bring their own supplies. “I managed to take everything I needed there and back in just a large suitcase,” says Klare.