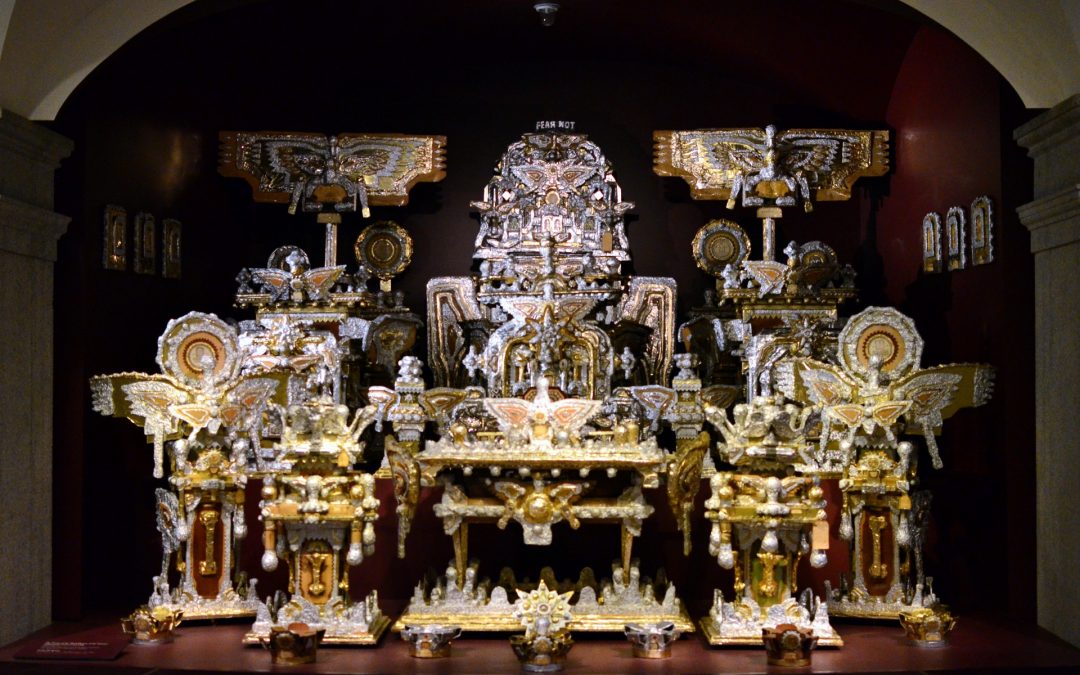 Everything begged to be saved:

three-legged tables, arthritic
chairs. The blind light bulbs
and sprung valises longed to be lifted,
transformed. With his dreaming
eye, he saw them as they might become:
an altar wrapped in foil; the gimpy chair
reborn as throne; six twinned pedestals
with flower-faces, strumming brassy music
of the unreal world. And blazoned over all:

The kingdom of heaven is made of junk.
Busy as a spider in the dark
garage, he built it, fettling forth
winged symmetries and curious
entablatures. A makeshift architecture,
tenuous as a breath. Transported here,
exposed to public view, it leans away,
hoarding its darkness. Leaving, we walk
into sorrier streets than any Hampton knew.

No one has appeared to mount the throne,
yet all is readiness. A velvet ribbon
bars the door to the unenterable room.
from Innocence

JEAN NORDHAUS is the author of Innocence (Ohio State University Press, 2006), in which the above poem first appeared, as well as three other books of poems, including, most recently, Memos from the Broken World. She lives in Washington, DC, and is the reviews editor of Poet Lore.