Until recently, little has been known about the early years of Agnes Martin, who first began making her magical grid paintings when she was well into her forties. In 2011, Jina Brenneman, then curator of the Harwood Museum in Taos, NM, put together a show of Martin’s works from the 1940s and ‘50s, a feat of dogged detective work and pure perseverance (the artist had declared that she wanted the works destroyed). After leaving the museum, Brenneman and her collaborator, Kathleen Brennan, put together a lively and revelatory documentary about Martin’s life before she moved to Manhattan in 1957.

“Agnes Martin: Before the Grid”  is now making the rounds of film festivals and earning well-deserved acclaim (there will be a screening in Venice, CA, at the Fine Arts Film Festival on May 13.)  Brenneman talks to us about some of the discoveries made in the course of researching Martin’s life before arriving in New York: how she came upon an early canvas in a school closet, the artist’s battles with schizophrenia, and a long-term love affair that shaped her younger years. 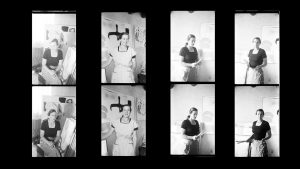 Photos of Agnes Martin in Taos, NM, when she was in her thirties. 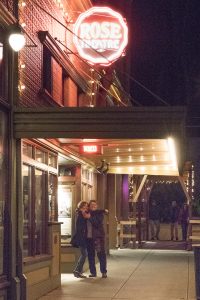 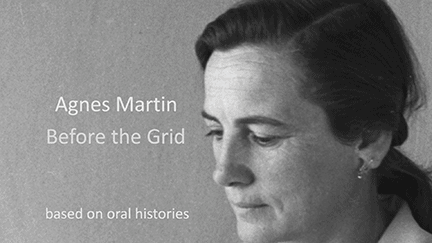