When I first started working on staff at ARTnews, a little more than 20 years ago, I was on the brink of a divorce after several years of freelancing and corporate wifedom (at which I was not very good). The magazine represented both a safe haven and a chance to do something with those rusty Ivy art history degrees that never got much of a workout (I used to joke that a subway token and an M.A. in art history would get you to the Cloisters).

Along with other staffers, I took to trolling the galleries on Saturdays, attending museum press previews, and partaking of other rituals of the art press, and within a year felt like I’d had a better crash course in contemporary art that could ever be offered in academe. “Non-art” friends who accompanied me on gallery crawls were often alarmed at the speed with which I would breeze in and out of various venues, muttering “Nothing here,” but after a while you quickly learn which are showing important serious artists and which are simply clueless (and will probably fold). 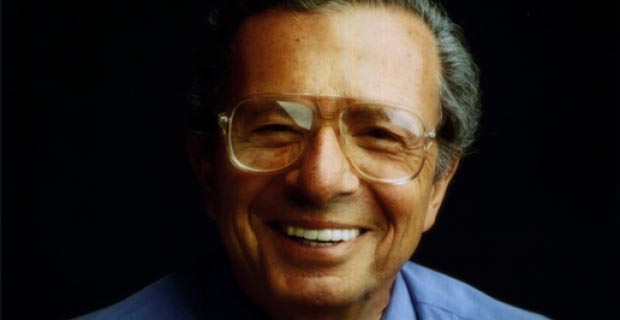 I was writing perhaps five reviews a month, along with profiles, news items, book reviews, and working as an editor on various stories written by others. As a veteran of the New York Times school of writing and reporting, editor in chief Milton Esterow had a few fairly simple rules for writing reviews, which varied in length from about 275 words to a lead review of around 450 words. Keep the language simple and vivid, try to announce upfront how you felt about the show, and if your take was completely negative, don’t even bother writing about it. A mixed review was okay, but a total pan was not permitted.

I developed my own formula for writing about solo gallery shows: Introduce as much background on an artist as you can in paragraph one, expand on the work in paragraph two, and wrap it up in paragraph three by expressing any reservations and noting where the work might have been stronger. There were times, though, when I saw things so bewildering I felt that no way on God’s green earth could I find the words to describe what was going on (and now I wish I’d kept some of those old copies of the magazine to see what I was reviewing way back when—almost none of this is online, unless it’s under a gallery or artist c.v.). My editor would say, “Of course you can find something to say. Talk about the colors, talk about the shapes, talk about whatever content you can or can’t find.” And, yes, usually a sentence or two would prime the pump and keep a few more flowing. In the case of a Jeff Koons show, about 15 years ago, I recall simply reporting on the reactions of little kids, who were enchanted with his giant beach toys (but not nearly as interested in the pin-up images).

How selections were made was always cloaked in a bit of mystery, with the reviews editor presenting a list of possibilities to the executive editor and the editor-in-chief (and, yes, advertising played into the final selections in a calculated algorithm I could not even begin to analyze, but I can’t believe that’s not true at every art magazine). I would estimate that about 40 percent of the shows I asked for, I got; the other 60 percent were assigned (though I was always free to just say no). Who made the cut or what grabbed out attention was also equally mysterious: I remember more than a decade ago sharing a card for a show of paintings by Julian Hatton with my editor at ARTnews and saying, “These look kinda neat, don’t you think?” And we both agreed, and thus was born both a review and a friendship.

Writing for the magazine opened up the art world to me, and the range of assignments—from news to profiles of artists, collectors, and curators—was, for me, a way of staying fresh and exercising my brain on many fronts (how writers who write nothing but reviews do it without serious burnout issues is beyond me). But after two years, I decided I no longer wanted to be on staff and had stories I wanted to pitch to other venues. And I hated being stuck in an office.

When the new regime at ARTnews arrived in April 2014, and about half the staff was axed, the reviews shrank in length and numbers (down to five nationally where once there had about ten to fifteen), and at one point declining to 200 words per (“How are you at haiku?” my editor asked). And now the rumor is there will be no more, the end of a tradition that goes way way back to the days when Fairfield Porter and Elaine de Kooning regularly contributed to the magazine. It’s sad, but it appears to be the way of the Web.

The Art Lives of Others

Knowing the constraints and parameters, self-imposed and otherwise, I operated under during the ARTnews years, I was curious to know how others—call them reviewers or critics—approached the task of writing about art. Not specifically how they arrived at a certain voice or style, but the nitty-gritty stuff: how they or their publications made decisions about shows, what criteria they observed, what annoyed or intrigued them, and if they’d ever heard back from artists about anything that appeared in print under their bylines. I was especially interested to know how the Times divvied up the weekly reviews (who got what and who has first dibs on, for instance, high-visibility museum shows?) but as I mentioned in Part 2 of this report, no one from that institution would talk to me (a shame because an accolade from the good gray lady can make a huge difference to an artist’s career). And forget about Jerry Saltz, who may still be smarting from his appointment as “clown prince of the art world” by Rob Storr, dean of the Yale School of Art, a few months back. But there were plenty of others who were willing to discuss the profession and their passions, and what guidelines they follow in reviewing art. 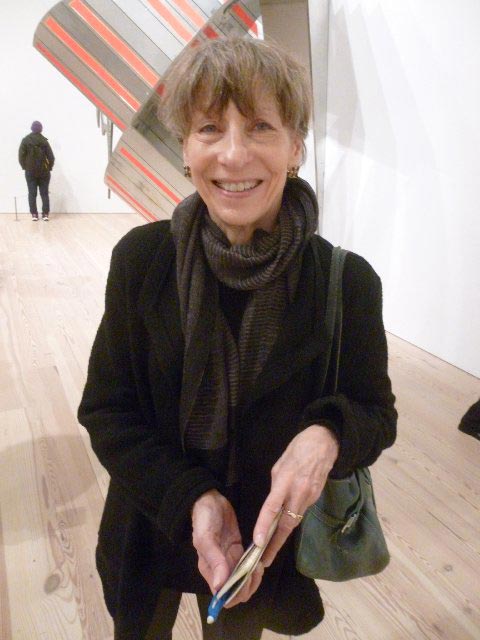 Karen Wilkin writes on art for the Wall Street Journal and the New Criterion, among other publications

“My great effort is to make sure I’m clear to any intelligent human being,” says Karen Wilkin, who writes for the Wall Street Journal, the New Criterion, and the Hudson Review, and is also an independent curator and a lecturer at the New York Studio School. “I try not to get too obscure, and I follow Mark Twain’s dictum: ‘Don’t use a five-dollar word when a 50-cent word will do.’” Edith Newhall, who writes on art for the Philadelphia Inquirer says that her role is to help readers understand what’s going on in the art. “I feel that I’m writing for an audience that is not necessarily conversant with contemporary art,” she says, “so I try to be more of an explainer.”

Newspaper writing generally has its own special demands. Paragraphs tend to be shorter, language cleaner and crisper. A sentence such as this, which I pulled almost at random from the Artforum website, would never make it into the pages of a daily paper. In summing up a show of Mark Grotjahn’s works, the reviewer writes: “The sculptures’ bronze base intensifies their pigments’ faintly oxidized look of museified Modernism—Van Gogh blues, Guston pinks—even as it cherishes cardboard’s original traits of ribbed corrugation and skirting flaps.” The sense of the sentence (“faintly oxidized look of museified Modernism”–huh?) might come into focus after a couple of readings, but that’s way too much scrutiny for your average newspaper reader. 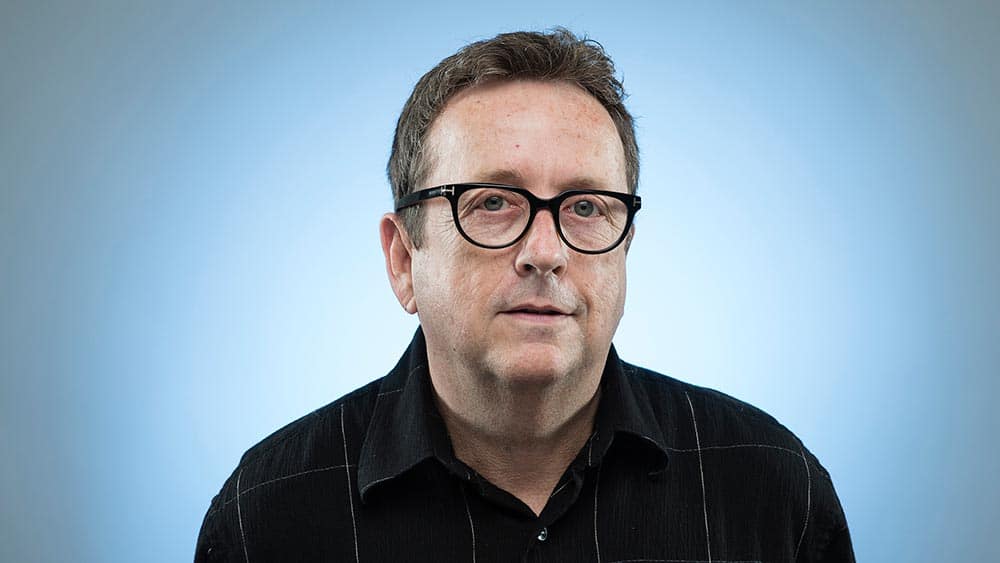 And the basic rules of news journalism need to be observed: “In terms of structure, in the first three paragraphs, the reader has to know where I am and what I’m writing about,” says Christopher Knight, art critic for the Los Angeles Times. “If that’s not near the top, my editor will move it there.” As for length, Knight says a round-up of several gallery shows typically run to 1200 words, whereas the “Critic’s Notebook,” longer analyses of exhibitions, can run to 1600 words. (If this sounds like a lot, consider that it’s often part and parcel of the newspaper beat. Michael Brenson, who now teaches at Bard College but was an art critic at the New York Times for nine years, said he averaged about 2500 words a week.)

Like many critics, Knight observes that “it takes longer to write short.” Wilkin recalls that when she first started reviewing for the Wall Street Journal, “I was writing 2500 to 3000 words. And now it’s become much harder to discuss things in just a few words.” And yet it can and has been done. When he first started out as a reviewer, Peter Frank, a curator and critic based in Los Angeles, wrote for the SoHo News, devoting one paragraph apiece to different shows (for the munificent sum of $10 per). The greatest difficulty in the short-short format, I found when reviewing for ARTnews, was trying to cover the highlights of a group show in 225 words or so: the names and works rolled like the credits at the end of a televised movie.

Among the critics most admired by the artists and critics I polled was Holland Cotter of the Times. “He’s a very thoughtful guy,” says painter Pat Steir. “And he has more of an art-historical perspective. It’s obvious he’s studied various kinds of art in depth.” Roberta Smith is cited as a must-read but not always with admiration. “I disagree with her frequently,” says Knight. “She’s incredibly parochial and has said herself that she’s nervous in cities where there’s not a major subway system.” No one I talked to went on a rant as savage as Rob Storr‘s in an interview with Brainard Carey of Yale Radio last April, but virtually no one showed much optimism about the present and future of art criticism either.

“It’s pretty obvious that digitization has kicked the slats out from under almost everything,” observes Peter Plagens, the author of a highly praised monograph on Bruce Nauman who also writes regularly for the Wall Street Journal and is himself an artist (Vasari21 will post a podcast with him in January). “There are fewer and fewer authoritative voices because a) we live in an age of rampant egalitarianism and everybody thinks his/her opinion is as good as anybody else’s, and b) those opinions are not only publishable, but instantly publishable.” The upshot, he adds, is that “95 percent of art writing isn’t any good. It’s either press-release puffery (writers have to eat, and the only thing that pays nowadays are celebratory essays, which encourage writers to throw inflated language at art), or impenetrable artblat”–a term he credits to editor and writing coach Sandy Ballatore.

If for any reason, you are interviewed by a writer or critic, you can ask for “quote approval,” and a respectable journalist will run whatever quotes she is using in her piece by you prior to publication. But don’t ask to see the whole thing–that simply isn’t done.