Feuds and Flaps and How Do I Get Noticed?

There was a time, not so long ago, when physical assaults were almost a routine art-world ritual, between artists and critics, artists and artists, and occasionally even critics and critics. The titanic 20th-century art czar Clement Greenberg seemed to to be forever brawling with artists, though he insisted, as reported in Florence Rubenfeld’s biography, that “the three fights I’ve gotten into in our circles have all been with Surrealists, or ex-would-be Surrealists, who make a practice of courting violence by abuse.” At a cocktail party in the mid-1940s, Max Ernst became so agitated by Greenberg (who had earlier called the artist’s landscapes “exceptionally well-manufactured scenic postal cards”), that he dumped a loaded ashtray on top of his bald head. The critic hauled off and socked him in the eye.

The Cedar Tavern was the site of many art-world disputes, fisticuffs among them (or tearing the bathroom door from its hinges, as Pollock was alleged to have done), but as the decades wore on, bodily assaults have seemed to taper off in favor of threats and shouting matches. As recounted in Janet Malcolm’s history of Artforum in the New Yorker nearly 30 years ago, Richard Serra began “jabbing a finger at [Ingrid] Sischy’s face and abusing her with a stream of invective” because she would not defend his sculpture Tilted Arc, threatened with removal from its public site, in the pages of the magazine. She told the author later, “I think he would have hit me if I’d been a man.” 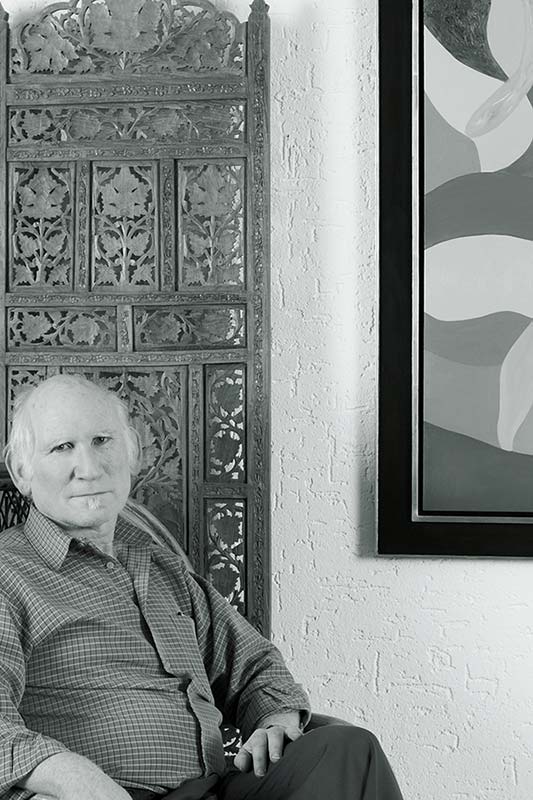 Years ago, when she was first starting her career as a critic, Karen Wilkin penned a review of a Canadian artist that was less than glowing. “I happened to run into him at someone else’s opening, and he threatened to punch me out,” she says. About a decade earlier, Peter Frank had written about a show of Walter De Maria’ s, and though he recalls being “quite enthusiastic,” the artist claimed the critic had “attributed too much of his background to Fluxus.” When De Maria did meet Frank, he said, “I want to punch you in the nose.” Frank recalls going back to the review, rereading it, and subsequently writing a note of apology to the artist. “But there was no further response,” he says.

Nowadays disagreements with critics are more likely to move to the ‘net. Earlier in the year, on the occasion of Kehinde Wiley’s second retrospective at the Brooklyn Museum, Village Voice art critic Jessica Dawson summed up the show as “predatory behavior dressed up as art-historical affirmative action,” barely stopping short of accusing the artist of seducing the models he culls from nightclubs and ghettos near his worldwide network of studios. The paintings, she stated unequivocally, were “kiss and tell.” Two days later Hyperallergic‘s critic Jill Steinhauer went on the offensive against Dawson, calling the review of Wiley’s show “barely veiled racism.” The online melee garnered 126 comments and 6,800 shares. And I found myself rather idly wondering where on earth Wiley would find the time and energy to seduce so many guys. He’s a busy and popular artist, giving talks and shows all over the globe. But the lesson is clear: a little controversy, even online, can garner a huge amount of attention. 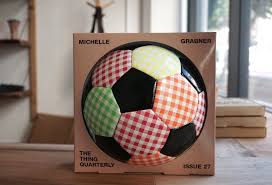 An even more lip-smacking brawl erupted on Facebook between New York Times critic Ken Johnson and supporters of Michelle Grabner a little more than a year ago, when Johnson essentially condemned the artist’s work, in a solo show at James Cohan Gallery, as the wan products of “a comfortably middle-class tenured professor and soccer mom.” Hyperallergic‘s Steinhauer again launched an attack two weeks later, accusing the critic of sexism and classism. Artist Amy Sillman joined in the fray with a letter of protest to the Times arts editor, and the fracas ballooned swiftly on Facebook, garnering hundreds of comments. But Grabner sweetly turned the other cheek and delivered the ultimate response a year later in the form of a gingham-clad soccer ball, a three-dimensional reprise of paintings she had made three years earlier (you might still be able to find one from an edition of 1,000 for only $65). The riposte was funny and smart and far more effective than a punch in the nose, which after all will fade from view within a few weeks while the Internet battle lives in perpetuity.

As the saying goes, you can’t buy publicity like this.

But how do you grab a critic’s attention in the first place? There are no easy answers. You can start by “friending” a critic on Facebook, but bear in mind that Jerry Saltz, for one, has some 4,800 Facebook friends, many of whom will hit the “Like” button for just about any post he puts out there. “Occasionally I’ll get a message on Facebook saying “Hope to see you at the opening,” says L.A. Times critic Christopher Knight. “People seem to think that if you’re an art critic what you’re doing is socializing all the time.” He adds that he rarely goes to openings anyway because—given the crowds, the noise, the confusion, and the cheap Chardonnay—this is the worst time and place to look at art.

Peter Plagens, who writes for the Wall Street Journal, says there’s not much an artist can do to snare his interest “other than showing in a gallery or museum, or having his/her name whispered in my ear by a friend whose judgment I trust. I made a decision a long time ago that I’d deal only with ‘published’ art.” And forget about Instagrams and tweets. One aspiring artist who was part of an ambitious show in Los Angeles sent Knight an Instagram of Ed Ruscha at the opening, with the tag “I think Ed liked my work.” I asked if Knight got the photo. “I have an Instagram account,” he admitted. “But I never check it.” (Nonetheless, the exhibition, “Paperworks,” at the Craft & Folk Art Museum, earned a glowing review, but from an L.A. Times reporter, not Knight.)

Some critics, like Karen Wilkin and Peter Frank, will make studio visits on a case-by-case basis, usually at the recommendation of a mutual friend. And that request could lead to a deeper engagement. “I ask everyone who approaches me to keep me posted about their work because I’m always looking for things that catch my interest,” says Frank. “If I don’t like an artist’s body of work now that doesn’t mean I won’t like it in future.” 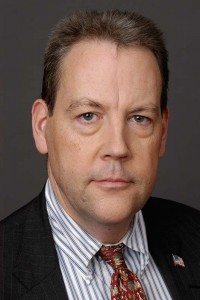 Others want nothing to do with that level of intimacy. “I find them very awkward because of the fraught atmosphere of expectation,” says Eric Gibson, editor of the Leisure & Arts page of the Wall Street Journal. “I need time with works of art. I need to look and think and maybe look again, and that’s not what a studio visit is about.” Plagens, who is both a painter and critic (and who will be interviewed in a podcast with Vasari21 in the next few weeks), says flat out: “Studio visits are painful. You’re a guest who must soften comments at all costs. I don’t like studio visits to my studio, either.”

An artist friend who recently showed an impressive installation in Brooklyn was frustrated from the lack of attention and dropped off press kits for the piece at the offices of various art magaines and newspapers; regrettably, she reported that this tactic didn’t yield much in the way of results. But she is friends with a well-known critic who spends summers near her studio and has been cultivating that relationship. “It all comes down to community and personal interaction. But you can’t push it too hard or it’s a turn-off,” she says. “Try to get yourself known. If a critic is giving a lecture, go and ask questions afterward. Or go to his or her book signings. Try to become more than a face in the crowd and a press release. ‘Liking’ a writer on Facebook is just not enough.”