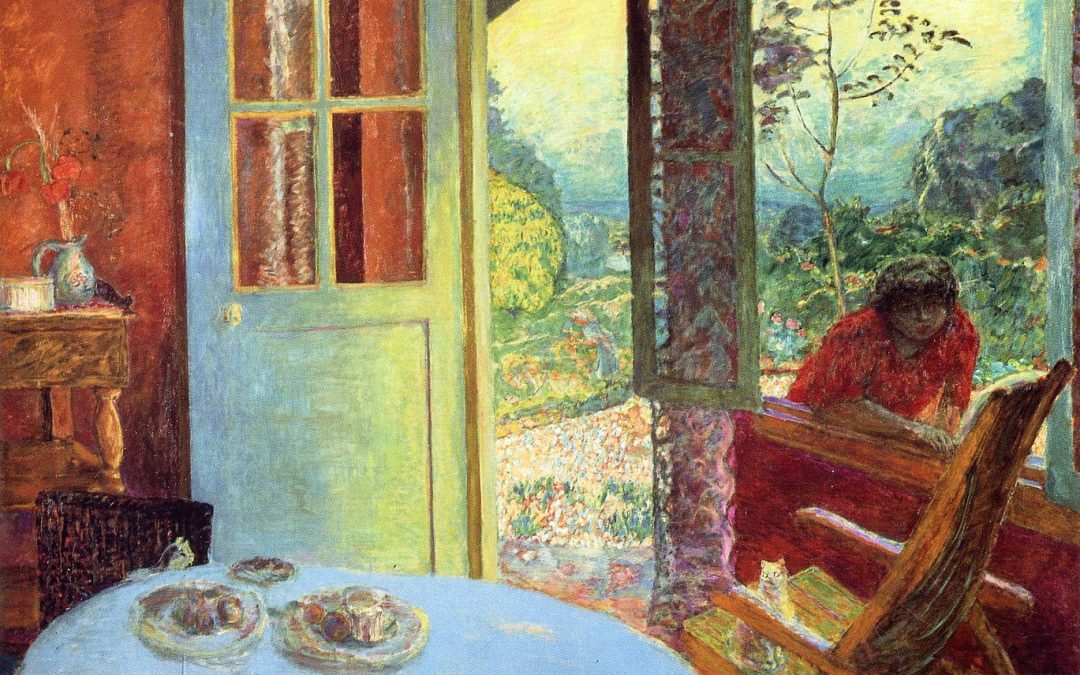 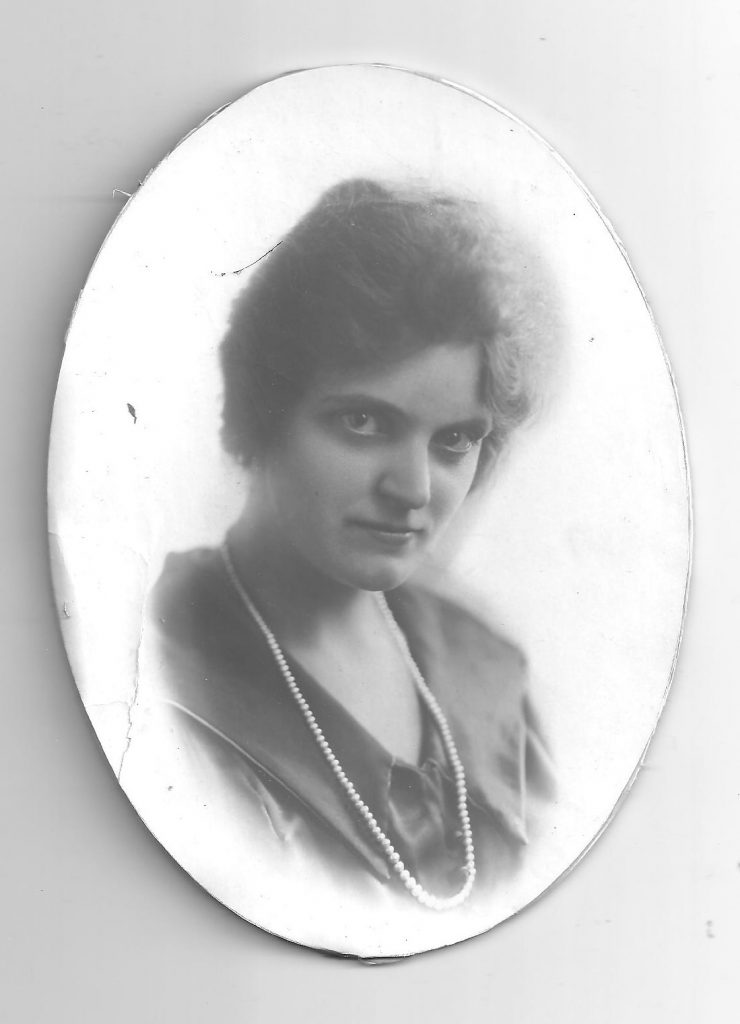 When I was a little girl, my brother and I flew every summer to visit my mother’s parents, Nanny and Bompa, at their semi-rural home in Farmington, Michigan. A flight back then was thrilling, an occasion for dress-up, and we were outfitted like a pair of Waspy kids on their way to church in the “Dick and Jane” books. A stewardess (yes, that’s what they were called) gave us pins that looked like metal wings and paid us special attention because we were, of course, awesomely adorable. Who collected us from the airport I now no longer remember. Maybe my Uncle Bob, an apelike man who exaggerated his primate affinities by swinging from the apple tree in my grandparents’ back yard. Or perhaps my Uncle Bill, a Navy vet with an armful of exotic tattoos, including a Hawaiian hula girl who moved her hips when he flexed his bicep. 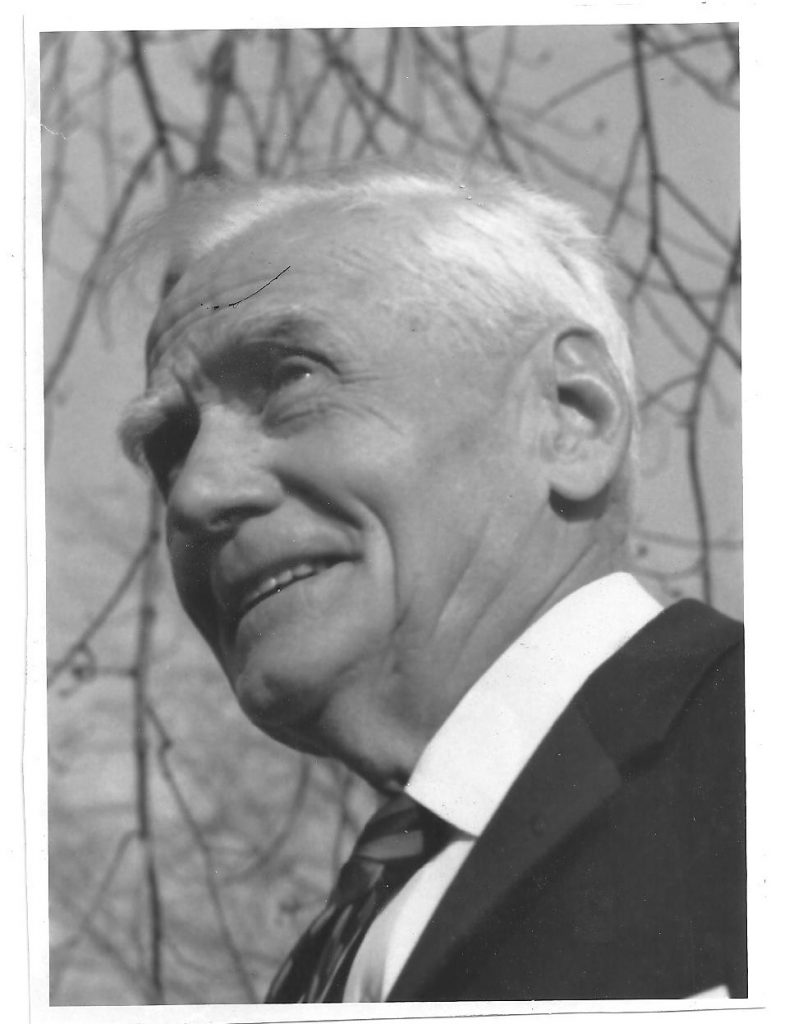 My grandmother was a bosom-y cushion-y woman whose placid and cheerful exterior hid sad secrets. She had lost her first husband to mustard-gas poisoning in World War I, and then two young daughters to the Spanish flu pandemic of 1918. It was not a subject ever broached in front of her, and my Aunt Joyce found out only after digging around among papers and photos in the attic. She confided in my mother, but I learned about the earlier family only after Nanny’s death. My grandmother must have been a woman of considerable pluck, because she remarried soon after her first two daughters’ deaths and gave birth to my mother in 1920. Two more children followed in the next decade.

My grandparents were Christian Scientists, and the tenets of that faith were explained to me at a young age, along with some history of Mary Baker Eddy, who founded the loopy Protestant sect and was rumored to have been buried with a telephone in her coffin in case life beyond the grave proved possible and the conversation too dull. If Jesus could cure all ailments, I asked Nanny, why did she and Bompa have to wear eyeglasses? She sighed and resumed plucking the hairs on her chin. And what did Christian Scientists believe about heaven and hell? She told me they went to a “different plane of existence” after death, and so of course I envisioned a United aircraft with angels hanging out on the wings. When she was dying, in the late 1960s, and finally consented to be hospitalized, it was discovered that she was an active carrier for TB. Everyone who had come into contact with her had to be tested. 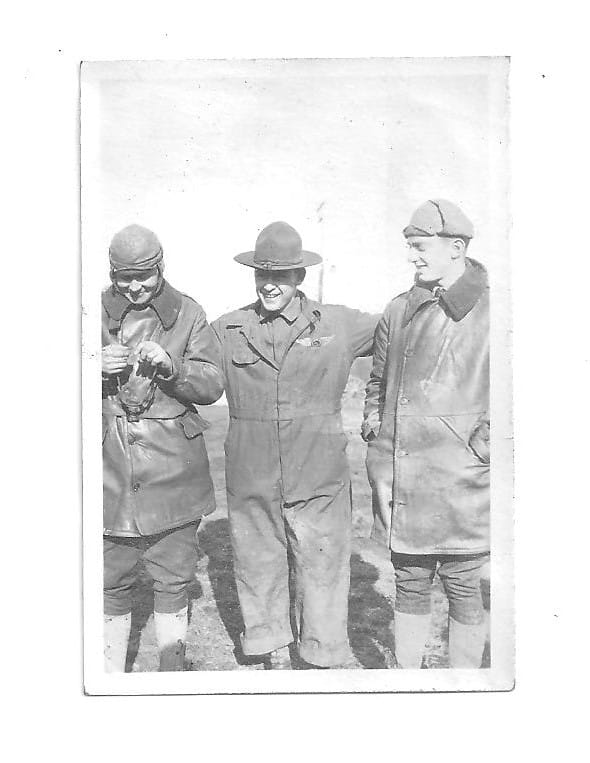 I found this photo in an old album after my mother’s death, and believe the man in the center may have been Nanny’s first husband, who died of mustard-gas poisoning in World War I

I don’t recall my grandma as an especially great cook, but the household always had corn and tomatoes from the garden and fresh eggs from the hens they kept. (Freddy, a brazen rooster, often joined us inside for Lawrence Welk on Sunday nights. And it was from this show that Nanny would pick out future husbands for me, like the young John Denver.) There was also salt-rising bread and tangy Vernor’s ginger ale, with a kick unlike any other soda, then available only in Michigan.

But the dish I remember best is Swiss steak, a recipe that’s probably been out of fashion for ages, and takes its name not from Switzerland, but from a technique of tenderizing known as “swissing.” Nanny used the edge of a saucer to pound the meat, as her underarms jiggled and flour jumped from the slab of beef, which was then combined with tomatoes and onions in a pressure cooker. I wanted to recreate the dish, and the first couple of times came up with an insipid and bland tomato-beef stew (and probably we loved the blandness in those days). A few more tries and I have tweaked it to a flavorful recipe to which you can add potatoes or peas or whatever. Serve with noodles. But I defy you to find salt-rising bread anywhere but a few places on the ‘net. Maybe I’ll make it myself one of these days, and share the result.

I have used several different cuts for this: something called “petite sirloin” from my local Albertson’s; bottom or top round, cut into thick steaks; and most recently a chuck roast, which was a bit too fatty. Look for leaner cuts. The thickness will of course determine the length of cooking. If you’re adding veggies like baby carrots or small Yukon gold potatoes (quartered or halved), put them in the slow cooker about two hours before the meat is done.

Generous squirt of tomato ketchup (about ¼ cup or to taste; see notes)

Tomatoes: I recently (and inadvertently) used a can of “salsa style” fire-roasted tomatoes, which gave the sauce a spicy twist, perhaps too piquant for most. But give it a try if you like a Tex-Mex spin on Swiss.

Onions: My dear friend Roland Marandino, author of the excellent blog Cooking from Books, used to wear swim goggles while chopping onions (I don’t know if he continues to do so). I find that popping the onion in the freezer for about 20 minutes before chopping forestalls the tears.

Ketchup: This is a not totally necessary and appears in no other recipes I’ve consulted, but I like the touch of sweetness. I’ve added ketchup to all manner of stews, including (quelle horreur!) boeuf bourguignon, as you can discover in my reminiscence about a catering business I ran with a friend in college.

Top: Pierre Bonnard, The Dining Room in the Country (1913)